Here's another anime movie coming to the PH soon! 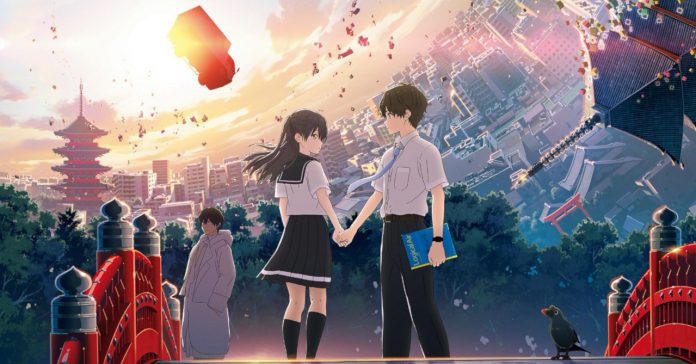 With the recent camcording issue, things weren’t looking too good for anime screenings in the Philippines. Thankfully, it looks like anime movies will continue to release in the PH!

Pioneer Films recently announced that it will release the anime film “Hello World” in theaters this month, specifically on October 30, 2019! The announcement was made via a post in the Anime Movie Philippines Facebook page: 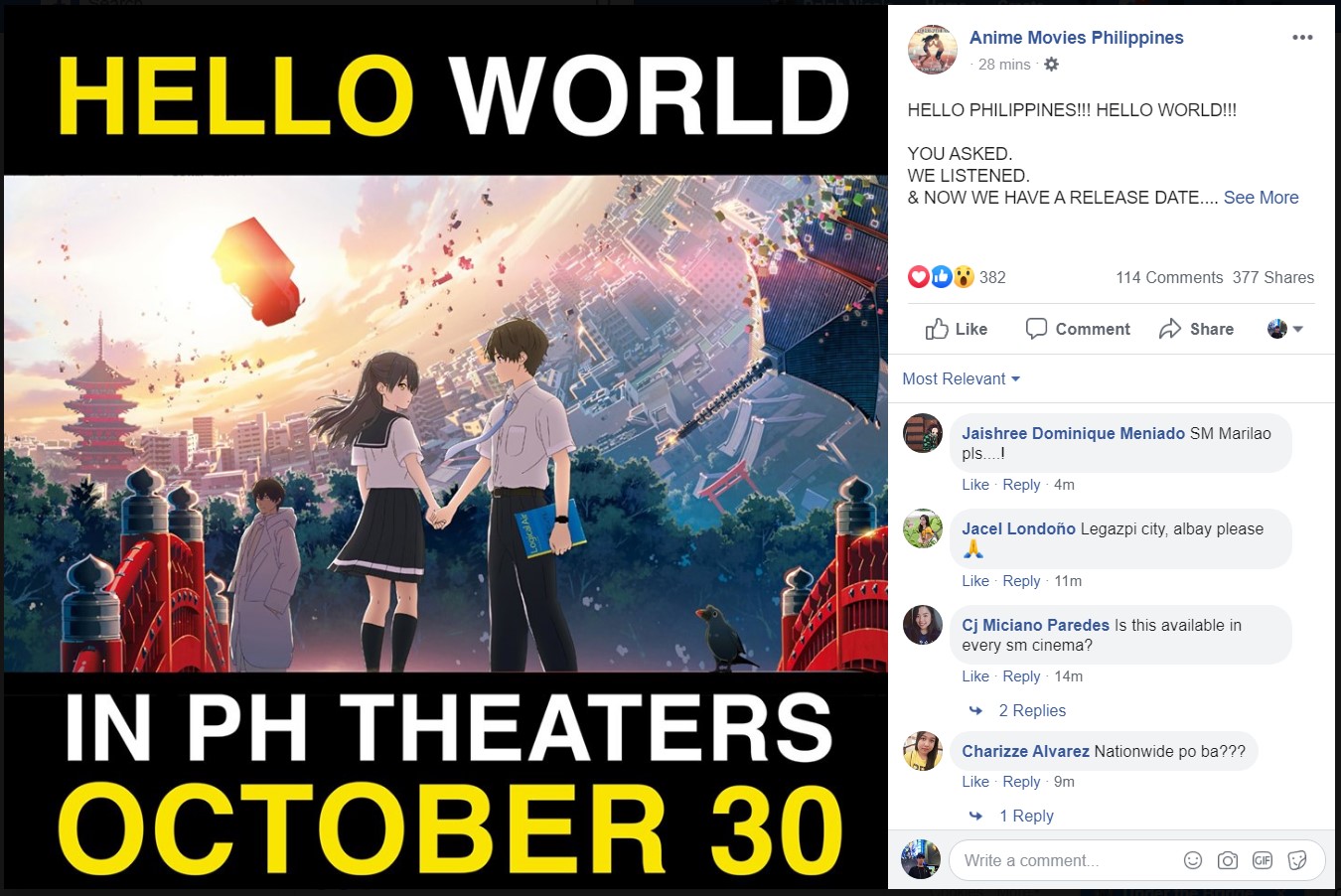 While Pioneer Films has confirmed that Hello World will screen in the Philippines, there’s no word yet on which cinemas the movie will be shown in. Here’s hoping it gets a wide release like last August’s Weathering With You.

In case you’re unfamiliar, Hello World is an anime film directed by Tomohiko Ito, the director of Erased and the first two seasons of Sword Art Online. Hello World follows the story of Naomi Katagaki, a man who travels back in time to relive his high school years and “correct a bad decision.” The film is set in Kyoto, and features famous Kyoto attractions such as the Fushimi Inari Shrine and the Kamo Shrine.

Watch the trailer for the film here: