Not only is it illegal, it might even mean the end of anime screenings in the PH. 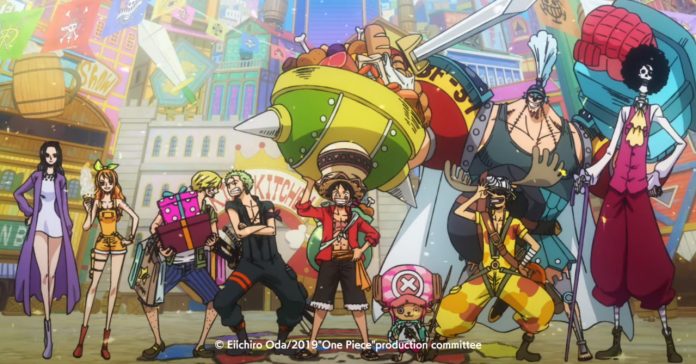 So far, 2019 has been a great year for Pinoy anime fans considering the amount of anime films that were shown in Philippine cinemas such as Dragon Ball Super: Broly, Code Geass: Lelouch of the Re;surrection, Weathering With You, and many more. With the significant amount of screenings this year, we hoped that this meant more anime in local theaters will be shown in the future.

Recently, film distributor ODEX Philippines released a statement saying that a video clip from the One Piece: Stampede movie was uploaded on YouTube, and the clip originated from a Philippine cinema screening. Read ODEX’s full statement here:

Sure, it may just be a clip, but you have to understand that doing so is (aside from being very much illegal) quite damaging to the industry. Despite the growing fanbase, Japanese film distributors may just opt to stop releasing anime movies in the country if leaks continue to happen on the simple grounds that it’s just bad for business. Some might be in denial and say that it’s not gonna happen but this risk is VERY REAL. After all, the Philippines is a relatively smaller market compared to the likes of Japan, China, Korea, Taiwan, and others. Distributors would definitely want to preserve the viewing experience of fans in major markets.

Now, we kind of understand the reasoning of some people who insist on sharing clips. Basically, it’s just sharing proof that they watched the movie and how hyped up they are about it. While the intention may be to promote the movie, doing so:

At the end of the day, it’s the dedicated Pinoy anime community that will suffer if these leaks continue to happen.

We from UnGeek love the anime scene as well as the growth the industry has been enjoying recently. To everyone reading this, we implore you: Please take a stand against actions like these. Let’s all do our part to make the industry grow and all of us anime fans will have a bright future to look forward to – where the anime scene in the Philippines is thriving. Where we can get big screening after big screening, event after event, concert after concert… the possibilities will be endless. We just have to be respectful and vigilant. And we all of us have to pitch in.

So what do we do from here? A few things:

1. Report any leaked video on YouTube, Facebook, etc. to ODEX Philippines (or to the local anime distributor)

The ideal scenario is for people to realize that sharing clips from theaters is bad and stop entirely. But should more leaks happen and you spot one of them, please do give a message to ODEX Philippines to flag them. If it’s an anime movie released by a different distributor, try to contact that specific distributor if you can. Showing that the community is actively policing themselves is a good sign to businesses and is definitely a step in the right direction for continued business.

2. If you want to share your experience, just take photos of the film poster, share a trailer screenshot, or even just your ticket

Sometimes an anime film is just too exciting not to talk about and share on social media. If you must share something, a safe bet is to take a picture of the poster outside the cinema, or just grab a screenshot of an official trailer. You can even take a photo of the tickets you bought and post it online to help build hype for that film. These options shouldn’t be an issue and are way better alternatives to help promote the movie.

3. If you know someone who records anime screenings, tell them to stop

Now, if you know someone personally who has recorded and/or shared an anime screening clip, tell them to stop doing so. Spread the word on why these actions are, not just illegal but also, harmful for us fans and implore them to join the cause as well. We said that everyone needs to pitch in for this to work and that’s why we need them on our side. Especially those who meant well and just acted out of turn because of hype, if they can join us, they can help us ensure that the Philippines has a bright future for all of us anime fans.

Let’s all do our part and, hopefully, we won’t get any more leaks so we get even more screenings in the country.