Another excellent value smartphone from realme! 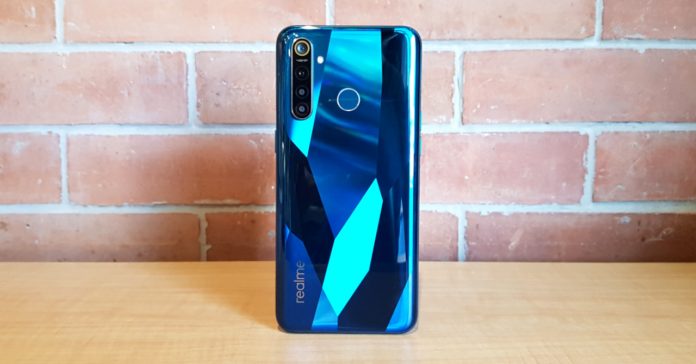 Last week, we released our first impressions of the realme 5 Pro, realme’s first quad-camera smartphone that packs impressive specs, all at an affordable price point. My thoughts on the realme 5 Pro were highly positive during my first few days with it, and the phone continued to impress once I used it throughout the week. 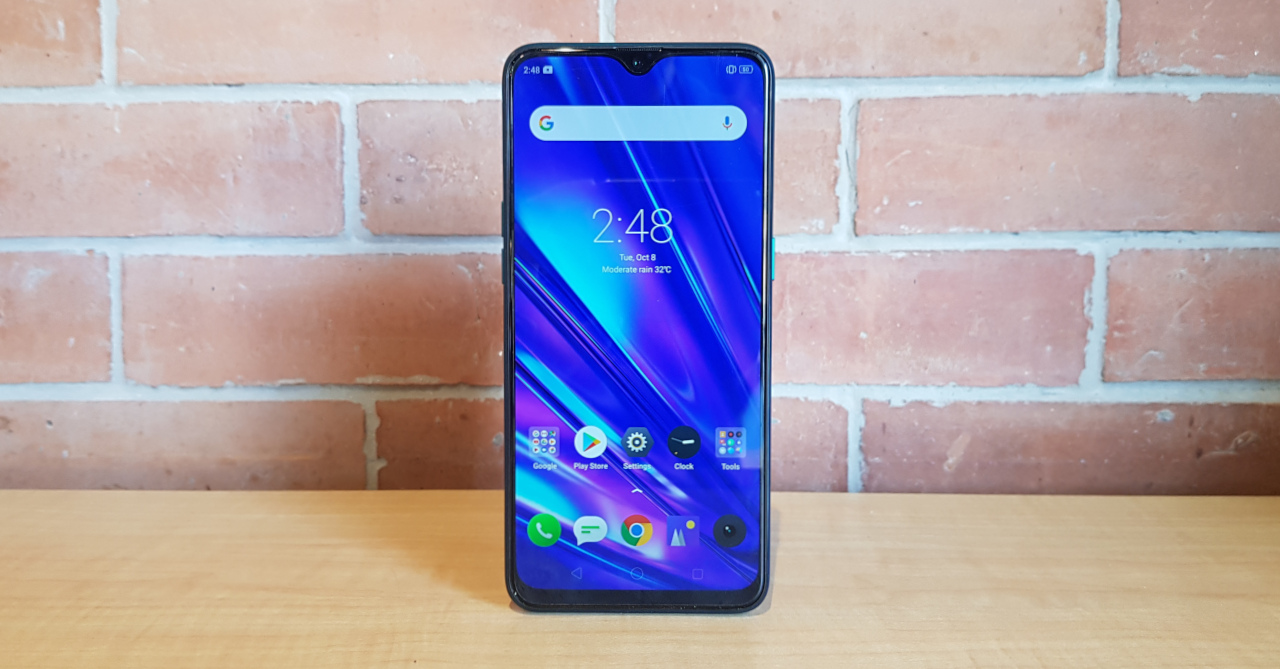 After a week with the phone, I finally got to try it out for gaming, general use, and photography. So does it have what it takes to be the mid-range smartphone to beat? Find out here in our full review of the realme 5 Pro! 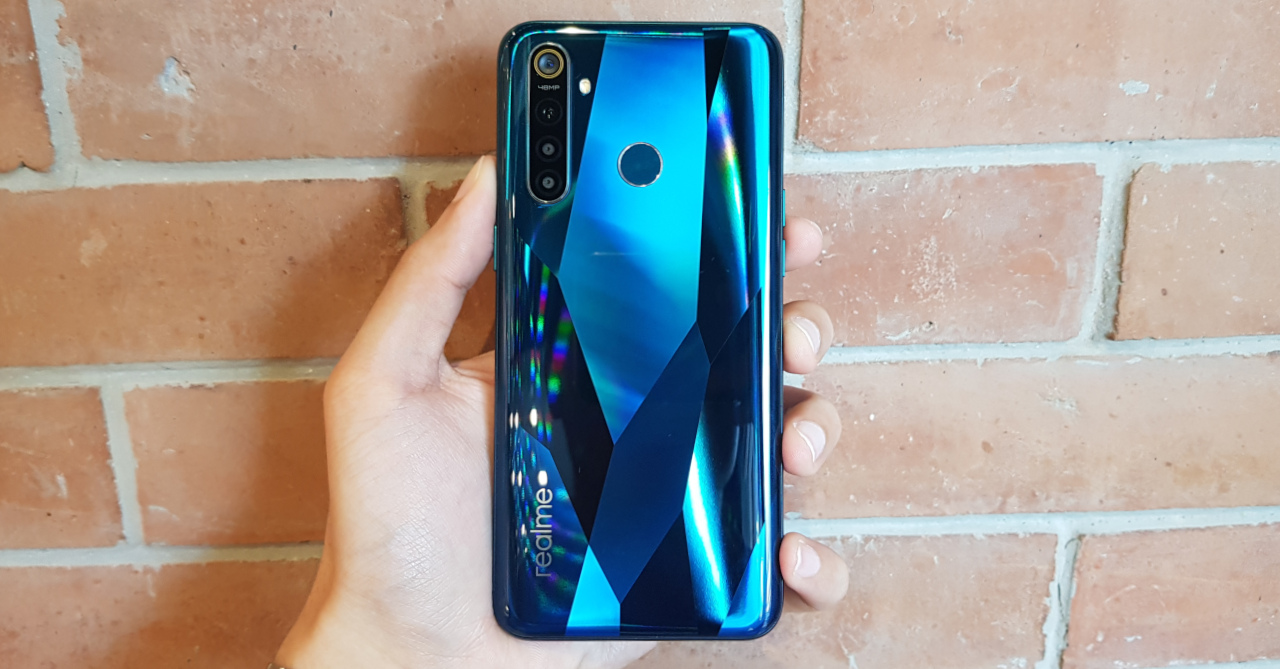 From the back, the realme 5 Pro is one eye-catching smartphone thanks to its “diamond-cut” design, making it one of the most unique-looking phones in the market right now. While the glass-like back is quite slippery, the sides of the phone provide good grip, meaning this phone likely won’t slip out of your hands in regular use. Aside from being grippy, the 5 Pro also feels great in-hand (if you have fairly big hands like me). 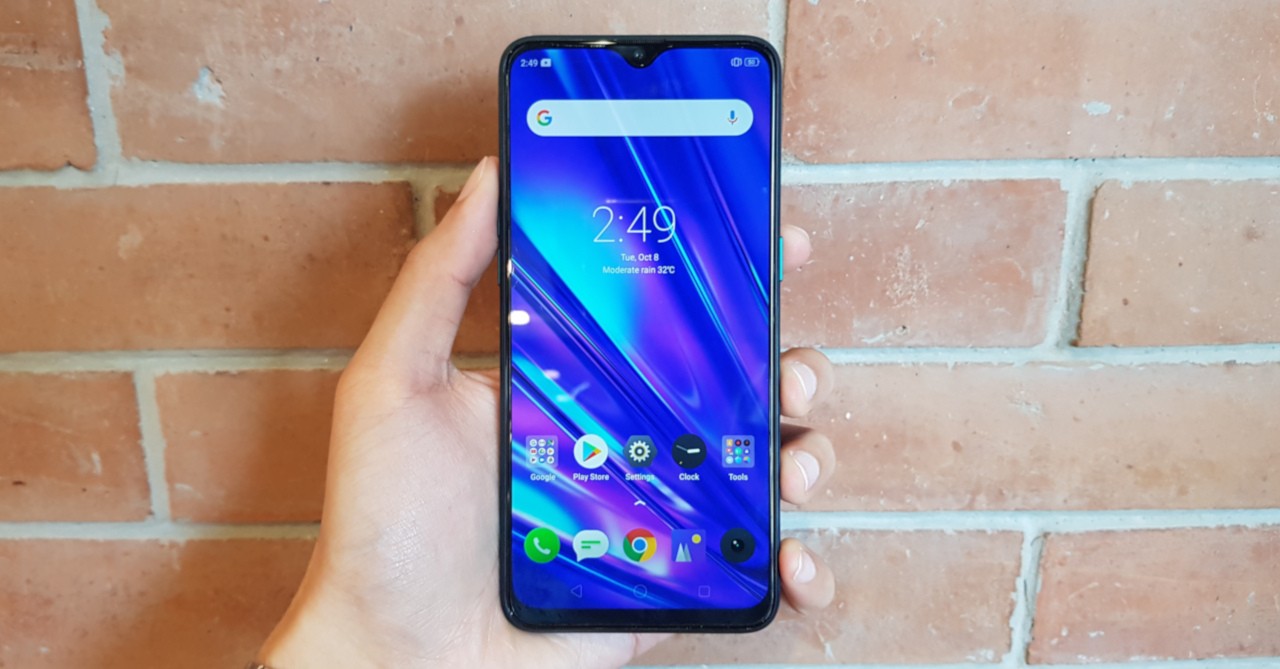 Moving to the front, the realme 5 Pro packs a 6.3-inch display with a small teardrop notch, making for a nearly all-screen front. The display doesn’t just look good design-wise though, it’s also protected by Corning Gorilla Glass 5, meaning it should be more resistant to scratches compared to standard screens. 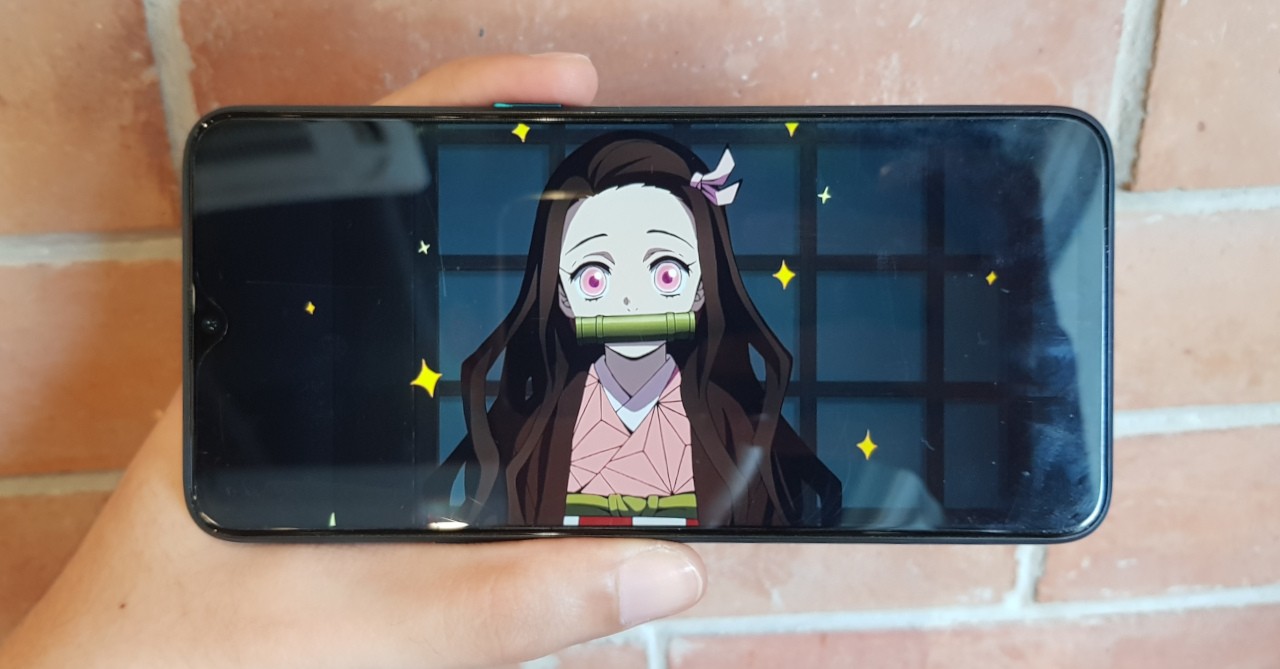 As mentioned above, the realme 5 Pro packs a 6.3-inch display with a 2340 x 1080 resolution (19.5:9 aspect ratio). Thanks to the FHD+ resolution, the realme 5 Pro is a great match for binge-watching. When watching movies/series, the display has a fairly sharp output with good colors, plus it gets plenty bright even outdoors.

Audio-wise, the realme 5 Pro’s onboard speaker performs well as it gets decently loud, not to mention that audio quality is clear even at max volume. Still, I recommend headphones when binge-watching given that the 5 Pro (thankfully) has a headphone jack. 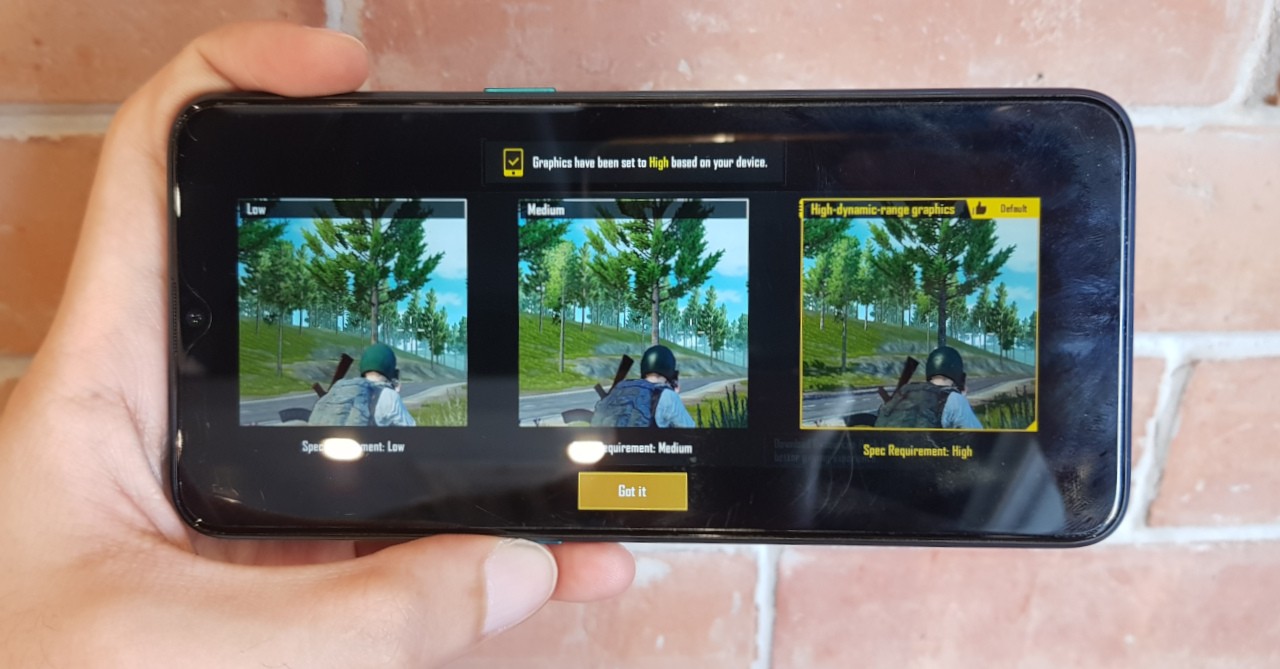 Powering the 5 Pro is a Snapdragon 712 processor, an updated version of the Snapdragon 710 used in its predecessor, the 3 Pro. It’s no surprise then that the realme 5 Pro performs just as good for gaming as the 3 Pro. For games such as PUBG Mobile or Mobile Legends for example, the 5 Pro runs them at max settings with ease.

While gaming performance is around the same, the realme 5 Pro should run faster than the 3 Pro for longer thanks not only to the improved processor, but also because the 5 Pro has an 8GB RAM variant.

While gaming performance isn’t far from the 3 Pro, the realme 5 Pro is a clear upgrade in the imaging department. Realme’s new mid-ranger features a 48MP F/1.8 + 8MP ultra-wide + 2MP portrait + 2MP macro quad-rear camera setup, as well as a 16MP front shooter. Aside from being a versatile setup, the 5 Pro’s main 48MP camera has a Sony IMX 586 sensor.

The new sensor works wonders for daylight photography, with shots taken outdoors in daytime being nearly flagship-quality. Images have good colors and lots of detail, meaning you can crop them without losing much quality. Indoor photos with good or decent light also turn out great.

The 5 Pro’s main camera also allows users to take full 48 MP shots (standard shots are 12 MP), but I’d recommend sticking to the standard shooting mode. 48 MP photos may be larger, but they’re the same quality as the default 12 MP snaps. As for Chroma Boost, I recommend turning it off as colors turn out a bit too unnatural for my liking.

The realme 5 Pro also excels in night photography, especially when using Nightscape mode. Auto mode works well, but images sometimes turn out to be a bit blurry and lacking in sharpness. With Nightscape mode though, you’ll get plenty of detail, just with more-vibrant-than-natural colors.

The 5 Pro’s ultra-wide camera meanwhile, takes great photos in daytime, but has a drop in quality at night (even with Nightscape mode). Unlike with the main camera, Chroma Boost is actually pretty useful when using the ultra-wide camera given that colors in standard shots are a bit flat.

As is the trend in recent mid-range phones, the realme 5 Pro packs a 2 MP macro camera. The macro camera is pretty useful if you like taking photos of stuff up close; just make sure you have lots of light as the macro camera on the 5 Pro won’t take good photos in lower light conditions.

The phone’s depth sensor lets it shoot pretty good portrait shots. In particular, what I like about the 5 Pro’s portrait mode is that it can take shots of items and not just faces. Finally, the 5 Pro’s front camera takes good quality selfies.

Much like with gaming, the realme 5 Pro handled everyday tasks with ease. From social media to productivity apps (like Word and Photoshop Express), the 5 Pro was fast and responsive, and at no point did it slow down.

As for software, the 5 Pro runs on ColorOS 6.1. While I wasn’t the biggest fan of ColorOS back then, the latest version of the software is good given that it’s fairly reminiscent of stock Android at times. In fact, the phone’s default keyboard is Google’s Gboard (always a plus). 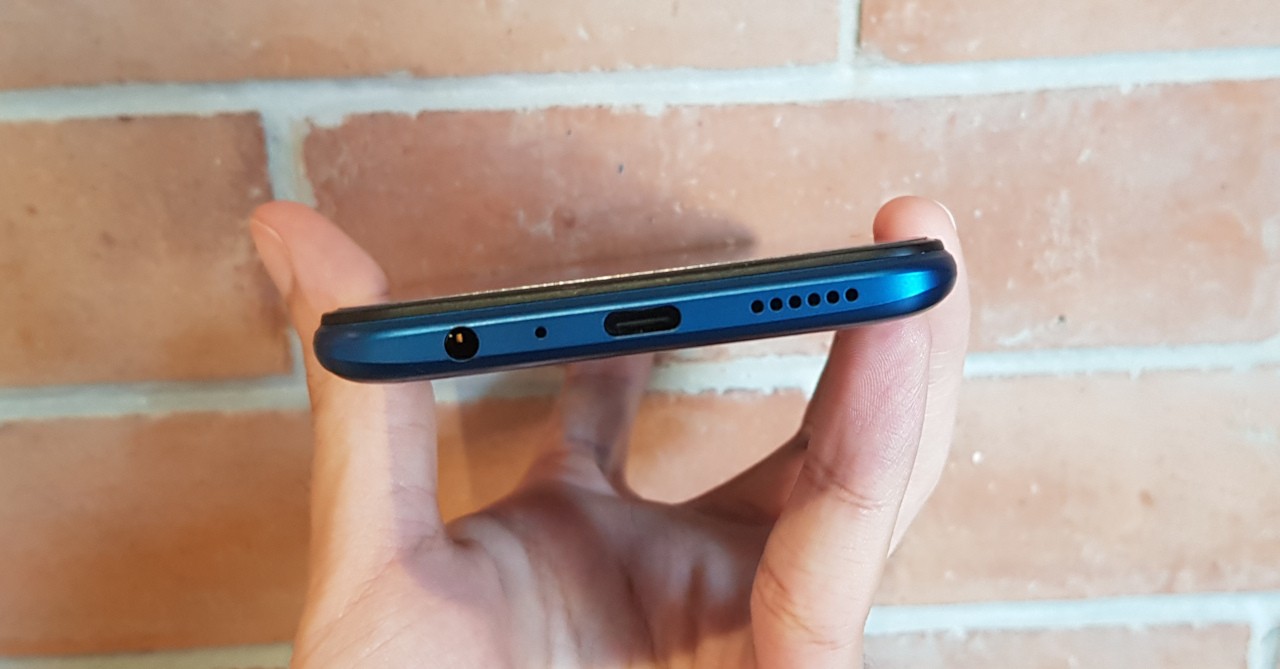 For battery life, the realme 5 Pro easily lasts for a day (or even more) thanks to its 4035mAh battery. In case you do find yourself lacking juice, the realme 5 Pro supports VOOC fast charging. Using the VOOC charger included in the box, the 5 Pro charged to 50% from zero in just around 30 minutes. 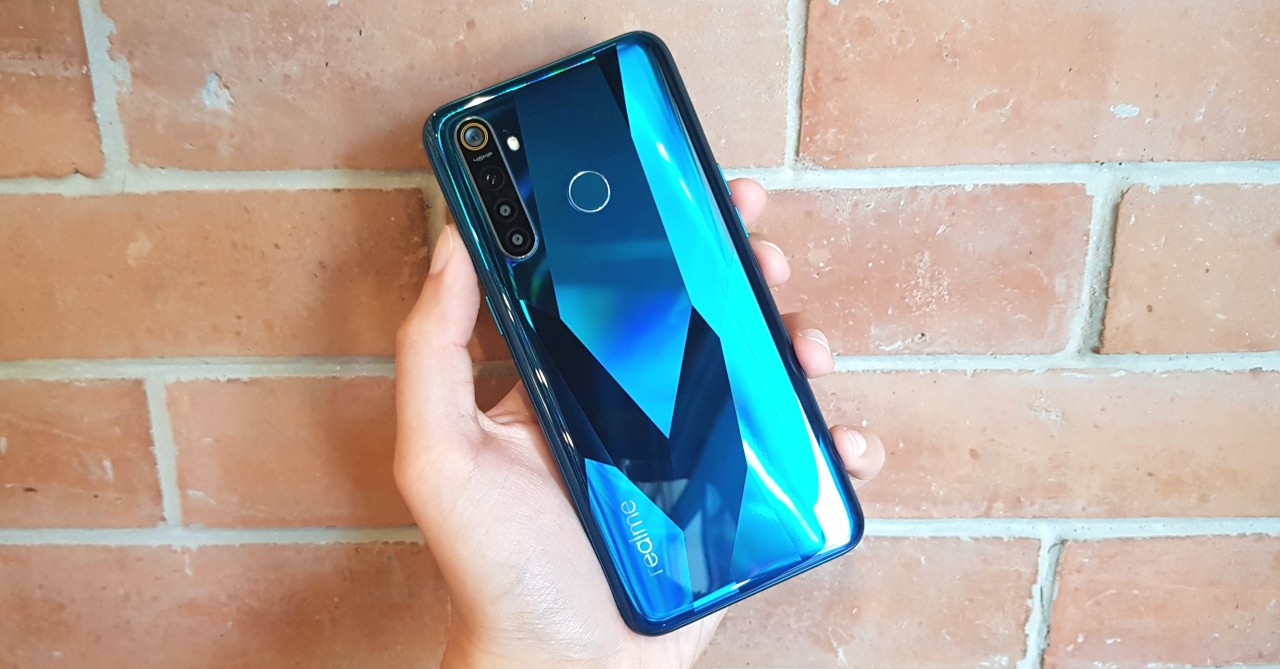 Once again, realme has a mid-range winner on its hands with the 5 Pro. Thanks to great performance, attractive design, and quad cameras that take excellent photos, the realme 5 Pro is a great smartphone overall.

The only thing I would’ve liked from the realme 5 Pro is an improved ultra-wide camera, but given that it’s SRP starts at only PHP 11,990, it’s easy to overlook.

So if you’re looking for a new smartphone with excellent cameras, performance, and looks without breaking the bank, look no further than the realme 5 Pro!

Previous articleCatherine: Full Body Review | Is it Worth the Extra 40 USD?
Next articleWATCH: New trailer for WWE 2K20 ‘Step Inside’ features a terrifying guest

Geek Lifestyle Review: Realme 5 ProThanks to great performance, cameras, design, and battery life, the realme 5 Pro is an excellent smartphone overall, especially as it's starting price is only PHP 11,990.