Realme 5 First Impressions | Just as impressive as the Pro

A big battery and quad cameras are a great pair! 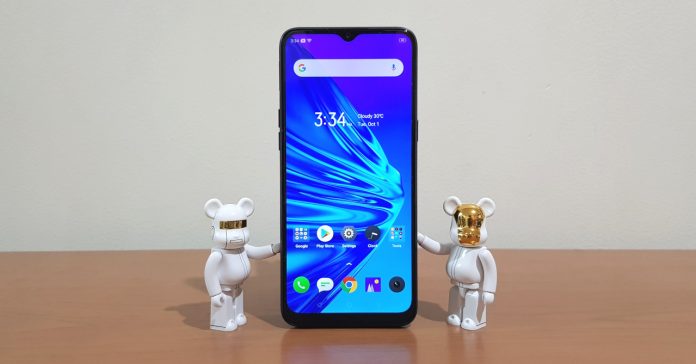 The realme 5 series will officially launch in the Philippines later today, and if you’re curious about realme’s latest mid-range lineup, we’ve got you covered. Yesterday, we shared our initial thoughts on the Pro model, and now here’s our first impressions of the base model, the realme 5.

While the Pro model is no doubt the more powerful of the two, that doesn’t mean the realme 5 isn’t worth considering. In fact, the realme 5 has a couple of advantages over the Pro such as having a bigger battery and display. 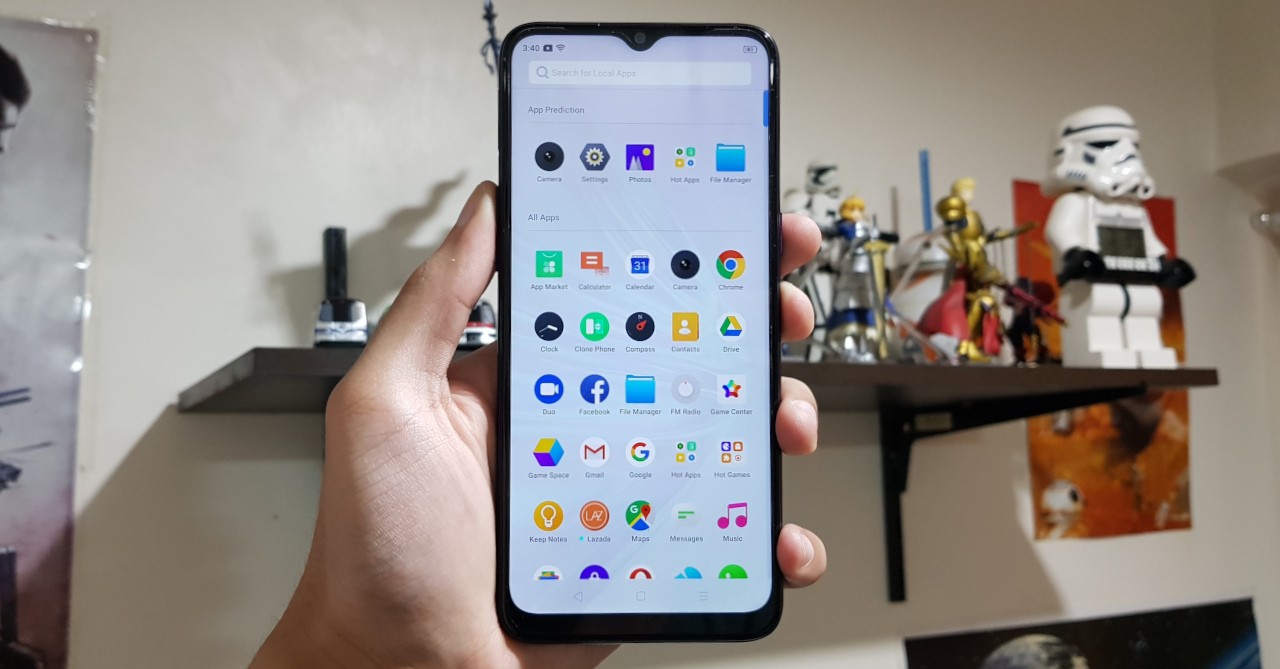 While the Pro variant has a 6.3-inch screen, the realme 5 has a bigger display at 6.5-inches. The trade-off with the base model though is that its screen is only 720p; coupled with being a larger display, the realme 5’s screen isn’t as sharp as the Pro.

An advantage of having a screen with a lower resolution is that it won’t drain the battery as much, not that the realme 5 will run out of juice easily considering it has a massive 5,000mAh battery — that’s almost 1000mAh more than the Pro! If battery life is your priority, the realme 5 should definitely be on your to-buy list. 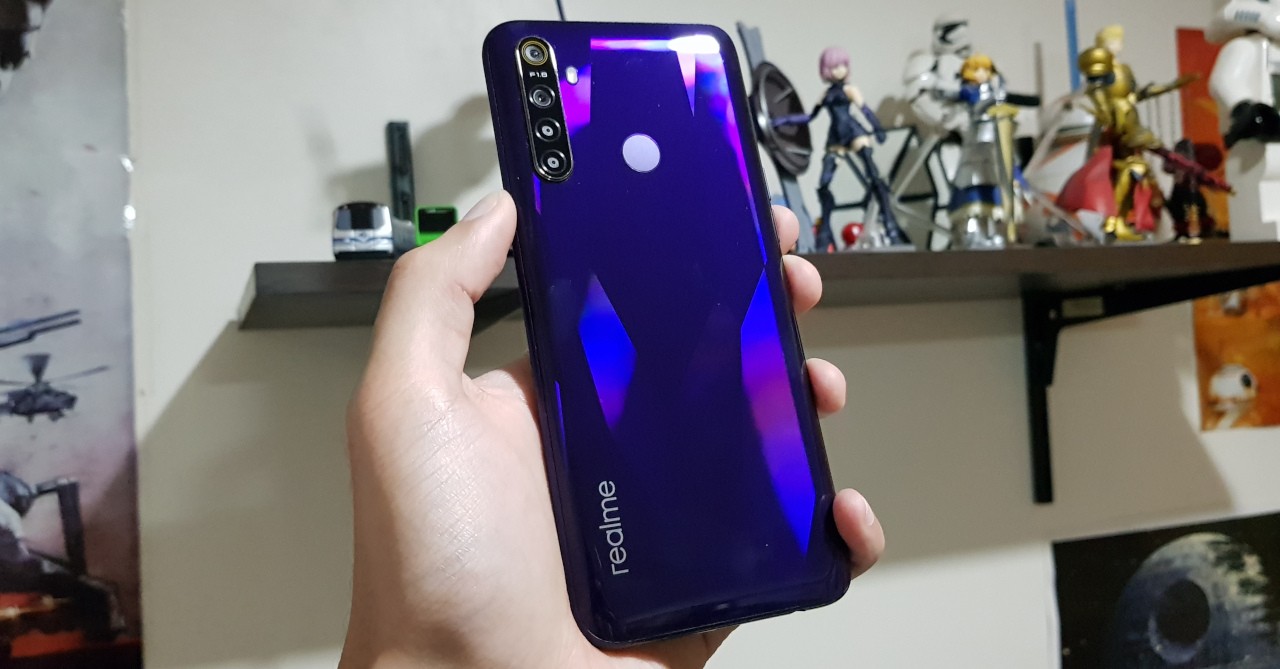 Design-wise, the realme 5 shares a similar look to the 5 Pro, with both phones having glass-like backs with a “diamond-cut” design that looks pretty, especially when light hits the phone just right.

As for its internals, the realme 5 is powered by a Snapdragon 665 processor, plus it has 4GB of RAM and 128GB of storage (at least these are the specs of the review unit we have with us). While we have yet to try out more hardware-intensive games on it, from what we’ve played so far, the Snapdragon 665 holds up well for today’s popular mobile titles.

In our initial test shots with the realme 5, we were quite impressed with the results. Images taken in daytime using the main and the ultra-wide cameras turned out great, with good amount of detail and fairly natural colors. As for the macro camera, it produced decent shots when there’s ample amount of light. Of course, we still have to shoot more test shots for a full verdict on the realme 5’s quad cameras. 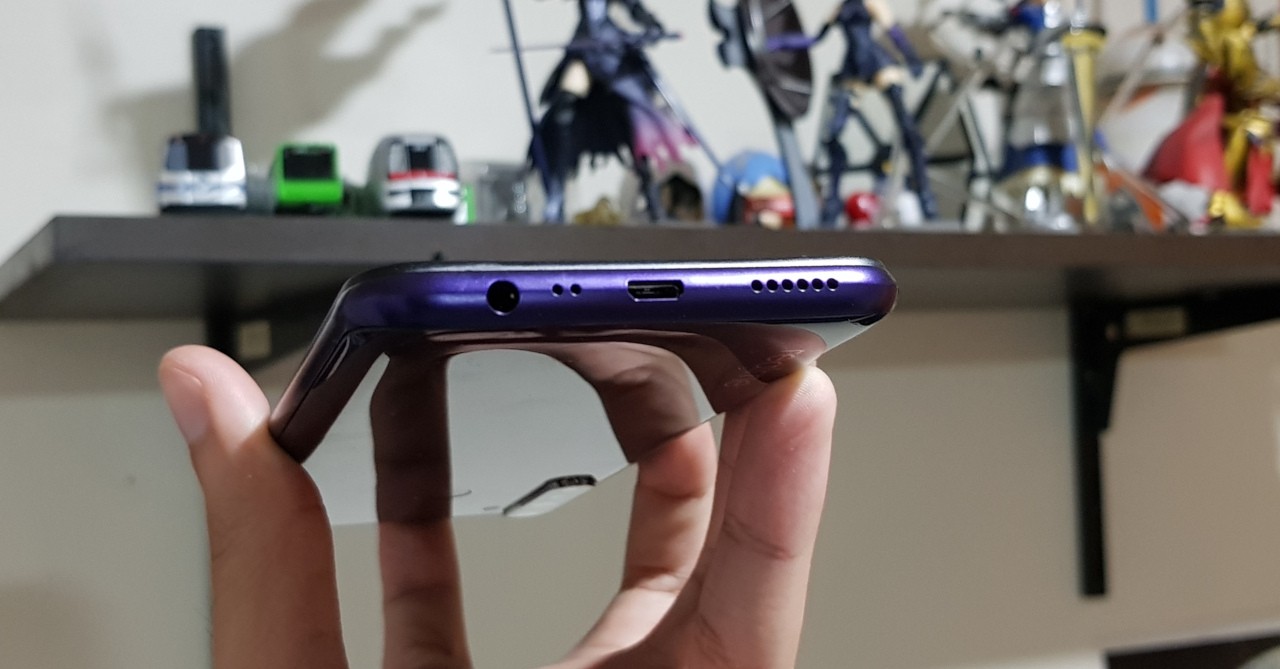 For connectivity, the realme 5 has a microUSB port, not surprising given that this is the more entry-level variant of the 5 series. Thankfully, the phone still has a 3.5mm headphone jack. 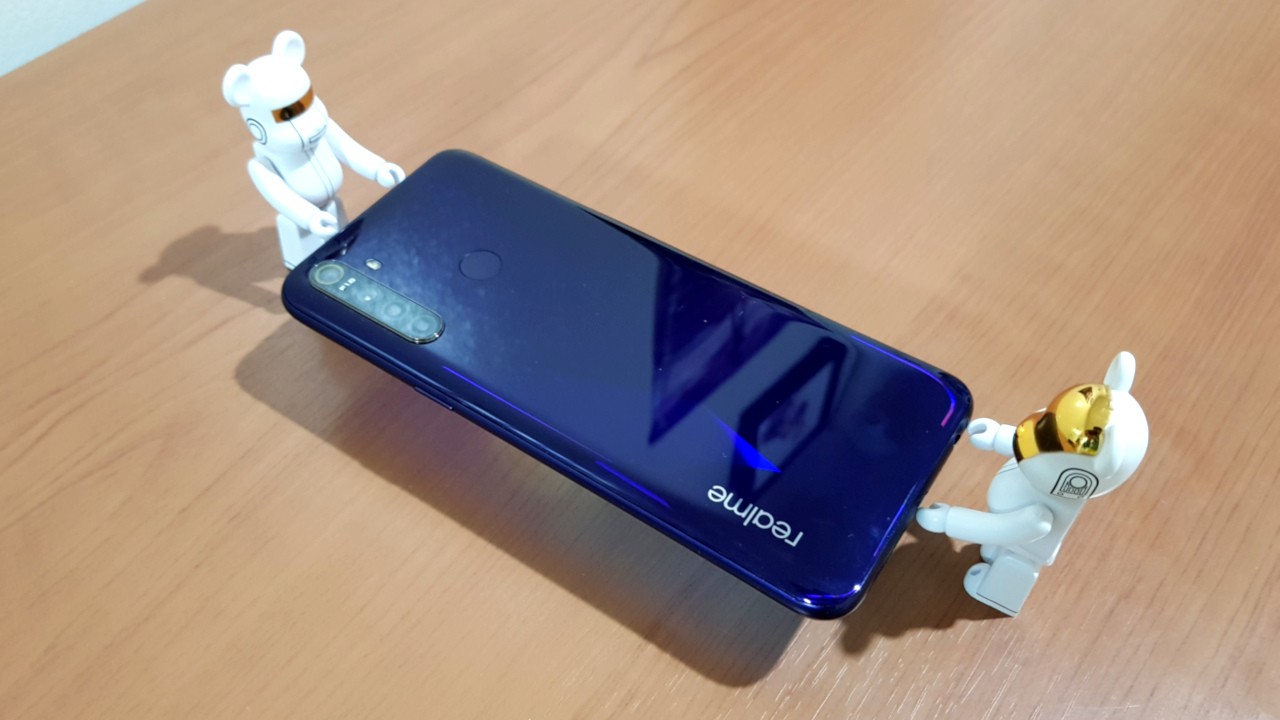 Overall, our first impressions of the realme 5 is the same as the Pro variant in that we believe it’s “another great mid-ranger from realme” with great specs and no real weaknesses to speak of so far. Now the only question is price; if this phone is priced at around or less than PHP 10k (like the realme 3), this phone will no doubt be one of the best entry-level smartphone deals.