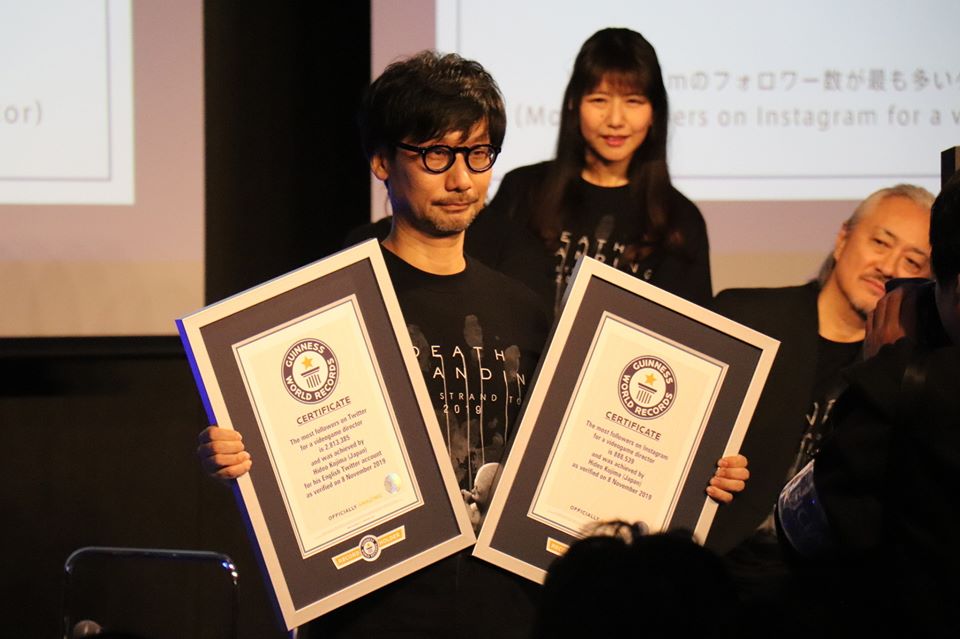 Just in time after the world release of probably the most anticipated game this year, over the weekend, Death Stranding creator Hideo Kojima received not one, but two Guinness World Record awards.

Hideo Kojima receives the Guinness World Records, for the most followed Game director on Twitter and Instagram! #DeathStranding#TomorrowIsInYourHand#WorldStrandTour2019 pic.twitter.com/9NNAPtLz91

Hideo Kojima is widely known to use the platforms mentioned as a developer’s diary of sorts as well as share some fun moments for the followers from time to time.

Death Stranding is out now for the PlayStation 4, here’s our spoiler-free review of the game. Also, for those who are (or will be going) in Singapore this November 17, Hideo Kojima’s World Strand Tour will have its next stop there. Check this link for more details.