Best part is, the game is free-to-play in the event's duration! 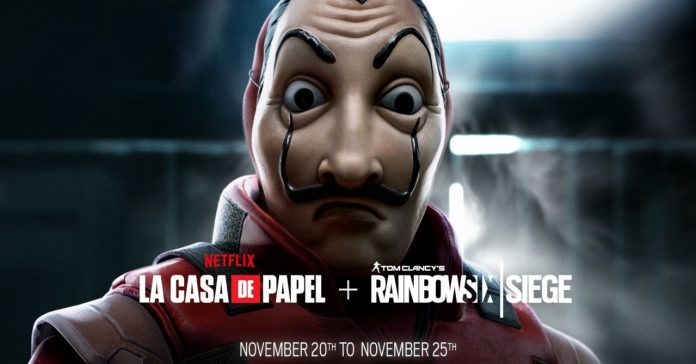 Just a bit over a week since the Operation Shifting Tides expansion to Rainbow Six Siege was unveiled, Ubisoft announced another exciting addition to Siege. Ubisoft has partnered with Netflix for a Rainbow Six Siege mini-event based on the hit series, La Casa de Papel.

The new event, which runs from today until November 25, adds a special La Casa De Papel-inspired game mode. The new mode is set in the map Bank with the returning game mode Hostage; the hostage though is clad in the the infamous red suit and iconic Dali mask from the Netflix hit.

Aside from this new game mode, the La Casa De Papel event also brings in-game items, specifically a full red suit and a Dali Mask for Operators Hibana and Vigil. In total, eight unique items will be available in the event, including uniforms, headgear, weapon skins, and charms (such as Tokyo’s necklase). These event bundles are available for 1680 R6 Credits.

Are you a fan of the series and are interested in trying out the game? Well, now is the perfect time to do so. The La Casa De Papel event coincides with a Free Weekend for the game. Yes, that means you can try out Rainbow Six Siege for free from November 21-25. If you then decide to get the game during the event’s duration, the good news is that your progress will carry over from the free weekend.