A must-have for the biggest of RE3 fans! 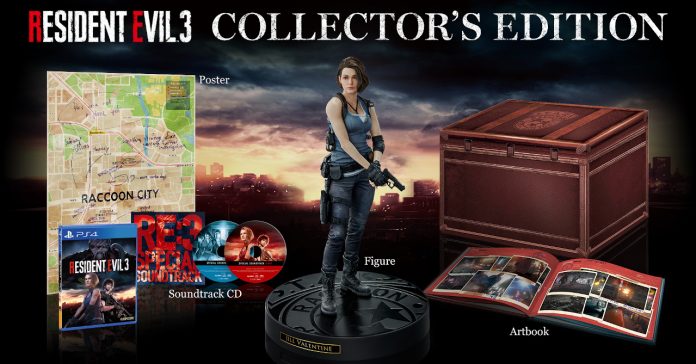 Following the game’s official reveal last Tuesday, Capcom has unveiled the Collector’s Edition for the Resident Evil 3 remake. Much like the RE2 remake CE, this special edition of the RE3 remake comes with an 11-inch figure, though this time of Jill Valentine. 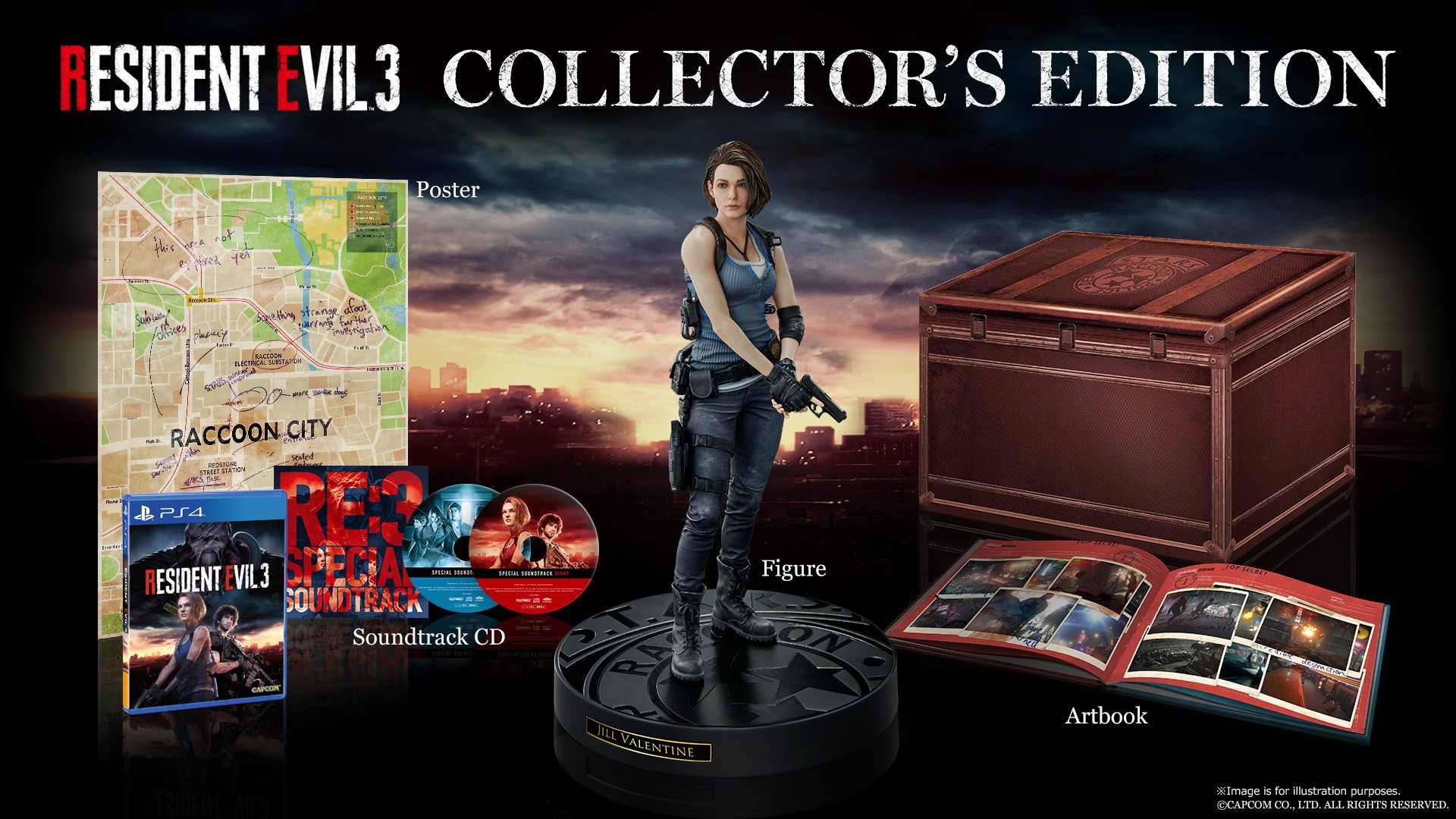 The full contents of the RE3 remake Collector’s Edition include: 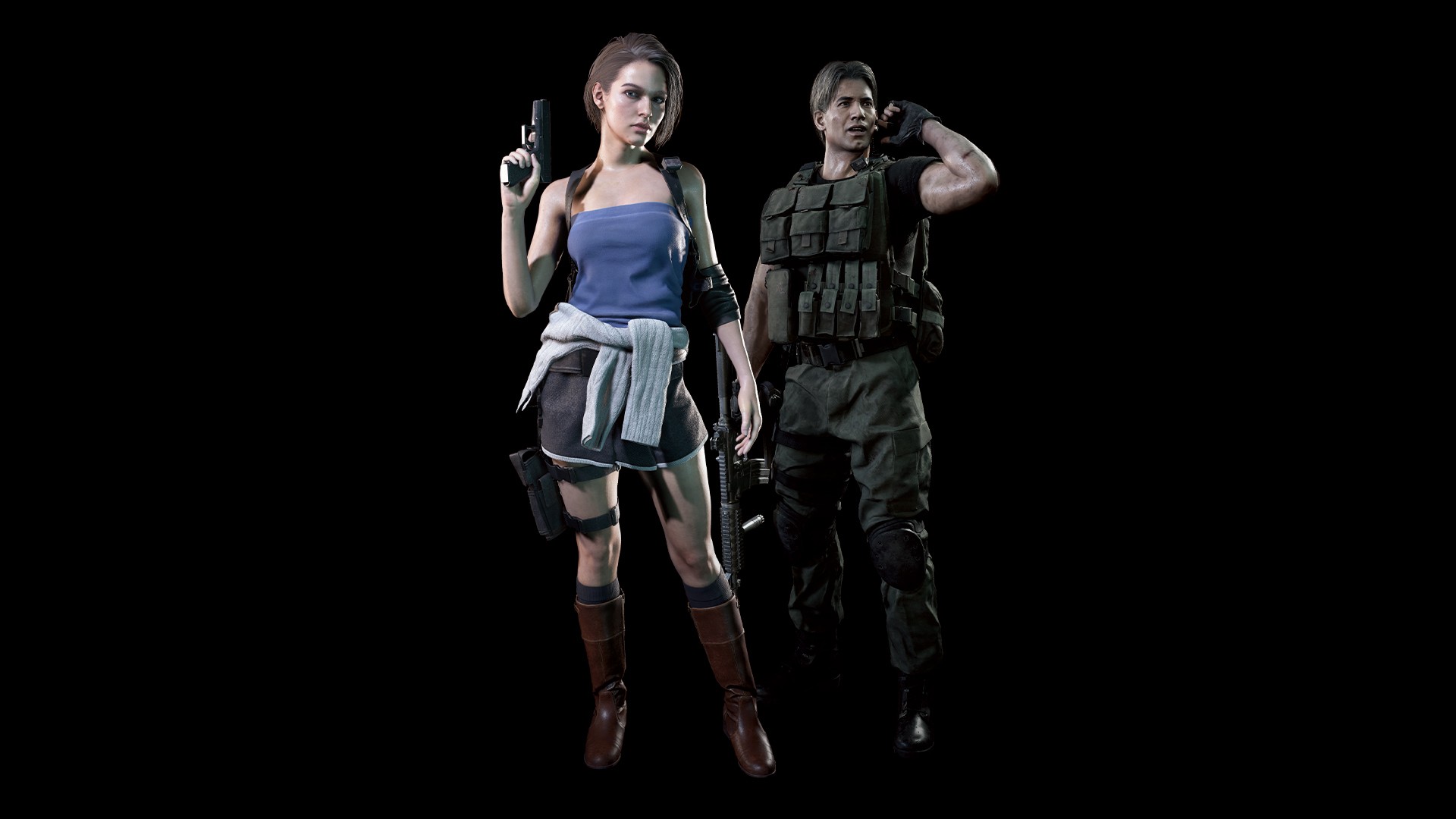 If you buy the Collector’s Edition or the first batch of the game’s regular edition, you’ll receive the “Classic Costume Pack” which changes Jill and Carlos’ outfit to their original 1999 looks; perfect if you’re a big fan of the classic RE3 outfits!

In case you’re unfamiliar, Resident Evil 3 is a remake of the classic RE3: Nemesis, and it plays similarly to the RE2 remake earlier this year. The game releases on April 3, 2020 for the PS4, Xbox One, and PC; and it will come the Resident Evil Resistance asymmetrical multiplayer mode for free (first revealed as “Project Resistance” earlier this year).