A great option without a six-figure price tag. 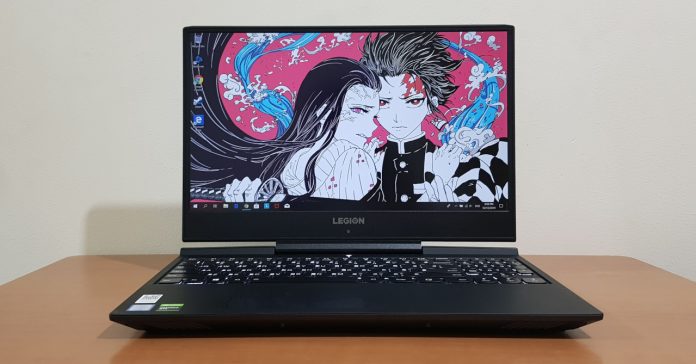 In my review of the Legion Y540 last October, I was impressed by the laptop’s performance thanks to its Intel Core i7-9750H and GTX 1660 Ti combo with a price tag that won’t break the bank. Mind you, the laptop only had 8GB of RAM, but it was able to play most games I’ve tried without noticeable frame rate drops.

Recently, I got a chance to try out the Legion Y545 — think of it as a slightly upgraded Y540. While the Y545 looks quite different than the previous Legion laptops I’ve tried, it has the same CPU and GPU combo as the Y540. Though what makes it different (aside from looks) is that this gaming laptop packs a 144Hz display, and more RAM at 16GB. 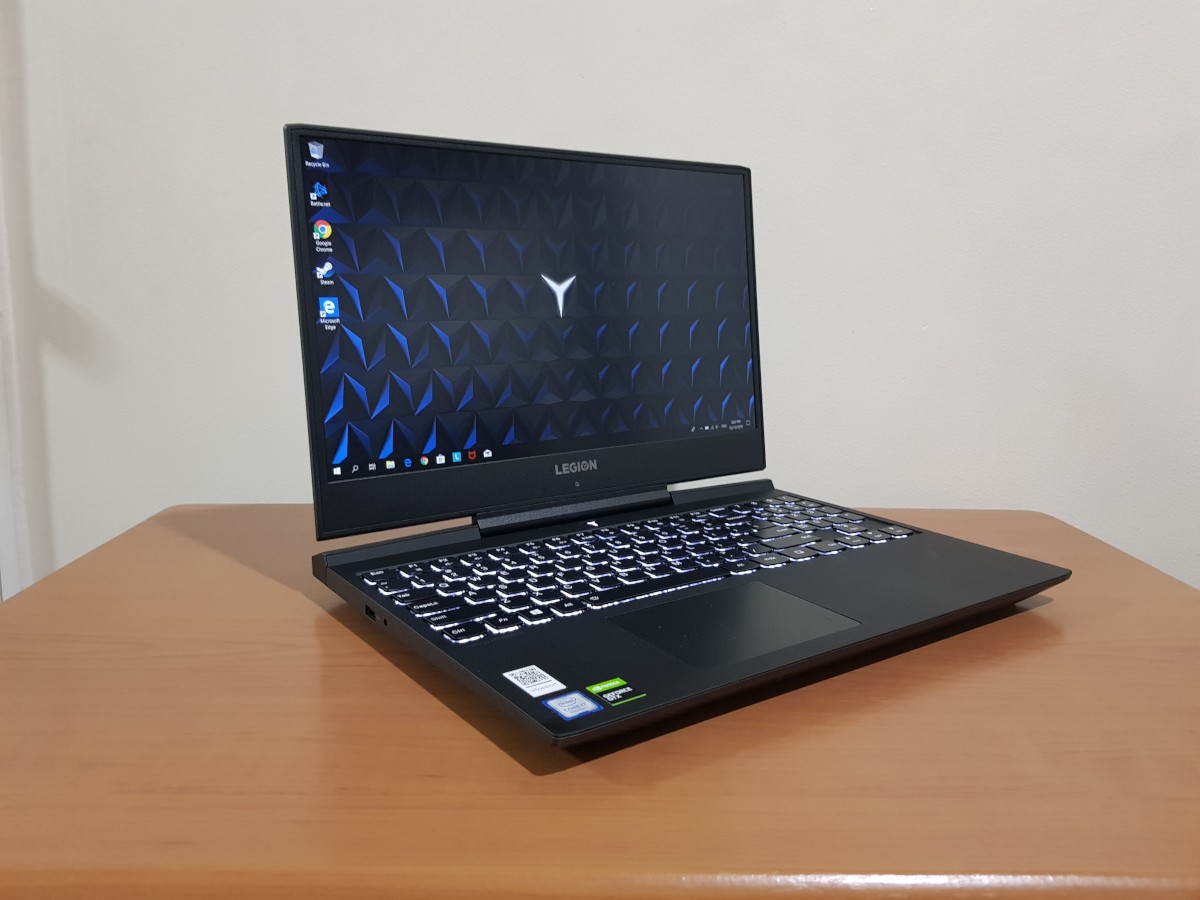 With the bump in hardware, this gaming notebook comes with a slightly more expensive price tag. So is it still a good deal much like its sibling, the Y540? Find out here in our full review of the Legion Y545! 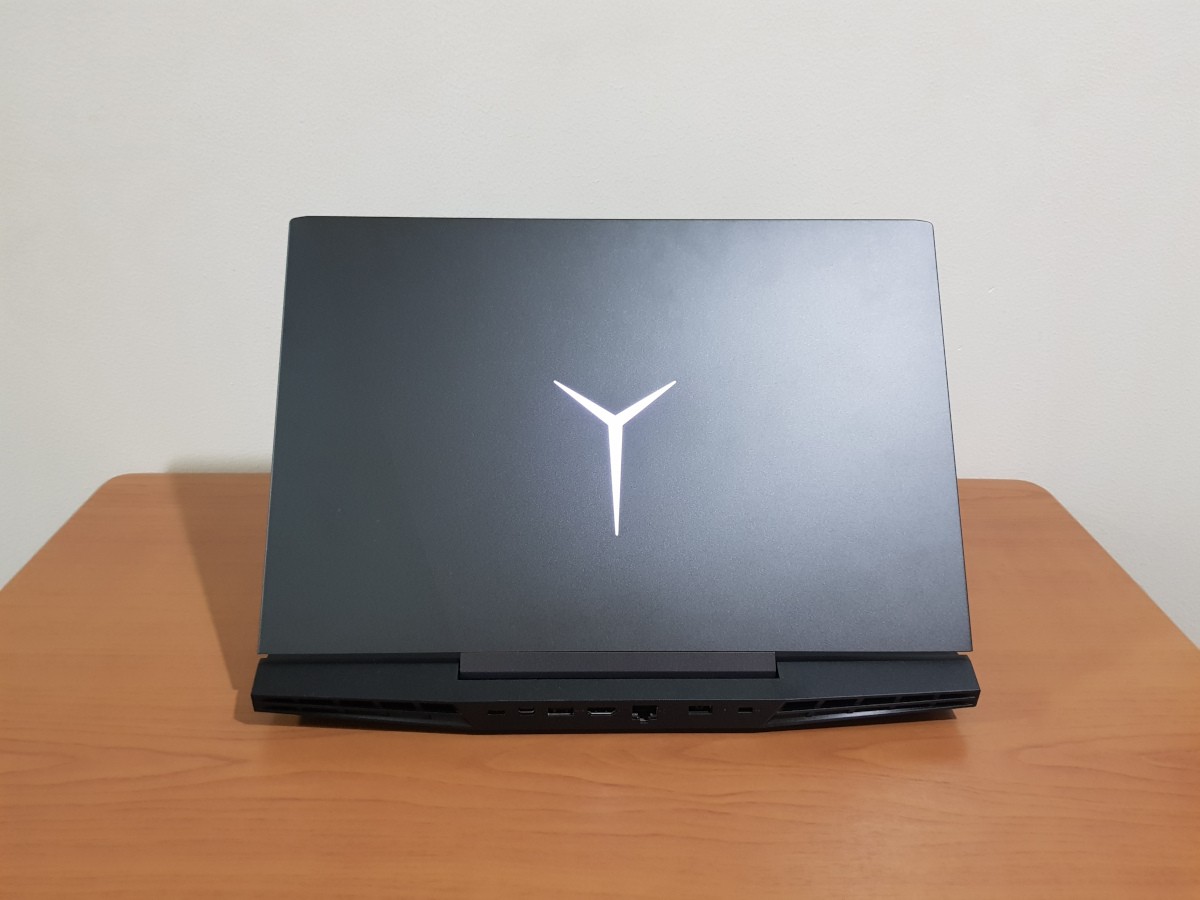 Unlike the previous Legion laptops I reviewed, the Legion Y545 looks a bit different, but in a good way. This laptop features a more angular design and a big Legion insignia at the cover. While the Y545 has a bit more of a “gamer” aesthetic compared to the Y540, the look overall is still subtle and low-profile enough that it won’t stand out that much in an office or a cafe. Even if it’s a bit different from other Legion laptop’s I’ve tried, I still rather like the Y545’s design.

While they may not look the same, the Y545 shares the Y540’s wealth of connectivity options. The Y545 even has most of the I/O ports at the back for easier cable management. 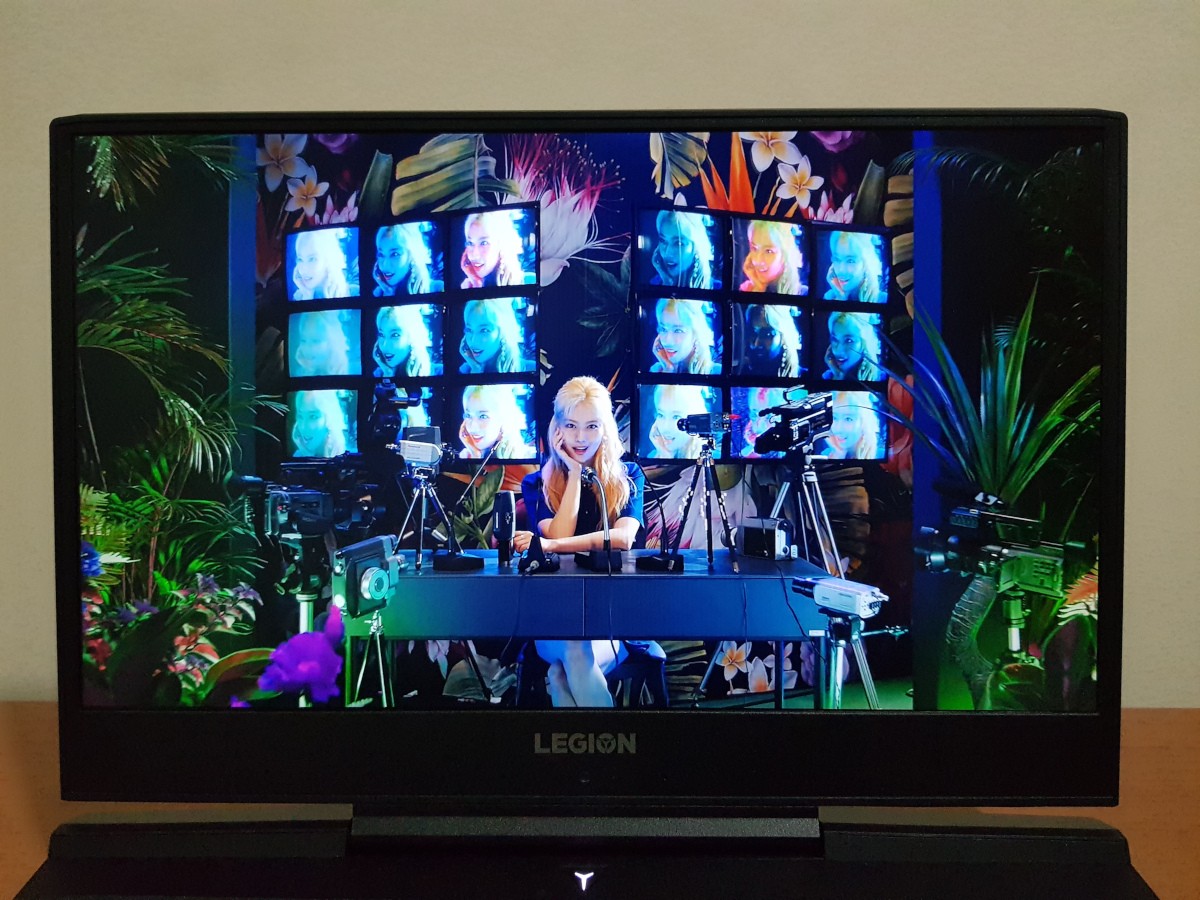 Lenovo outfitted the Legion Y545 with a 15.6-inch IPS display with a 144Hz refresh rate. While the refresh rate makes it great for gaming, the Y545’s screen is also a great display to binge-watch movies/series on. The screen’s output has a good amount of detail and great colors, not to mention that it has wide viewing angles thanks to being an IPS panel. The only thing that could be improved is brightness as the Y545’s display didn’t get as bright as I liked. 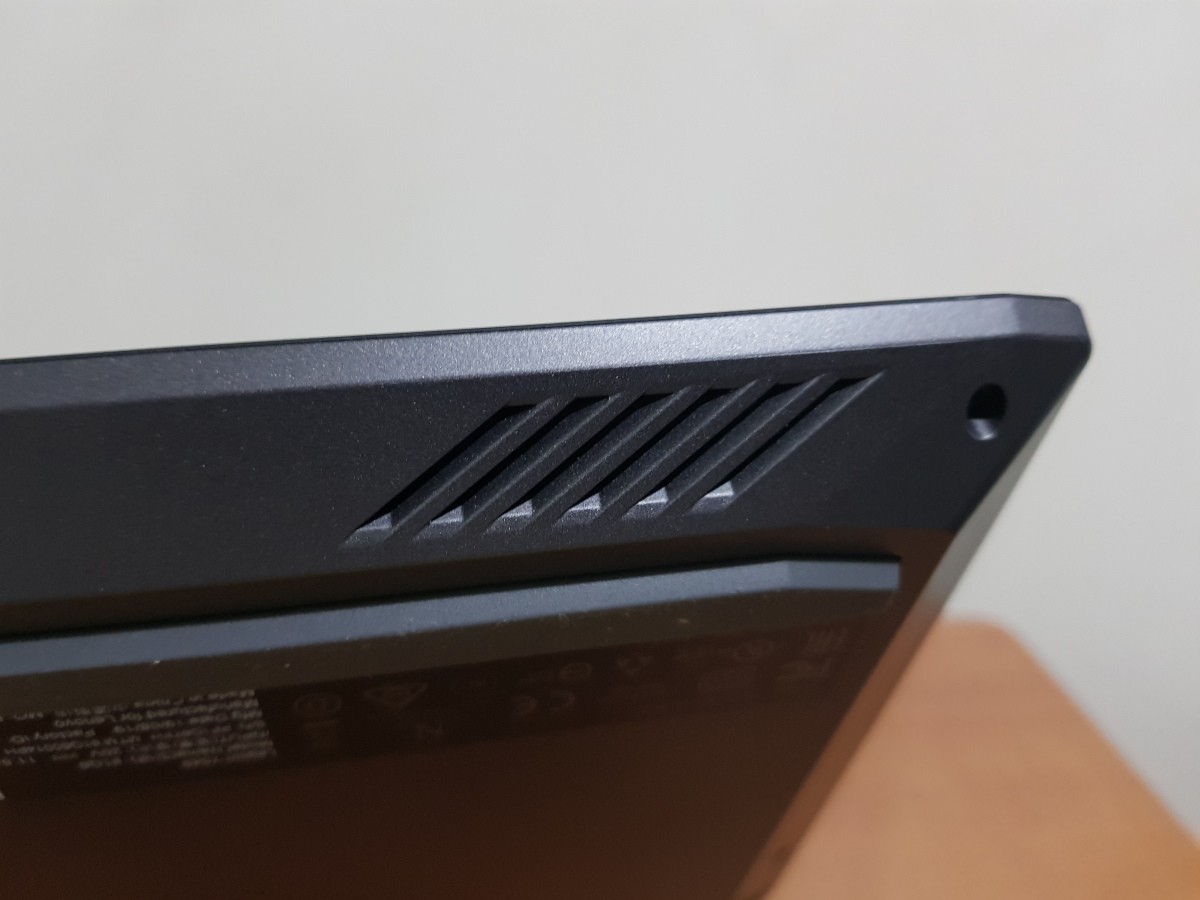 For audio, the Legion Y545 has a pair of Harman-tuned onboard speakers. These speakers have pretty decent sound quality; even at max volume, audio doesn’t distort as much. The trade-off though is that the Y545’s onboard speakers don’t get that loud. For longer music listening or binge-watching, headphones/speakers are a must. 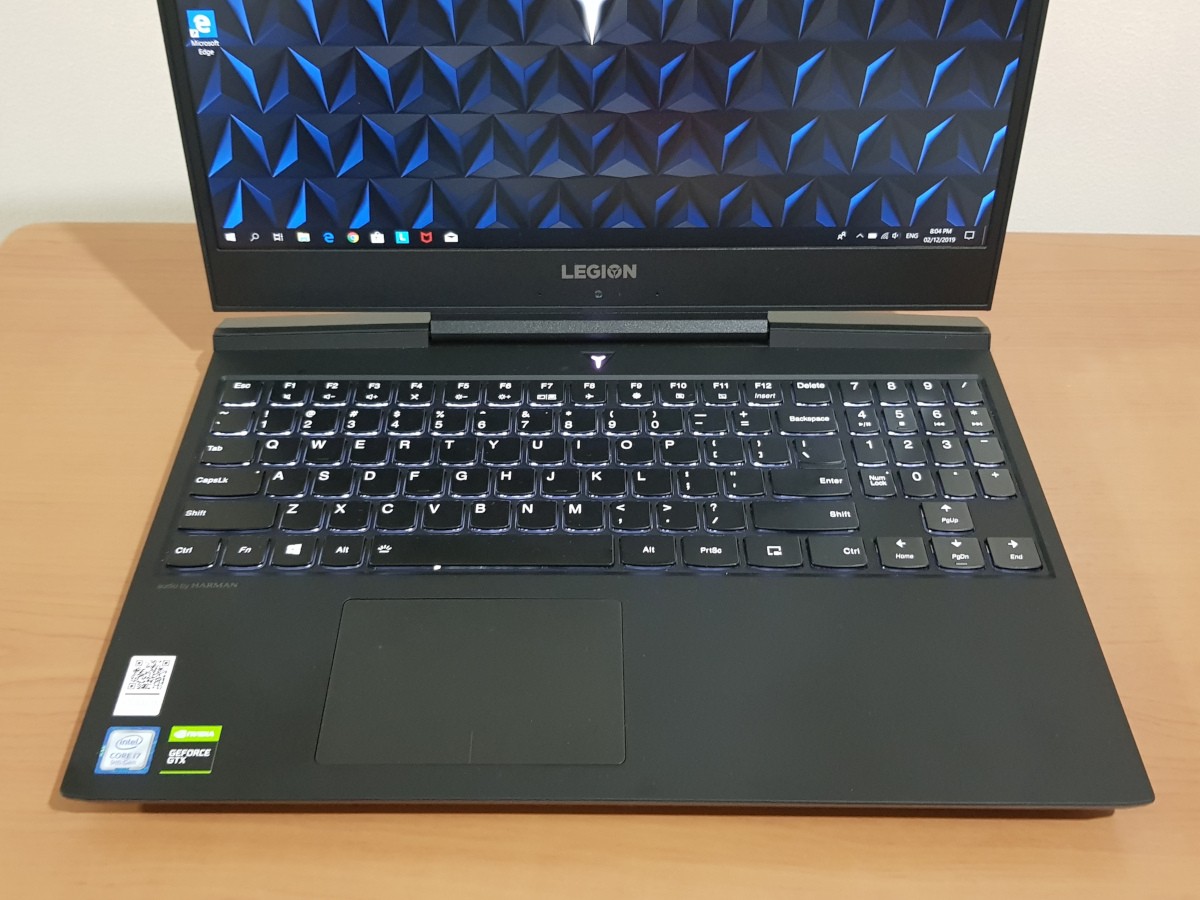 Even though the Y545 is not that big, Lenovo managed to fit a full-size keyboard inside, complete with a numpad. While the keys may seem cramped, I found the keys to be just the right size for typing. The keyboard also has a decent tactile feel, making it feel nice to both type and game on.

What it lacks though is RBG lighting as it only comes with standard white backlights. Still, this isn’t exactly a dealbreaker considering it price point (more on that later).

I’ve tried a number of 1660 Ti-equipped gaming laptops over the past couple of months, and all of them performed well for esports titles such as Dota 2 or Overwatch. The Legion Y545 is no exception. On Overwatch, the Y545 was able to run the game on Epic with frame rates of 70-80.

The stable frame rate of over 70 looked great on the 144Hz screen of the Y545. Though to take further advantage of the high refresh rate display, playing Overwatch on the slightly lower Ultra setting will give 90-100 FPS.

For triple-A titles, the Y545 also proved to be plenty capable. After running the Rise of the Tomb Raider in-game benchmark tool on Very High, the Y545 produced an overall score of 83.82 FPS — over 20 FPS higher than the Y540. The great result wasn’t just limited to the benchmark tool though as Rise of the Tomb Raider ran at 60-70 FPS in-game (with just a couple of dips to 50) at the same graphics setting. 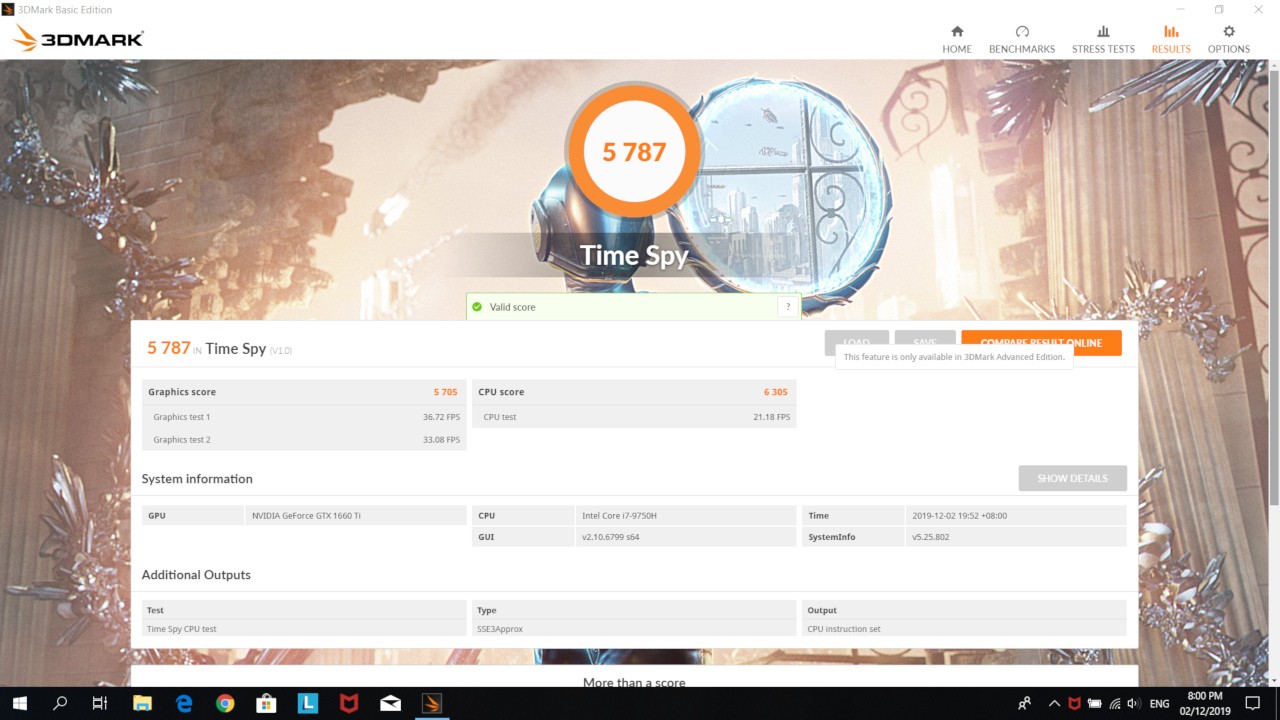 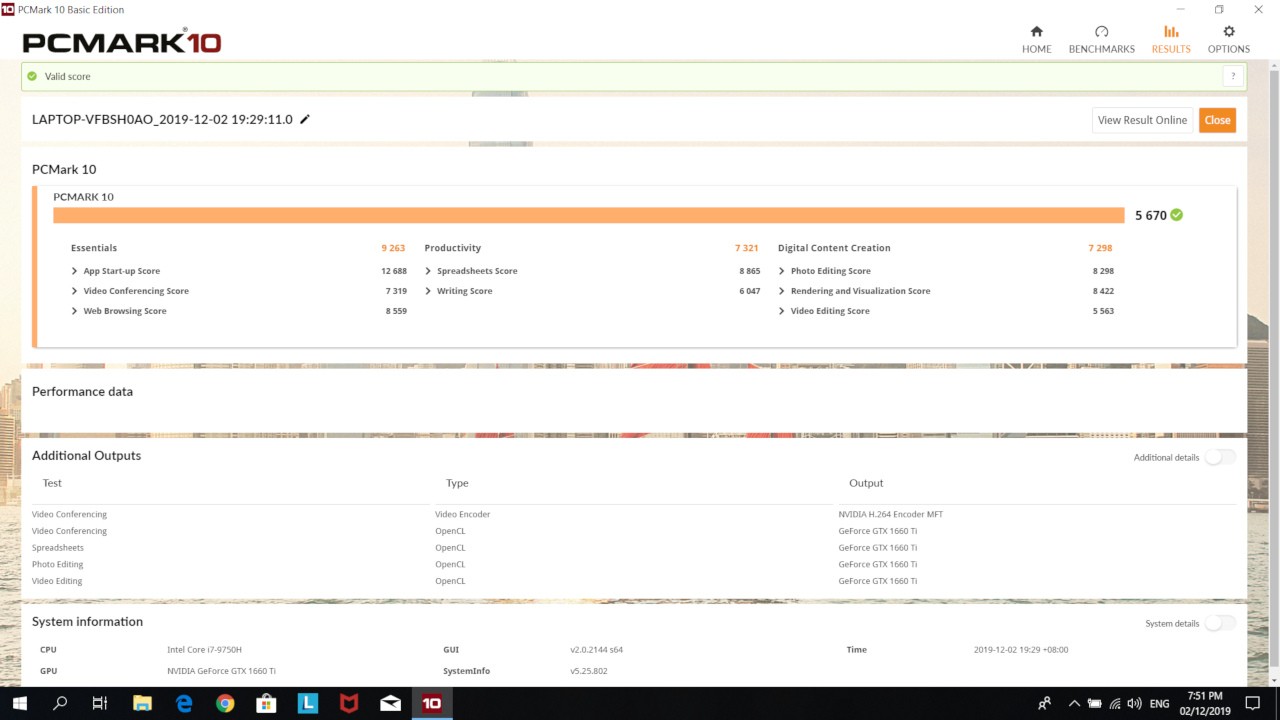 In benchmarks, the Y545 produced a score of 5787 on 3DMark Time Spy and a 5670 score on PC Mark 10. These scores are slightly higher than the Y540, meaning it should perform a bit better both for gaming and for productivity tasks such as photo/video editing. 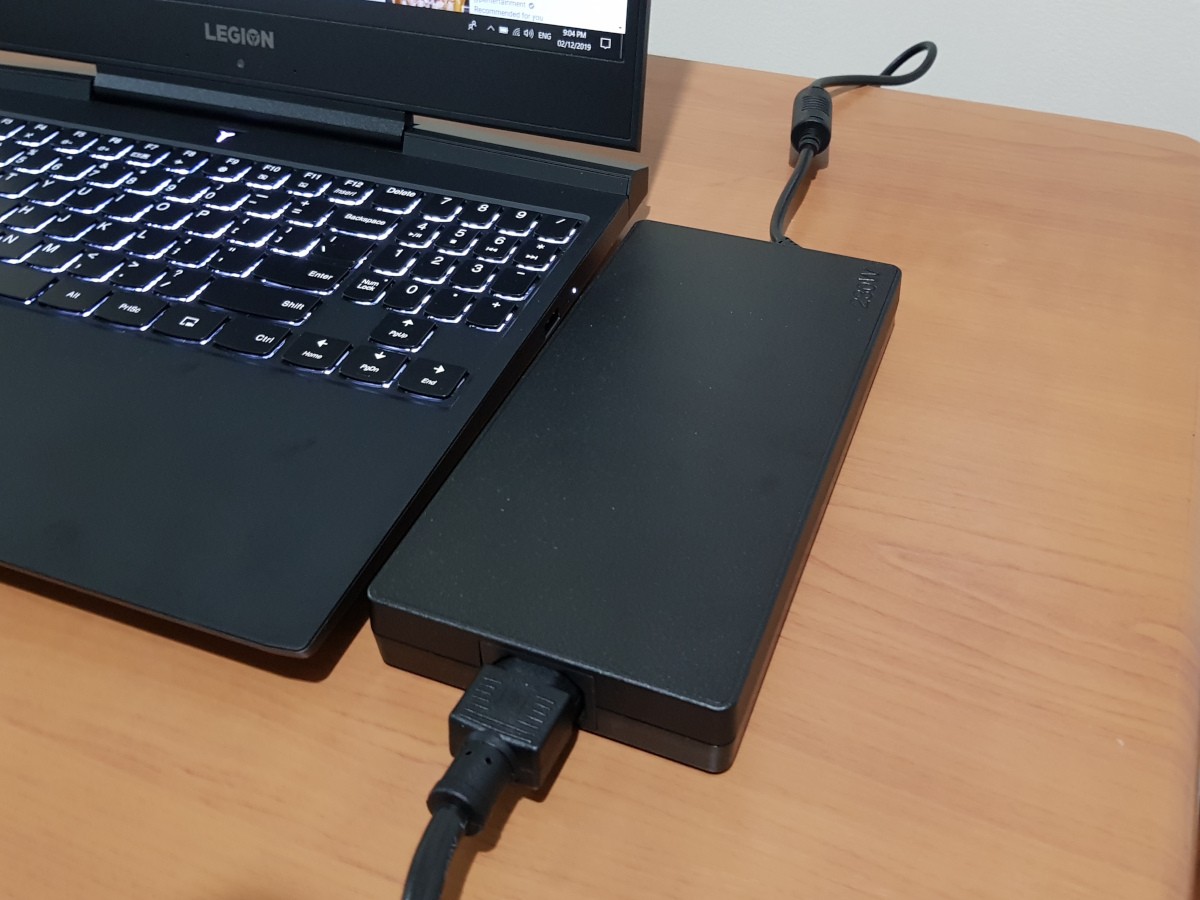 If you do plan on using the laptop on-the-go for video editing, ready your back as the Y545 has a massive power brick. Even if the laptop isn’t too heavy for a gaming notebook, you’ll definitely feel the weight of the power brick in your backpack.

If you decide not to bring the power brick, the Legion Y545’s battery life is just fine for a gaming notebook. After playing a 2 & 1/2 hour movie at 50% brightness and volume, the Y545 had around 40% remaining. To get this result however, you should check the BIOS setting of the laptop and enable Switchable Graphics. If you don’t, the laptop will use the dedicated GPU by default, resulting in lower battery life. 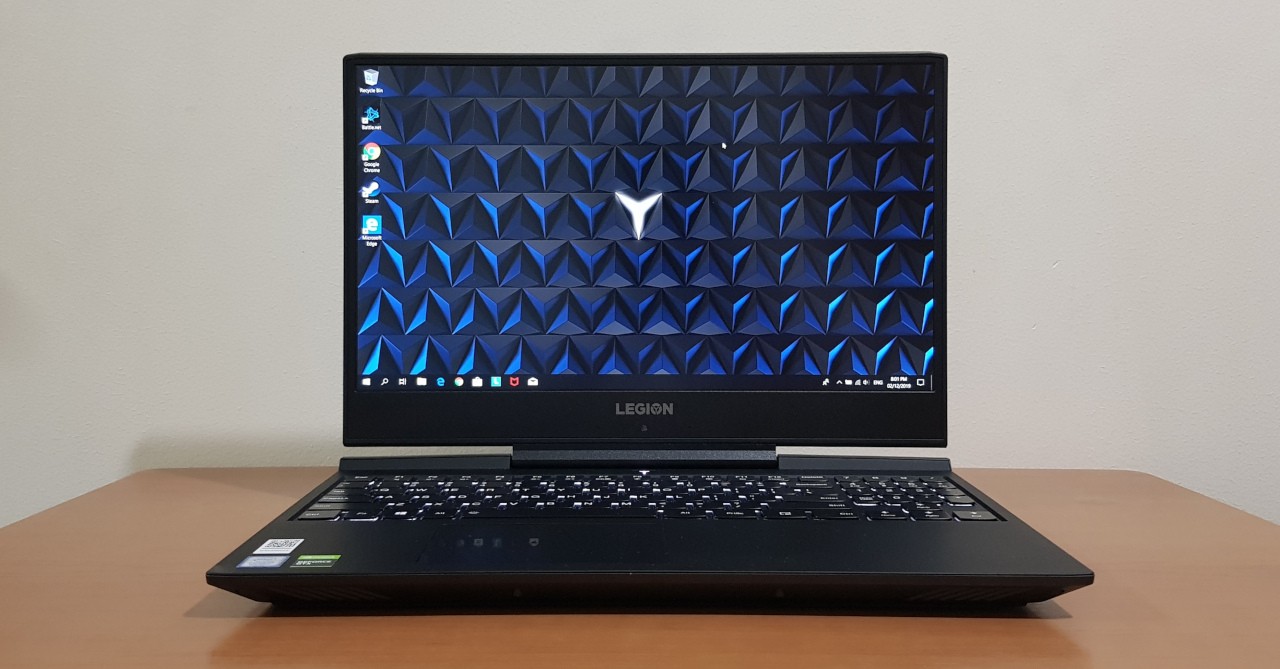 Given its tried-and-tested i7-9750H + GTX 1660 Ti combo coupled with 16GB of RAM, the Legion Y545 is a laptop that delivers if gaming is your number one priority. Coupled with its 144Hz display and good-looking design, the Y545 is a great gaming laptop overall, in spite of some minor drawbacks such as ‘just okay’ battery life.

At its price of PHP 94,995, the Legion Y545 is a worthy option. The PHP 5000 difference over the Y540’s SRP is justified, especially considering the high refresh rate screen and more RAM.

Geek Lifestyle Review: Legion Y545For its price, the Legion Y545 is a compelling gaming notebook option thanks to powerful specs, a good design, and a fast 144Hz screen. While battery life could be a bit better, it's still overall a good option, especially if your number one priority is gaming performance.