Time to head over to SM North EDSA from December 20-22! 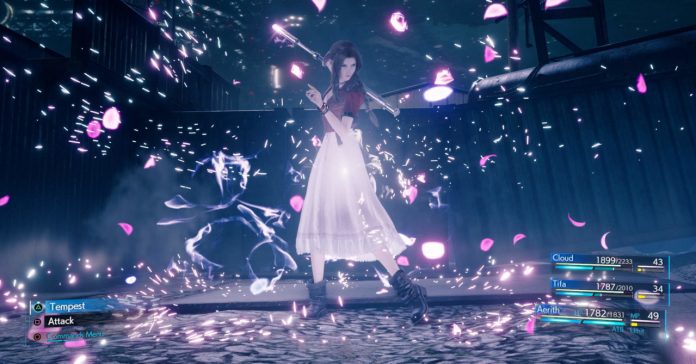 Great news, Final Fantasy fans in the Philippines! PlayStation Asia just announced that a demo of the Final Fantasy VII Remake will be playable at SM North EDSA. Specifically, gamers can get to try the long-awaited remake ahead of its release at the PlayStation booth at The Annex, SM North EDSA from December 20-22 — that’s on Friday til Sunday!

The hands-on for the FF7 Remake was announced just recently via the official PlayStation Asia Facebook page. 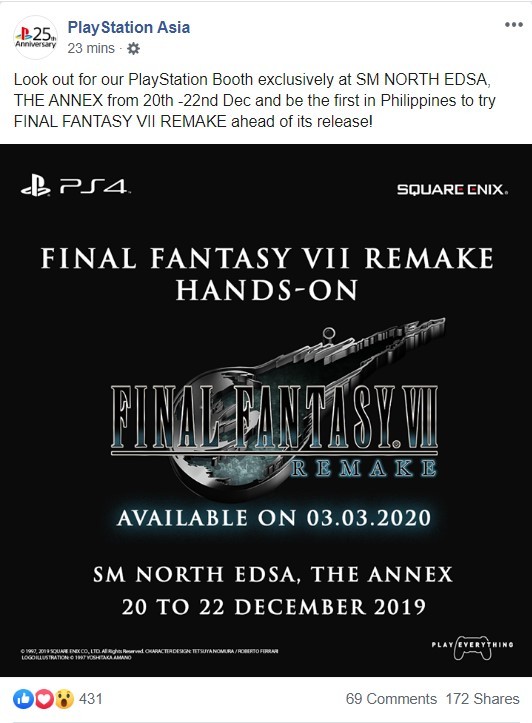 As for the demo, while PlayStation did not indicate which demo will be playable, we believe that gamers will be able to try the game’s combat against mobs, as well as the Scorpion Sentinel boss fight (based on the demo we were able to try at Tokyo Game Show 2019).

There’s no word yet if PlayStation Asia will be bringing the FF7 Remake hands-on to other locations in the Philippines, so make sure to drop by SM North EDSA this weekend if you want to try out the game ahead of its release next year.

The Final Fantasy VII Remake releases for the PS4 on March 3, 2020. The game will be exclusive on the PS4 for one year.

Want to know more about the game? Here’s our first impressions of the demo we played back in TGS 2019: