The biggest announcements at The Game Awards 2019 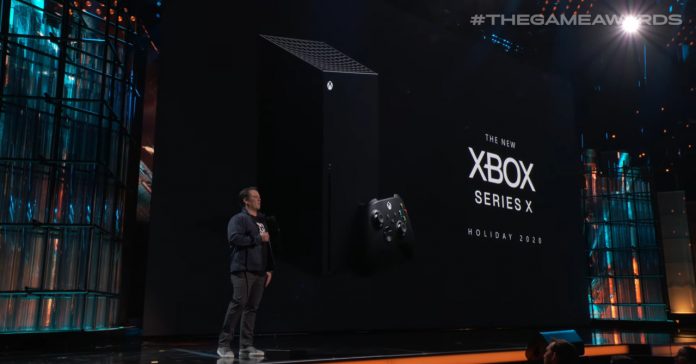 The Game Awards 2019 happened yesterday, and it was Sekiro: Shadows Die Twice that took home the most coveted award of the night. Aside from handing out awards to the highlight games of 2019, The Game Awards also served as a showcase of what’s to come soon in the gaming world.

Much like the previous shows, The Game Awards 2019 was filled with lots of new reveals and game trailers. In case you weren’t able to watch the show, here are the highlight announcements at the award show:

Possibly the biggest reveal of the show; Microsoft took to the stage early in the ceremony to officially unveil the Xbox Series X, the company’s next-gen Xbox (codenamed Project Scarlett back in 2018). The new Xbox’s look was shown, and it looks very similar to small PC tower. The Xbox Series X releases in Holiday 2020.

Alongside the announcement of the new Xbox, Microsoft also unveiled Ninja Theory’s upcoming title for the console — Senua’s Saga: Hellblade II. The game is a sequel to Ninja Theory’s first Helllblade title, though this game will be an Xbox Series X exclusive (given that Ninja Theory was acquired by Microsoft).

In more Xbox game new, Ori and the Will of the Wisps has received a new trailer, and it looks as pretty as ever! The game releases for the Xbox One and PC on March 11, 2020.

Not to be outdone by Microsoft, PlayStation released the Godfall reveal trailer, a third-person “looter-slasher” developed by Gearbox Software that releases on the PlayStation 5 and on PC via the Epic Games Store. The gameplay seems to be a unique take on looter-shooters, though instead of shooting, melee combat is the focus. The game releases in Holiday 2020, alongside the PS5.

As promised during the recent State of Play, PlayStation also released a new trailer for Ghost of Tsushima. The trailer showed off more of the game’s stunning visuals and combat, plus it revealed that the game will release for the PS4 in Summer 2020.

The upcoming Final Fantasy VII Remake was also given a new trailer at the Game Awards, and it puts the spotlight on the main character, Cloud Strife. The trailers showed more new cutscenes, as well as more gameplay.

It’s been a long time coming, but it’s finally here! Suda51’s No More Heroes is back with its first numbered installment in nearly a decade. No More Heroes III looks absolutely wild, and it releases on the Nintendo Switch sometime in 2020.

Another new Switch game revealed at The Game Awards is Bravely Default II, a sequel to the 3DS JRPG, Bravely Default. While it’s billed as a  sequel to the 2012 game, it’s actually the third installment in the series after Bravely Second: End Layer. The game will be released sometime in 2020.

The Wolf Among Us 2

Fans may have given up hope for a Wolf Among Us sequel after Telltale Games’ closure last year. Though at the Game Awards, The Wolf Among Us 2 was revealed, and it will release in August 2020!

Those aren’t the only reveals at The Game Awards though, as there were dozens of new trailers released. If you want to see everything during the ceremony, you can watch it here: