A must-have for the most dedicated of Gundam fans! 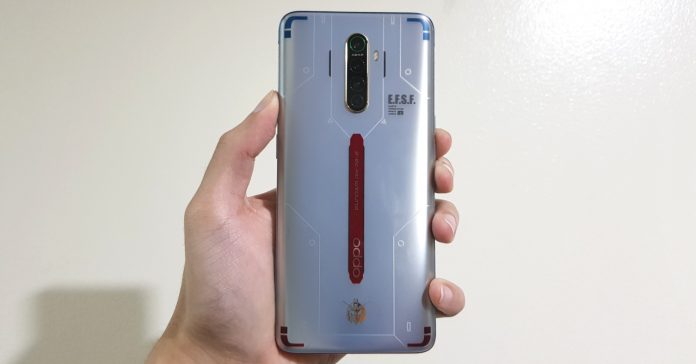 Back in October, OPPO unveiled the Reno Ace “Gundam Edition,” a collaboration with Mobile Suit Gundam to celebrate the franchise’s 40th Anniversary. While the phone was only released in China, we got a chance to test out a unit for ourselves thanks to our friends over at OPPO Philippines.

So without further ado, here’s a quick unboxing of the Gundam Edition OPPO Reno Ace: 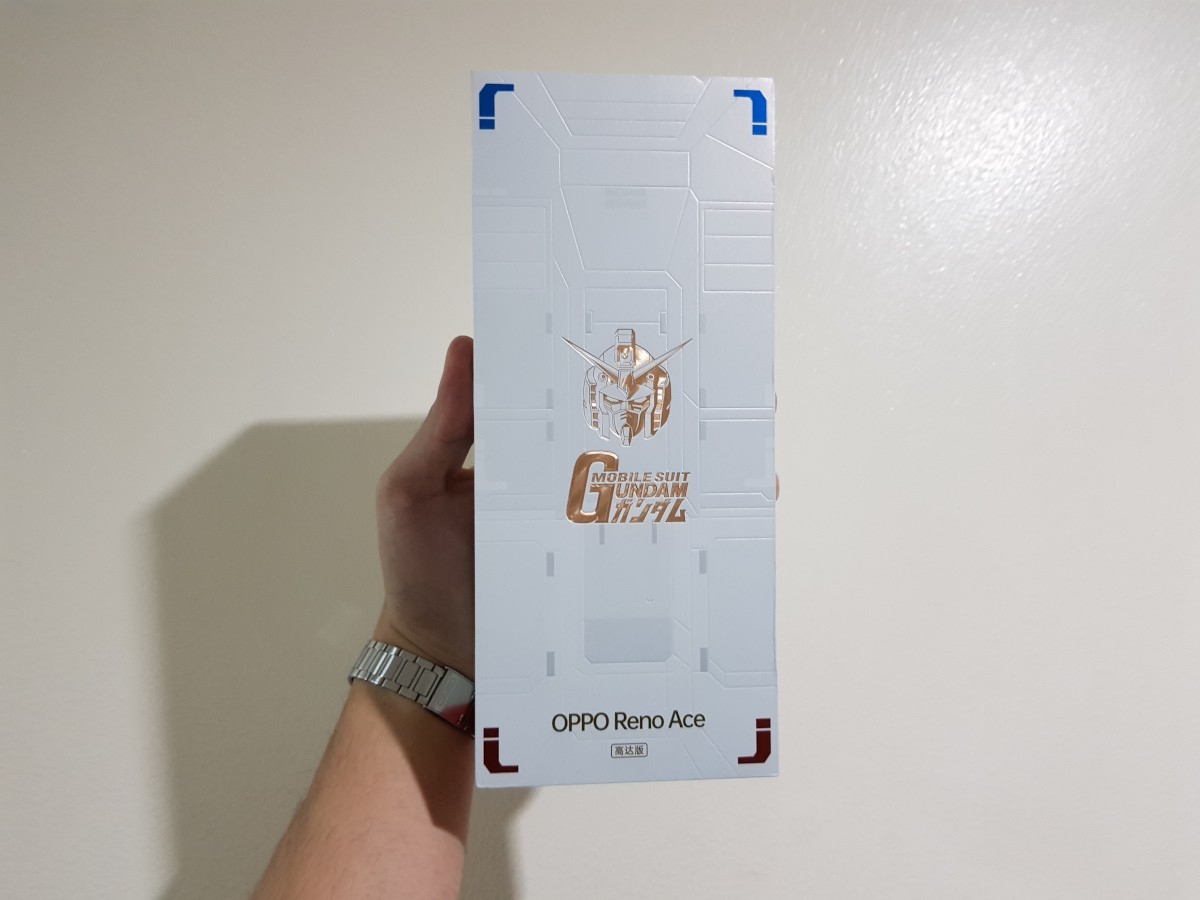 First up is the phone’s box which is reminiscent of the Reno 2’s packaging. Instead of standard OPPO branding though, this edition features the Mobile Suit Gundam logo, the RX-78-2 head, and Gundam-themed details.

What’s great about the Gundam Edition Reno Ace is that the phone isn’t the only Gundam-themed item inside. The box also has a SuperVOOC fast charger and a USB Type-A to Type-C cable with Gundam inspired colors. There’s also a 40th Anniversary Gundam badge inside.

Our favorite accessory though is no doubt the Gundam-themed phone case. The outside of the case is designed to look like the iconic shield of the RX-78-2 Gundam. On the inside, you can find a print of the Gundam logo, as well as the RX-78-2 itself.

Now we move on to the phone itself, and it looks gorgeous! The Reno Ace Gudam Edition features a primarily metallic grey colorway with blue and red highlights at the bottom and at the top. The back of the phone also has various design elements such as the RX-78-2 head, the EFSF logo, and various other details.

The phone’s Gundam design doesn’t end there though as this Reno Ace features a cool Gundam-themed UI. This theme not only has a mech-inspired wallpaper, the app icons are also made to look like the classic RX-78-2. 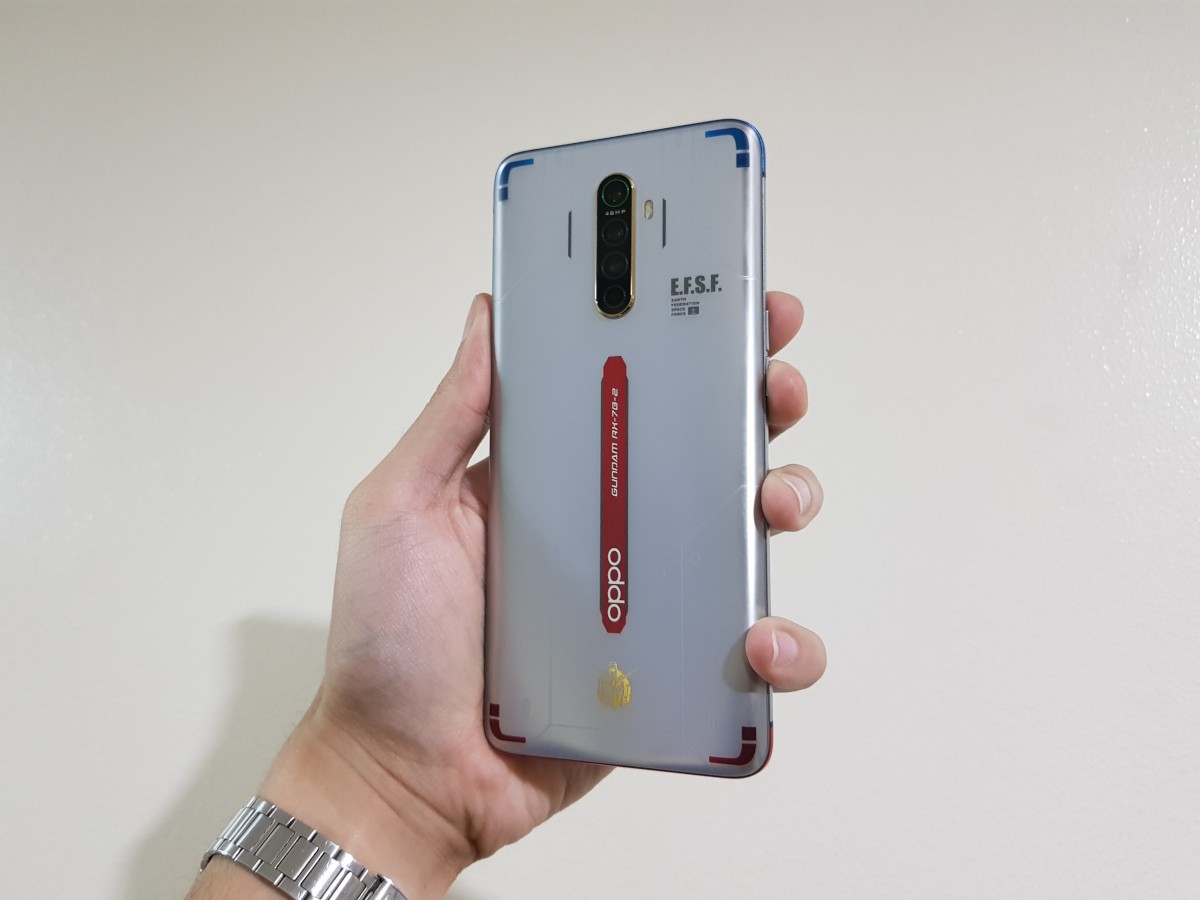 Aside from being a geek-tastic phone design wise, the Reno Ace also packs a punch in the hardware department. This particular model comes with a top-end Snapdragon 855+ processor, 8GB of RAM, and 256GB of storage. As for cameras, the Reno Ace Gundam Edition has a quad camera setup that’s similar to the Reno 2, as well as a 16MP front camera. Finally, the phone packs a 6.5-inch FHD+ AMOLED display with a 90Hz refresh rate. 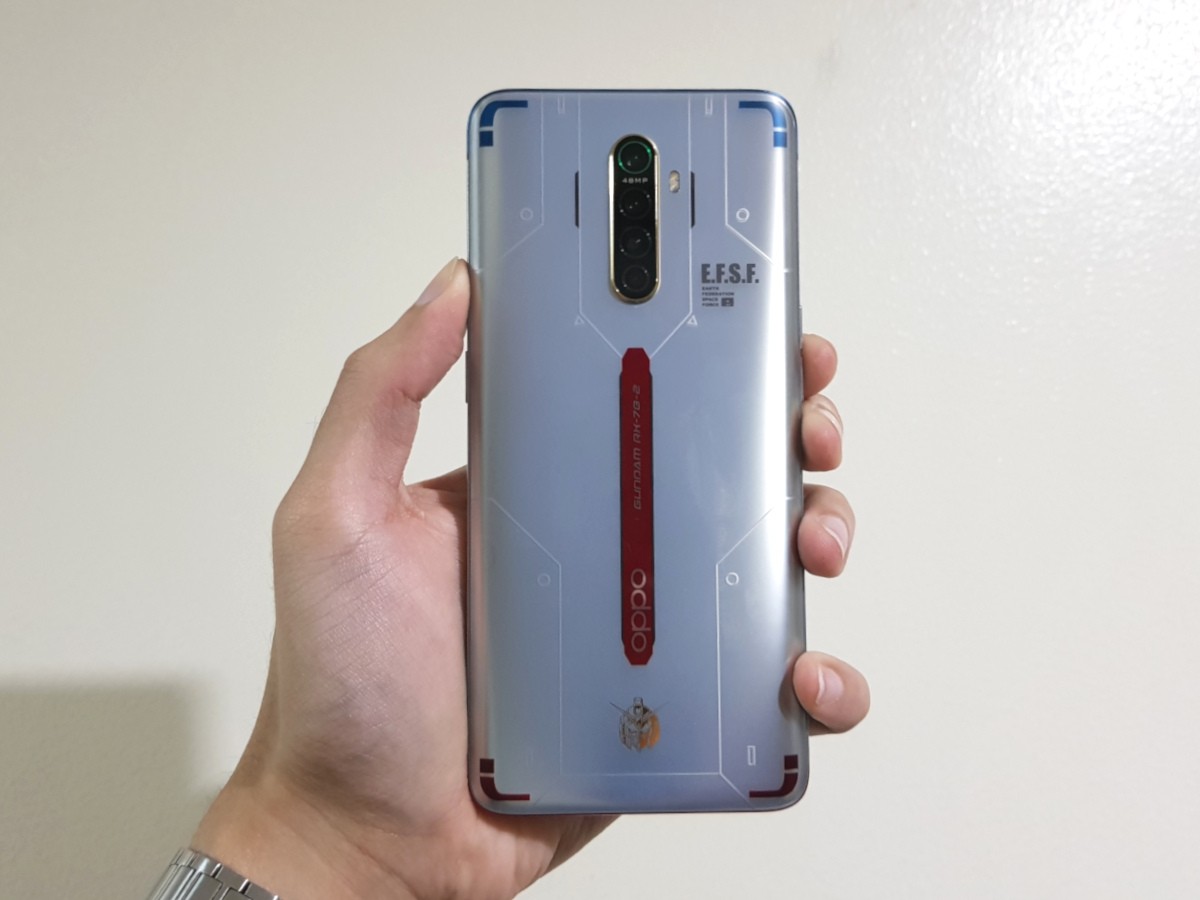 The OPPO Reno Ace Gundam Edition was released in China last November 11 for RMB 3,599 (around PHP 26,083). No word yet on a release in the Philippines, though we do hope it gets released if there are still some units left, especially considering only 30,000 units of the phone will be made!