It's pretty good so far! 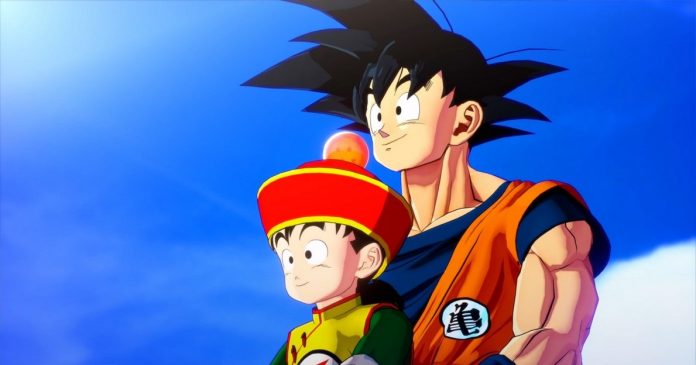 During our time at Tokyo Game Show last year, we were able to try a short demo of the latest Dragon Ball Z game, and it very much made us look forward to the game’s release. Now, Dragon Ball Z: Kakarot is out in the market and we finally got a chance to play it.

After around 9 hours of play in this open-world RPG of Goku’s story, I’ve seen some ups and down, particularly with the game’s open-world. So without further ado, here are my initial thoughts on Dragon Ball Z: Kakarot.

If what their aim is to make players relive their childhood memories of watching DBZ, they definitely succeeded. Right from the get-go, DBZ: Kakarot is a massive nostalgia trip, not to mention that it’s quite an action-packed one to boot. Action in the game comes early with a little sparring match with Piccolo which serves as a battle tutorial. The battle system is pretty simple; with a single (O) button you can execute chain of basic attacks or shoot ki blasts at your foes. Dodging in the game also feels so satisfying with those swooshing sound that they make. Although executing a few special attacks feels slow (such as the Kamehameha) the whole look and feel of battles gave me the same excitement just like when I watch the anime. 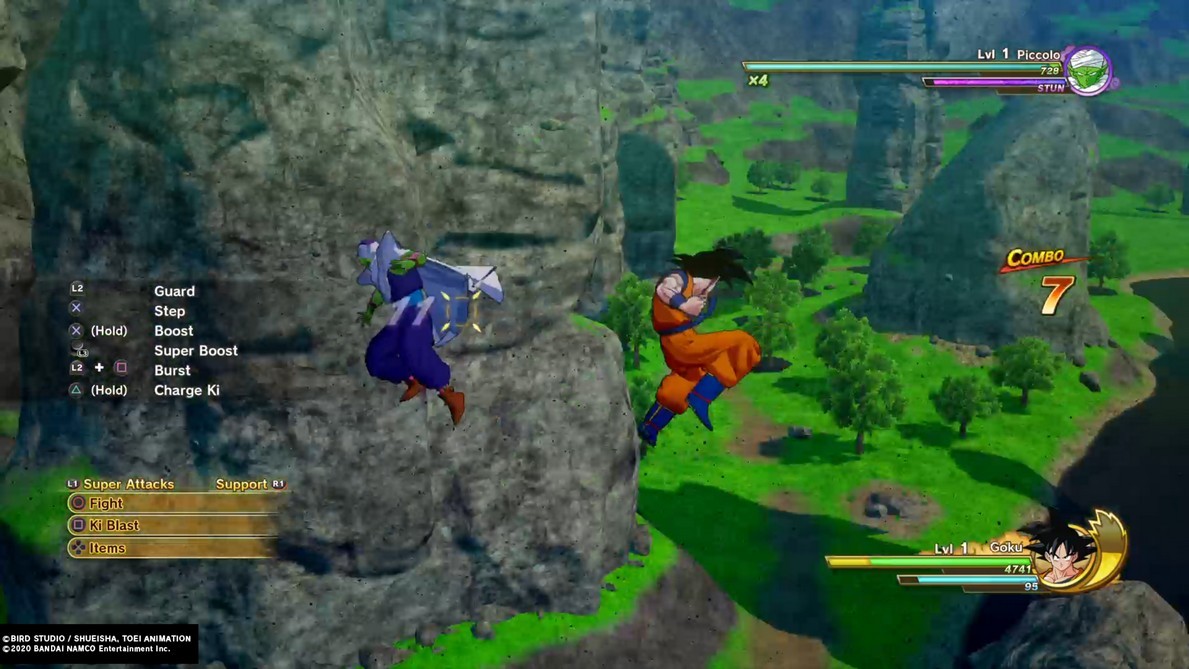 After the short tutorial, the game lets Goku spend some quality time with his son Gohan by taking a short stroll in the forest and pick-up some apples, a good time to try out some of the open world mechanics.

Speaking of the open-world, navigating around the open area feels so great at times, especially with the option of either walking, sprinting super fast, or flying (which is obviously the best option). As flying feels great in this game, it’s a bit surprising to see that there’ san option to ride a vehicle, especially whenyou can fly to your heart’s content. Still though, it’s fun to see Goku or Piccoloat doing something mundane once in a while like riding a car 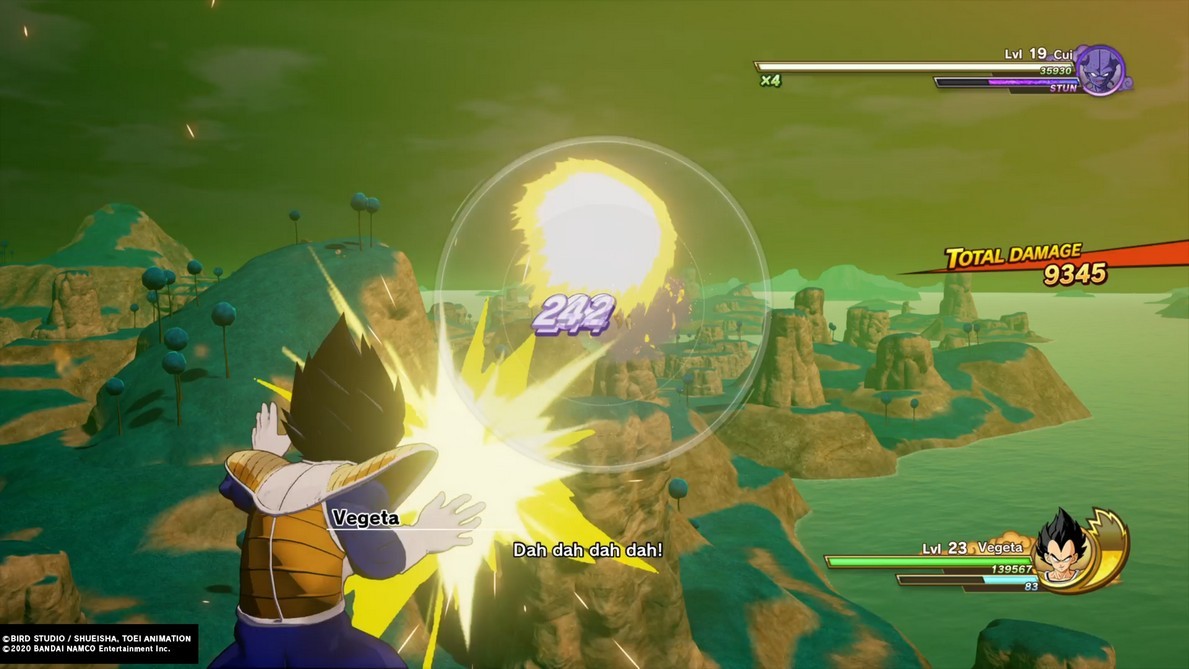 Exploring the open-world is great, though exploring an empty world can get boring. To combat this, fights occur against generic enemies as you go around the game’s world. Fighting these foes can be fun, but I did find them annoying as they hindered me from exploring more.

Aside from enemies, there are also numerous side-quests to do, though most of these boil down to either fetch quests or generic enemy fights. Still, these quests do give out some rewards such as Soul Emblems. There are also quite a number of surprisingly fun mini-games, the most fun for me being fishing. 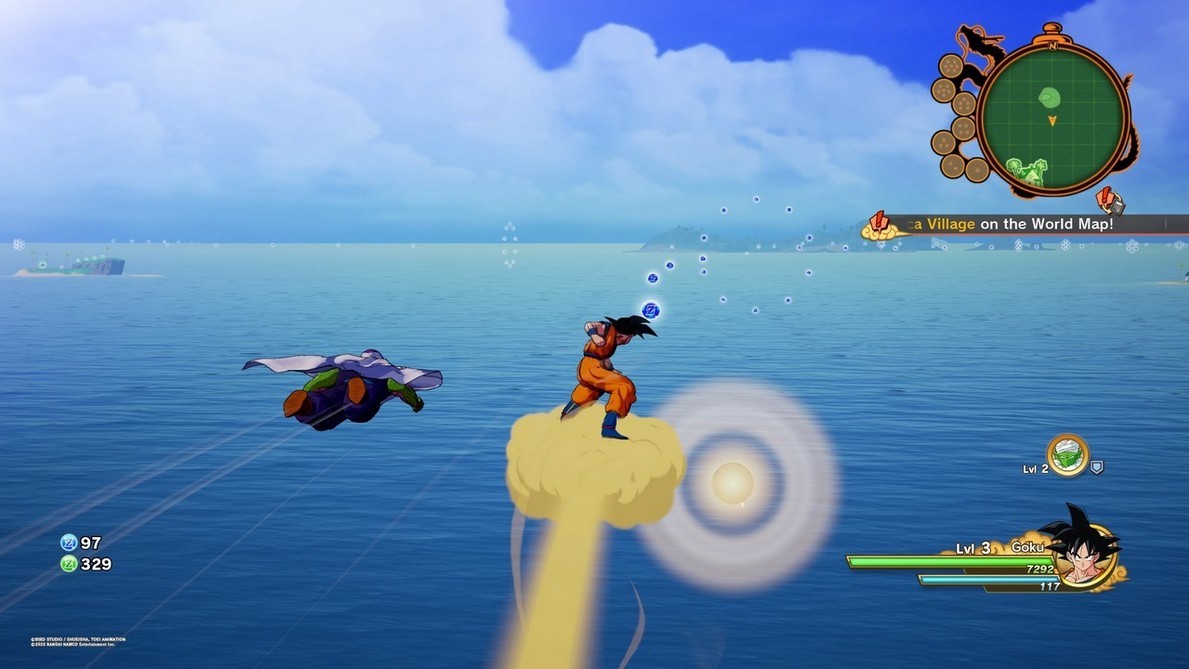 Characters will also provide Soul Emblems at times, which you can then use to the community board. There are unique community boards that provide certain bonuses such as bonus attack points or food buffs. Depending on which characters are linked together, they trigger even more bonuses, so it is interesting to see which characters can trigger these bonuses as they provide bonuses and some unique dialogue as they link together. 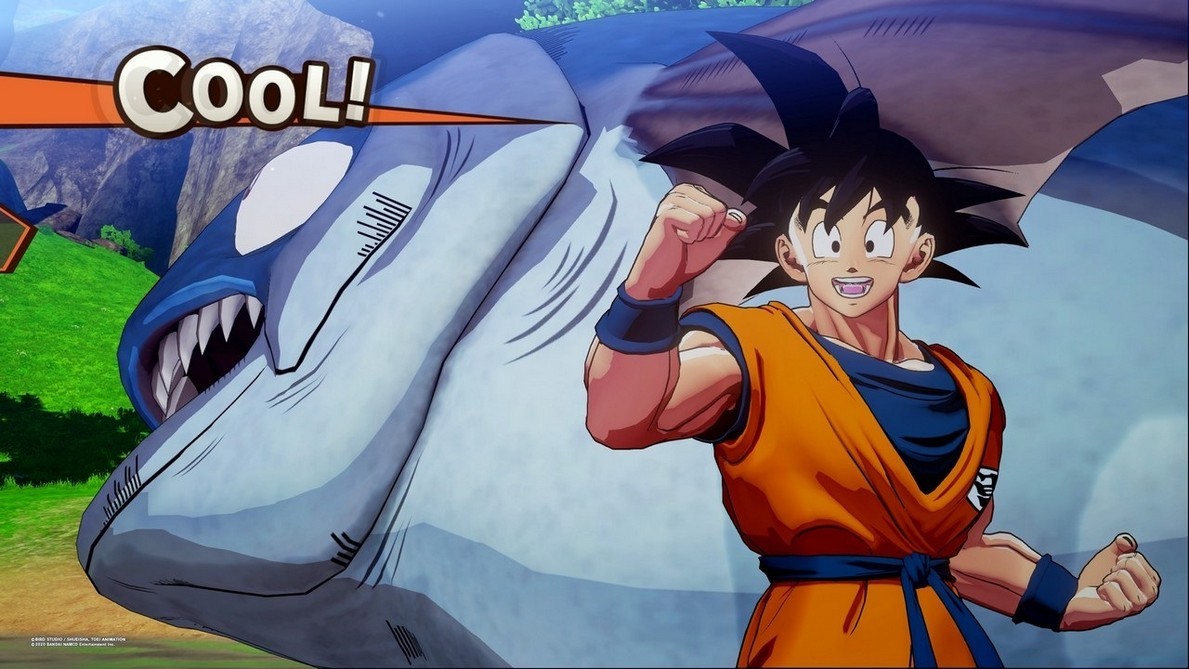 Before I end, I’d like to talk a bit about voice acting. The voices in the game are gerat, but hearing them feels a bit weird. Not that I dislike Masako Nozawa’s voice acting mind you, it’s just that I just grew up with Goku’s other voice. Personally, I kinda wish that they included the abridged voice acting, regardless the game’s voice acting is of good quality.

So far, the game provide tons of things to learn and it takes some time to get to used to, especially on powering up characters. While the battles and cut scenes get me really hooked as it is a pure nostalgia blast, my interaction with the open world is pretty limited as I still deem it as more of a chore rather than a feature. Of course, this is not yet my final verdict as my thoughts may change as I play through the game more. So do look forward for the full review which will come out in the next couple of days.