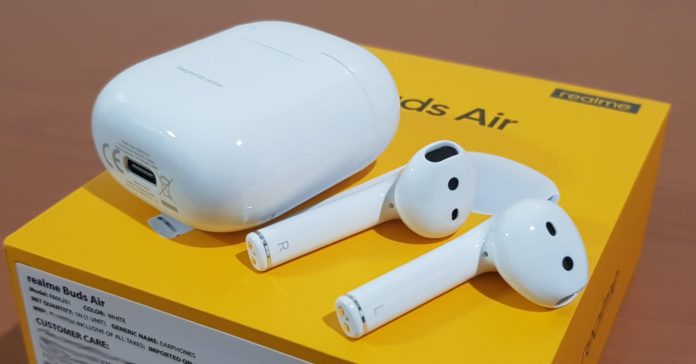 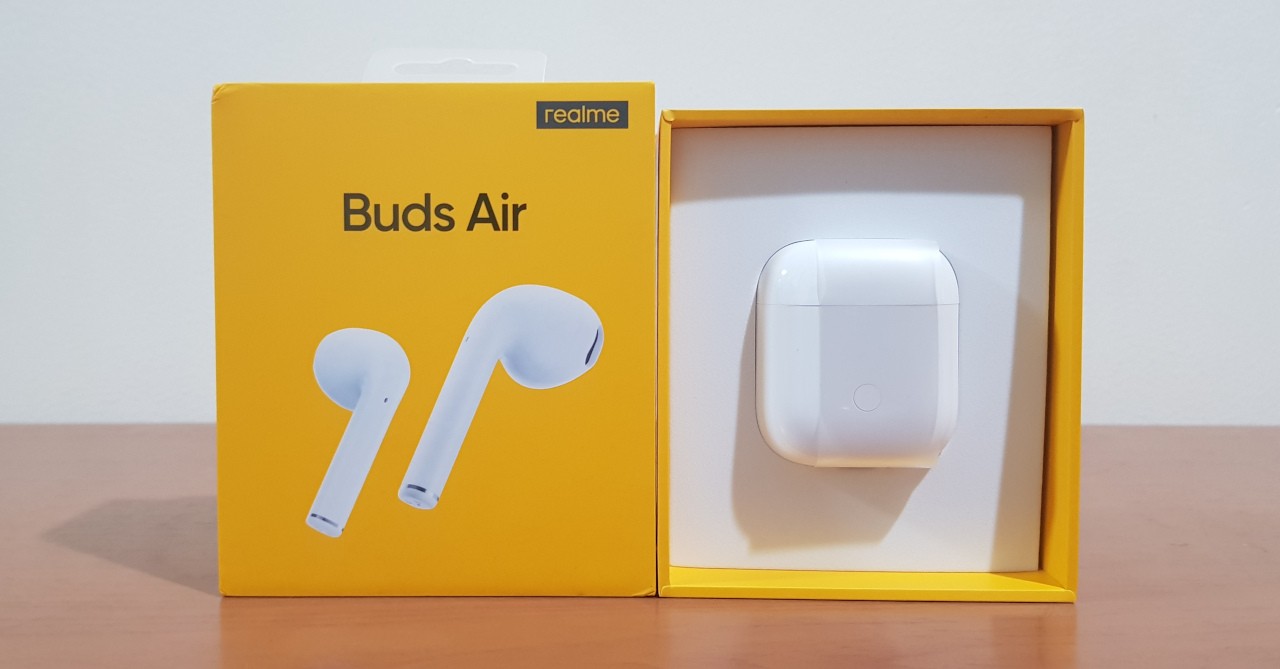 Recently, the folks over at realme sent over a pair of Buds Air to us, and I got to play around with it for a bit. Now, I’ve only had the Buds Air for a bit, not enough for a full review but enough to give my quick first impressions on the realme true wireless earbuds. 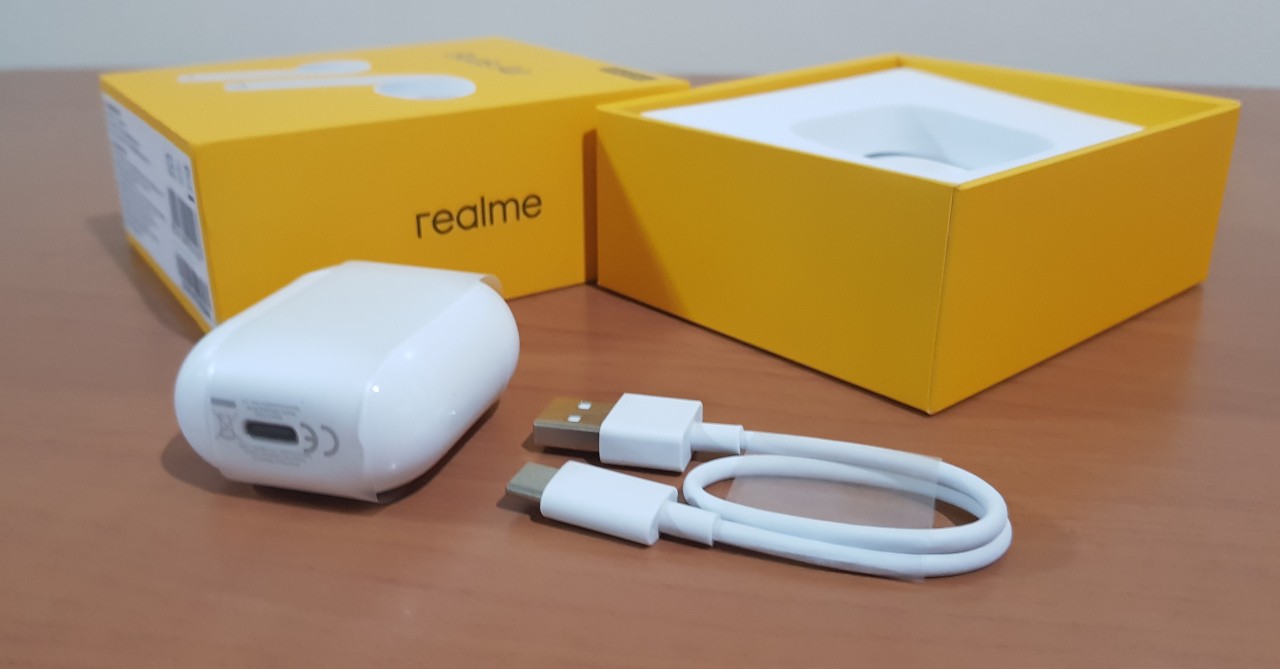 Before I describe its feature set and sound quality, here’s a look at what’s inside the box. Opening the box, you get the realme Buds Air which is inside its charging case, as well as a short USB Type-C cable for charging. 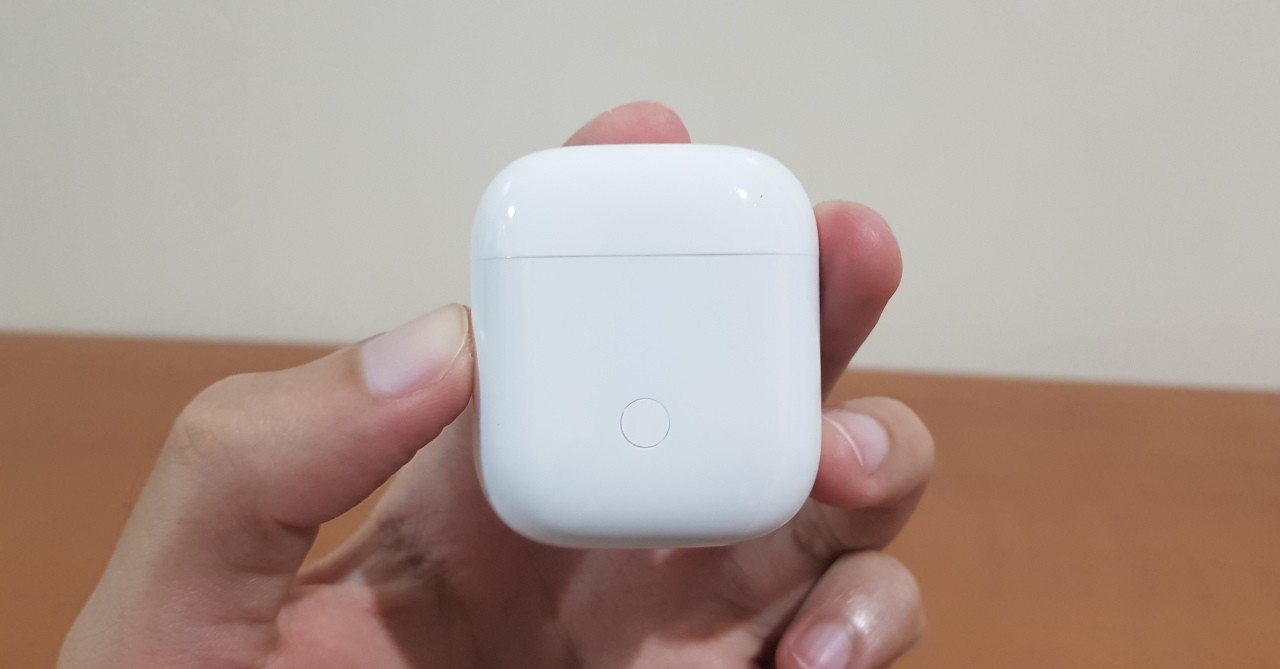 The realme Buds Air’s charging case is quite small and light; it also has one button at the front which lets users control Bluetooth connectivity. As for connecting to smartphones, it’s a breeze with the realme Buds Air as it paired with my smartphone rather quickly. Once paired to a phone, just opening the charging case will automatically connect it to the last paired device. 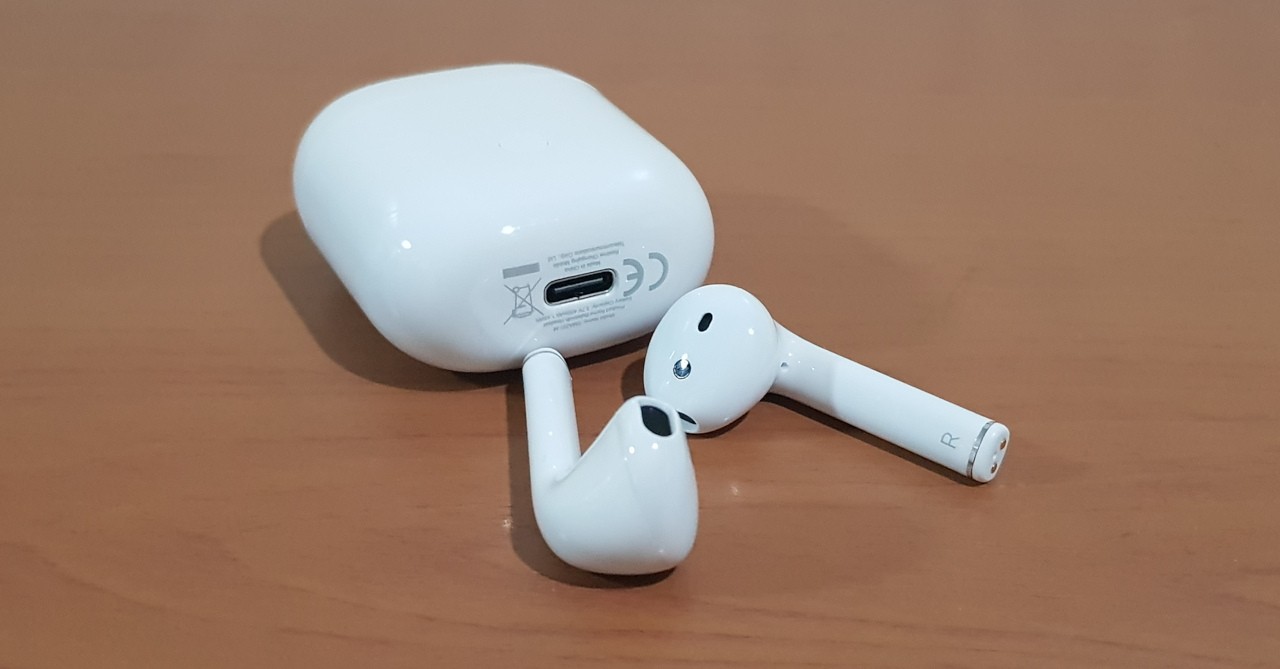 As for the earbuds themselves, the pair looks almost exactly like the original true-wireless earbuds — Apple’s AirPods. While some details are a bit different, they’re not that noticeable, especially when being used.

Because of the similarity though, it means that the Buds Air are not full in-ear monitors, meaning they won’t isolate outside noise much. This is great for users who want to be aware of their surroundings, though not so much for those who want good noise isolation. 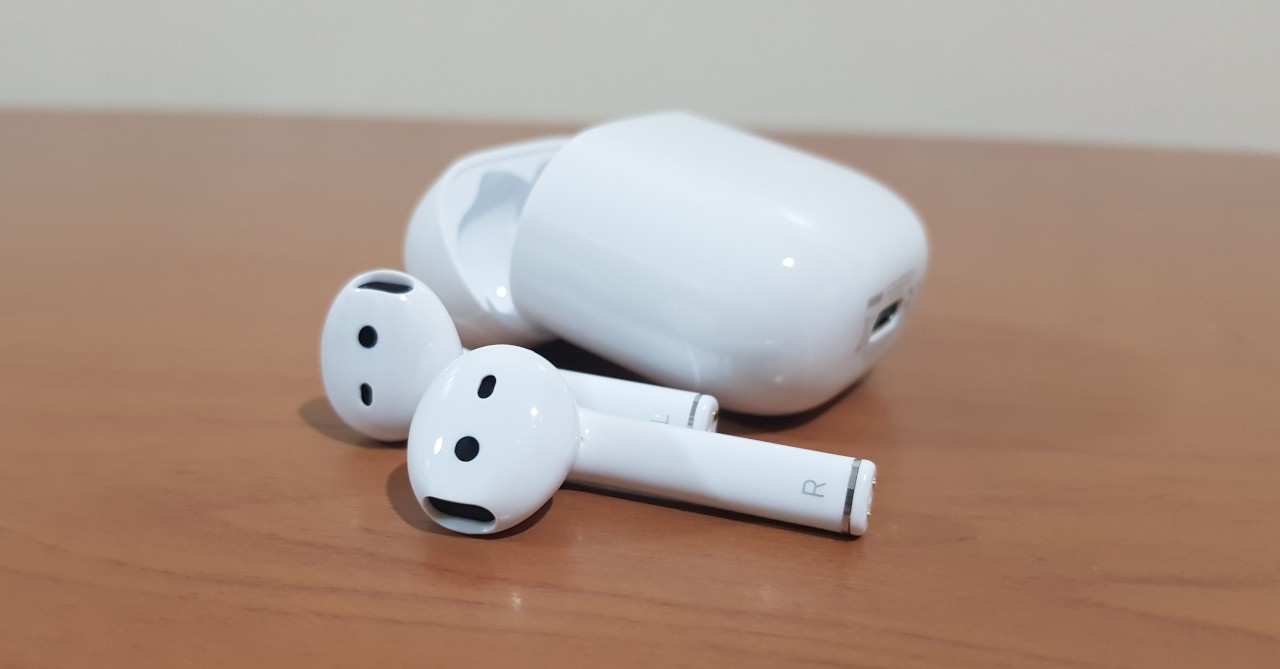 While the realme Buds Air lacks in noise isolation, it makes up for it in sound quality. Unlike most wireless earbuds I’ve tried recently, the Buds Air has a fairly balanced sound signature, meaning bass won’t drown out whatever song you’re listening to (unlike other earbuds I’ve tried which had way too much bass).

In my initial time with the realme Buds Air, I listened to alternative/indie songs such as Telltale Signs by Sobs, rock songs by the Foo Fighters, and even anime songs like Gurenge by LiSa. On the songs/genres I mentioned, the realme Buds Air sounded great as vocals and instruments were clear, all while still having enough bass.

Admittedly though, these songs aren’t exactly bass-heavy, so they fit the realme Buds Air’s sound signature well. I’ll still have to test out the Buds Air with more bass-heavy hip-hop and electronic music to know if it can deliver enough bass. 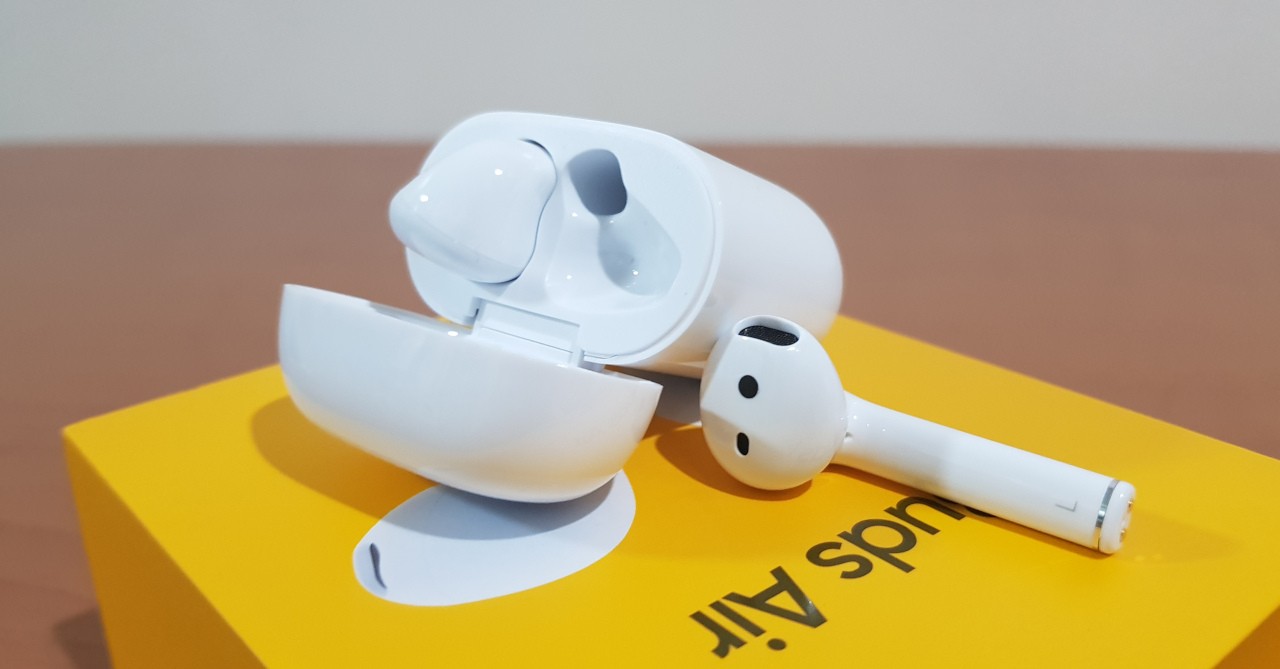 So far, I’m impressed with the realme Buds Air, especially given its price of PHP 3,990. While most wireless earphones in the market now have way too much low end, the Buds Air is refreshing in that it has a more balanced sound signature. Coupled with the fact that it’s easy and hassle-free to connect with smartphones, realme may have a true wireless winner on their hands.

Of course, these are just my first impressions on the phone; I haven’t even delved deep into the earphones’ various features such as gaming mode. I’ll also have to test out the Buds Air for other genres to hear how they’ll hold up.

Watch out for our full review of the realme Buds Air soon! Though if you’re already convinced, the Buds Air will be available initially via Lazada on January 22; and on Jan 22, 29, and February 6, the Buds air will be available for only PHP 2,990. The first 100 buyers will get a free wireless charging pad. Meanwhile on Jan 22 – Feb 6, realme will offer vouchers that drop the Buds Air’s price to only PHP 3,490 (Promos don’t stack).