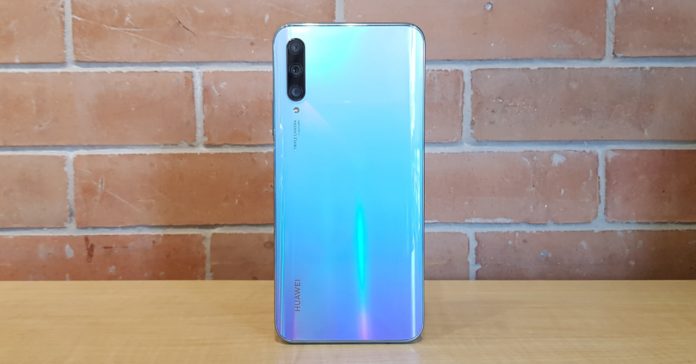 Around two weeks ago, I got my hands on the Huawei Y9s, the brand’s latest mid-range offering. Much like its fellow Y-series model, the Y9 Prime 2019, the Y9s features a notch-less display thanks to its pop-up selfie cam; not to mention that it also packs a triple rear camera setup. 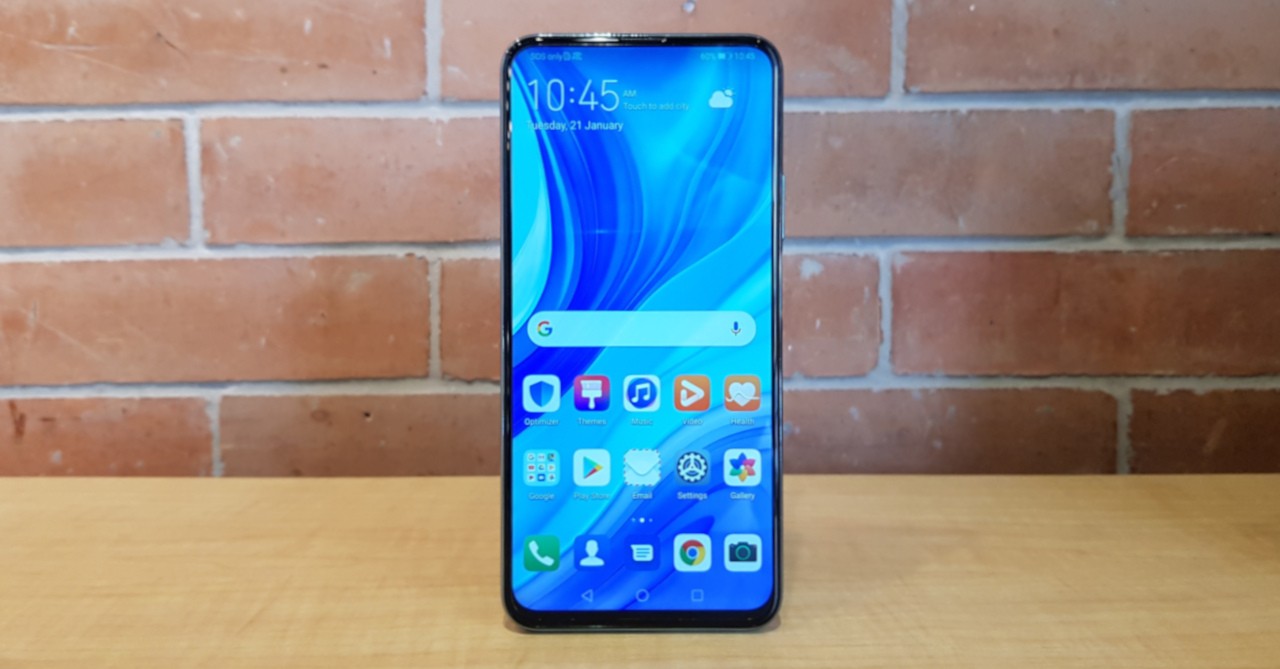 My first impressions of the phone was fairly positive as I found it to be quite a good-looking phone with great in-hand feel to match. Though of course, my impressions of the Y9s were based just on my initial time with it. Now over two weeks have passed, and I’m ready to give my verdict here in the full review of the Huawei Y9s. 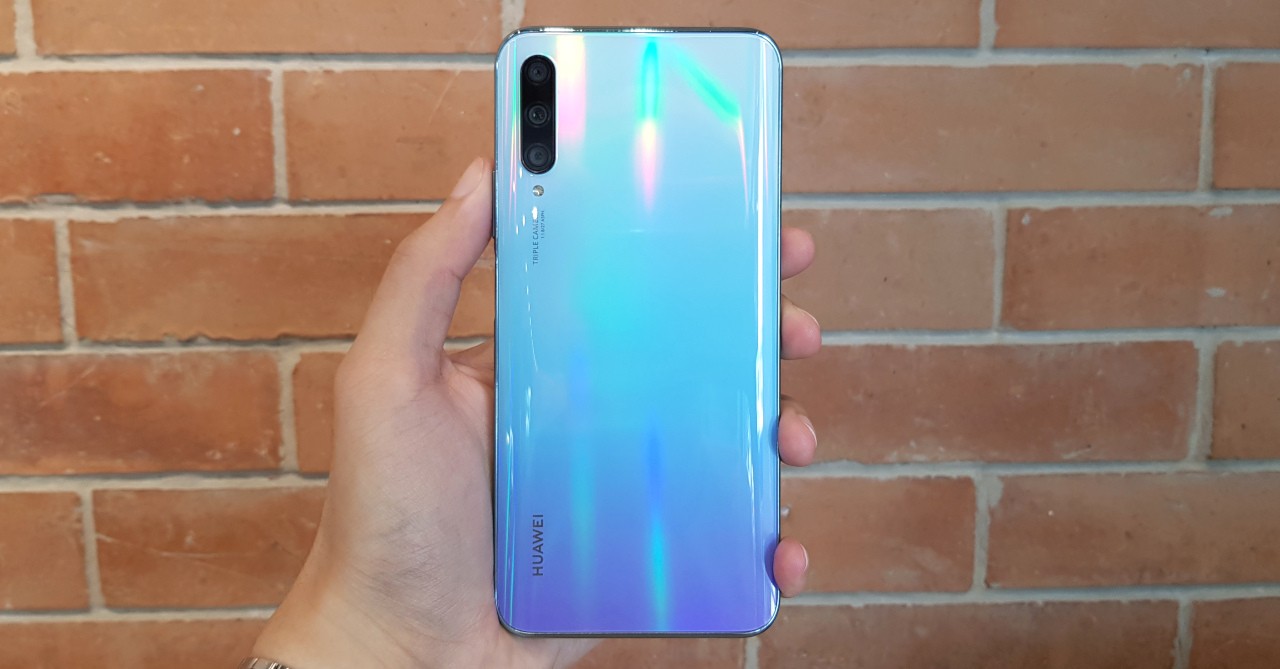 A lot of mid-range phones today have good looks, but the Huawei Y9s might just take the cake as the most striking. In its Breathing Crystal colorway, the Y9s is a beauty; in fact, you’d be forgiven if you thought that the Y9s is a flagship device at first.

The phone doesn’t just look stunning though, it also feels great in-hand. While other mid-rangers have nice looks, they’re often quite light and plasticky; not this phone. The Y9s feels quite premium, and it has a nice heft to it to boot. 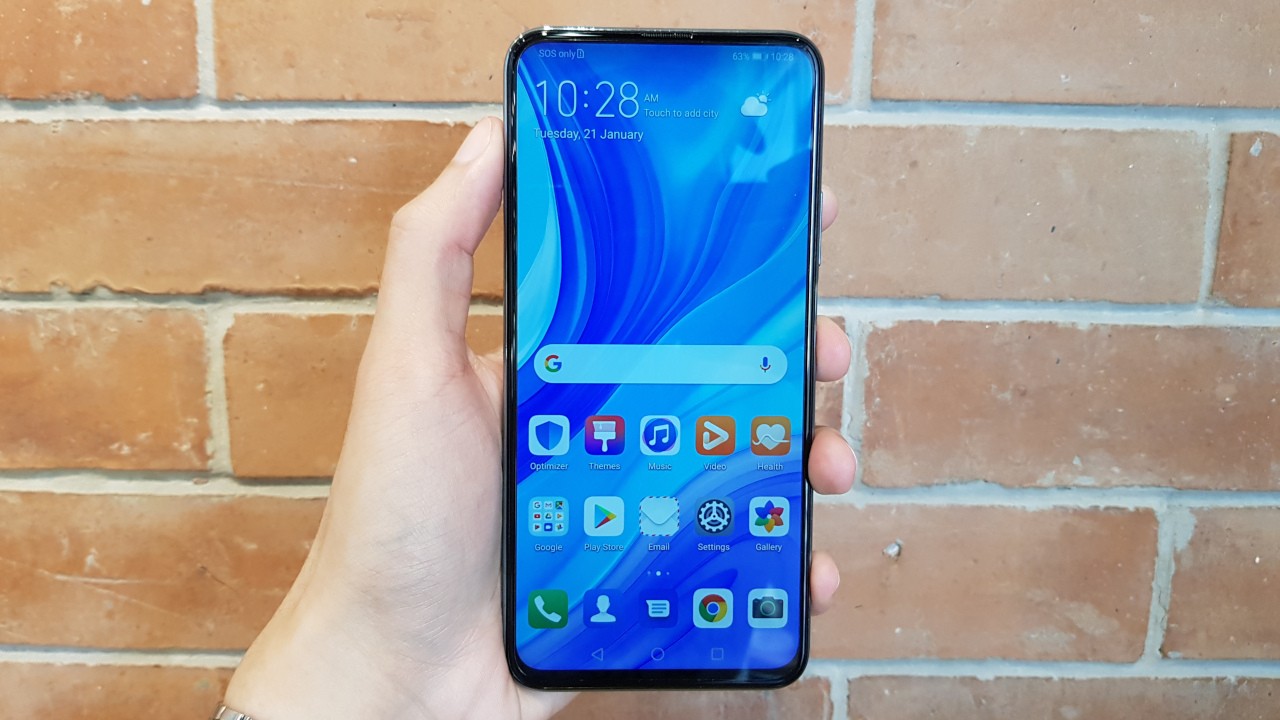 The Y9s’ good looks don’t end at the back though, the front looks just as good thanks to the large, notch-less display. Thanks to the lack of notch, the Y9s is one of the most “all-screen” mid-rangers you can get right now. One small thing that could’ve been improved though is that its bottom bezel is a bit thick, though it’s far from a deal-breaker. 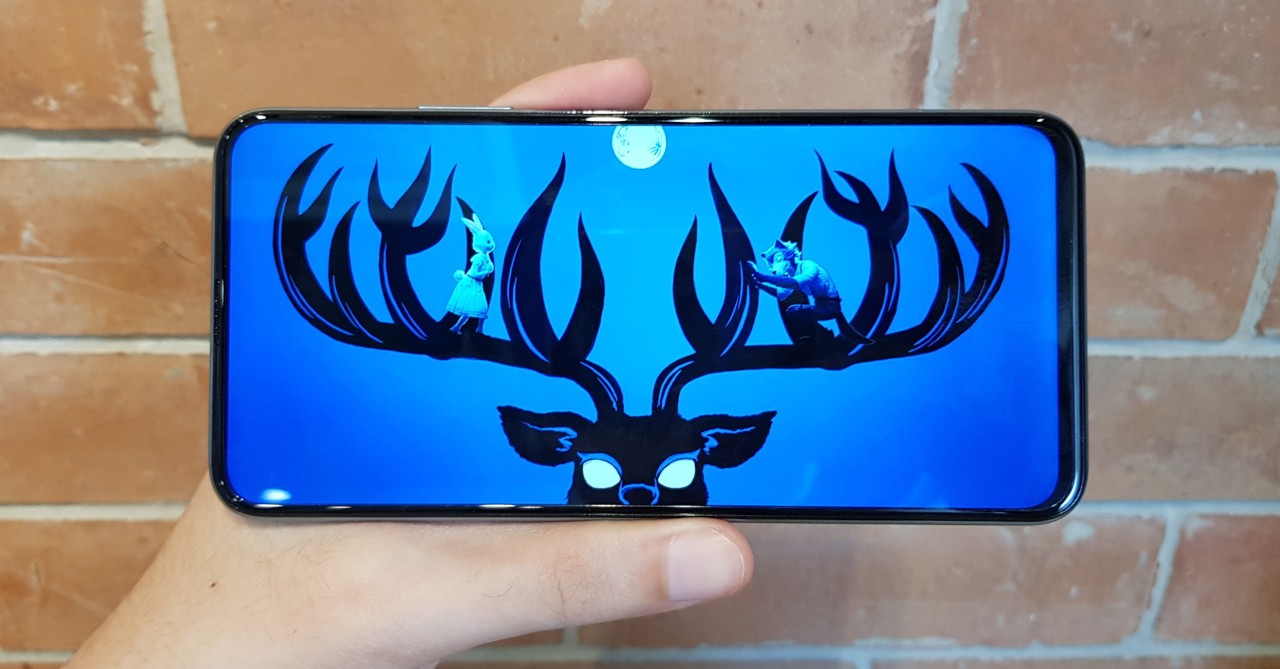 Speaking of the display, the Huawei Y9s packs a large 6.59-inch Full HD Display that’s the same size as the screen on the Y9 Prime 2019. And much like the Prime, the Y9s is a good match for binge-watching movies, TV shows, anime, and YouTube videos as the screen gets plenty bright and has good colors (for an LCD display).

For audio, the Y9s has single bottom-firing speaker that gets quite loud and is of decent quality, making it good for some light video watching. When binge-watching movies/shows though, I recommend going for headphones or an external speakers for a better viewing experience.

That’s not to say that the Y9s could not handle gaming, it actually ran games such as Mobile Legend on high with a decent framerate. You’ll need to drop the graphics settings for more hardware-intensive games though. Take for instance CoD Mobile, the Y9s ran it well but at the Low graphic settings. Still, if you’re a light mobile gamer, the Y9s should be able to meet your needs.

For photography, Huawei outfitted the Y9s with a triple camera setup consisting of a 48MP F/1.8 main, an 8MP ultra-wide, and a 2MP portrait camera. As for selfies, the Y9s packs a 16MP F/2.2 pop-up front shooter. The camera setup is almost the same as the Y9 Prime 2019, though the Y9s’ main camera is upgraded to 48MP shooter.

Daytime and indoor photos taken with the Y9s look great when using the main camera, though the 48MP shooter doesn’t exactly provide a massive jump in image quality over the Y9 Prime 2019’s 16MP main camera.

Images taken with the Y9s’ 8MP ultra-wide camera performs similarly to the main camera in that daytime shots taken outdoors often turn out great while low-light photography isn’t its strong suit. Unlike with the main camera though, it’ll be harder to produce great night shots with the ultra-wide as it cannot be used in the phone’s night mode.

As for the 2MP depth sensor, it helps take good portraits. Finally, the selfie camera is of decent quality as it’s able to produce social media-ready selfies. Personally though, I found the beautification for portraits and selfie to be on the strong side; thankfully you can tweak the beautification to your liking (or turn it off).

While I would’ve preferred a bit more power for gaming, the Y9s has no trouble with everyday use thanks to the combo of a Kirin 710 and 6GB of RAM. For most users, the Y9s should be powerful enough for your usual apps such as social media, email, and word processing. And before you ask, yes, the Huawei Y9s still has Google apps and services. 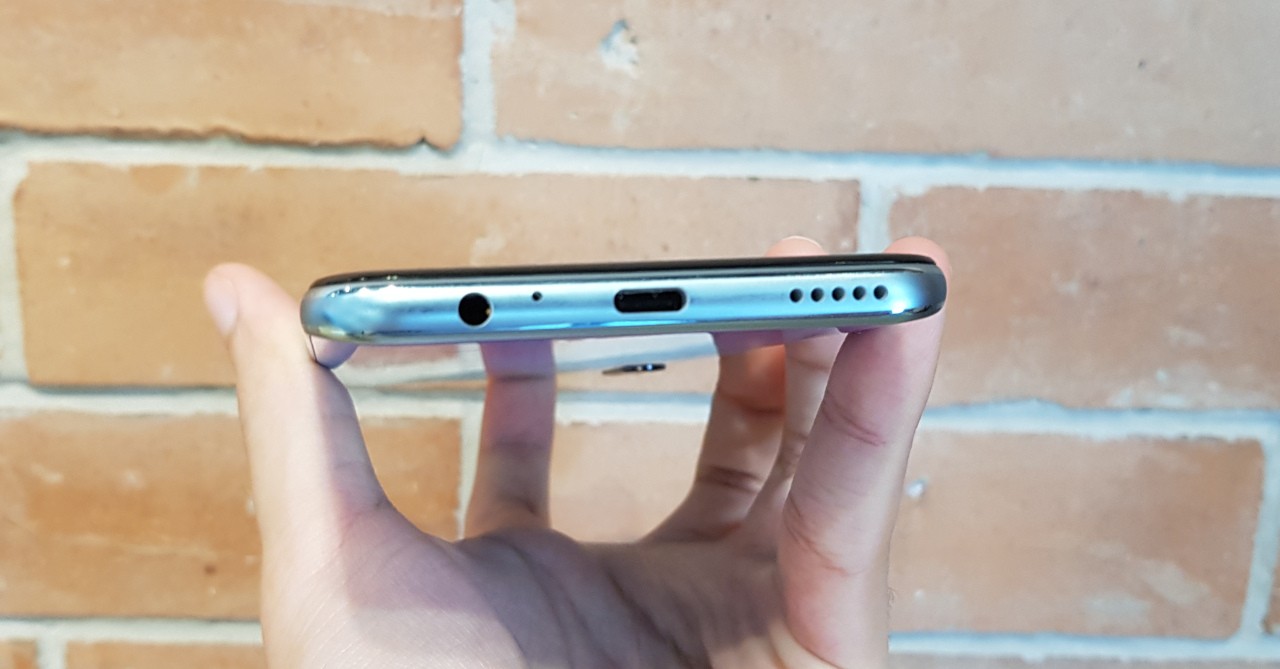 Other features of the Y9s I like are the inclusion of a 3.5mm headphone jack and the responsive side-mounted fingerprint sesnor. The Y9s also comes with 128GB of storage that’s expandable via microSD card, meaning you probably won’t run out of space quickly on the Y9s.

Finally, the Y9s packs a 4,000mAh battery. With a batter of this size, the Y9s lasted for over a day one medium to heavy use; of course, your mileage may vary. One thing I would’ve wanted though is fast charing as the phone takes a bit of time to fill up using the bundled charger. 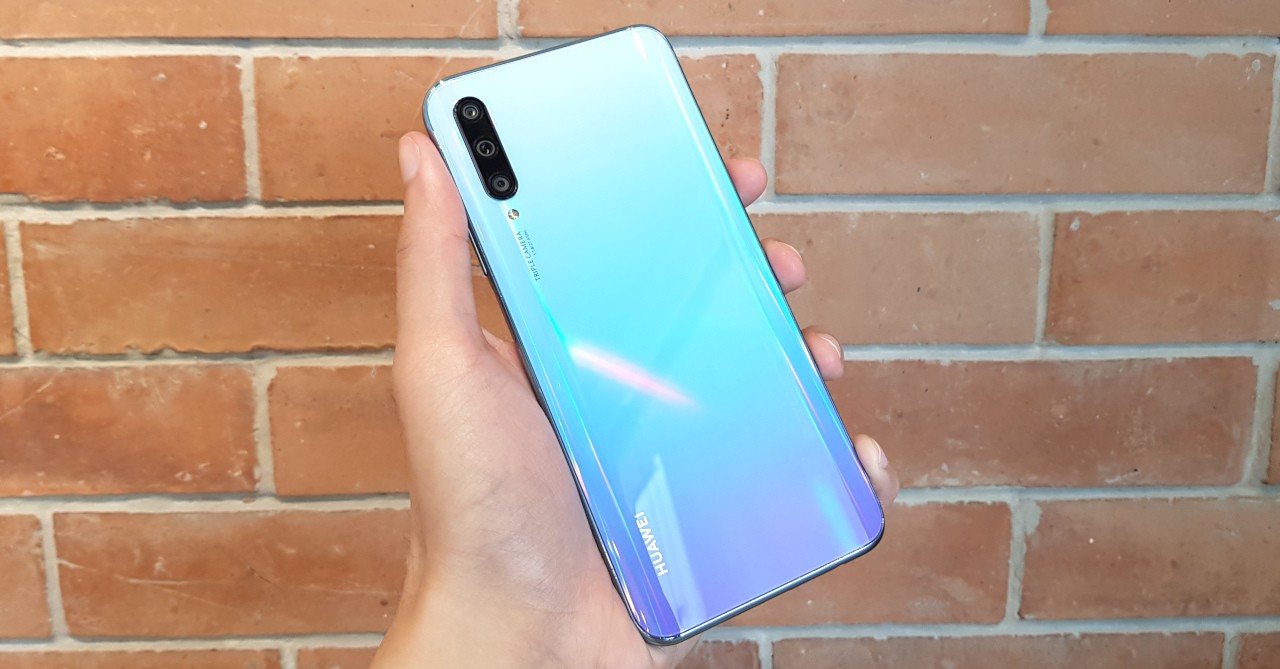 The Huawei Y9s has quite a lot going for it. Huawei’s newest mid-ranger has striking good looks (almost flagship-level actually), a versatile set of cameras, and a display that’s a good match for binge-watching.

What it lacks though is a more powerful processor. Sure, the Kirin 710F gets the job done for day-to-day use and light gaming, but the Y9s does get beaten out performance-wise by a number competing mid-rangers with more powerful SoCs.

Overall, if you don’t really play mobile games all that much and prioritize good looks plus a nice display, the Y9s definitely worth looking into. If gaming is your number one priority though, the Y9s is a tougher sell.

While competing mid-rangers have it beat when it comes to power, the Huawei Y9s is still a good option for users who prioritize having good looks and a large display for binge-watching, or for those who want a pop-up camera smartphone without spending too much. Geek Lifestyle Review: Huawei Y9s