Just in time for Valentine's day! 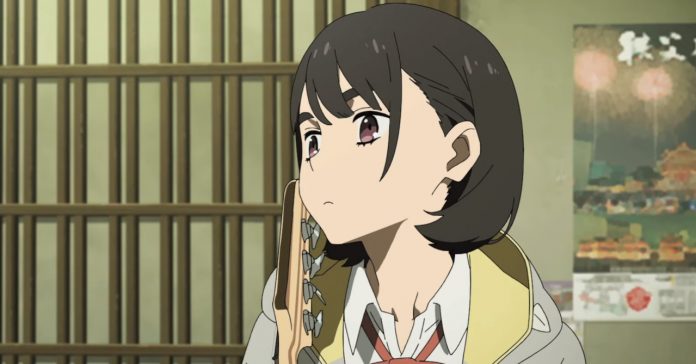 Earlier this month, Pioneer Films announced that it will be releasing the anime film Her Blue Sky in the Philippines sometime this year. Now, we finally have an official PH cinema release date for the film!

Pioneer Films recently announced that Her Blue Sky will screen in theaters starting February 12, 2020. The announcement was made via a post on the Anime Movies Philippines Facebook page. 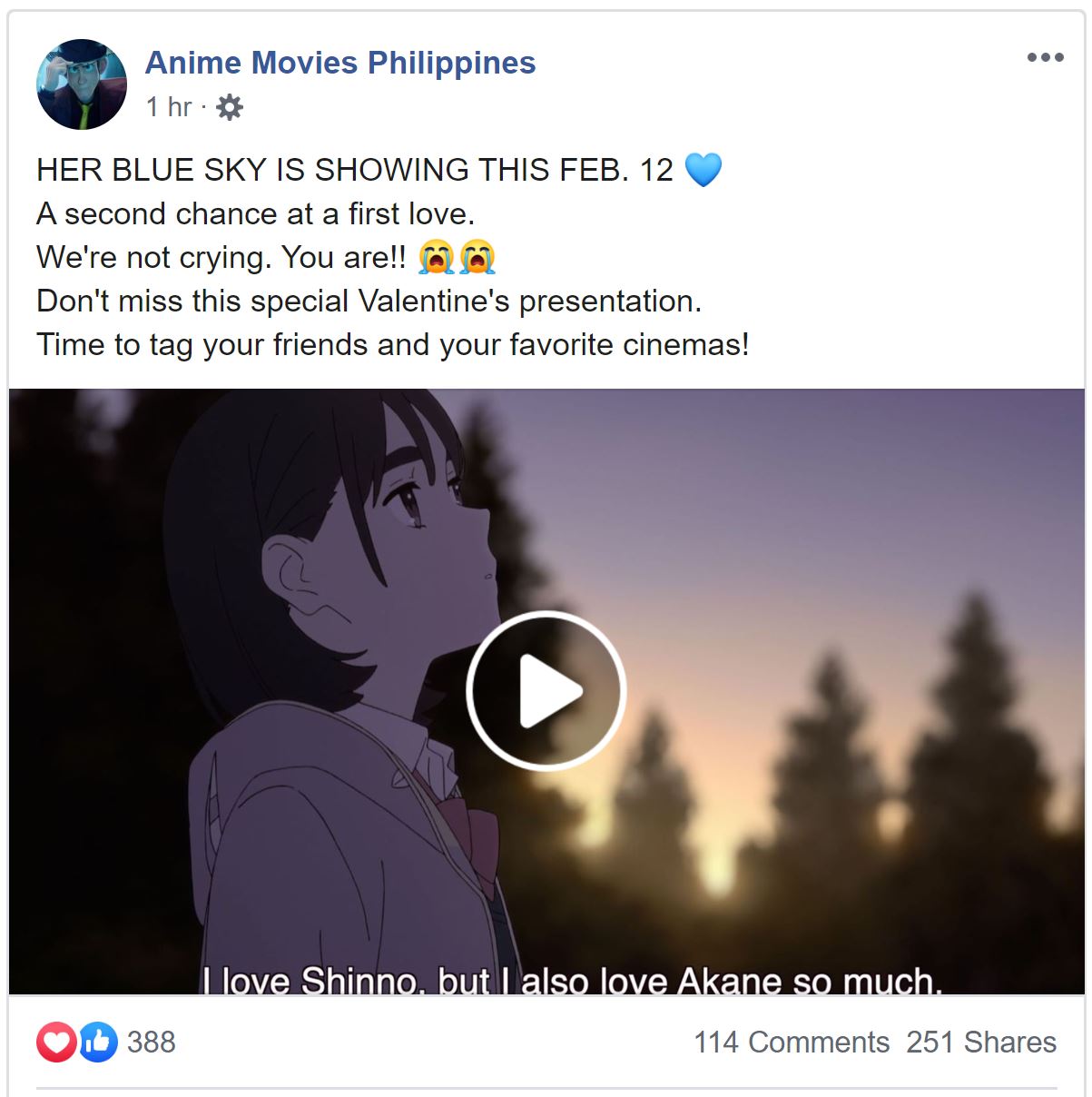 While we have no word yet on the list of cinemas where the film will be shown, we expect Her Blue Sky to be released in cinemas at major Metro Manila malls (based on the release of other anime films from last year). Here’s hoping that this movie gets a wider release so that anime fans from all over the country will be able to watch.

Her Blue Sky is an anime movie by the Super Peace Busters, a team composed of director Tatsuyuki Nagai, writer Mari Okada, and character designer Masayoshi Tanaka. The Super Peace Busters are the trio behind the anime series ‘AnoHana‘, as well as the film ‘The Anthem of the Heart.’

The story of Her Blue Sky is described as:

“When their parents died, Akane remained in her hometown to take care of her little sister, Aoi. Years later, Akane’s ex-boyfriend, Shinnosuke, returns to town to perform at a music festival. At the same time as the reencounter between the two former lovers, Aoi meets Shinnosuke’s teenage self, who has traveled through time, and she falls head over heels for him. The team from the moving The Anthem of the Heart returns with a surprising story full of romance and youthful longings.”

Stay tuned for more info on Her Blue Sky, including the list of cinemas that will screen the film.