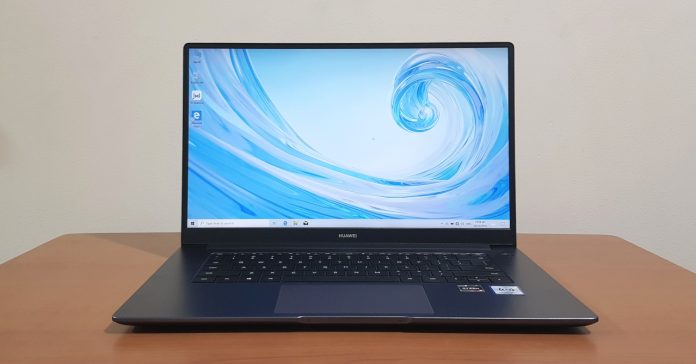 Fresh off of releasing its first smartphone for 2020, Huawei has just launched another device, this time the MateBook D 15. The D 15 is the newest MateBook laptop from Huawei, and it’s aimed at working professionals who are always on-the-go. 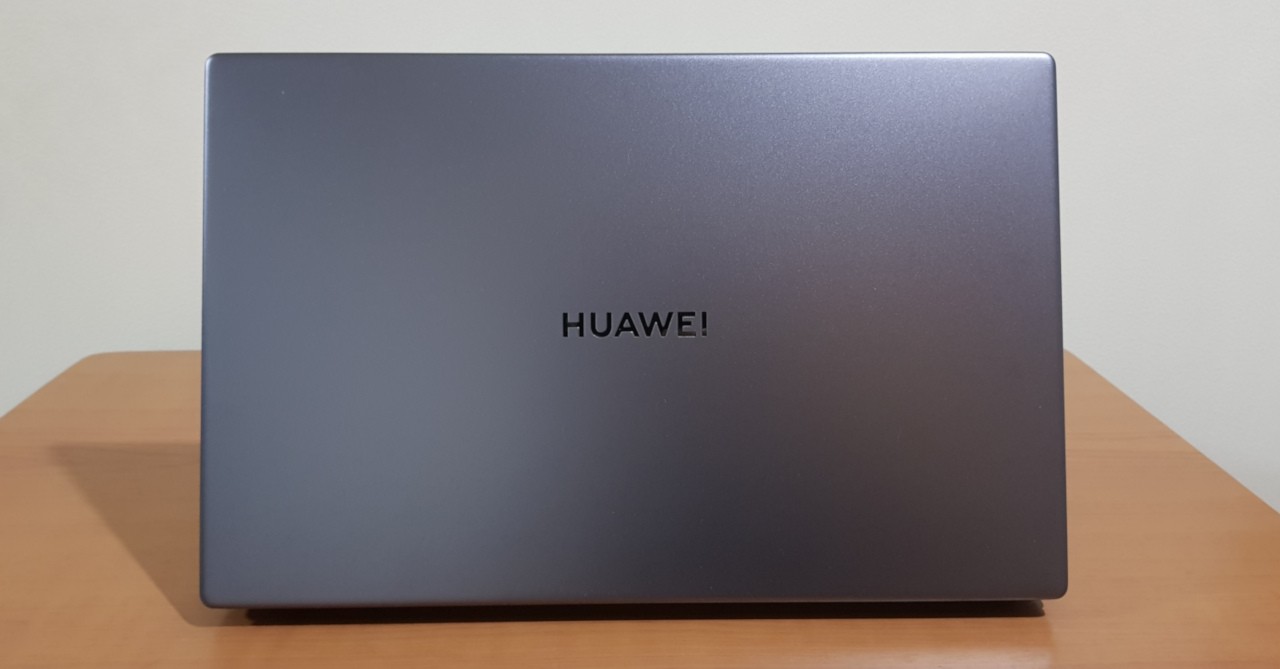 Much like previous MateBooks, the D 15 takes design cues from the Apple MacBook line; this MateBook D 15’s color in particular is even named “Space Grey“. Instead of the Apple logo at the cover though, you get a minimalist Huawei logo.

Looks aside, the MateBook feels premium with its metal construction, especially considering its more affordable price tag compared to expensive MacBooks. It’s also quite a small and light laptop given its screen size. 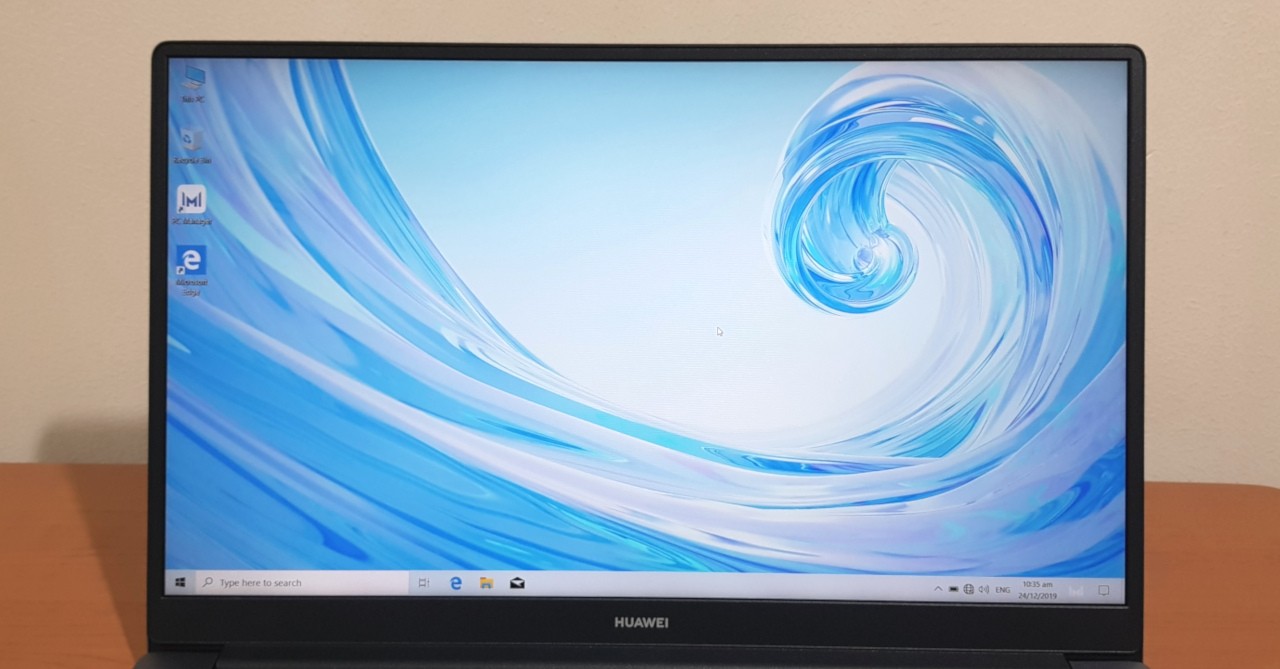 Opening up the laptop, you’ll be greeted with a 15.6-inch FHD FullView Display with an 87% screen-to-body ratio. Given the thin bezels, the MateBook D15 should be a good match for binge-watching and for creative professionals who edit photos/videos while out and about.

While I’m usually not a fan of webcams that are placed at the bottom part of a laptop, I have to admit that having the camera pop-up from the keyboard is a nifty design. Not only does it make the laptop sleeker, it also functions as a webcam privacy cover. 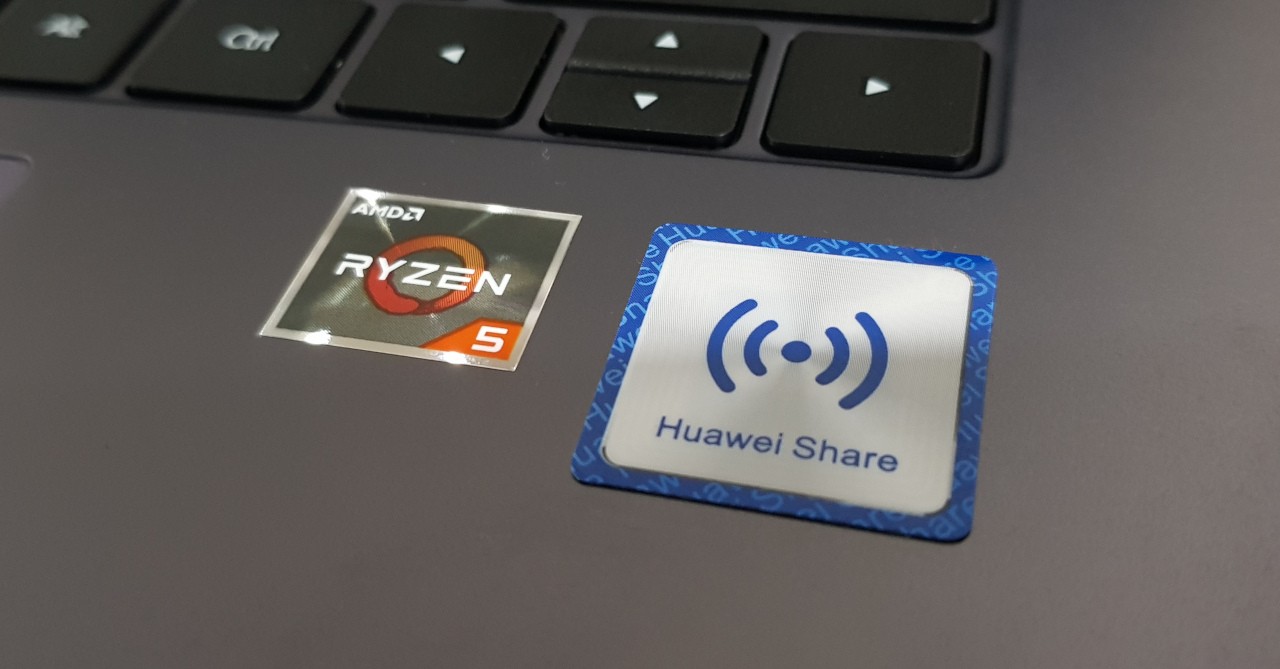 Moving on to the internals, the Huawei MateBook D 15 is powered by an AMD Ryzen 5 3500U processor, a Radeon Vega 8 GPU, and 8GB of RAM. For day-to-day use and for light photo/video editing, the MateBook’s CPU + GPU combo should have no problems. As for gaming, I don’t expect this to be powerful gaming machine; though it should be able to run less intensive esports titles at lower settings.

As for storage, the MateBook D 15 has a 256GB SSD and a 1TB HDD; having an SSD means that the D 15 should have quick load times for both the OS and programs. While a number of laptops in this price range are outfitted with an SSD, the MateBook D 15 has the advantage when it comes to storage space thanks to its 1 TB hard drive.

As a thin ultrabook, I expected the MateBook to only have a couple of ports. To my surprise, the D 15 has three USB Type-A ports, Type-C port (which is also the charging port), a 3.5mm combo jack, and an HDMI 2.0 port. Having three Type-A ports is great, but the inclusion of an HDMI port is even better news given how useful having one is.

For added security, the MateBook D 15’s power button is also a fingerprint scanner, meaning you’ll be able to unlock the laptop quicker. 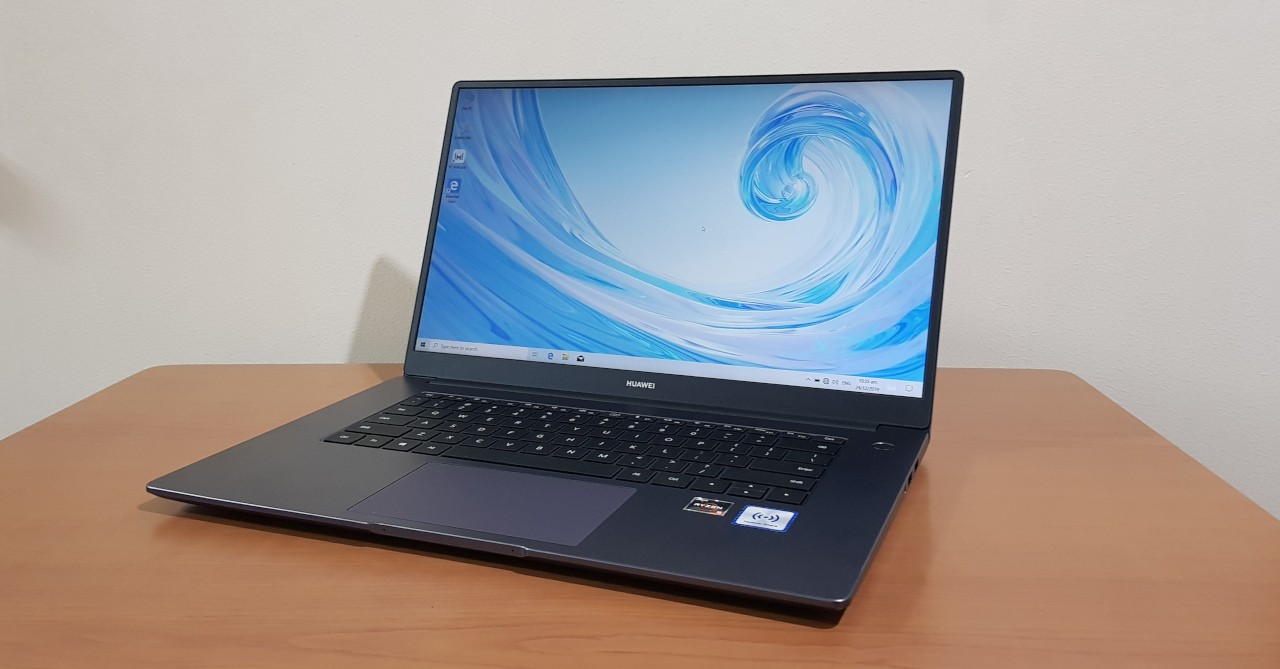 My initial impression of the Huawei MateBook D 15 is that it’s a laptop that would make a great companion for working professionals. It also has the advantage over competing laptops when it comes to construction. Of course, it remains to be seen if it can stand out in the market, especially considering its price PHP 37,990 price tag. 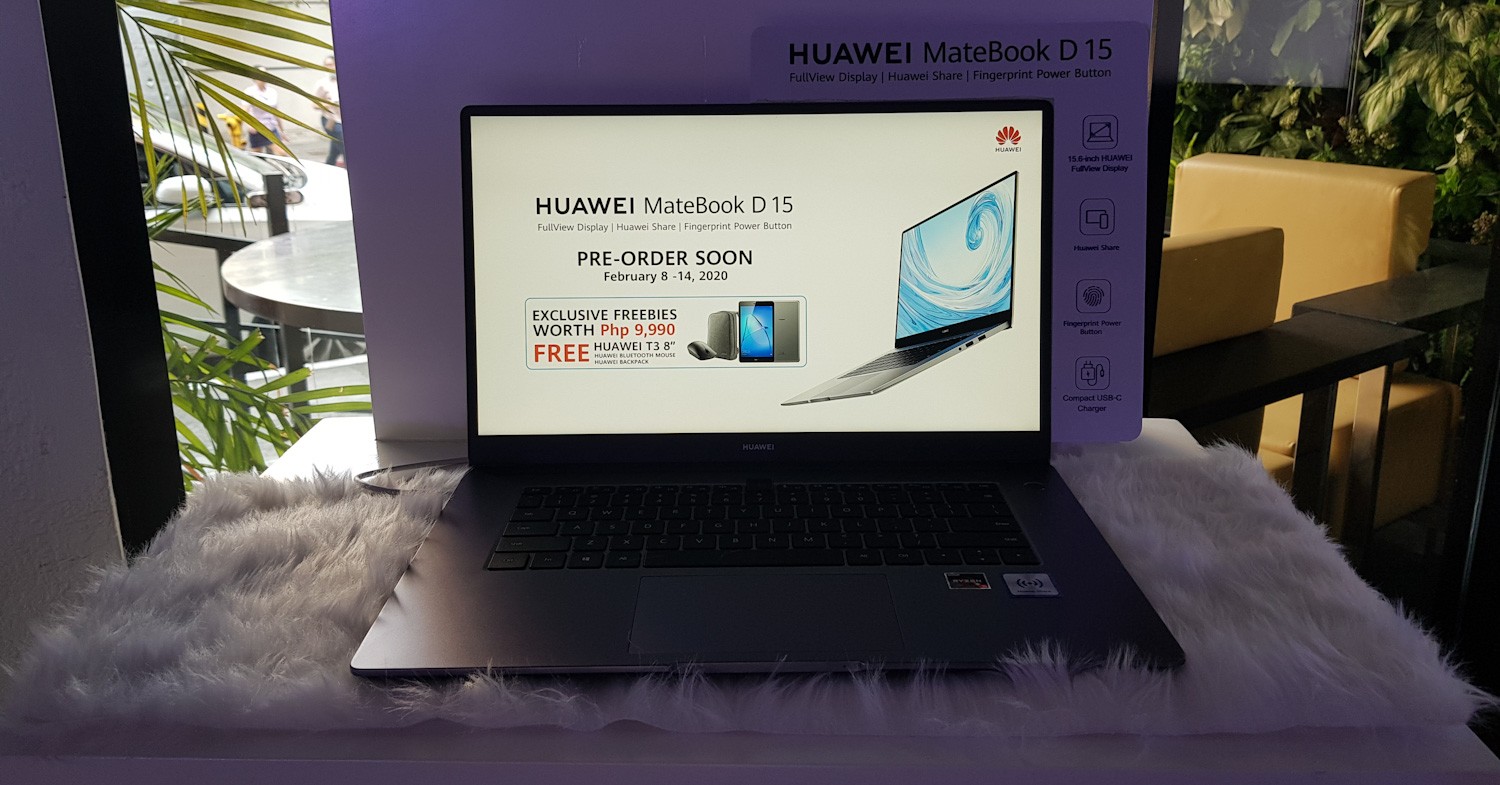 The Huawei MateBook D 15 will be available for pre-order on February 8-14, 2020. Each pre-order will come with exclusive freebies, including a Huawei T3 8-inch tablet, a Huawei Bluetooth Mouse, and a Huawei Backpack (all worth PHP 9,990)

Not sure if you should get one? We’re currently testing the laptop out more, so watch out for our full review of the MateBook D 15 soon!

- Advertisement -
Previous article
Geek Lifestyle Review: Realme 5i
Next article
Inuyasha gets a new action-RPG for smartphones this 2020