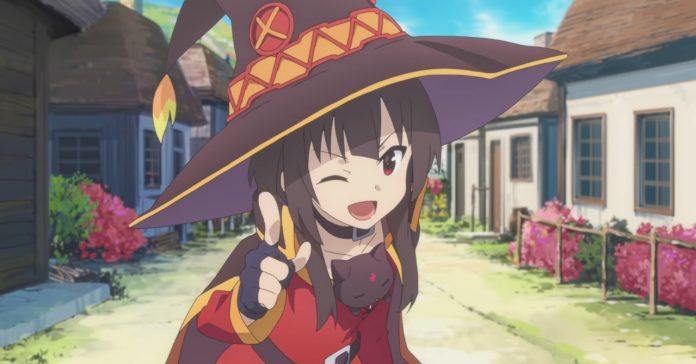 Last month, ODEX Philippines announced that the upcoming film KonoSuba: God’s Blessing on this Wonderful World! Legend of Crimson will be released in Philippine cinemas this 2020. Now, we finally have an official release date!

ODEX Philippines recently announced that the KonoSuba: Legend of Crimson movie will be released in Philippine cinemas on March 4, 2020. The film will screen exclusively in SM Cinemas.

While the movie will release on the 4th of March, dedicated KonoSuba fans will be able to watch the film early thanks to an upcoming fan screening. The KonoSuba movie fan screening is happening on February 29, 2020, and each fan screening ticket will also come with a free KonoSuba t-shirt and clear file. There’s no word yet on which SM Cinema the fan screening will take place though.

In case you’re unfamiliar, KonoSuba: God’s Blessing on this Wonderful World! Legend of Crimson is the first movie in the KonoSuba series. KonoSuba started off as a light novel series, and it was adapted into an anime series in 2016. The film is set after the events fo the series’ second season.

Haven’t watched the series yet? We highly recommend it as it’s easily one of our favorite anime series this decade.