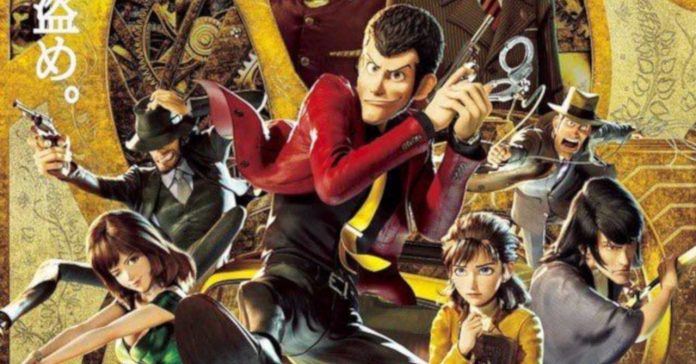 Last month, Pioneer Films announced that the 3D animated film, ‘Lupin III: The First’, will be released in Philippine cinemas sometime this January. Now, we finally have the official release date for Lupin III: The First — January 29, 2020.

The announcement was made recently via Pioneer’s Anime Movies Philippines page. Aside from the release date reveal, Pioneer also teased that an advance screening of the Lupin III movie will be announced soon. 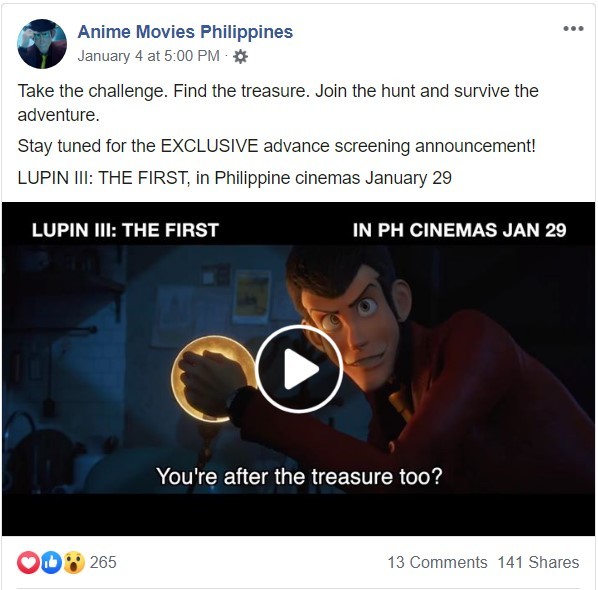 While we now have an official release date, Pioneer has yet to announce the full list of cinemas where the Lupin III movie will be released. If you want to watch the film in your favorite cinema, we recommend calling them up to request for a Lupin III: The First screening.

In case you’re unfamiliar, Lupin III: The First is a 3D animated film in the popular Lupin III franchise, and it features beloved series regulars such as Daisuke Jigen, Ishikawa Goemon XIII, Fujiko Mine, and many more. The film was initially released in Japan last December 6, 2019.

As for the film’s plot, Lupin III: The First’s story is described in IMBD as: