Not bad at all for that price tag! 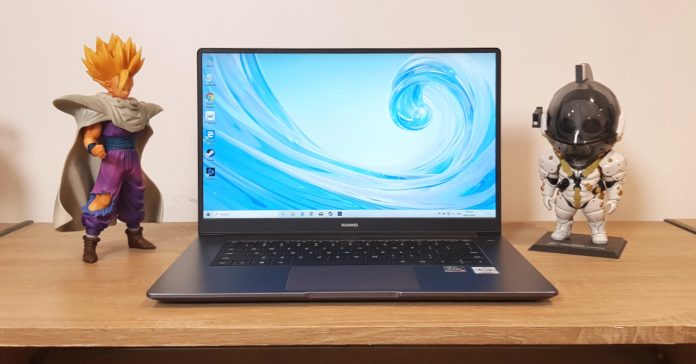 In my initial impressions of the Huawei MateBook D 15, I said that Huawei’s newest laptop would be a great fit for working professionals thanks to its premium metal construction, capable specs, and good display. Of course, I was only able to try the MateBook D 15 for a couple of days before writing the article, so it’s far from a final verdict. 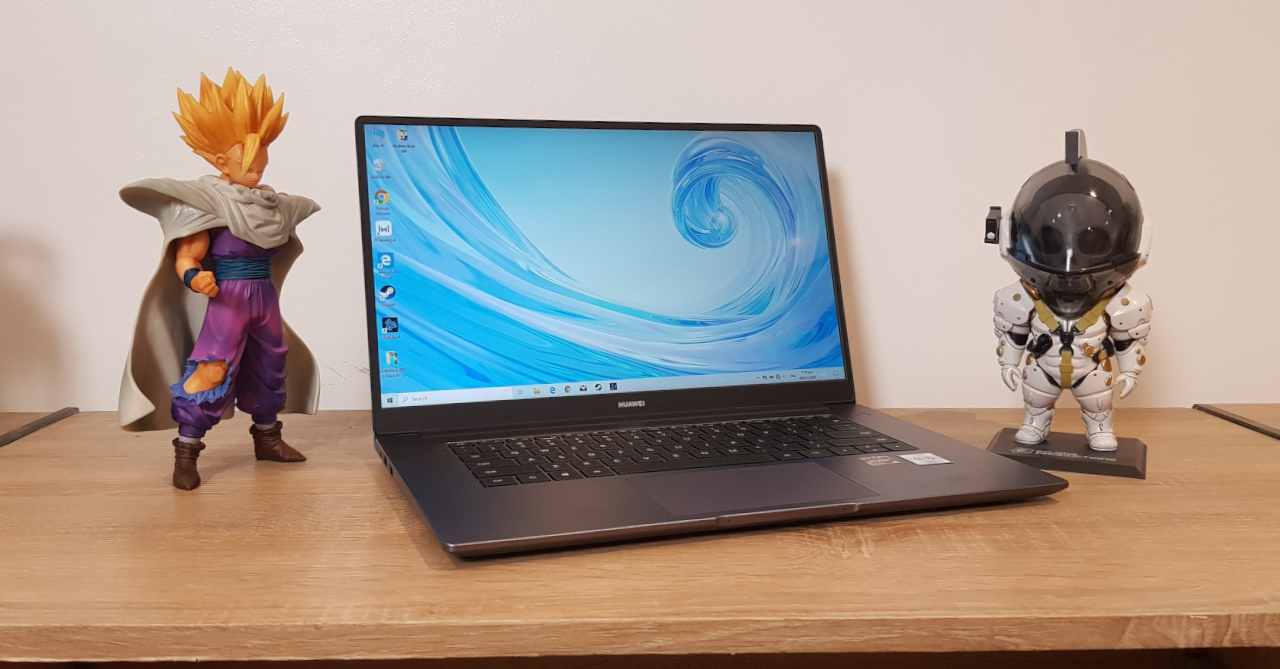 Now that I’ve been able to test out the laptop for around two weeks, does my initial impression of the laptop still hold true? Find out here in our full review of the Huawei MateBook D 15:

While you can get laptops that have brighter colors and/or louder designs at the sub-40k price point, you’ll be hard-pressed to find a notebook that looks and feels as premium as the MateBook D 15 in its price range. Sporting a premium metal construction and a subtle-yet-elegant design, the MateBook D15 can pass off as a laptop that’s twice its retail price.

The metal body doesn’t just look great, it also feels premium too. Even with its metal construction though, the MateBook D 15 is still quite thin and light, with a weigh of 1.53 kg and a thickness of 16.9 mm.

For I/O, the MateBook D 15 has three USB Type-A ports, a Type-C port (which is also the charging port), a 3.5mm combo jack, and an HDMI 2.0 port. While it could’ve used an extra USB Type-A port and an SD card reader, I’m quite happy overall with the I/O thakns in large part to the inclusion of a HDMI port, considering other notebooks don’t come with one. 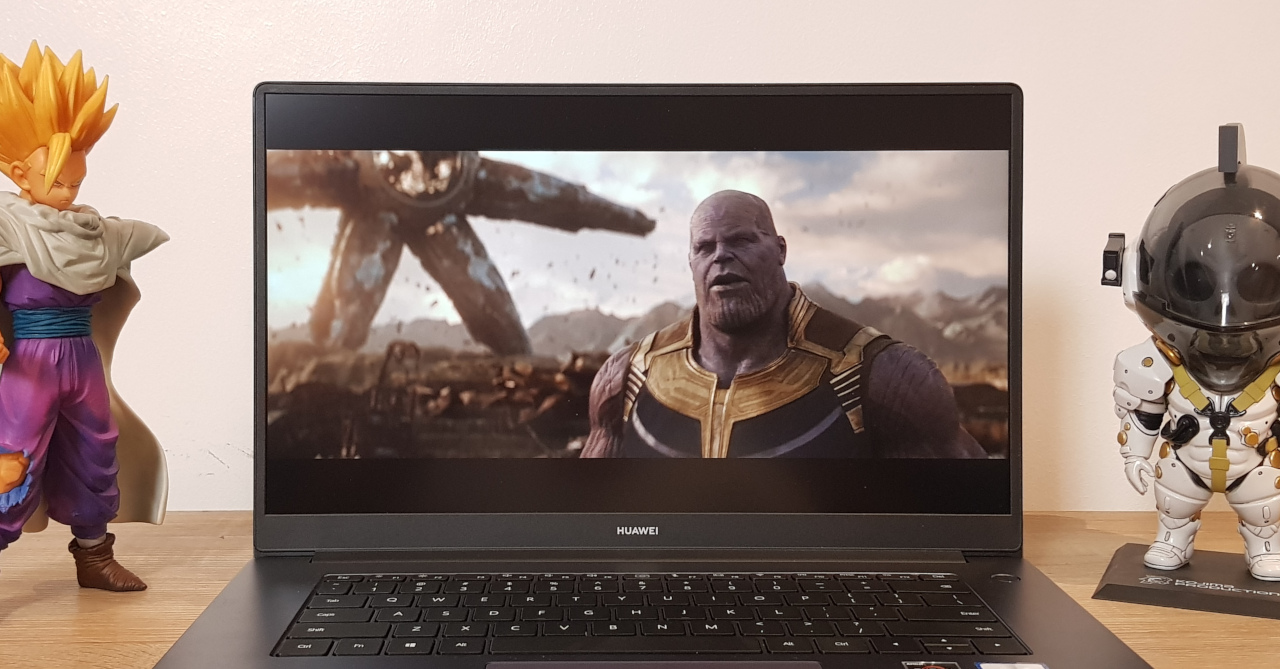 The MateBook D 15 sports a 15.6-inch Full-HD IPS display with slim bezels, making for a screen with an 87% screen-to-body ratio. For work/productivity tasks such as email, word processing, and a bit of photo/video editing, the display works well. For binge-watching, the D 15’s screen is also a pretty good match as it outputs good colors and has a wide viewing angle (thanks to the IPS panel). Brightness is also adequate for most situations, except for bright outdoor conditions. 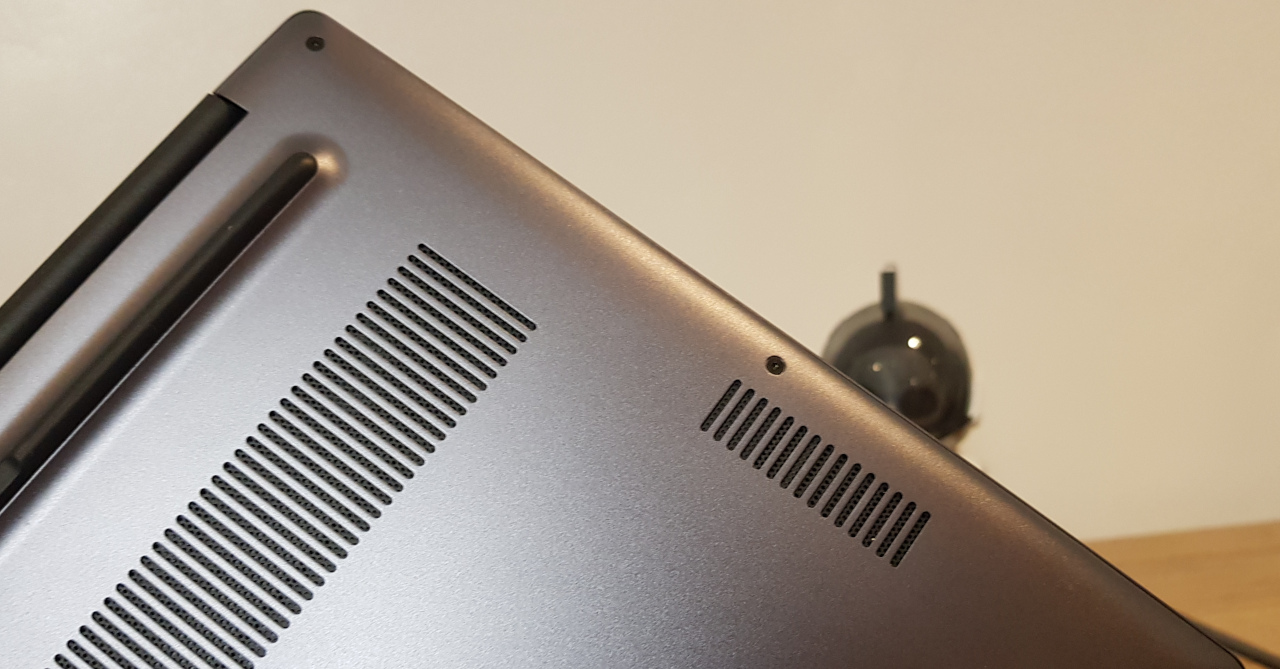 While most laptops have speakers that are tuned by brands such as Dolby or Harman/Kardon, the MateBook D 15 has an unbranded pair of onboard speakers. This doesn’t meant that the MateBook D 15 has subpar audio ouput; in fact, audio from the laptop’s speakers are pretty decent and without much distortion even at higher volumes. Of course, headphones/external speakers are still recommended for extended music listening and/or binge-watching sessions. 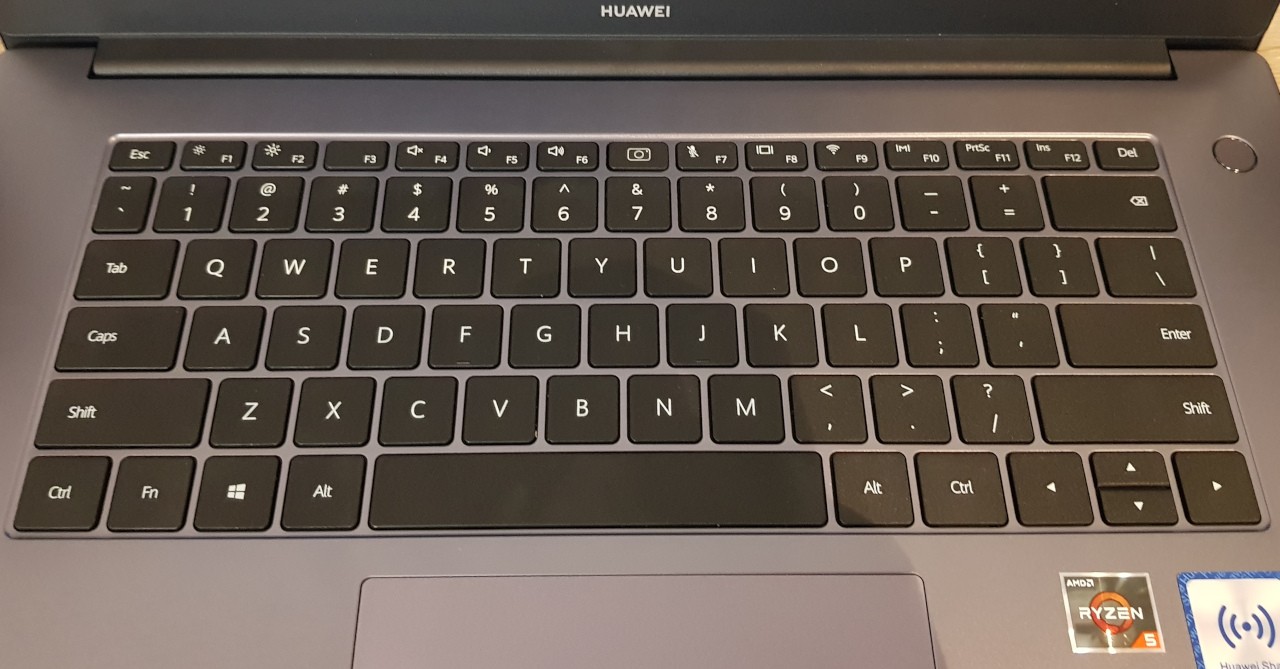 The D 15 packs a keyboard without a dedicated numpad. While other 15-inchers pack numpads, the advantage of not having one is that keys are bigger, and that’s exactly what the MateBook D 15 has. Thanks to the nicely-sized individual keys and proper spacing, typing on the MateBook D 15 is a great experience. In games, it’s also pretty decent, though it does have a short travel which isn’t the most satisfying for gaming. Plus, there’s not backlight which is a bit of a bummer (but not a dealbreaker considering the SRP).

The MateBook D 15 is powered by an AMD Ryzen 5 3500U CPU, though the laptop’s GPU is just a Radeon Vega 8 Graphics card — an integrated GPU for the Ryzen 5. While the Ryzen 5 should be powerful enough for work tasks, gaming isn’t exactly the laptops strong suit; Huawei didn’t design this notebook for gaming after all. Still, I just had to try and see how the MateBook D 15 would hold up for gaming.

I was quite surprised by the results! Given that the Vega 8 is an integrated GPU, I expected it to struggle even with typical esports titles. When I ran Overwatch though, the MateBook D 15 managed to run the game at a solid 60-70 FPS on low graphics settings at 1080p. If you need to have your fix of games such as Overwatch, CS:GO, or Dota 2, the MateBook D 15 has enough power to let you play (at least at lower settings).

As expected though, the D 15 struggled playing triple-A games. Running Rise of the Tomb Raider’s in-game benchmark tool at 1080p with low graphics, the D 15 produced an average FPS of 16.75 — far from playable. Though when the resolution is turned down to 720p with low graphics settings, the result is a playable 36.53 FPS. While I won’t recommend it, you can run some triple-A games on the laptop, provided you turn every graphics option down. 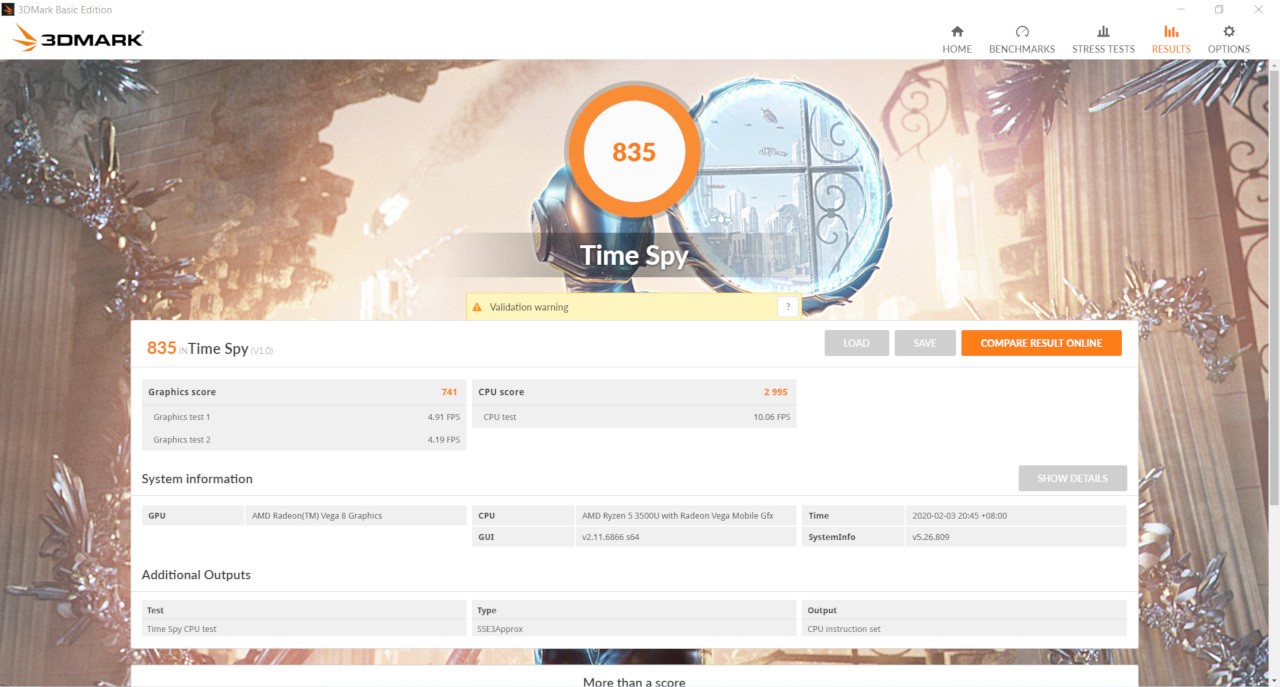 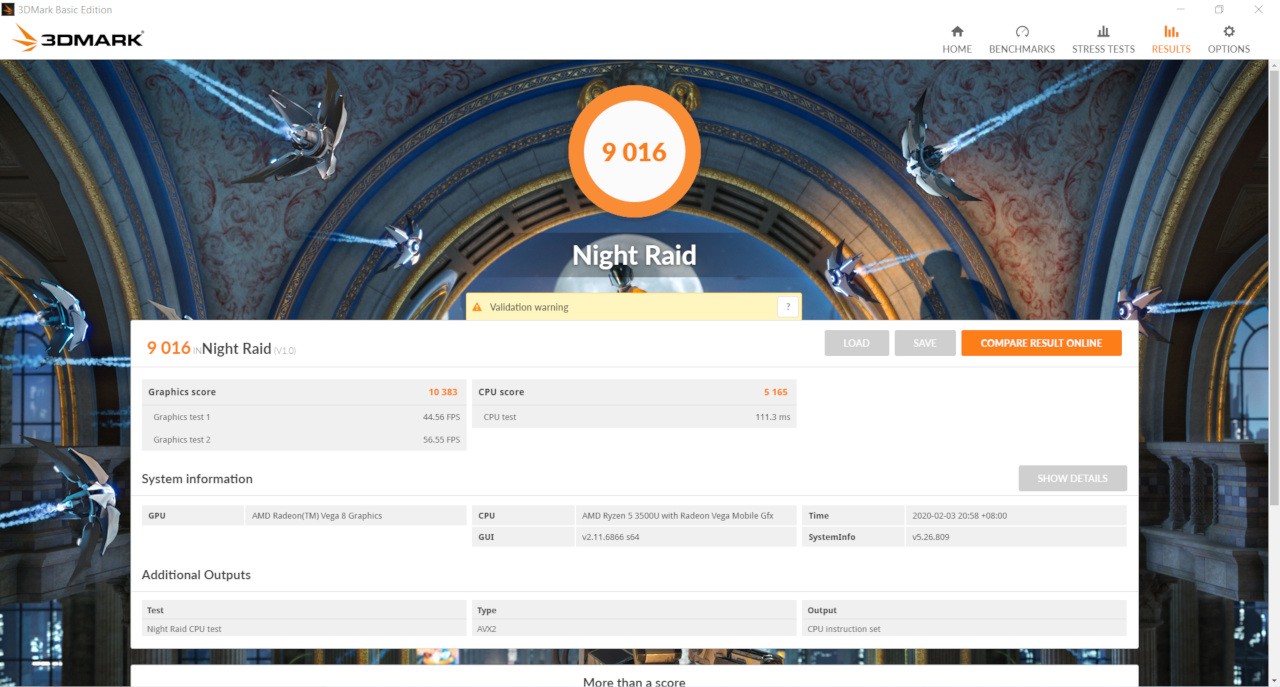 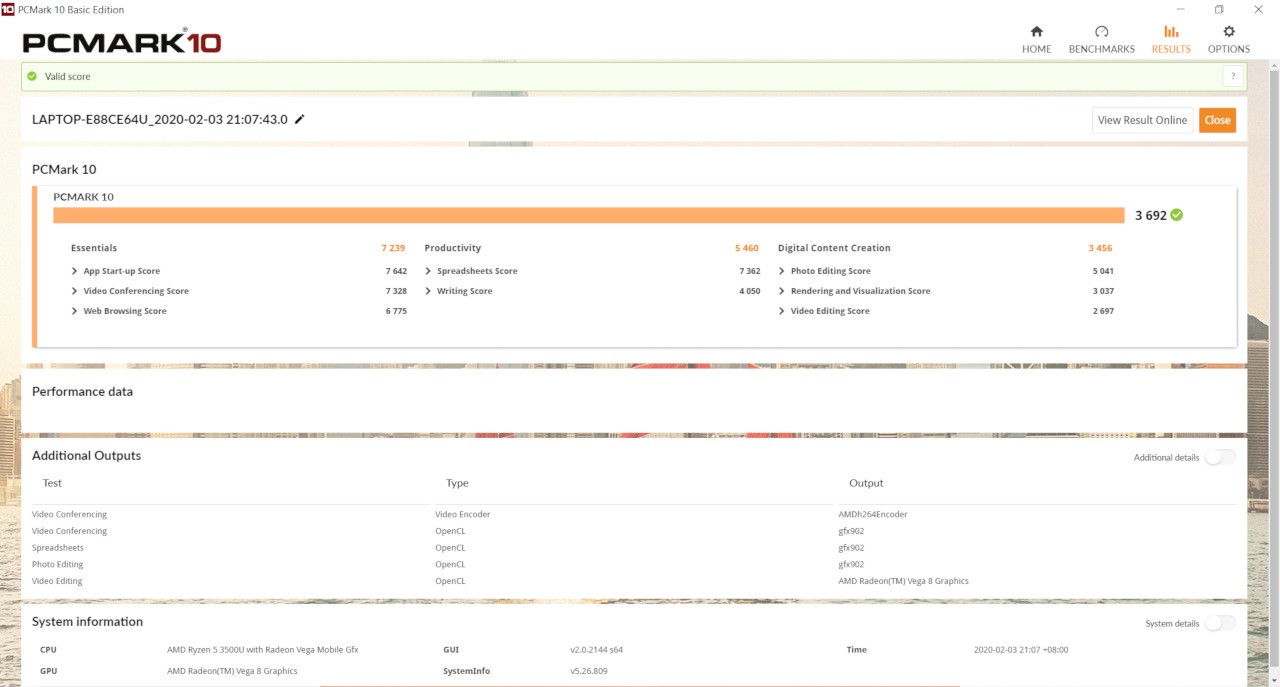 In benchmarks, the MateBook D 15 had a score of 835 on Time Spy and 9016 on Night Raid (a benchmark made for integrated GPUs). On PCMark10, the D 15 got 3692, a pretty good score, especially considering the ZenBook Duo (a laptop that’s much more expensive) got a score of 4145.

Thanks to the capable Ryzen 5 processor, coupled with the laptop’s 8GB of RAM, the MateBook D 15 proved to be a reliable laptop for day-to-day use. If you’re a working professional that creates documents/presentations, checks emails, and does a bit of photo editing (and maybe some light video editing), the MateBook D 15 is a great partner. 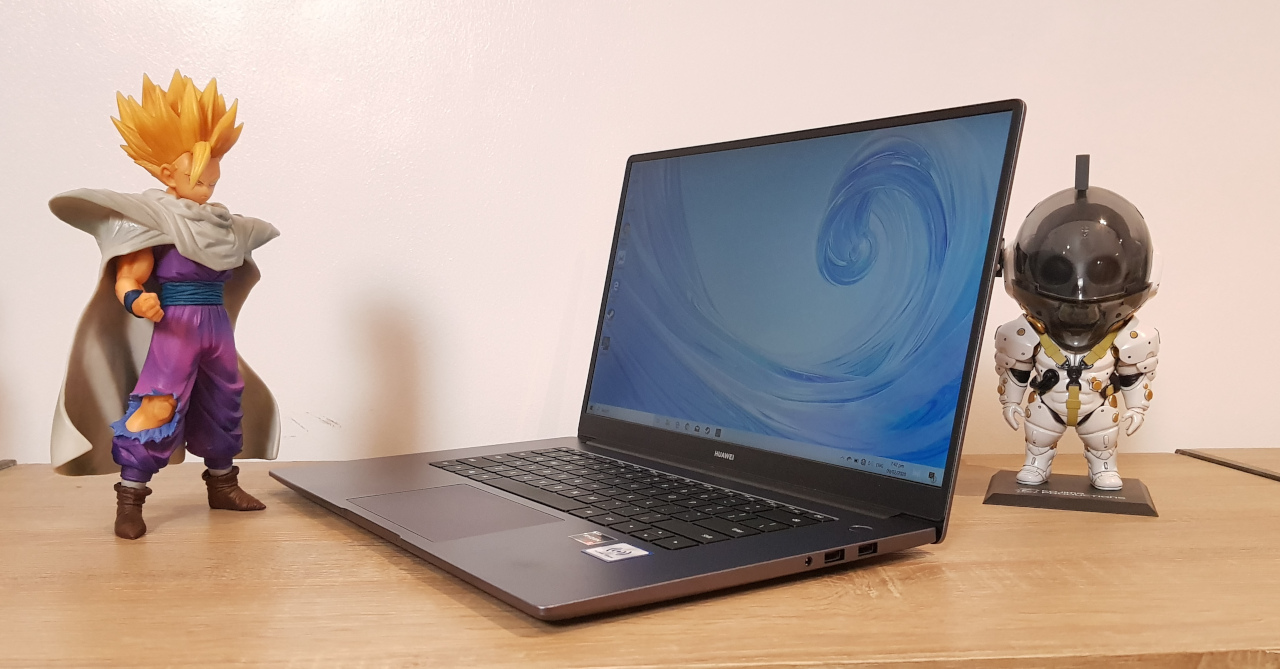 Another good thing about the MateBook D 15 is that there isn’t a lack of storage space. The notebook comes with a 256GB SSD that’s paired with a 1TB HDD. Thanks to these drives, the MateBook D 15 has quick boot/load times, all without sacrificing storage spcae.

The new MateBook also has a couple of premium features, one of which is a fingerprint scanner that makes securing the laptop more convenient. Another is the webcam which is hidden in pop-up module in the keyboard. While the webcam’s placement isn’t the best, I like the fact that the pop-up module also functions as a security cover.

While I liked most of the MateBook D 15’s features, what I would’ve wanted an improvement on is battery life. In standard use (think browsing and word processing), the MateBook D 15 lasts for around 5 or so hours, and that’s on Windows 10’s Better Battery mode. You can still get a lot of work done in 5 hours, though considering that other laptops can run up to 8 hours on one charge, the MateBook D 15 could have used more juice. 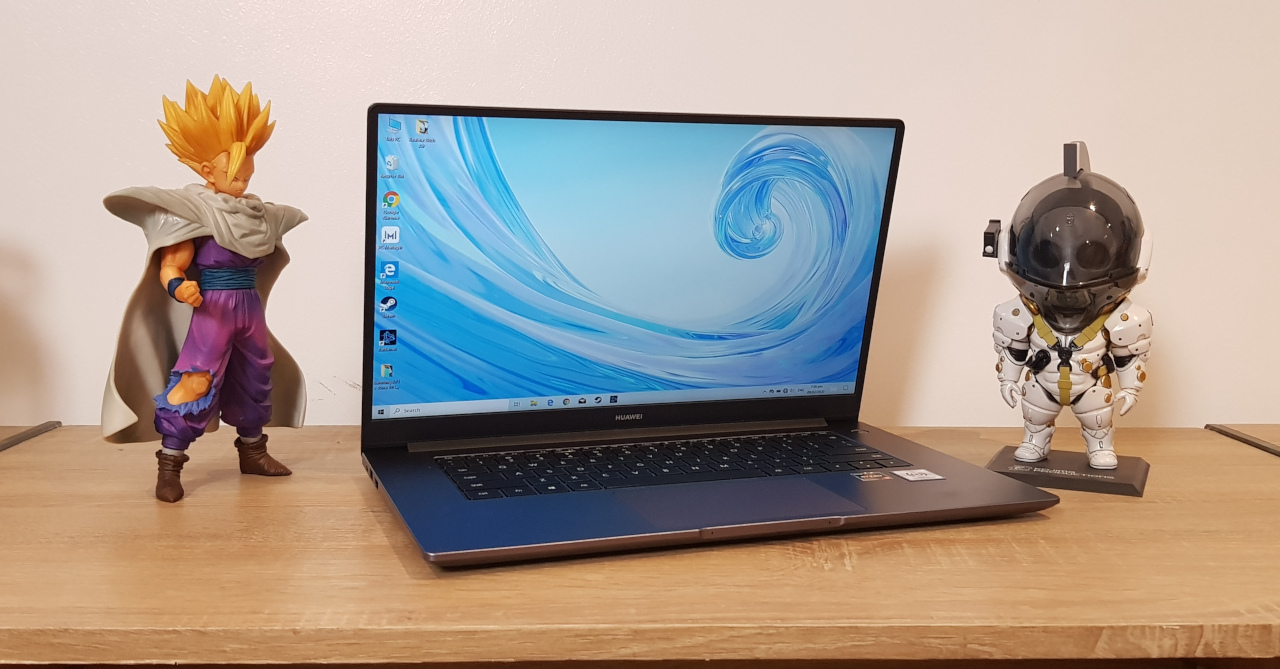 At its SRP of PHP 37,990, the Huawei MateBook D 15 is a great deal thanks to its good display, great performance for day-to-day tasks, and stand-out design. While its battery life may not be the best, the D 15 more than makes up for it with its bevy of premium features that you’d be hard-pressed to see in laptops at this price range.

Overall, if you’re a working professional or a student looking for a capable and premium  laptop without spending too much, the MateBook D 15 is a great pick.

Geek Lifestyle Review: Huawei MateBook D 15The MateBook D 15 has a good display, great performance for day-to-day tasks, and stand-out design. Even though its battery life could be better, the pros heavily outweigh the cons overall, making the MateBook D 15 a great choice for working professional.