Assassin’s Creed Odyssey is free this weekend on PS4, Xbox One, and PC 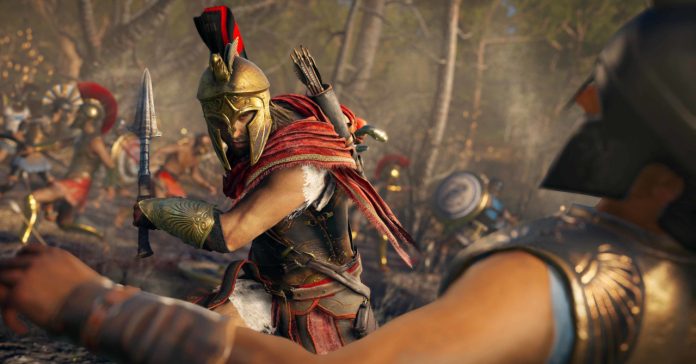 Looking for a game to play during the quarantine period? Here’s some great news: Ubisoft recently announced that Assassin’s Creed Odyssey is having a Free Weekend from March 19-22, 2020. The game will be free to play this weekend for gamers on PS4, Xbox One, and PC; though console players will need a PS+ subscription on PS4 and an Xbox Live Gold subscription on Xbox One to access the Free Weekend.

During the AC Odyssey Free Weekend, players will have access to the full main game, with progress from the weekend carrying over if the player buys the game on the same platform. Players will also unlock ‘Ezio’s Roman Set’ through Ubisoft Club.

Released back in 2018, Assassin’s Creed Odyssey is the 11th major installment in the long-running Assassin’s Creed franchise. Set in 431 BC, the game follows a Greek mercenary during the Peloponnesian War between Athens and Sparta.

The game is described by Ubisoft as:

“Assassin’s Creed Odyssey is set in Ancient Greece during the Golden Age of Athens amidst one of the deadliest conflicts in history, the Peloponnesian War. Playing as either Alexios or Kassandra, an outcast Spartan mercenary, players will embark on an epic journey into a living, systemic open world, where they will uncover the truth about their mysterious past and become legendary Greek heroes.”

Want to get started on Odyssey? Here are 8 tips for beginners: