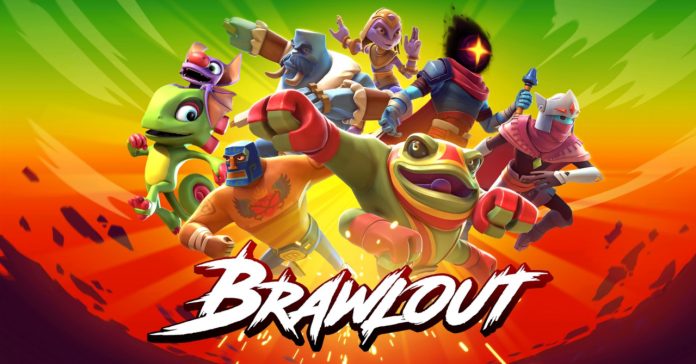 While Brawlout was released back in 2018, the game’s Deluxe Edition releases today in Southeast Asia (including the Philippines) for the PS4, and it includes the base game alongside various DLCs. The game itself is a platform fighting title by Angry Mob Games, and it features 25 playable characters, four of which are guest brawlers from different indie games.

From the looks of it, Brawlout is a fun fighting game that caters not only to hardcore fighting game fans, but also to casual players of the genre. So does Brawlout deliver? And is it worth getting in 2020? Find out here in our full review of the game! 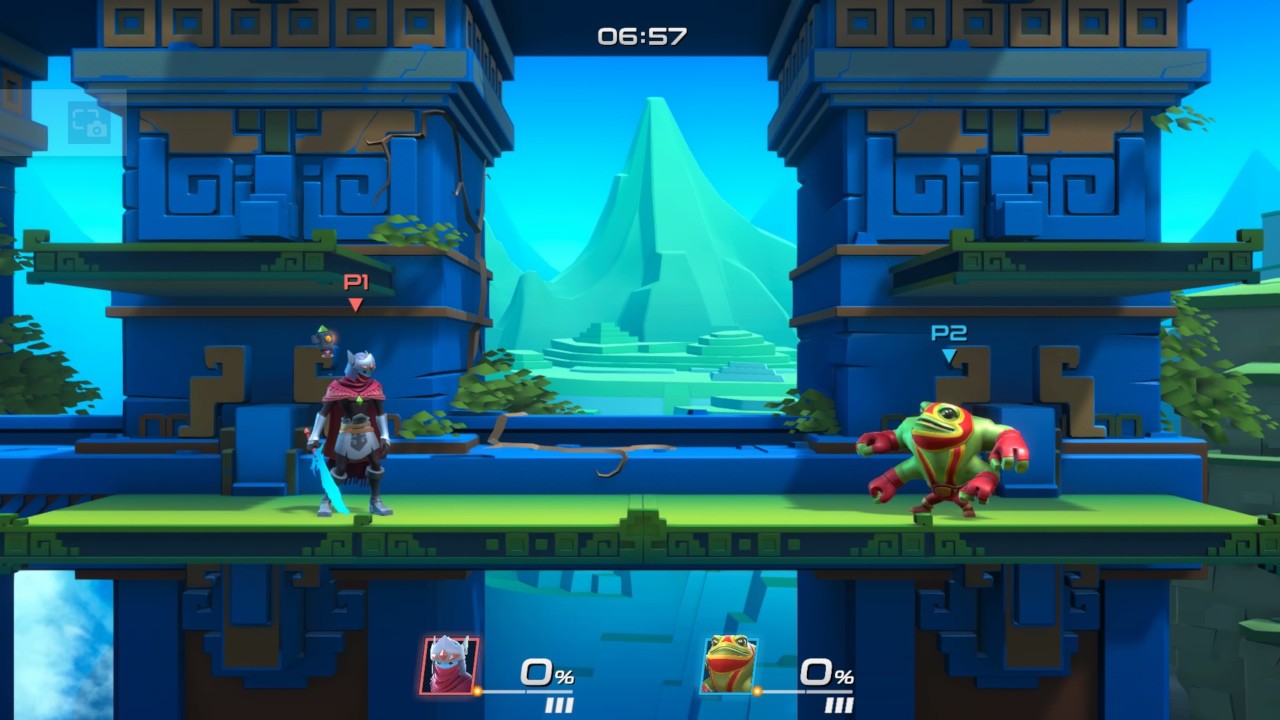 Brawlout’s gameplay should be familiar for most gamers, especially those who have played other platform fighting games. In Brawlout, your aim is to knock your opponent (or opponents) off the map through the use of basic attacks, special attacks, charged moves, and more. Once an opponent hits 100% in his damage meter, well-timed attacks will knock him/her off the map. The last player standing at the end of the match wins, with the game supporting up to four brawlers in each match.

Basically, Brawlout works similarly to Nintendo’s Smash Bros, though there are two main differences, one of which is the lack of blocking. In Brawlout, characters aren’t able to block, meaning dodging is the key mechanic to avoid damage.

The other major difference is the Rage Meter which fills up whenever you deal or take damage. Once it’s filled up to a certain point, you can either use a Rage Burst which will push an opponent back, or enter Rage Mode which increases knockback and reduces damage taken. 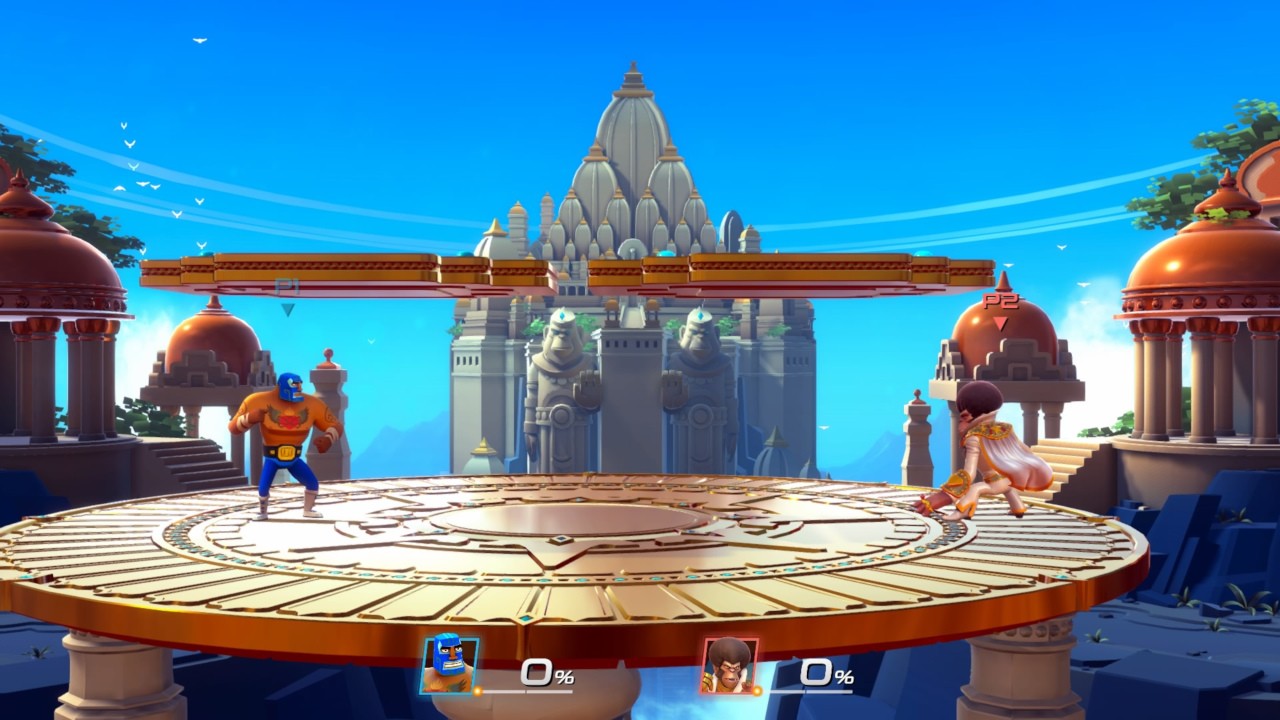 Mechanically, Brawlout is quite solid, as it is quite responsive and plays smoohtly. The Rage moves and reliance on dodges also make it unique compared to other platform fighting games. Even with these interesting mechanics though, Brawlout doesn’t exactly stand out, especially compared to Smash Bros (an inevitable comparison given Smash’s popularity and dominance in the genre).

Playing Brawlout is fun sure, and it’s also quite an accessible game for beginners without sacrificing depth; but there’s just something missing. Maybe it’s the fact that the movesets and abilities of the game’s characters don’t reach the same level of variance (and creativity) as the fighters in Smash Bros. Or maybe it’s because the brawlers themselves just aren’t that recognizable. 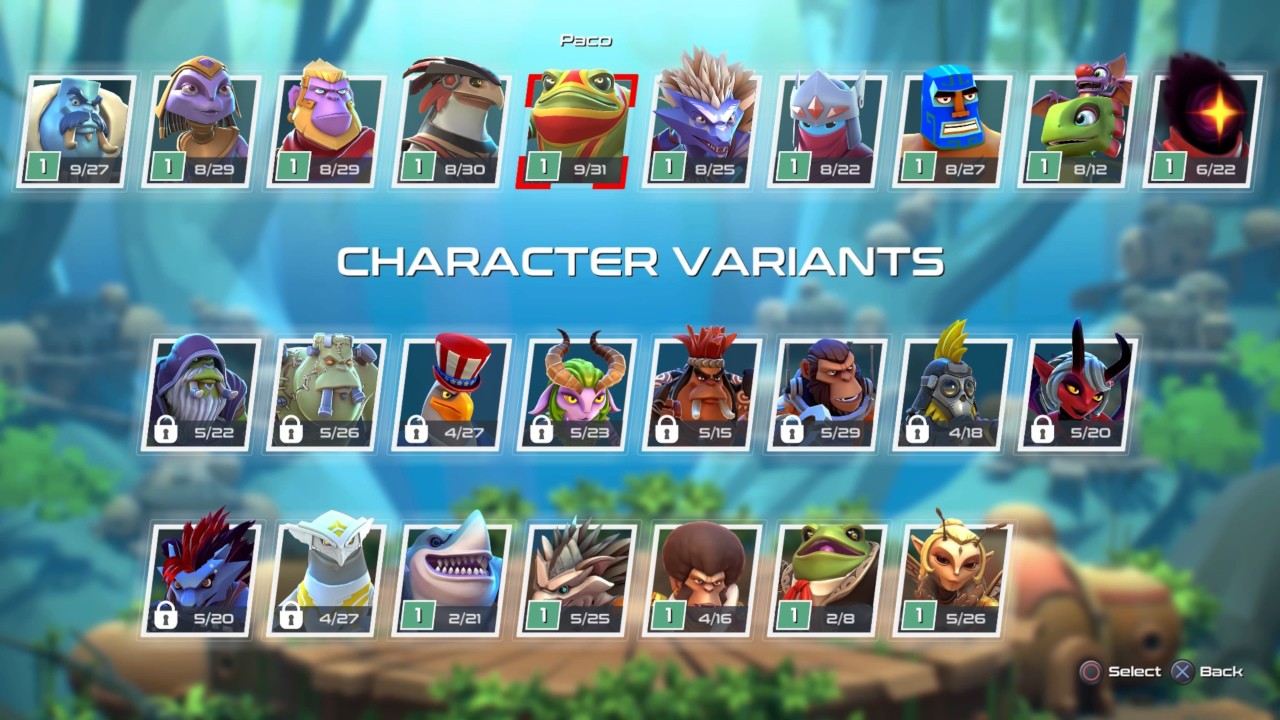 The Brawlout roster features 25 characters, four of which are guest brawlers, namely The Drifter (Hyper Light Drifter), The Prisoner (Dead Cells), Yooka–Laylee (from Yooka-Laylee), and Juan (Guacamelee!). Playing as these characters is fun, especially if you’ve played the games where they came from. Aside from the four guest characters though, the rest of the roster is rather dull.

The original brawlers for Brawlout all feel solid to play mind you, but their designs are just a bit uninspired. Sure, the characters have detailed models, but their actual designs are a bit all over the place; there’s just nothing that unifies their styles, both in terms of looks and how it affects their moves in-game. Games such as Smash Bros can get away with this as all their brawlers are based on established IPs, but not Brawlout.

Speaking of brawlers, unlocking the full roster it’s easy enough, though it takes a bit of time. To unlock brawlers, you’ll need to reach a certain level of mastery for select characters. Raising mastery level is done simply by playing characters, either in the game’s single player or multiplayer modes.

The fact that you won’t need to go through lengthy arcade missions or have to buy characters to unlock them is great, especially considering it would’ve been easy for the developers to have characters be behind a paywall. And while there is an in-game store, items there are limited only to cosmetics. 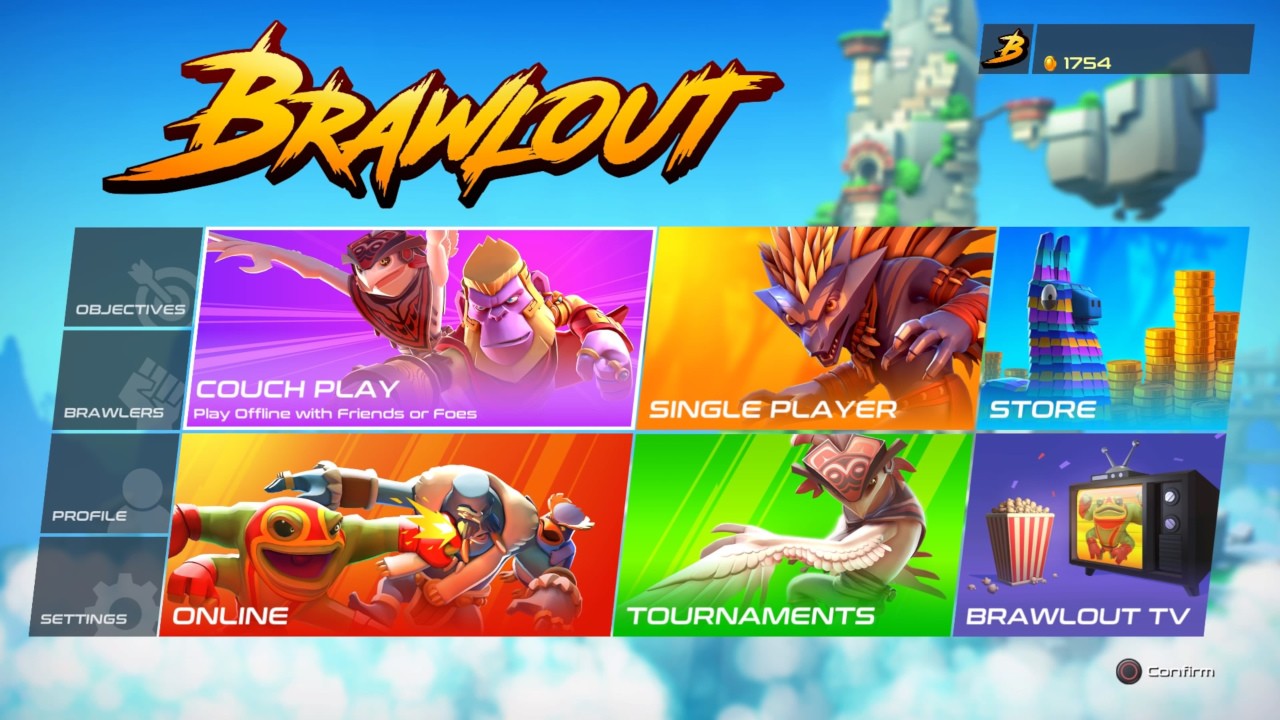 As for game modes, Brawlout has a couple of single player, online multiplayer, and couch co-op modes. There are also tournaments, as well as match spectating options through Brawlout TV.

Brawlout’s single player modes include Trials which is basically a boss rush which grants bonus perks, as well as the standard Arcade, Practice, and Tutorial modes. For online online multiplayer, there are casual and ranked match options. Finally, Couch Play supports 2-4 players for each match. 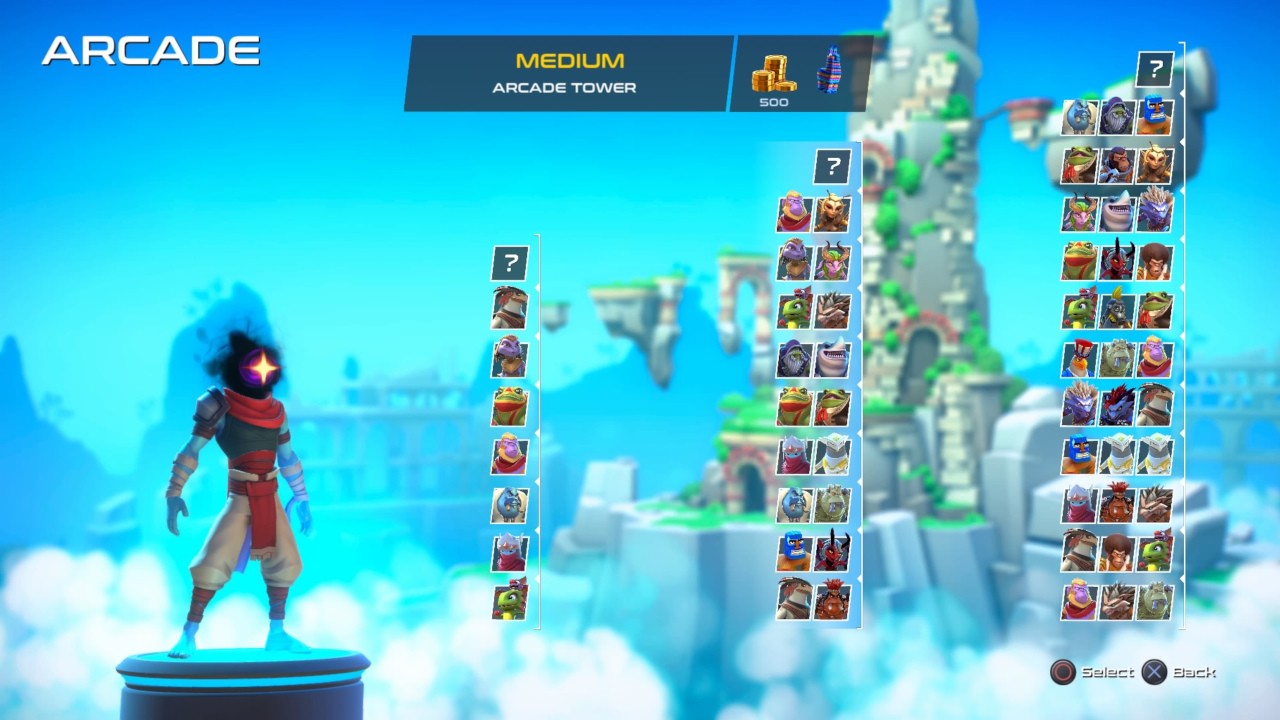 The game’s online multiplayer isn’t exactly the best, as it takes quite a while to find matches. The game’s single player modes are fine, if a bit standard; with Arcade mode featuring some fairly simplistic storylines akin to typical arcade modes found in other fighting games. Thankfully, Brawlout absolutely shines for offline co-op matches. 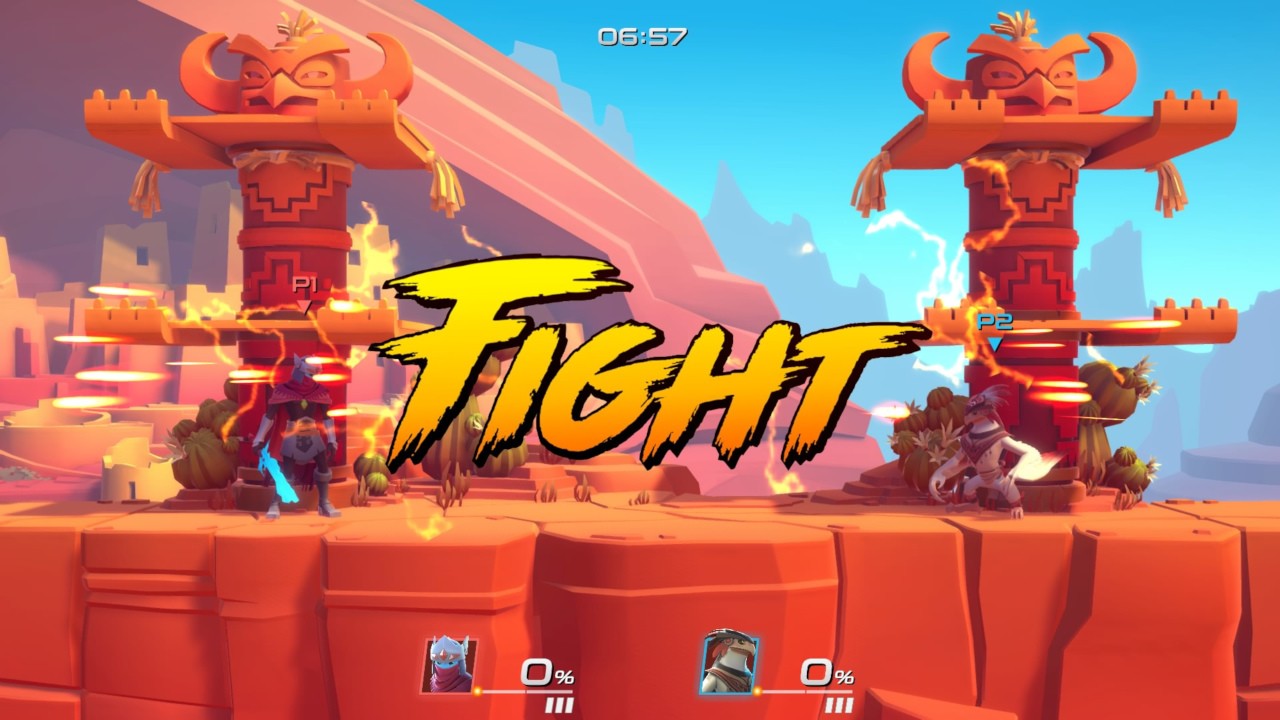 Thanks to the game’s responsive mechanics and unique features such as Rage Mode, there’s a ton of fun to be had in Brawlout when playing with friends. While standard 1v1 in couch co-op is fine and all, having four players duking it out is no doubt the best way to play Brawlout, especially when things get incredibly chaotic such as when multiple players enter Rage Mode. The only thing I would’ve wanted more from Brawlout is items, as items provide lots of fun for 4-player fights in games such as Smash. 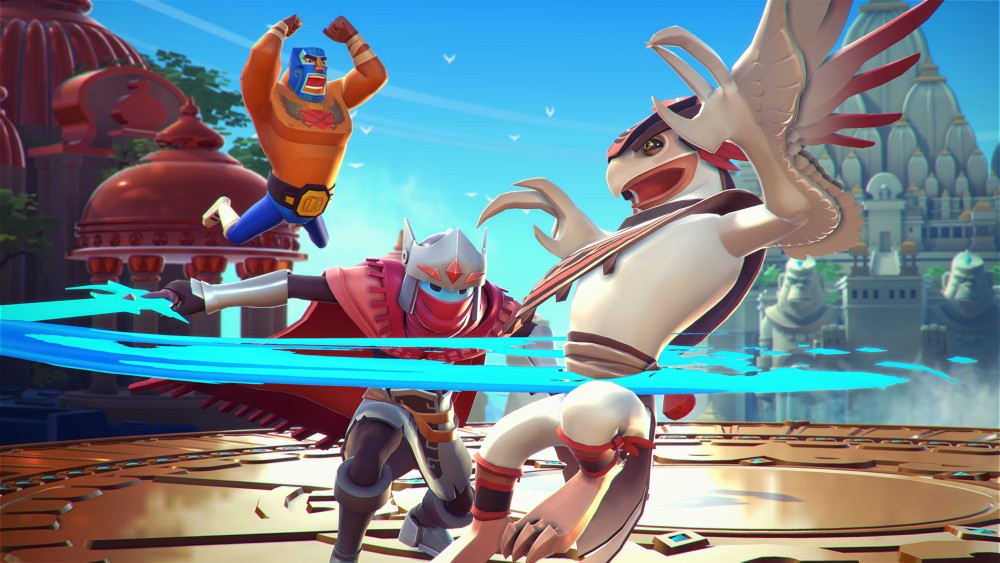 Overall, there’s a lot of fun to be had with Brawlout Deluxe Edition, though there are some shortcomings. The main gripe I have with Brawlout is the fairly uninspired looks and movesets of the game’s original brawlers. There’s also the fact that the game just doesn’t really stand out in the platform fighting game genre.

Still though, if you’re looking for a platform fighting game for the PS4 to play with friends in offline matches, Brawlout is a worthy buy. Plus, if you’re familiar with Brawlout’s four guest characters, the game is definitely worth checking out to see more of characters such as The Drifter or The Prisoner.