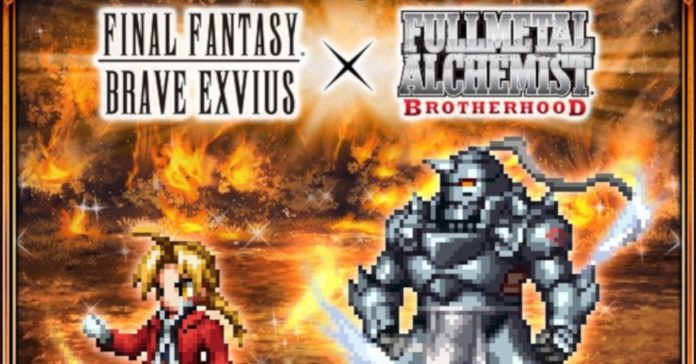 While the new mobile FF title War of the Visions has recently been released worldwide, this doesn’t mean that Square Enix has moved on from Final Fantasy Brave Exvius. In fact, Brave Exvius currently has an exciting collaboration with the incredibly popular anime series, Fullmetal Alchemist Brotherhood.

Two young brothers attempt to revive their mother through alchemy. However, the laws state that one can’t gain without…

The Fullmetal Alchemist Brotherhood collab event features limited-time banner units, bonuses, and many more. All the new content in-game include the following:

Final Fantasy Brave Exvius is out now on Android and iOS via Google Play and the App Store respectively. For more info on the collab event, check out the official FF Brave Exvius Facebook page.