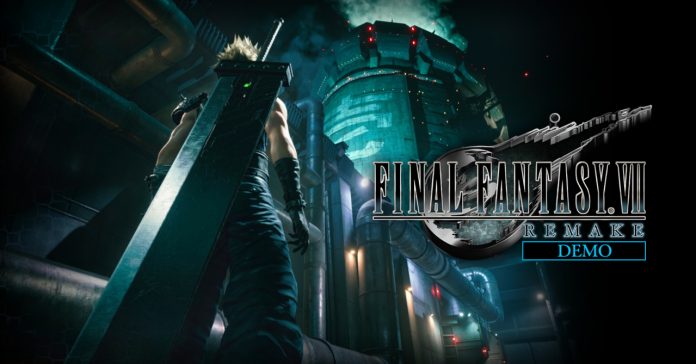 The demo for Final Fantasy VII remake just dropped in the PlayStation Store like an RKO outta nowhere and now fans all over the world are even more hyped because they are finally getting a piece of the action. I downloaded the 7.5GB beast and gave it a whirl… So far, I am liking what I’m seeing right now. 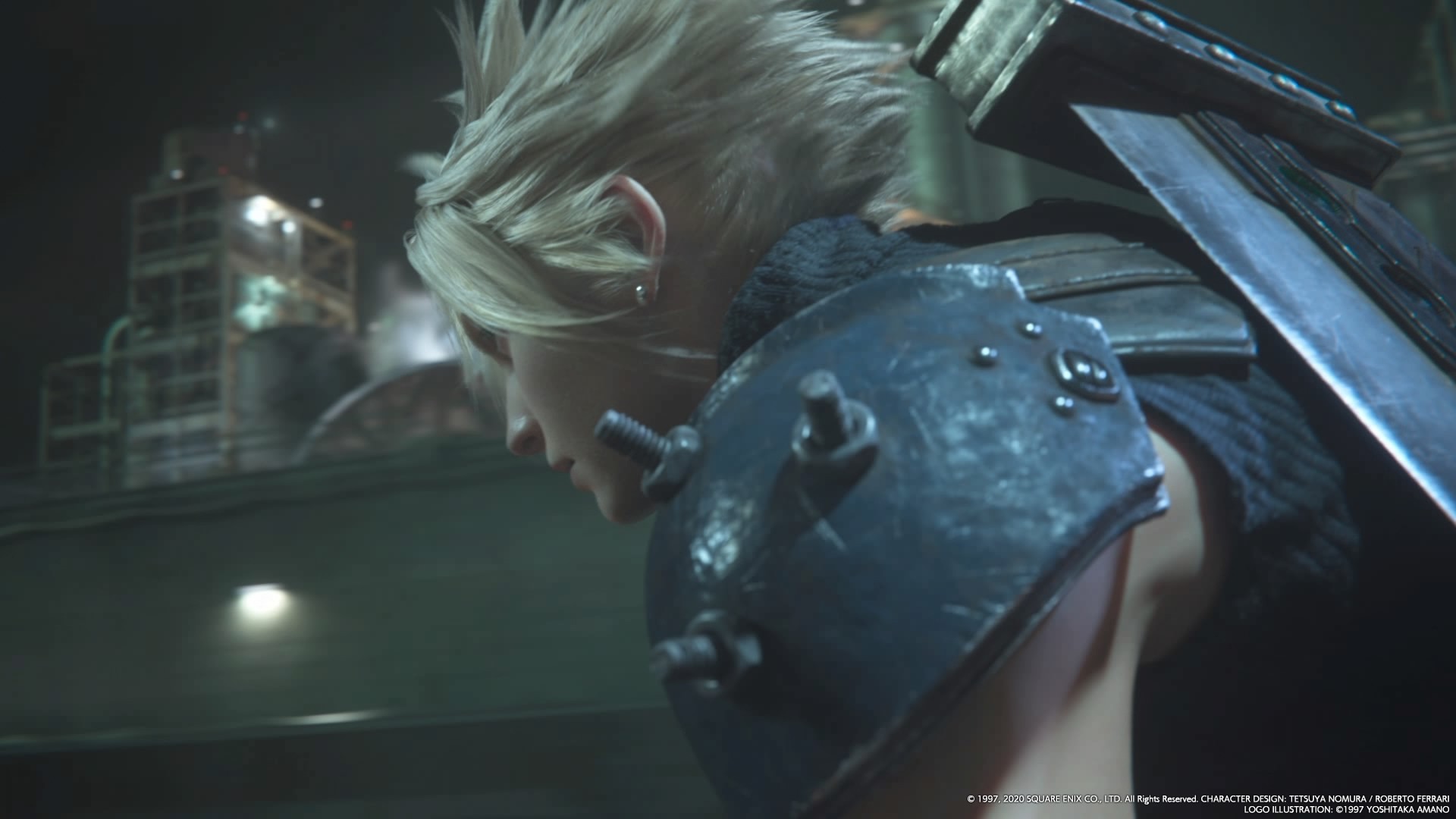 Now, we already had an early impressions article back when the boys at UnGeek tried it out last year during Tokyo Game Show (and in a similar event in SM North here in the Philippines), and with all my might I refused to spoil myself with all the awesomeness that they experienced. 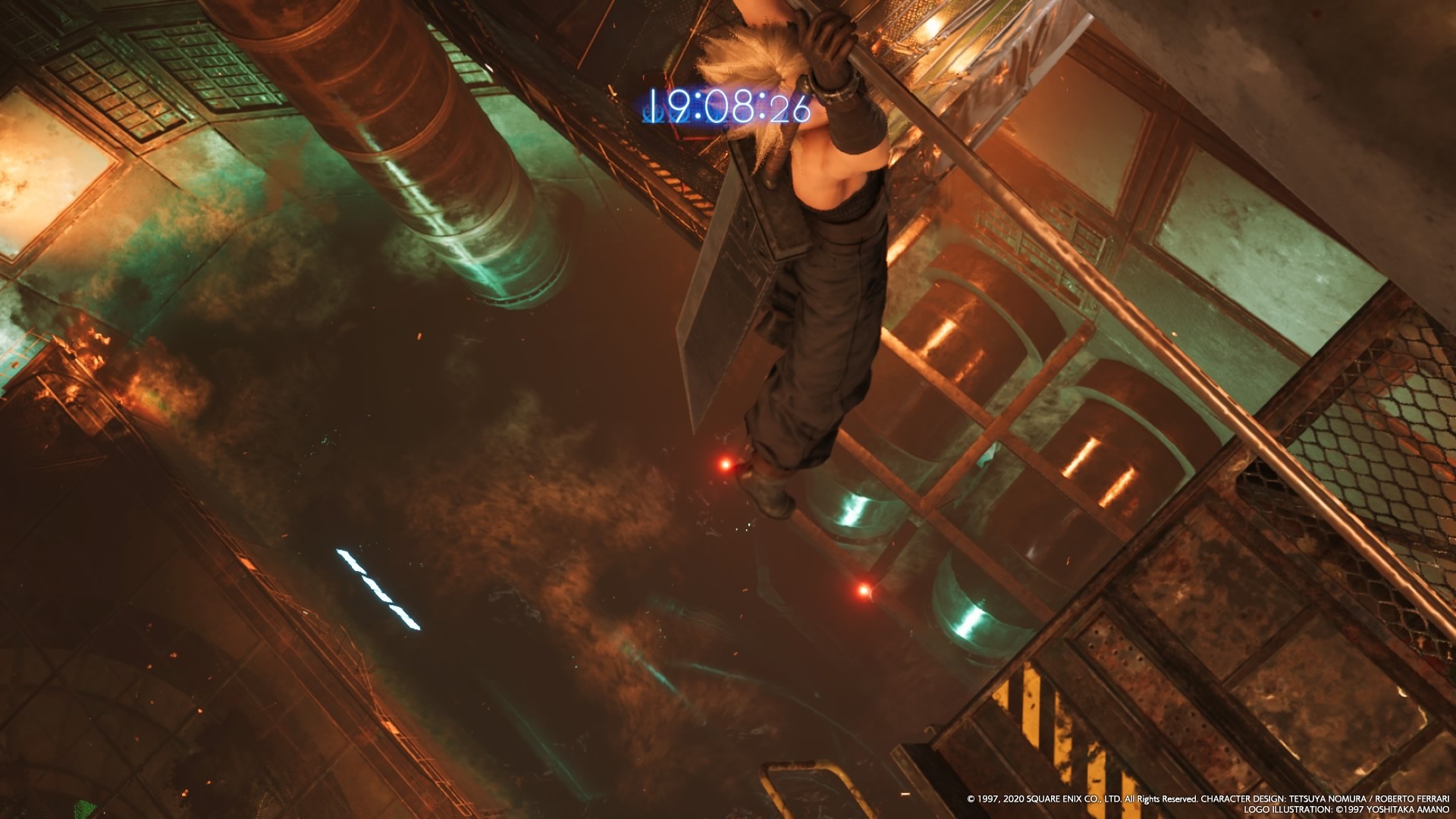 Call it envy, call it restraint but this time it is my turn to check it out. and this time without the pressure of waiting in line or someone breathing at my neck saying that my time playing the demo is done. Everyone now has a chance to drink in all the goodness in this demo without a hint of pressure.

After plowing through at least a couple of hours into the game, I can definitely say that the folks at Square are going a step in the right direction. Here’s a few of my takes:

Just as I remembered it 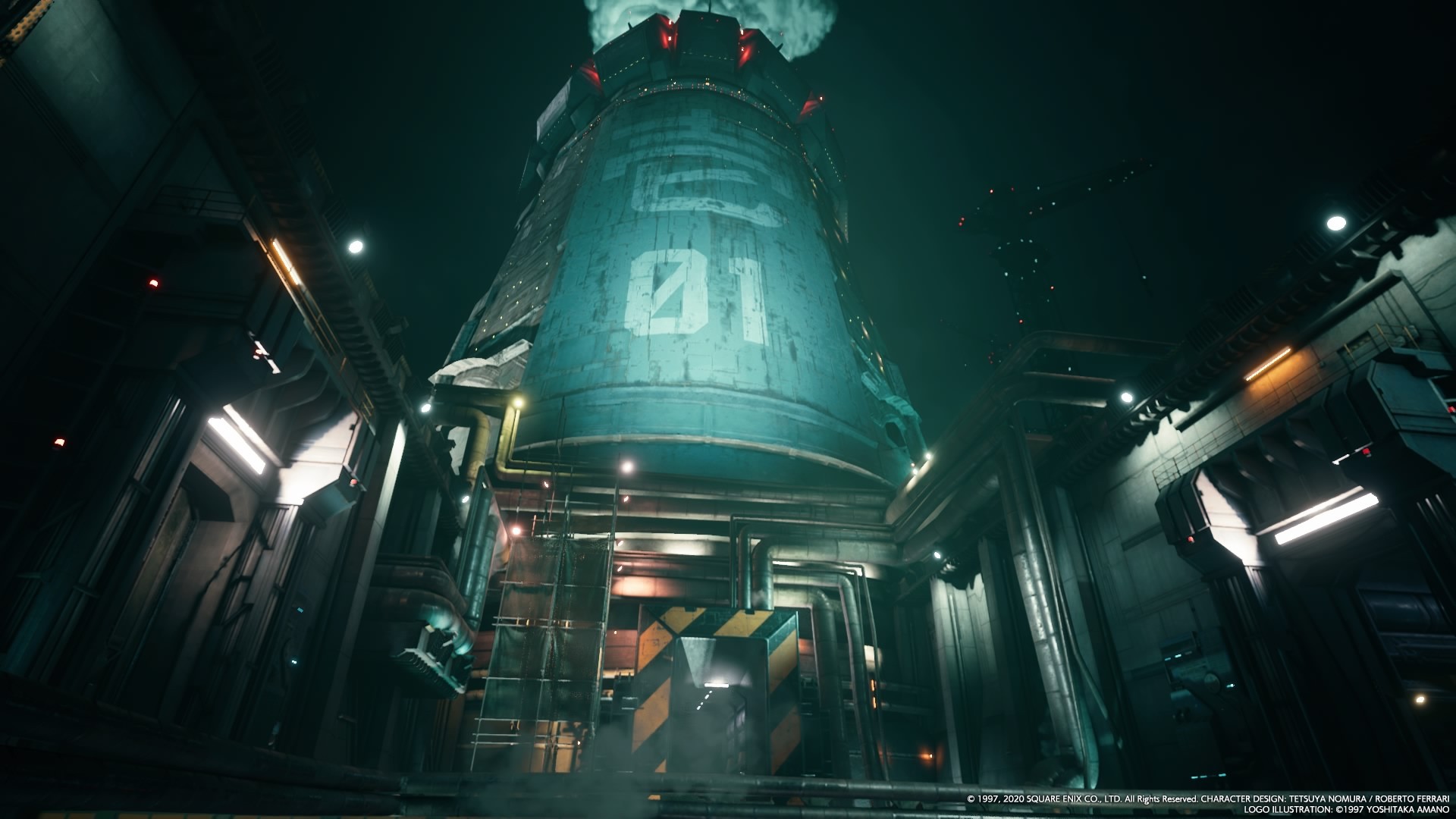 Midgar looks stunningly dark, metallic and gloomy as ever, just the way I remembered it back in 1997, like it or not we have to get used to seeing this place as the first part of this remake falls entirely on this area. 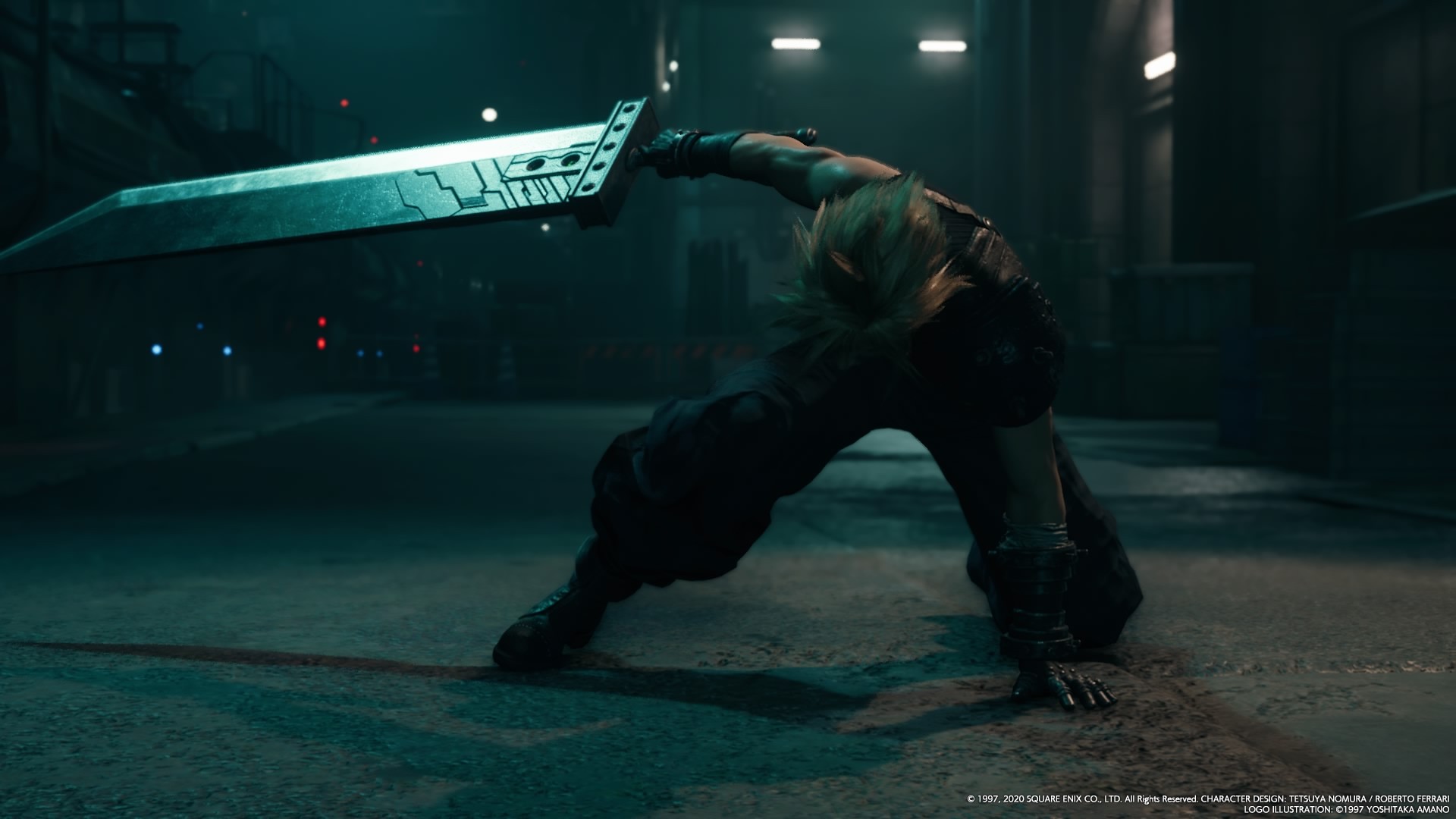 In the demo we take part in Cloud’s “bombing mission” as part of AVALANCHE, as Barret’s team storm their way into Shinra’s Mako Reactor and ultimately, face to face with the demo’s scorpion boss.

For those who finished the opening cinematic alone is worth the price of admission, I always get goosebumps seeing this! 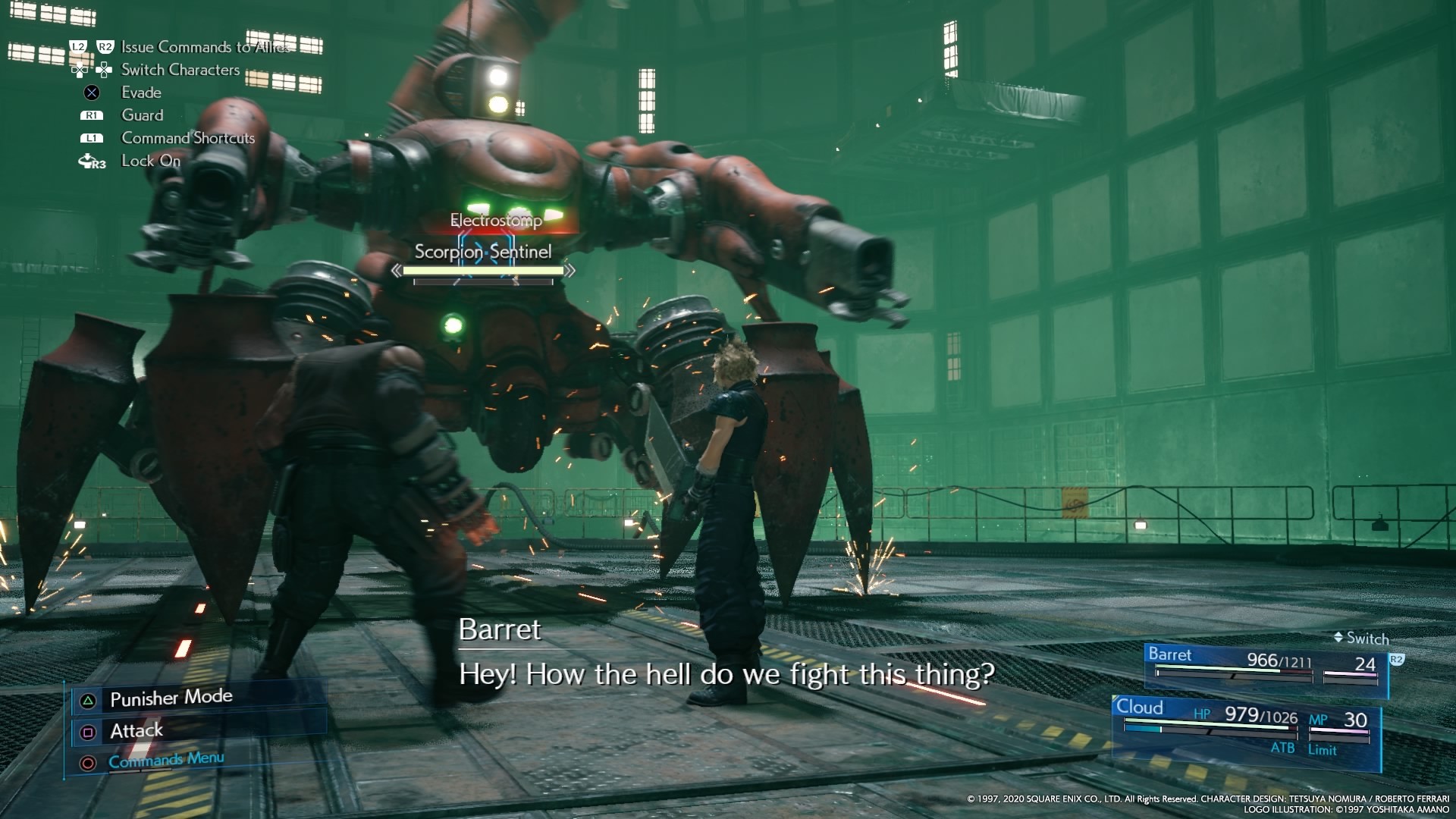 Gone are the random encounters and the iconic Active Time Battle System (ATB) got a significant update from its old-school brother. Back is the hybrid real time combat that can be compared to previous Square Enix outings like Kingdom Hearts and Final Fantasy XV. But the similarities stop there, the combat system here is definitely a beast on its own! Looks like the developers (who I believe have new members on the team) did their homework and took the best parts out of the previous games and made it uniquely their own for this remake. 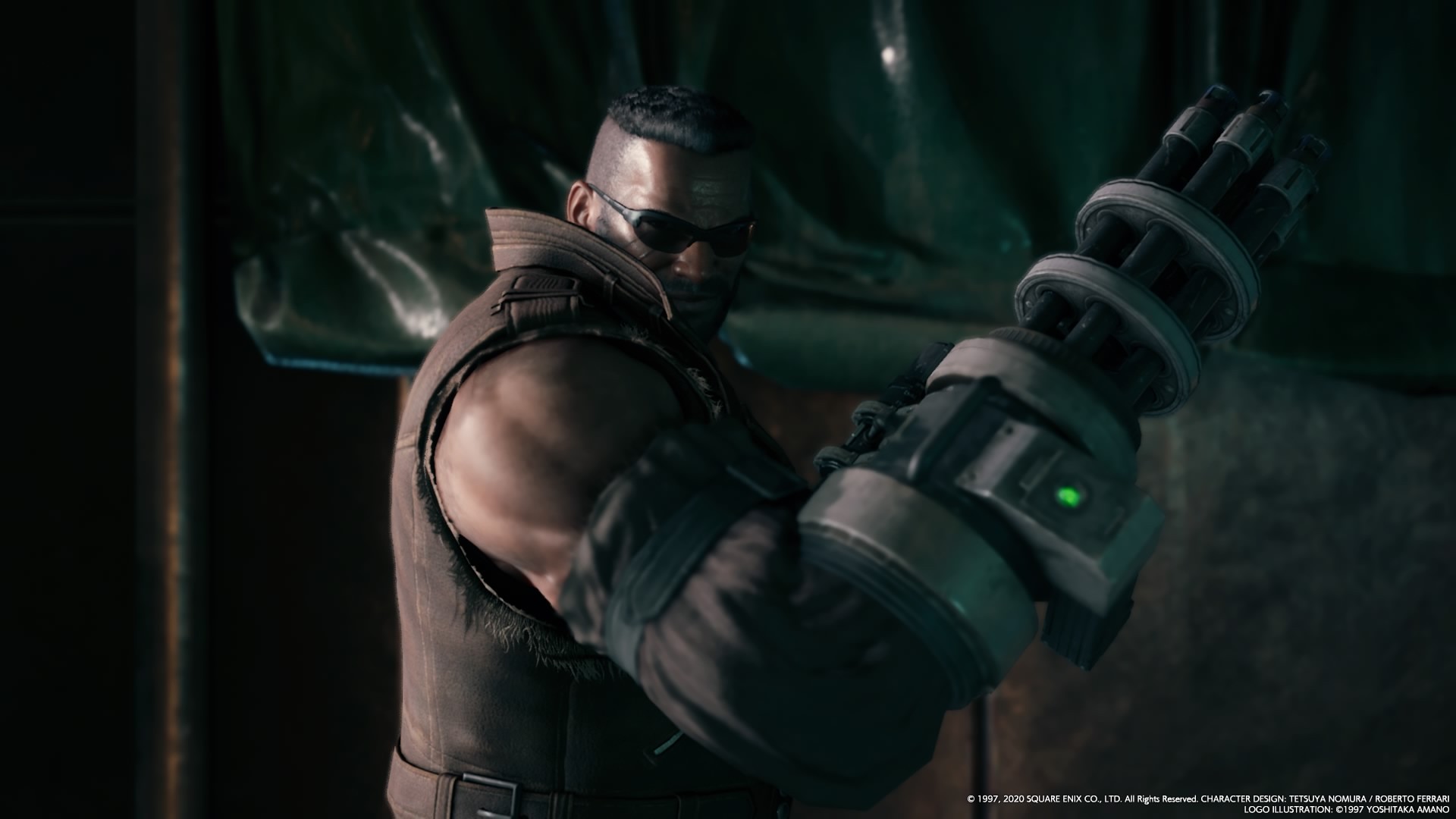 For a RPG that has a composition of varied characters, while playing the demo I really felt that I am utilizing the duo of Barret and Cloud to its potential, both in function and in “show-off” flare. After getting used to the interface, it felt like a breeze and a dance going through combat, which is also a pleasure to watch especially when you dish out all the iconic moves you know and love. As much as I wanted to use the main protagonist all the time, I would advise to those trying out the game not to spam on one character only, part of the combat’s kick is switching to the other characters and using their advantages. In the demo, there were enemies that were impossible to reach using Cloud’s Buster Sword, so you would intuitively switch to Barret to pick-off some pesky fliers.

A fresh take on a old system 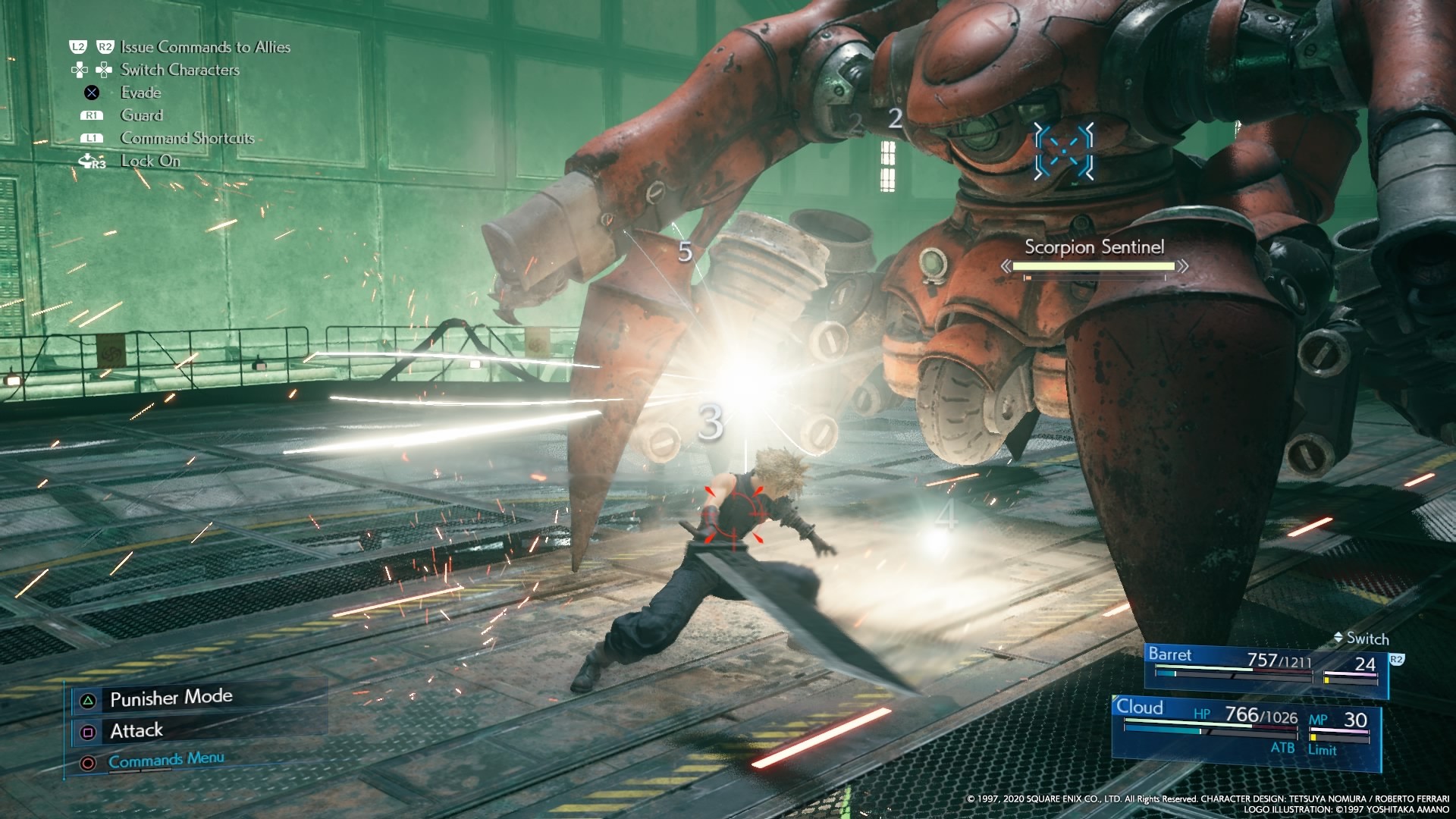 One neat function in the game is that you can slow the pace of combat while in “Tactical Mode” which is effectively refined the ATB system. It lets you tinker the combat menu where you can do a variety of actions like using curatives and casting magic. Now to use these ATB actions you need to work for it a bit because to charge the bar (it was limited to 2 stocks in the demo), you need to perform normal attacks to the enemy, seems like a fair trade, right? At least it beats waiting around for your turn.

Dishing out special attacks take a chunk of the bar to execute, some even take a bit more like the devastating summons which I haven’t encountered yet in the demo, hoping that I did not miss it. Alternatively, “Limit Breaks” which is a different attack apart from the normal and ATB attacks, are also back and more eye-candy than ever!

For those who don’t like the new system or for the die-hard purists out there, an option to go into “Classic Mode” is there but after playing the what the remake’s combat has in store, I think I don’t want to go back to the old style anymore.

The demo provided an “on-rails” experience so do not expect weapon and materia customizations, but I really do hope that they go deeper with this system just to give the already impressive combat something worth tinkering on.* 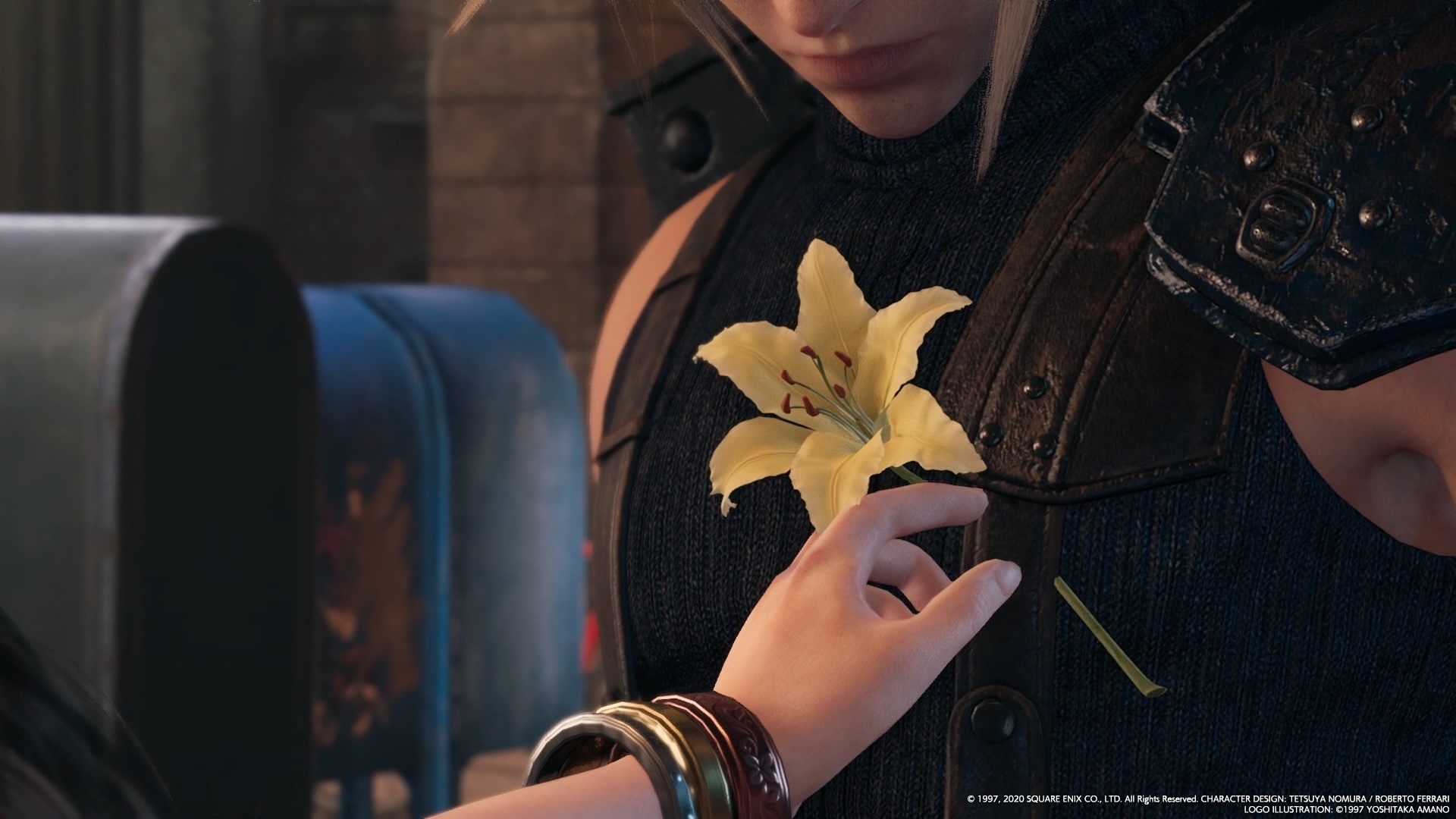 Overall, the demo does exactly what it wanted to do – give us a taste of greatness to come! I really do hope that Square Enix makes this a game for gamers both old and new to remember, just like the original did 23 years ago. See you at Midgar April 10!** 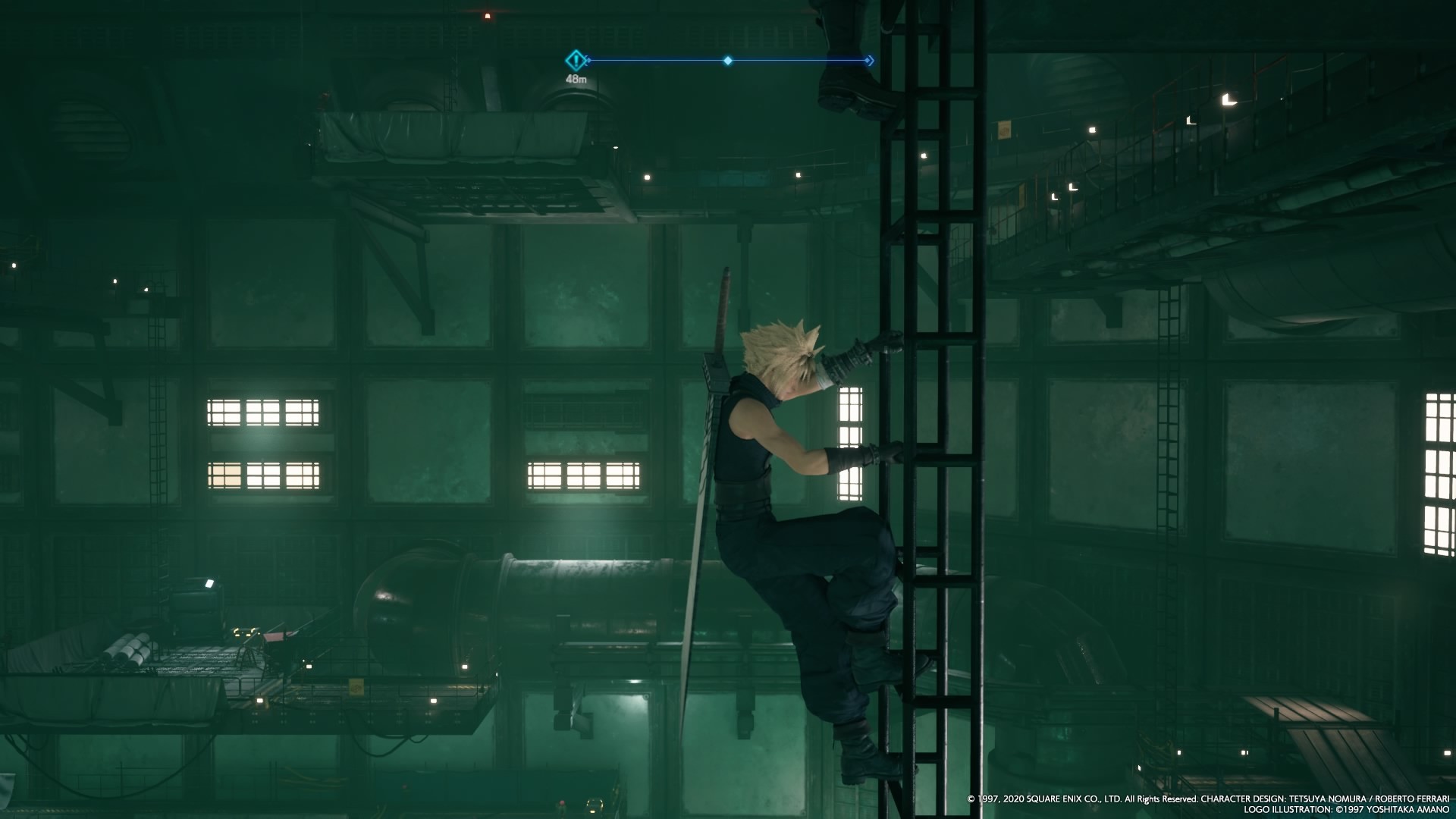 *A side note – I am genuinely exited and exhilarated at the new combat system but for some reason I’m fearing that it might get a bit stale just like what happened in Final Fantasy XV. Still, because this is just me coming from the demo, I hope that I’m very wrong on this. Nostalgia saves the day I guess.

**A final side note, even though this is still Final Fantasy VII and we are expecting a certain someone to meet his ultimate demise once again (but now in HD!), I really do hope they put a twist on it that, hopefully, can still surprise players one more time! Here’s to hoping!**