A pretty and powerful mid-range smartphone! 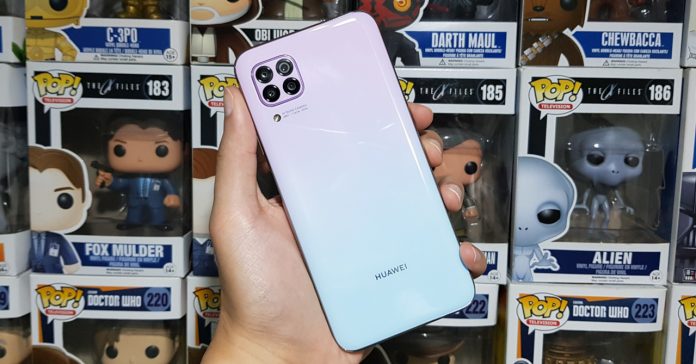 Last week, Huawei announced that it is releasing the Nova 7i in the Philippines, the brand’s latest Nova smartphone that packs a powerful new processor as well as a quad camera setup. In my initial impressions of the phone, I found the Nova 7i to be quite a promising mid-ranger thanks to its combination of specs and design at a fairly affordable price point. 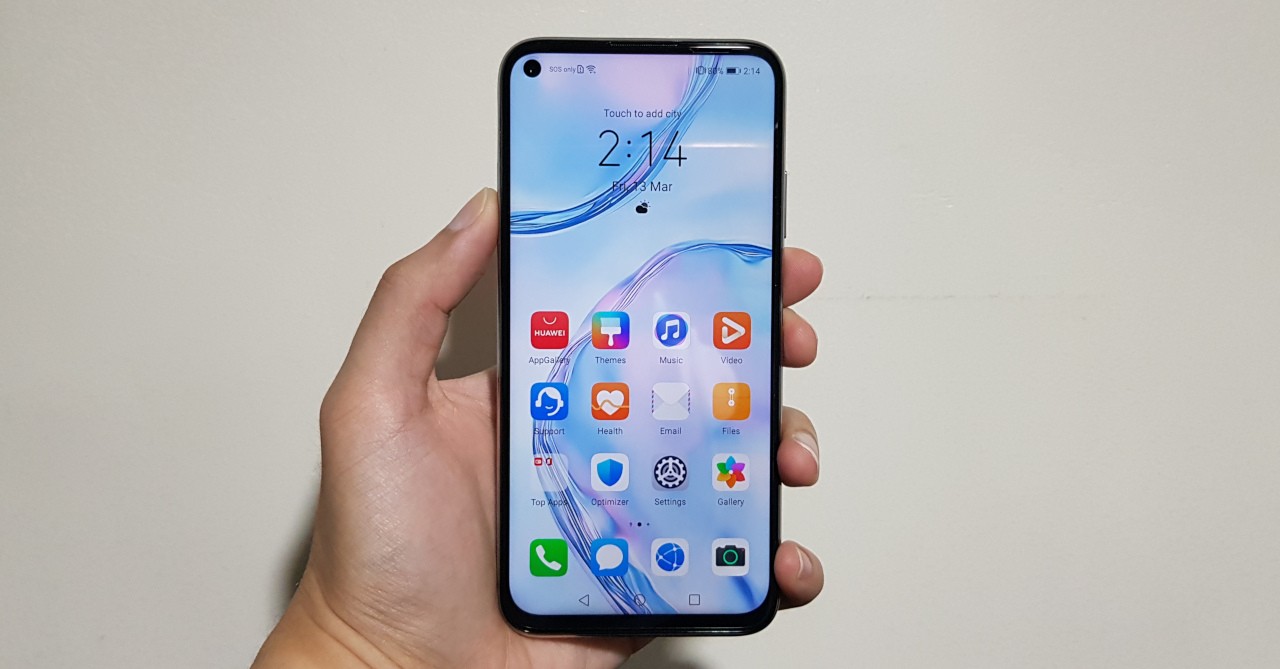 After more time with the phone though, does it still impress? Find out here in our full review of the Huawei Nova 7i! 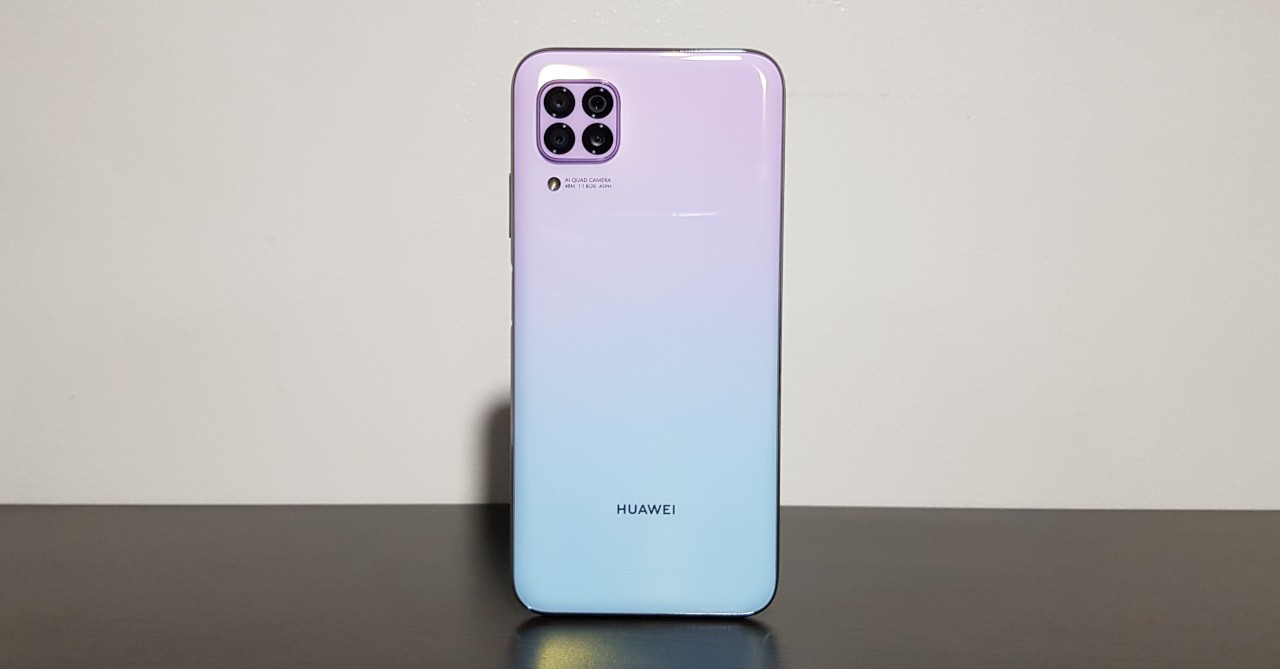 As I mentioned in my initial impressions, the Huawei Nova 7i is a stunning device, especially in the Sakura Pink colorway. The phone’s color isn’t the only thing pretty about this phone though, the square quad camera module is a stand-out; and it’s a better looking camera setup compared to the similarly-designed iPhone 11 Pro in my opinion.

What puts the Nova 7i near the top of the mid-range segment design-wise though is its finish. While it sports a glossy back similar to most mid-rangers, the Nova 7i is not a fingerprint magnet. Even if you don’t use a case, the Nova 7i’s back won’t look like a smudgy mess. 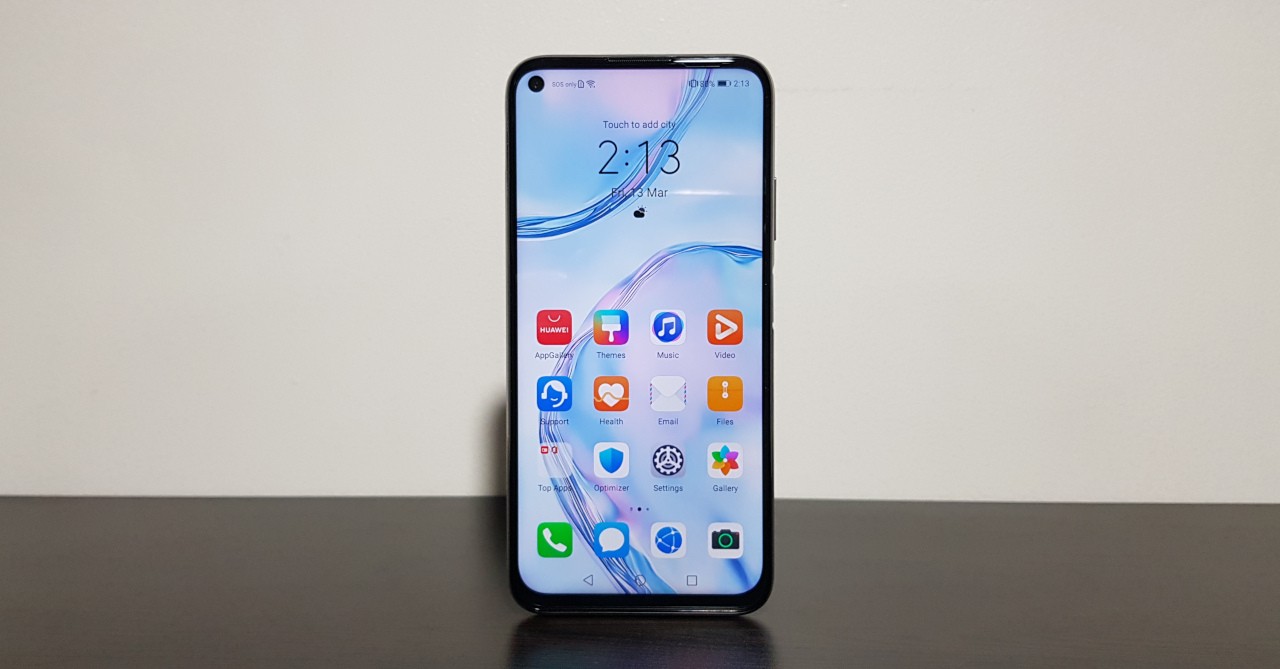 From the front, the Nova 7i is also a looker thanks to the slim side bezels. The front of the phone also has a tiny holepunch notch for the front camera, which is my preferred style of notch (especially when compared to big iPhone-style nothces). While it may look similar to the budget Y7p from the front, the Nova 7i is no doubt the better-looking phone as it has a much sharper display. 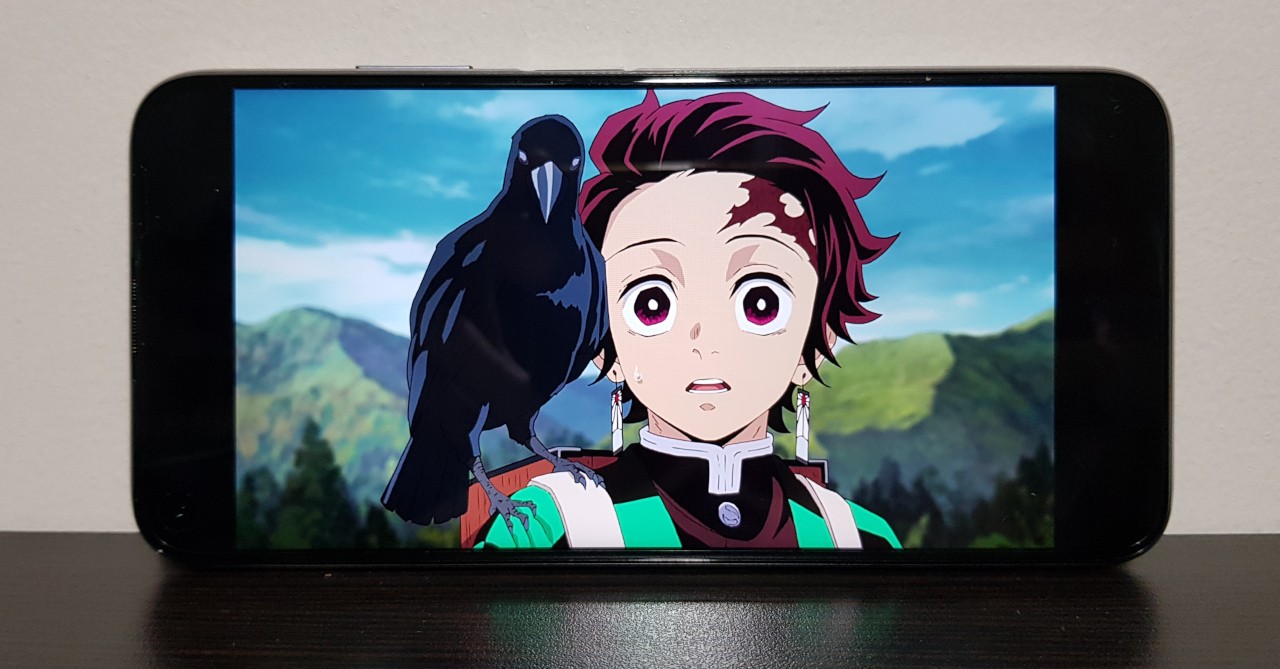 The Nova 7i is packed with a 6.4-inch FHD+ display that makes it an excellent partner for binge-watching. Whether you love watching movies, TV shows, or anime on your phone, the Nova 7i will provide a great viewing experience as it produces a sharp video output with good colors (for an LCD screen).

As for sound quality, the 7i’s single bottom-firing speaker can get decently loud, good enough for watching some short YouTube videos. For actual binge-watching purposes though, a pair of headphones or speakers are recommended; good thing this phone still has a 3.5mm headphone jack.

Starting from the Nova 3i (which was released back in 2018), most Huawei mid-rangers feature a Kirin 710 processor; finally, Huawei is upgrading to a new mid-range chipset! Powering the Nova 7i is Huawei’s new Kirin 810 processor, and it offers a big boost in performance over its predecessor. 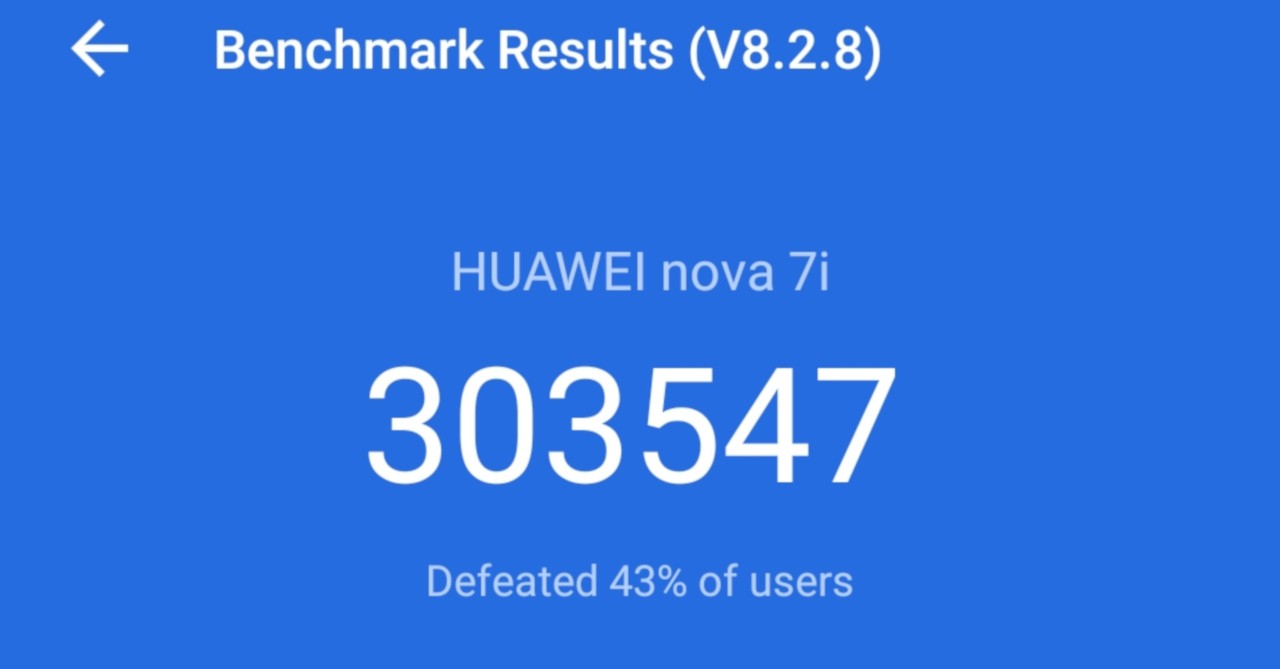 In the AnTuTu benchmark v8.2.8, the Nova 7i scored 303,547. For comparison, the 710F-powered Huawei Y9s had a score of around 180,000 on the same benchmark. This means that the Nova 7i brings an impressive leap in performance over previous Huawei mid-rangers. 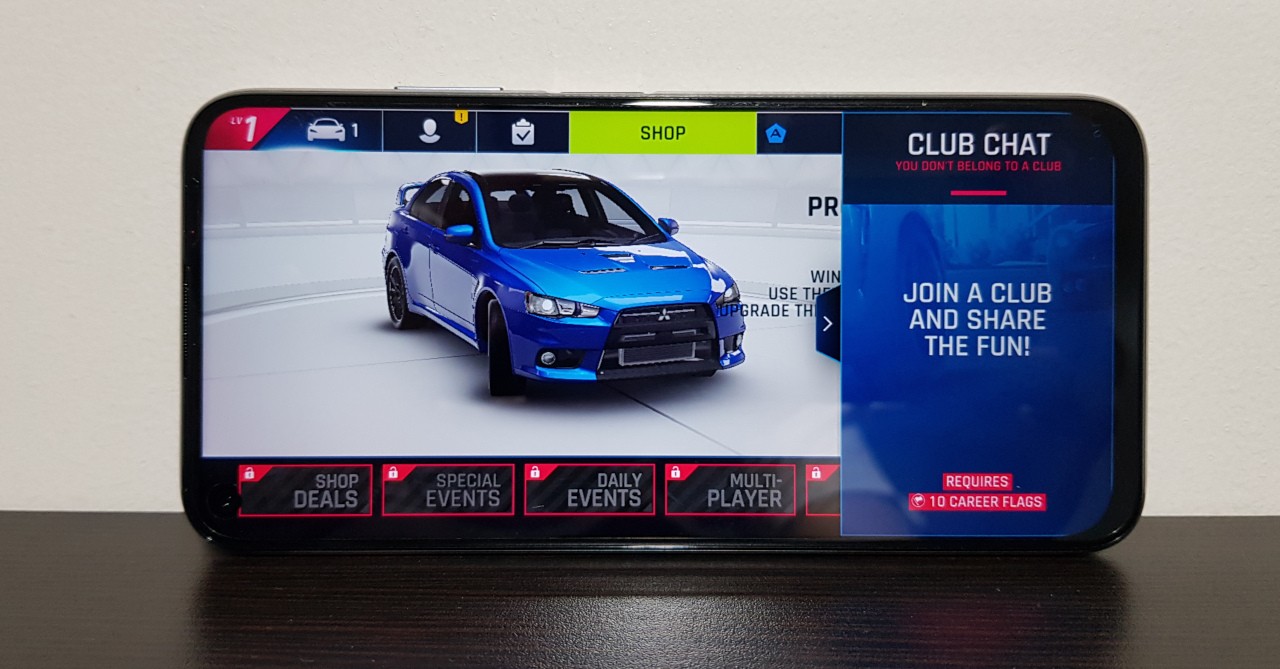 For actual gaming, the Nova 7i delivered. Hardware-intensive games such as Asphalt 9 ran well in the Nova 7i, with no noticeable drop in frames during my test run. Other popular titles like Mobile Legends: Bang Bang also ran well, even at max graphics settings. While it won’t max out the graphics of every mobile game out there, the Nova 7i is powerful enough for most mobile gamers.

The Nova 7i’s quad camera setup includes a 48MP main camera, an 8MP ultra-wide, a 2MP macro, and a 2MP depth sensor. As for the selfie camera, the Nova 7i features a 16MP front shooter. For the most part, the 7i’s cameras deliver great photos.

In daytime shots, the Nova 7i takes good quality photos, with images having lots of detail and great colors. Indoor shots are also rather good as well, with indoor photos still being detailed (compared to some mid-rangers which take slightly blurry indoor shots). In these conditions, the Nova 7i’s photos can rival that of the Nova 5T (given that both have a 48MP main camera).

At night, the 48MP main camera can take decent photos; but with Night Mode, low-light shots are of much higher quality. Compared to previous Huawei phones such as the Y9s, the Nova 7i’s has a clear advantage for low-light photography.

The 7i’s 8MP ultra-wide camera takes pretty decent photos as well, except at night as it struggles a bit. Right now, the ultra-wide shooter is not supported in the 7i’s Nigth Mode; here’s hoping this gets rectified in a future update.

As for the rest of the cameras, the 7i’s macro camera performs as you would expect, taking good macro shots in great light (and not much else). The portrait camera provides a decent bokeh effect, and selfies are of high quality — good enough for social media sharing.

Complementing the powerful performance is the long battery life. Thanks to the 4200mAh battery, the Nova 7i will usually last for over a day with a single charge. If you do need to charge, the 7i has a 40w SuperCharge charger in the box, meaning you can get to 100% from zero in just a bit over an hour.

Another noteworthy thing about the Nova 7i is that it does not come with Google Services, including the Play Store. Instead, the 7i has the AppGallery, Huawei’s own app store. While the Play Store is the default app for most Android users, the AppGallery is a compelling alternative.

While there are already lots of apps already available on the AppGallery, there are still apps that aren’t on the store as of the moment. For those apps, you can instead download them through various third-party APK stores.

If you can’t live without Google just yet, there are ways to install Google apps and services on your Huawei device. Check out this quick guide on how to do so. 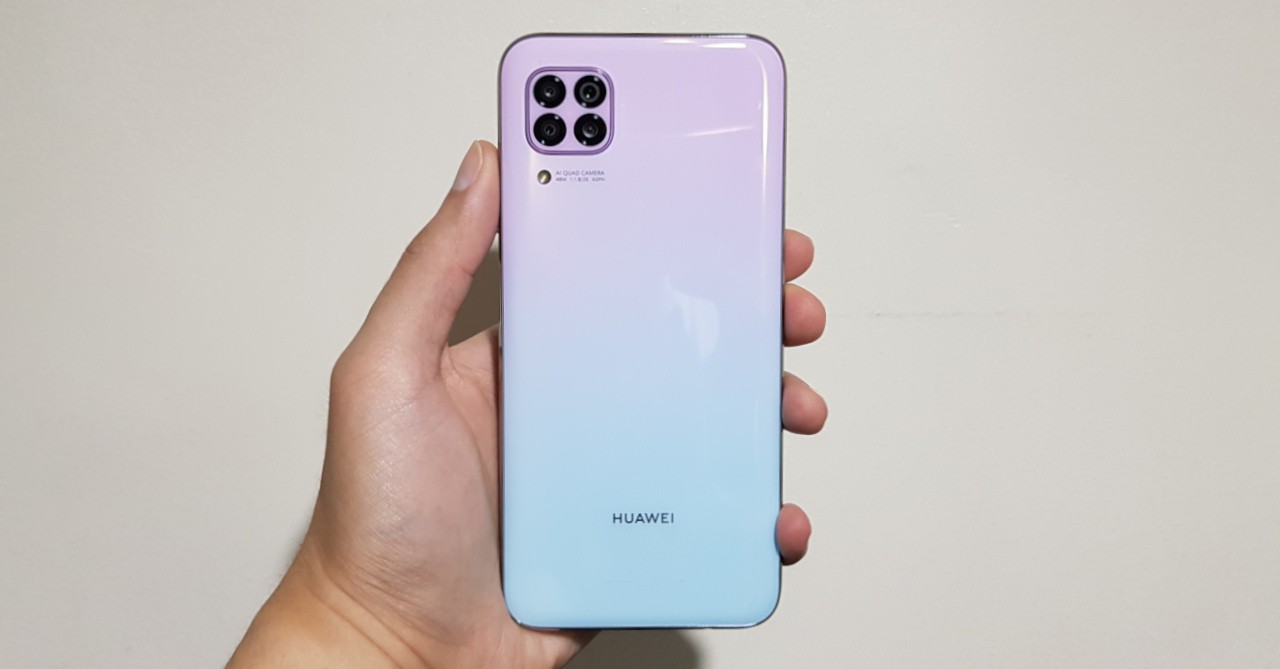 Overall, the Huawei Nova 7i is another mid-range winner from Huawei, especially at its PHP 13,990 price point. With its great gaming/day-to-day performance, impressive camera setup, and long battery life, it’s hard to go wrong with the Nova 7i.

The only thing to consider with this phone it is the lack of the Google Play Store; thankfully, the AppGallery already has lots of top apps available, plus there’s always third-party APK stores and workarounds to get Google services on the 7i. Though if more and more apps are made available on the AppGallery, the Nova 7i will be one of the mid-range phones to beat.

Previous articleBorderlands 3 is out now on Steam at a special launch price until March 20
Next articleThe entire ‘Witcher Goodies Collection’ is now available for free in GOG.com

Geek Lifestyle Review: Huawei Nova 7iWith a powerful new processor, capable camera setup, and stunning good looks, the Huawei Nova 7i is a mid-range smartphone that's well worth considering. Though if more apps make their way into the AppGallery soon, the Nova 7i will definitely be one of the top mid-range devices to beat.