One Punch Man: A Hero Nobody Knows Review | Can’t even be considered a proper fight

That one game no one should ever know 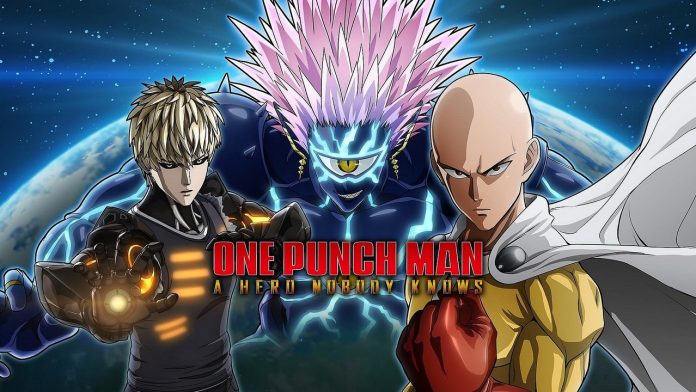 There have been many attempts to make games based on successful shows, and many of them have failed as they did not deliver the same spark of the original. But of-course, this has never stopped game developers from making kind of games; and now another popular series is getting the video game treatment, this time it’s One Punch Man.

If you’re familiar with the series, you’ll most likely be scratching your head and asking “How will they make a game where a character kills everyone with one punch?”. More importantly for me though, is it even going to be a decent game? 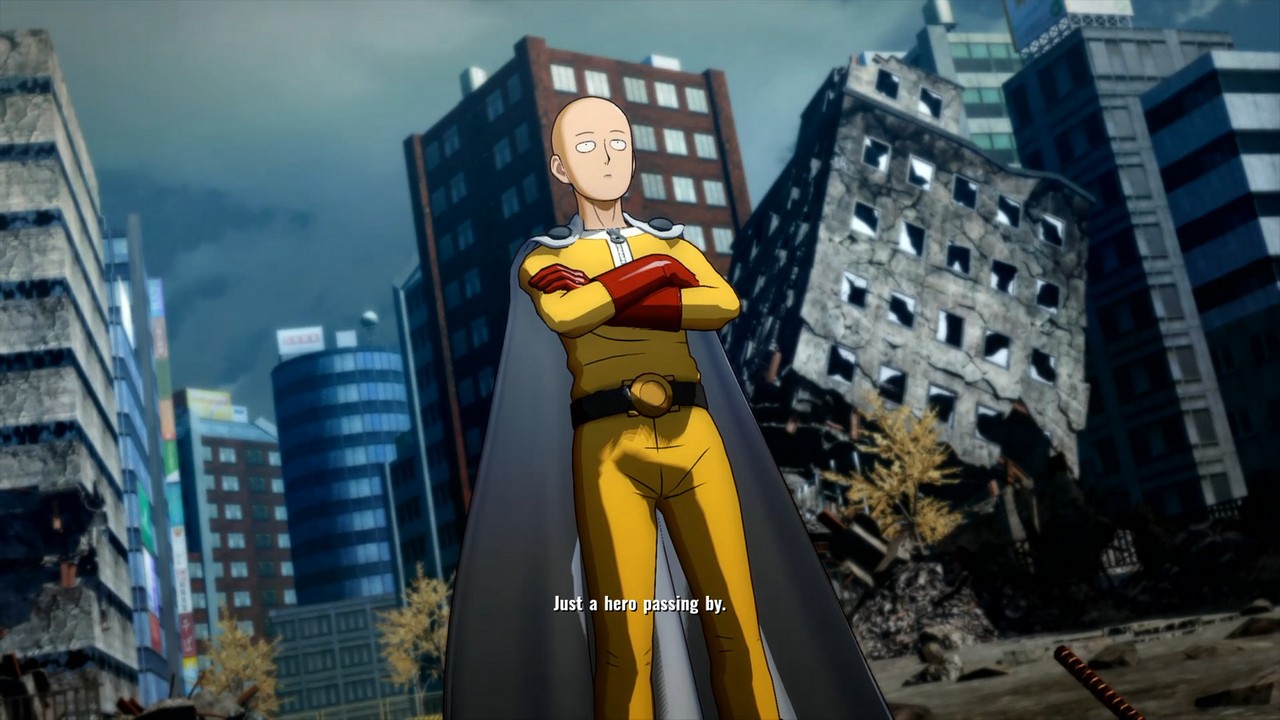 At first glance, the graphics of OPM: A Hero Nobody Knows looks good enough. The game tries to emulate the presentation of the show which works well in fight sequences, but the quality goes down on a few cut-scenes, especially those involving your character and the original characters from the game as they’re just stuck in a static position waving their hands or nodding. This can look unsettling, or maybe just boring the more time you play. 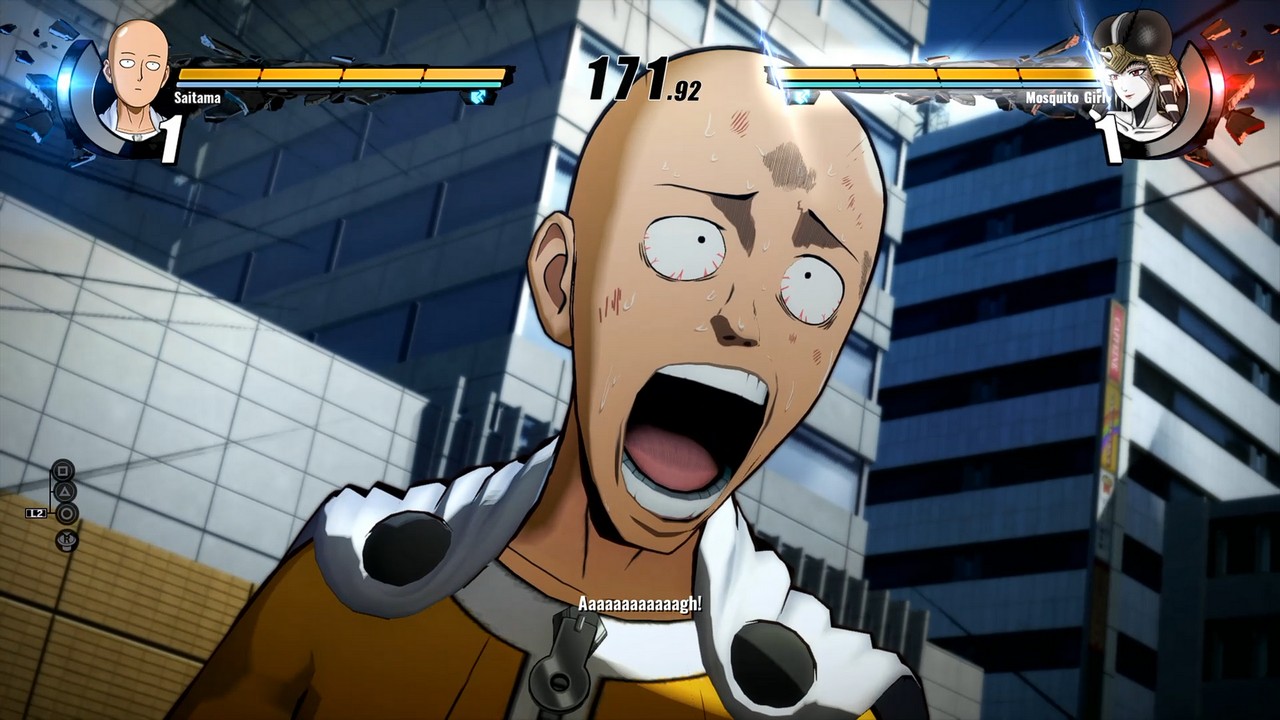 The game’s story mode follows your self-insert character that aspires to be a professional hero after being saved by no other than Saitama. The game takes place during the first season of the anime, with your character getting in the middle of it all, which kinda feels odd to see if you’ve seen the anime. So there is really nothing noteworthy to say about the story, especially if you already watched the anime. This is despite the addition of tons of side missions, most of which are same-y and don’t really introduce anything new to the story.

The Duty of a Hero 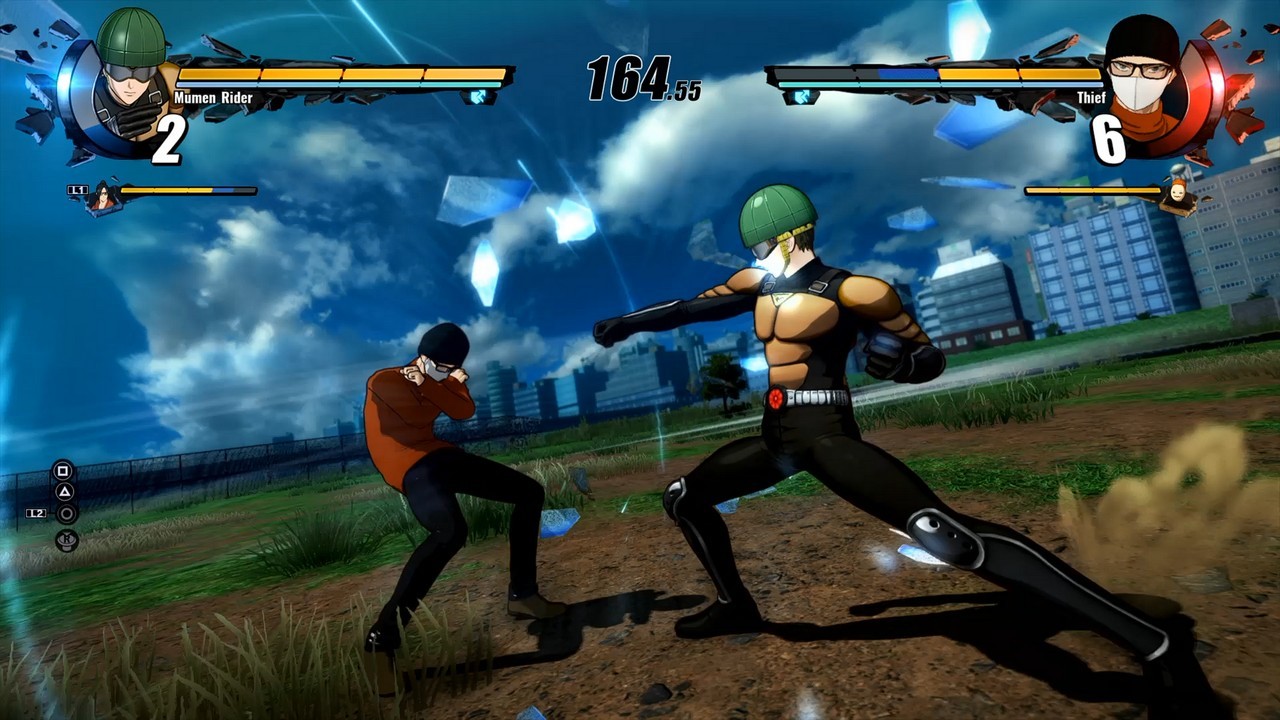 Like I mentioned above, you the player is a new Hero Association recruit, and the game follows your own journey going above the ranking ladder. Unfortunately, customization options are quite limited at the beginning, so you won’t be “you” for a quite a long run, especially if your desired piece is still locked. Much to my chagrin, I unknowingly made my character looked like a NPC because of the initial lack of customization. Thankfully, doing missions can actually unlock more options later on, a lot of which are hilarious such as a horse head, clown make up, and other random stuff the developers decided to put in. 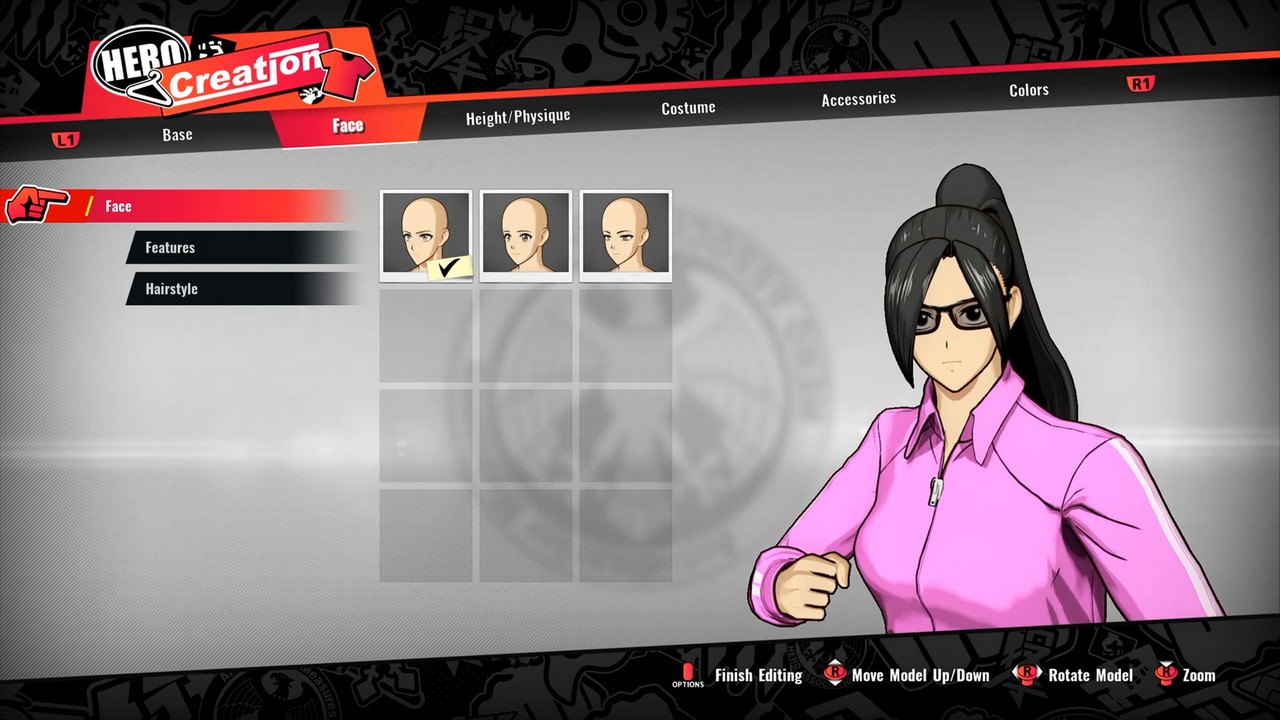 The gameplay has two aspects — exploration and combat with an RPG element on it. In exploration mode, you run around the big city, doing errands one after the other; and as you progress through the story, areas are unlocked which open more shops and unlock more quests. But navigating around the huge city can feel like a dragg as there are no means of sprinting faster. It also doesn’t help that the city feel empty — it’s as if people had already run away from constant monster attacks. 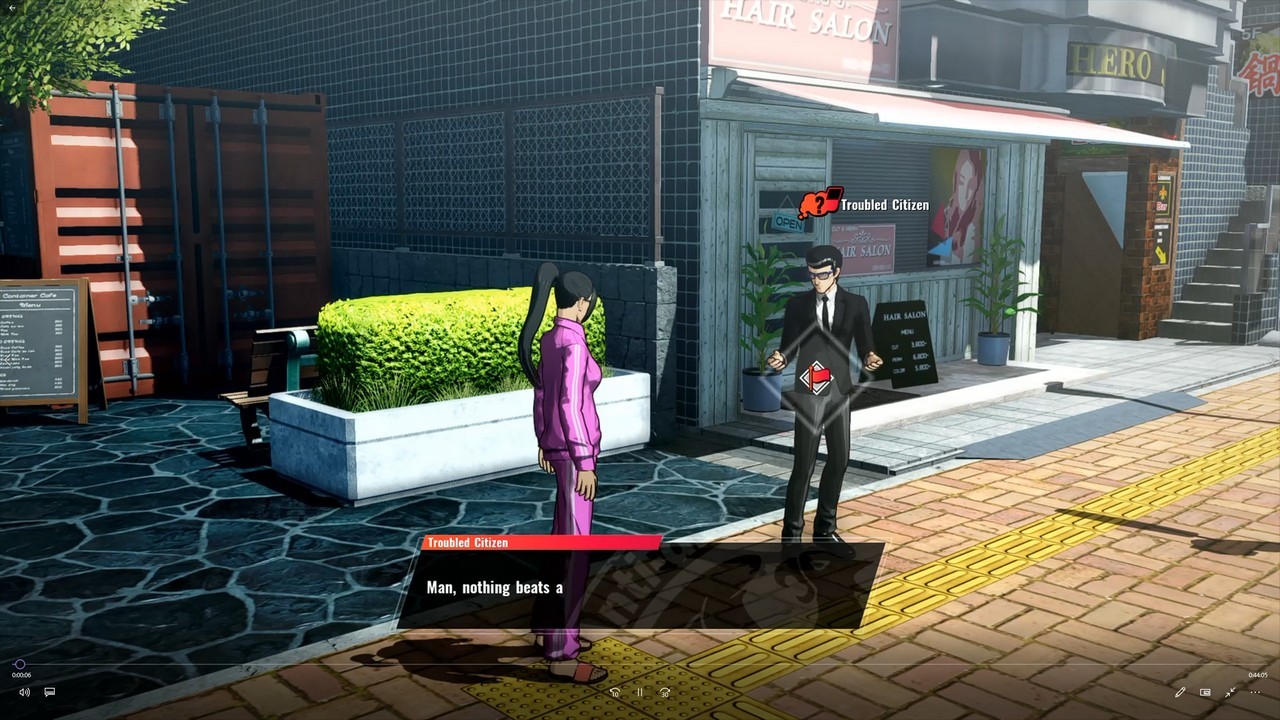 Progression through the game mostly involves taking missions from the Hero Association, as it is the only thing that you’ll ever do most of the time. There are also side quests, but these are often just basic fetch quests. 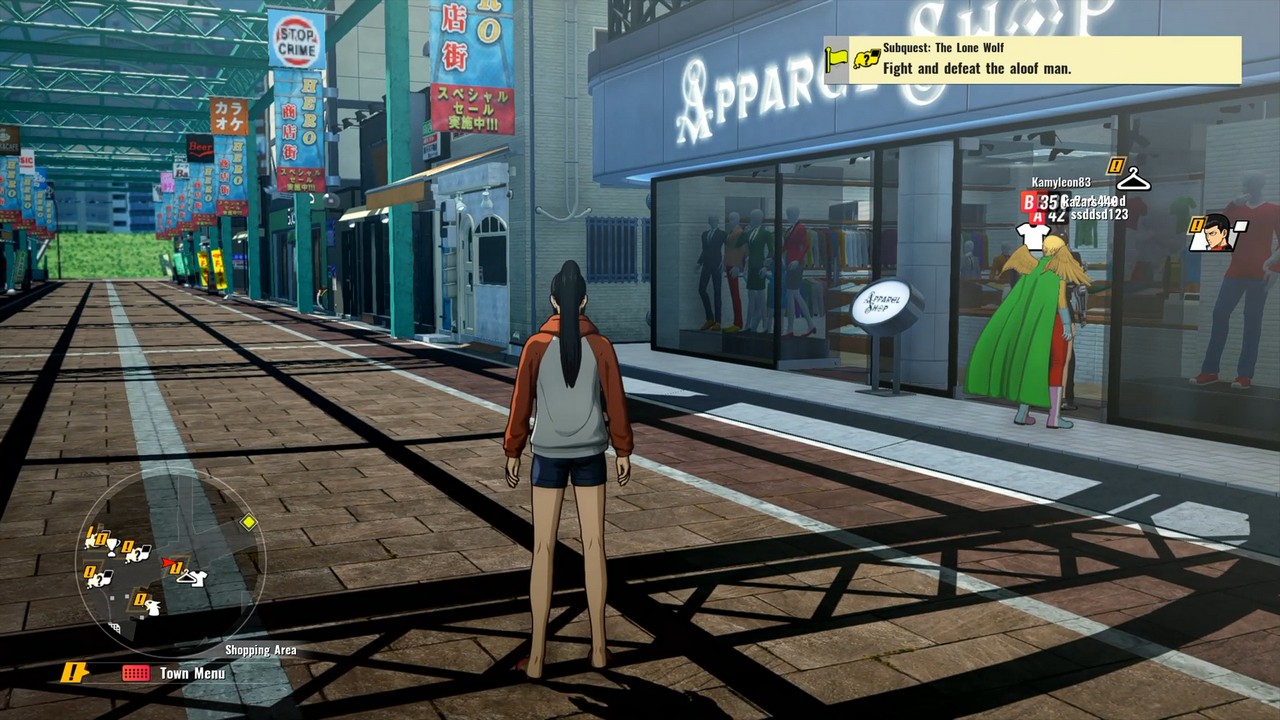 As you progress through the story, you’ll meet various heroes, unlocking them for custom matches in the process. This is a good incentive to play through the story even if gameplay consists mostly of repetitive battles versus villains. It also gets frustrating when story missions become unavailable for some time, with the game forces you to take on smaller missions before proceeding. 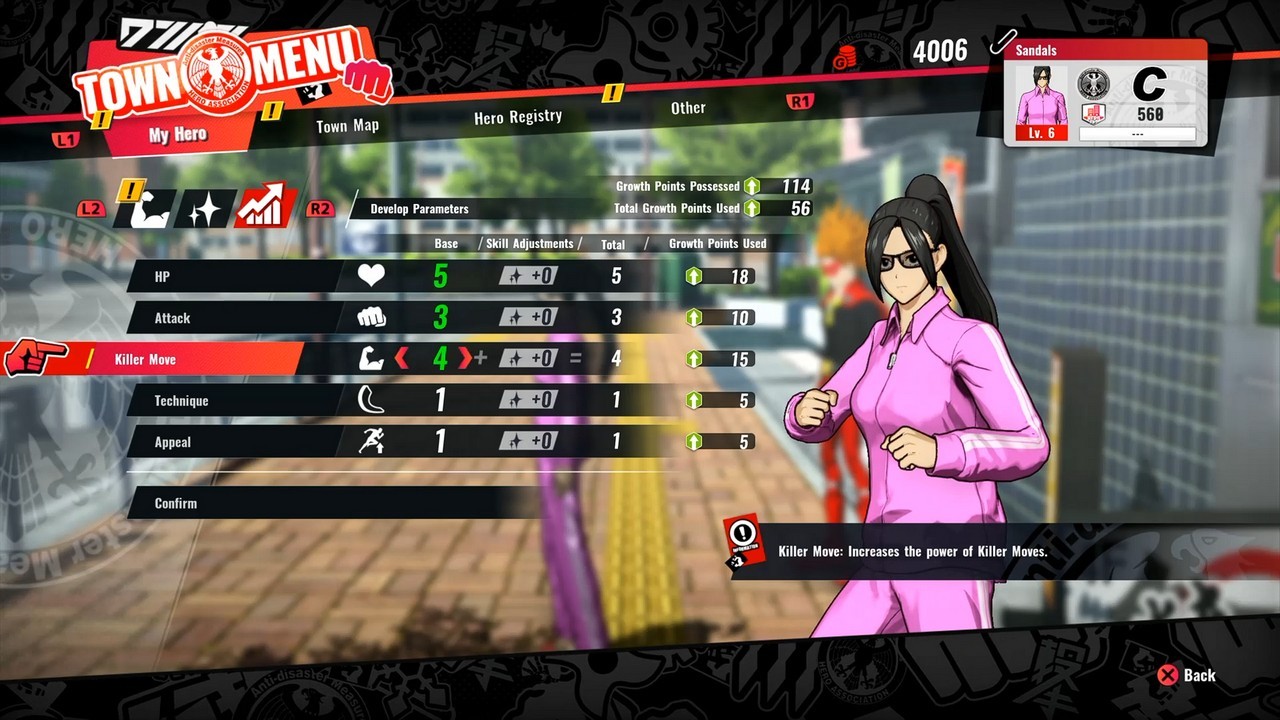 While character customization leaves a lot to be desired looks-wise (at least at first), you are at least given the luxury to customize the stats and fighting style of your unique character. Your chosen fighting style determines which moves and special moves a character can equip. While the stats customization involves tweaking with your stats, you have to think carefully as putting points on a certain aspect is permanent.

While I have ragged on various features of the game already, there is one thing I’ll praise, and that is the combat. The combat is the game’s highlight for me personally as it looks incredibly stylish and fun, especially in 3v3 competitive matches (which play similarly Jump Force). Plus, the various flashy moves of each character can be easily accessed, perfect if you’re not a hardcore fighting game player.

One highlight of 3v3 combat is the arrival of Saitama. As he is nigh-indestructible, using Saitama is an easy win for the player who selected him, that is if he survives long enough at first. To balance him out, Saitama will always arrive late, meaning players who select Saitama have to survive 2v3 before he finally shows up. While it’s an interesting balance tactic, using Saitama is still a guaranteed win if you know what you’re doing.

To make it fun though, both players can choose Saitama. With two Saitama’s fighting, they’ll both take damage, but won’t flinch. Though for gameplay purposes, fights like those are at least balanced.

Considering that One Punch Man series is a parody of every superpower anime, it delivered tons of laughs and got a huge fan base. One Punch Man: A Hero Nobody Knows tried to follow the same formula for its story mode, but it did not deliver anything new and is accompanied with gameplay that is repetitive and feels unfinished.

On the bright side though, there is some fun to be had in this game, and that is in the stylish 3v3 competitive battles. While using Saitama is an auto-win for most players, it’s a game that can be fun when played with friends who are big fans of One Punch Man.

If you are a fan of One Punch Man, there is fun to be had in this game, but only for a short time. With its unrefined hub world and repetitive gameplay, it's not exactly the most exciting game. After unlocking all of the characters and options to upgrade though, it can be a decent fighting game, especially if you have friends who enjoy the series.One Punch Man: A Hero Nobody Knows Review | Can't even be considered a proper fight