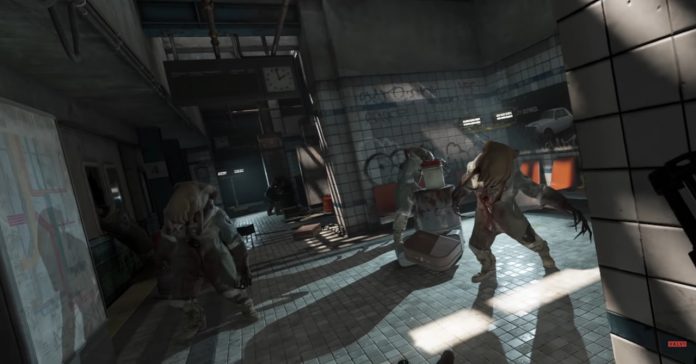 The first video takes place in an abandoned subway that’s filled with headcrab zombies. The footage is reminiscent of some portions of Half-Life 2 such as the zombie-infested Ravenholm in that this part of the game seems quite tense and scary.

Zombies aren’t the only stand-outs in this gameplay video though, instead the movement method used is more interesting personally. in this video, the movement used was blink, meaning players will be able to teleport to a select location, with a slight fade as they do so. This movement method is designed to be the least nauseating among the options, meaning it should be a good option for players new to VR.

The second gameplay video consists mostly of walking through City 17 ruins, highlighting the game’s continuous movement type. In this mode, players move around the world as they do in other games (via a controller); this should be the highlight movement method considering it should offer the most immersion. The only problem is that it can be quite nauseating for players.

The third and final gameplay video shows off combat against combine soldiers, this time with the shift movement type. Shift basically functions like blink, but instead of a slight fade, teleporting to a specified location will zoom the player quickly through the air. This should provide a good balance of comfort and immersion.

Half-Life: Alyx is the first Half-Life title in over a decade, and it’s set before the events of Half-Life 2. The game releases on SteamVR on March 23, 2020. A SteamVR-compatible VR headset is required to play the game.