The new Elite Pass brings a slew of exclusive rewards. 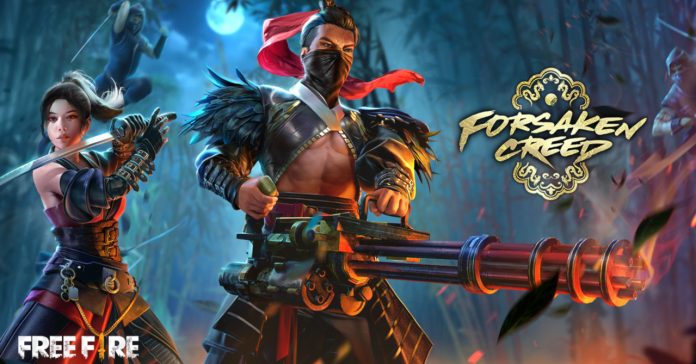 Following the recent Wonderland Event, Garena has announced Forsaken Creed, a new Elite Pass in Free Fire. This new Elite Pass will take Survivors to a parallel universe in the 1800s, and it’ll be filled with samurai, mutants, guns, and plenty of rewards.

The new Elite Pass is described by Garena as:

“The Forsaken Creed EP will star two protagonists: Mitsuo and Ichika.Both are members of a secret Imperial Elite Guard, which is on the brink of extinction due to the growing population of mutants in their region. No one knows what specifically caused people to become mutated. What they ​know is these mutants are a major threat to humanity and need to be taken out as quickly as possible.

Mitsuo and Ichika have been tasked to eliminate one mutant in particular, although their mission has been ongoing forseveral months now. In the meantime, they’ve been going up to the mountain forests to kill as many mutants as necessary to hopefully retake their village one day.”

An ancient form of art long lost along the lineage, only practised by the moribund culture of the Forsaken Creed. 🗡 Not…

Survivors who get the new Elite Pass will be able to earn various rewards, including:

Free Fire is available now on iOS and Android.

- Advertisement -
Previous article
Kaguya-sama: Love is War Season 2 is streaming on Netflix!
Next article
This Miso Soup Brand’s Anime Commercial is giving us all the feels!