The complete ‘Inside FINAL FANTASY VII REMAKE’ series is out now

Plus, a special message from FF7R lead producer, Yoshinori Kitase. 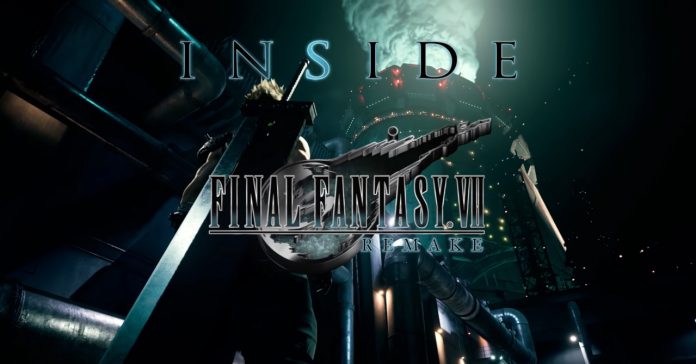 Update 04/17: There is actually a fifth episode of INSIDE: Final Fantasy VII Remake

Following the release of the first episode last March, all five episodes of the ‘Inside FINAL FANTASY VII REMAKE‘ is now out on YouTube and with English subtitles — just in time as the Final Fantasy VII Remake has just released on the PS4 last Friday.

In case you’re unfamiliar, Inside FINAL FANTASY VII REMAKE is a four-part documentary series that gives players an insight into the development of the FF7 Remake. The series features exclusive behind-the-scenes interviews from the game’s creators, artists, and developers.

The first part of the series is details how the FF7 Remake first came to be:

The second episode goes into the process or expanding the beloved story and characters of FF7:

Episode 3 meanwhile, delves into the creation of the game’s combat, and how it modernizes the classic systems of the original (such as the materia and ATB system):

The fourth episode gives insight on the music and sound effects used in the Final Fantasy VII Remake:

Finally, the fifth episode dives deep into the remake’s graphics and visual effects:

The Final Fantasy VII Remake is out now on the PS4. Still haven’t gotten the game? Check out our full review of the FF7 Remake!