Overwatch is also launching a new Competitive Mode and more. 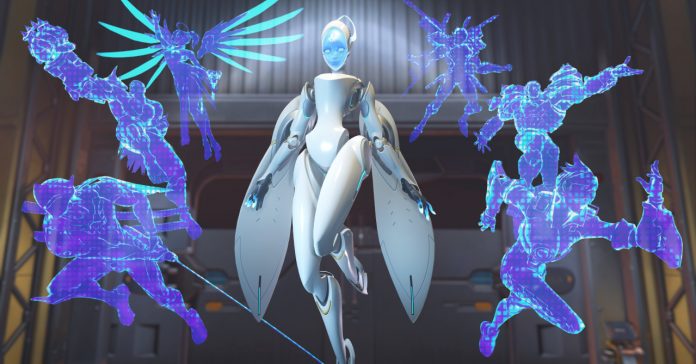 Announced back in March, the 32nd hero Echo is now available on the main Overwatch servers. Echo is a new damage type hero, and she’s playable now in the PC, PS4, Xbox One, and Switch versions of Overwatch.

As revealed in her origin story video, Echo is an omnic created by Dr. Mina Liao, one of the founding members of Overwatch, and also one of original creators of the omnics. While Liao has seemingly passed away, Echo has her creators voice and demeanor.

Alongside the release of Echo, Blizzard also implemented a couple of new features and changes in the update. The biggest new features is the launch of Competitive Open Queue in the Arcade. This game-mode will use standard Competitive Play Rules, but will have no role restrictions.

The new update also implements a unified Hero Pool to more closely match the Overwatch League. Basically, heroes with highest play rates will be removed from the Competitive Play queue every week. Finally, the new update will now retire map pools; instead, Competitive Mode will now include all maps excluding Paris and Horizon Lunar Colony.

For more info on the changes, visit the Overwatch website.

- Advertisement -
Previous articlePlayStation is giving away Uncharted: The Nathan Drake Collection and Journey for all PS4 users
Next articleStudio Ghibli just released free wallpapers for use as video call backgrounds