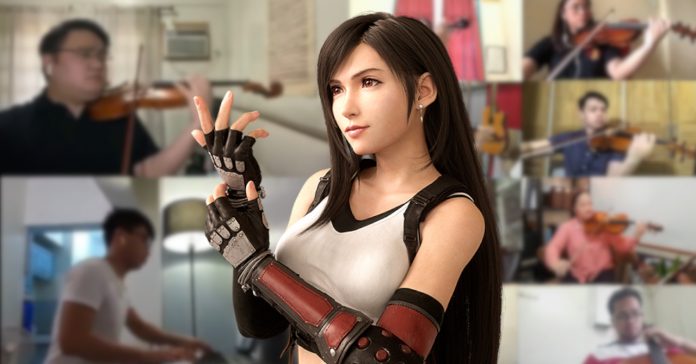 With the enhanced community quarantine extended until the end of the month, a lot of people are likely feeling stressed out about all the uncertainty that the ongoing pandemic brings. Given the situation, the Manila Symphony Orchestra (MSO) has released a series entitled “Tagpi-tagping Tagping Damdamin Video Series: MSO in Quarantine” — a video series of performances by MSO musicians while at home that aims to lift the spirits of everyone through music.

One of the videos in the series is an absolutely amazing rendition of the iconic Tifa’s Theme from Final Fantasy VII; very timely considering the recent release of the Final Fantasy VII Remake.

As of this article’s writing, the video has around 800 views, and it definitely deserves a lot more! We promise that it’s very much worth a listen or two (or ten), especially for big FF fans:

The Manila Symphony Orchestra’s performance of Tifa’s Theme is definitely a welcome one considering the times that we are in right now. Though it may come as a surprise for some, this isn’t the MSO’s first performance featuring music from a video game. In fact, the MSO held the Video Game Symphonic last year, a concert where the orchestra performed various iconic video game music, including songs from Final Fantasy series, Legend of Zelda, Uncharted, and many more.

Aside from their performance of Tifa’s Theme, the MSO also has more videos in their “MSO in Quarantine” series. Check out their others performances on the official Manila Symphony Orchestra YouTube channel (and give them a subscribe while you’re at it).