Get as much as Php6,000 worth of savings when you pre-order! 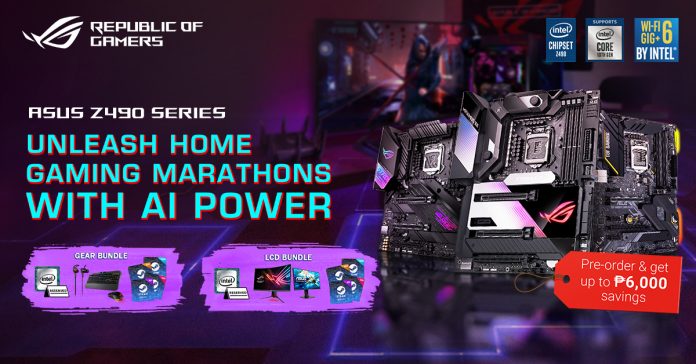 Following the lineup’s reveal a few days ago, ASUS has announced pricing and pre-order details for its new Z490 motherboard series that supports the latest 10th generation Intel Core processors. The Z490 series is available for pre-order now until May 20, 2020.

Buyers interested in pre-ordering a new Z490 motherboard have two options; the first is a Gaming Gear Bundle where each motherboard will come with bundled with a specific ROG gaming gear. The items that are part of the bundle include either a pair of ROG Cetra noise-cancelling earbuds, an ROG Pugio gaming mouse, or a TUF Gaming K5 gaming keyboard .

The second offer meanwhile is the Gaming Monitor Bundle. As the name implies, this bundle includes one Z490 moterboard along with a certain ASUS gaming monitor. The monitors part of the lineup include the ROG Strix XG32VQR, ASUS VG278QR, or the ASUS VG278QR. Both the Gaming Gear and Gaming Monitor bundles also come with free PHP 1,000 Steam Credits.

Here are the prices of the Z490 motherboard series pre-order bundles: 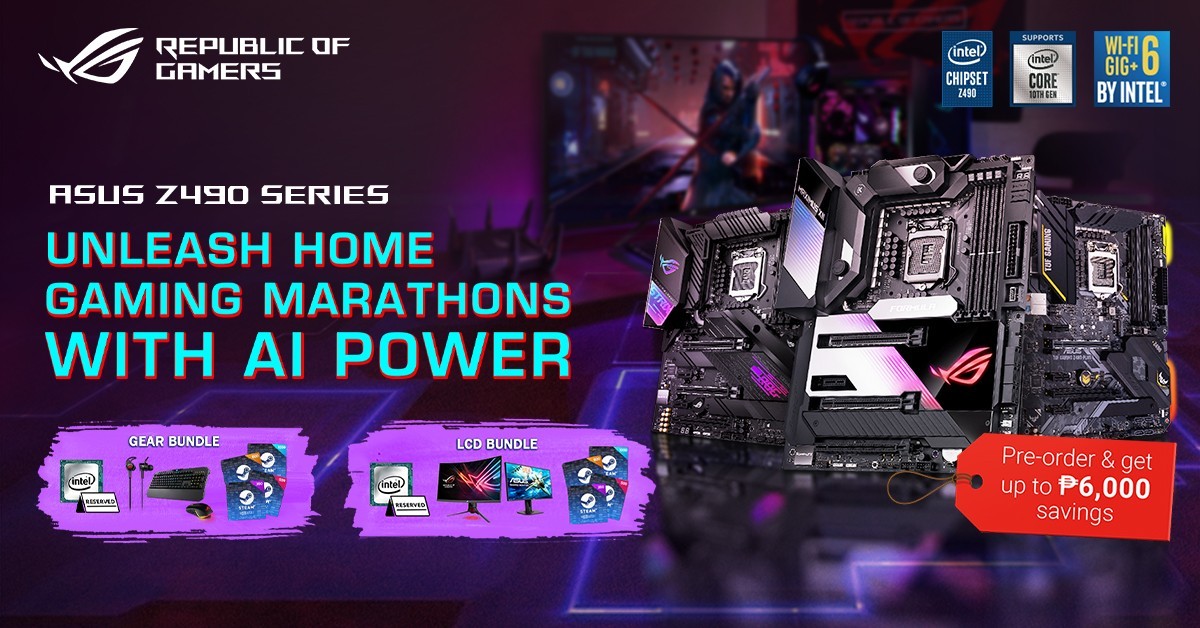 The ASUS Z490 motherboard series will release by the end of this month. After the pre-order period, the motherboards will be priced accordingly:

For more info on the Z490 series, read our quick features on the new motherboard line from ASUS:

- Advertisement -
Previous articleMortal Kombat 11: Aftermath is a new MK11 story expansion that adds… RoboCop!?
Next articleCheck out all the designs of the upcoming Uniqlo UT Pokemon x Daniel Arsham collection