Detroit: Become Human, Heavy Rain, and Beyond: Two Souls are coming to Steam this June

Free demos for the game are available now on Steam! 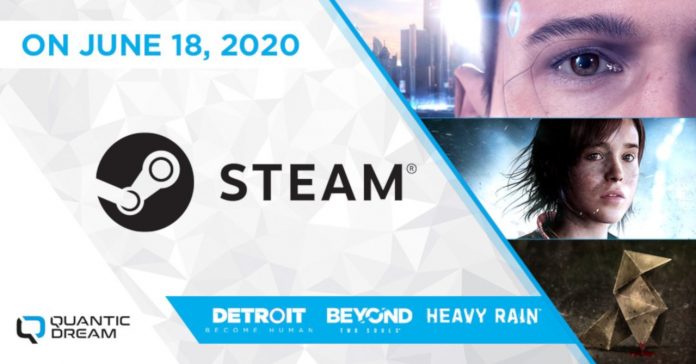 Released for PC via the Epic Games Store last year, Quantic Dream has announced that Detroit: Become Human, Heavy Rain, and Beyond: Two Souls are coming to Steam on June 18, 2020.

In case you’re unfamiliar, Heavy Rain, Beyond, and Detroit are interactive adventure games; with gameplay consisting mostly of quick-time events and various player options. Players are presented with a multitude of choices as they play, with each choice affecting the game’s story and characters. In fact, player characters in these games can die, and the game will still continue.

Previously, all three games were PlayStation-exclusives, with Heavy Rain and Beyond being released originally for the PS3 while Detroit: Become Human released on the PS4. While the PC release of the three games came as a bit of a surprise, it does make sense considering that developer Quantic Dream isn’t a first-party Sony studio (unlike studios such as Naughty Dog or Insomniac).

Not sure if these games are for you? You can download the free demos for each title now via the following links:

Aside from these three games from Quantic Dream, Horizon Zero Dawn is also releasing on PC via Steam later this year.