One of the best Android tablets to-date! 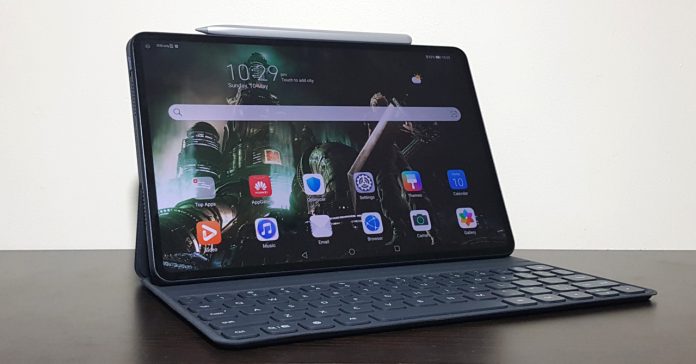 A bit over a week ago, I got my hands on a MatePad Pro, an Android tablet from Huawei that’s poised to challenge Apple’s iPad Pro. In my first impressions of Huawei’s new Android tablet, I found that it was a great device for productivity. What impressed me even more is how well it worked as an all-around media consumption device. 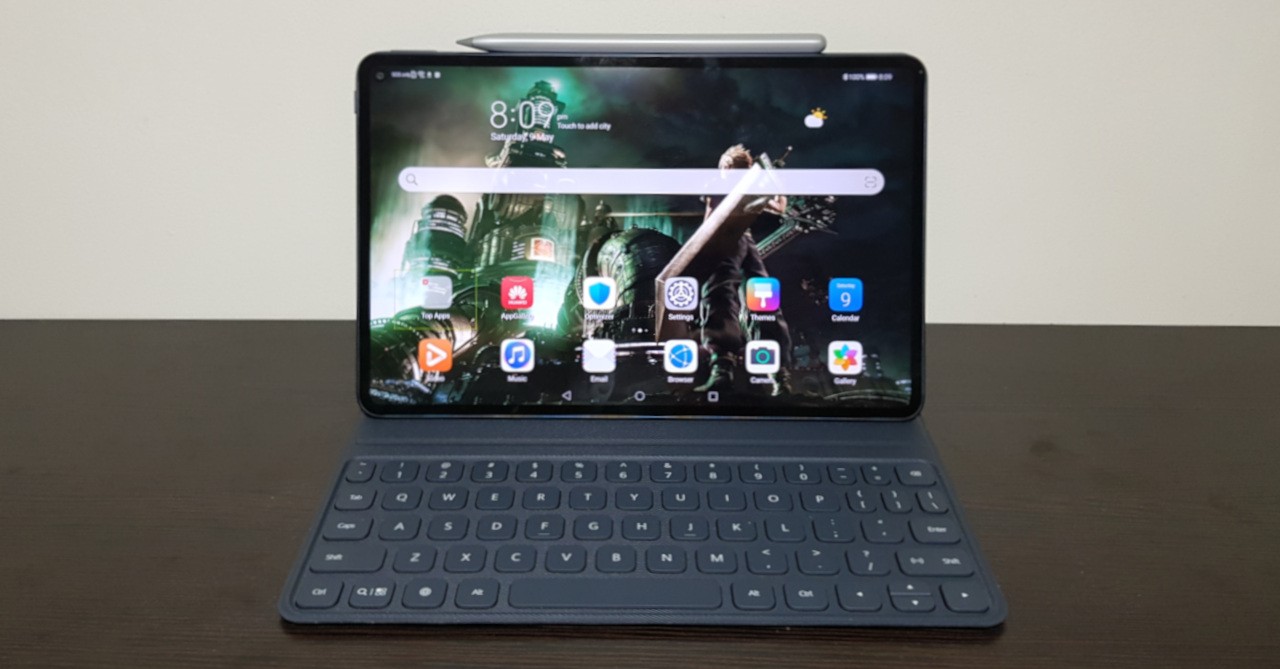 Of course, those were my thoughts after just a few days of using the tablet. Now that I’ve been able to test out the MatePad Pro for more than a week, does it still prove to be a strong iPad Pro competitor? Find out here in our full review of the Huawei MatePad Pro! 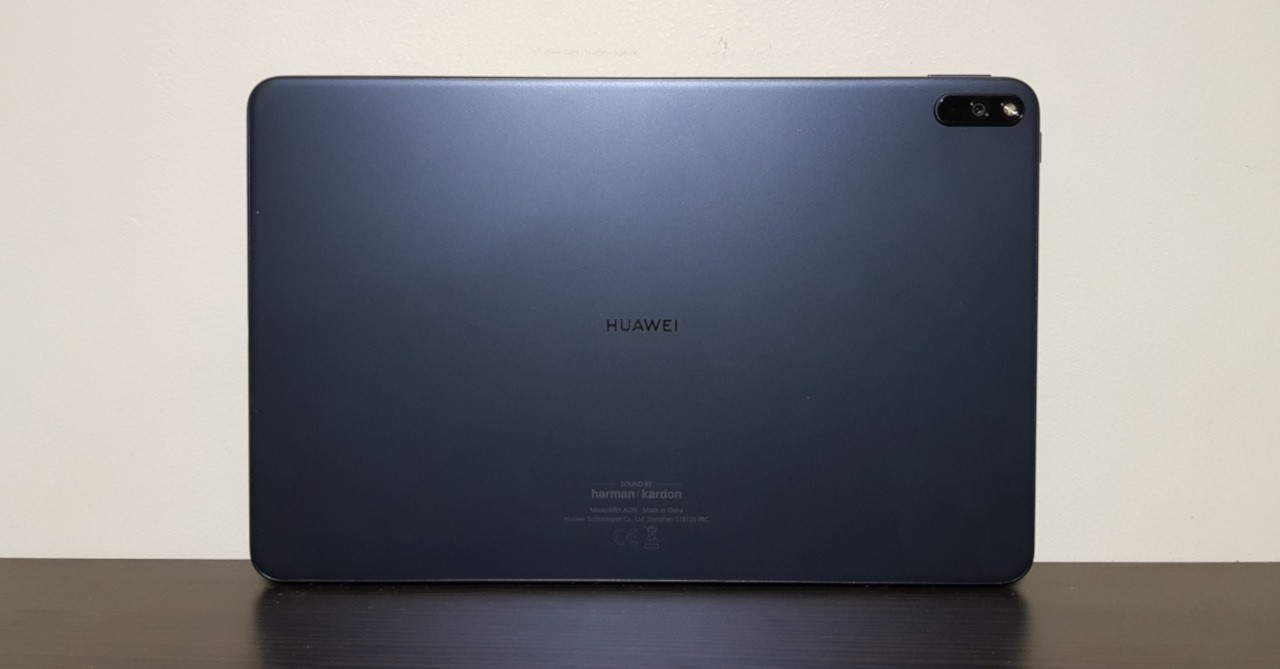 As I mentioned in my first impressions, the Huawei MatePad Pro looks sleek and low-profile, especially in the Gray colorway. If you compare it to Huawei’s current flagship smartphone offerings, the MatePad Pro isn’t as eye-catching. Of course, it’s unfair to compare the MatePad Pro’s design with today’s smartphones, especially as it’s a tablet that’s designed to be used with a case. 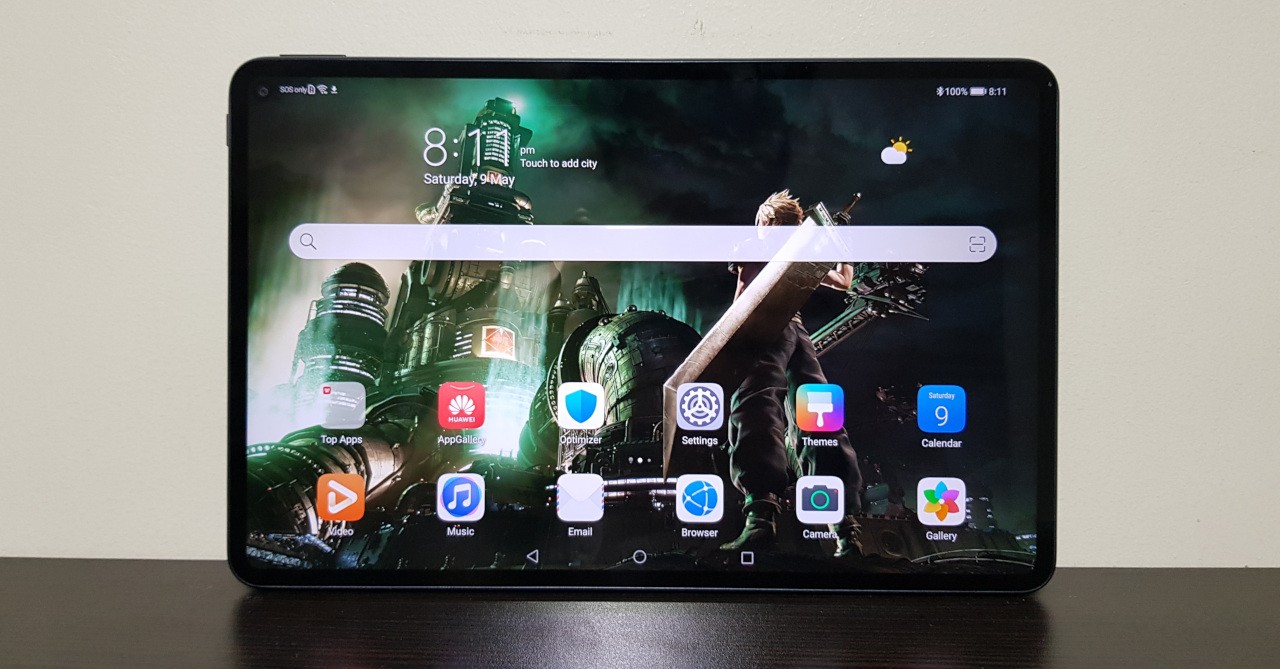 While the back may not be that attention-grabbing, the front of the tablet definitely is! The Huawei MatePad Pro features a large 10.8-inch display with fairly slim bezels, complete with a tiny holepunch notch on the top-left that’s barely noticeable. Thanks to the large display in a small form factor, the Huawei MatePad Pro is quite a looker when seen from the front. 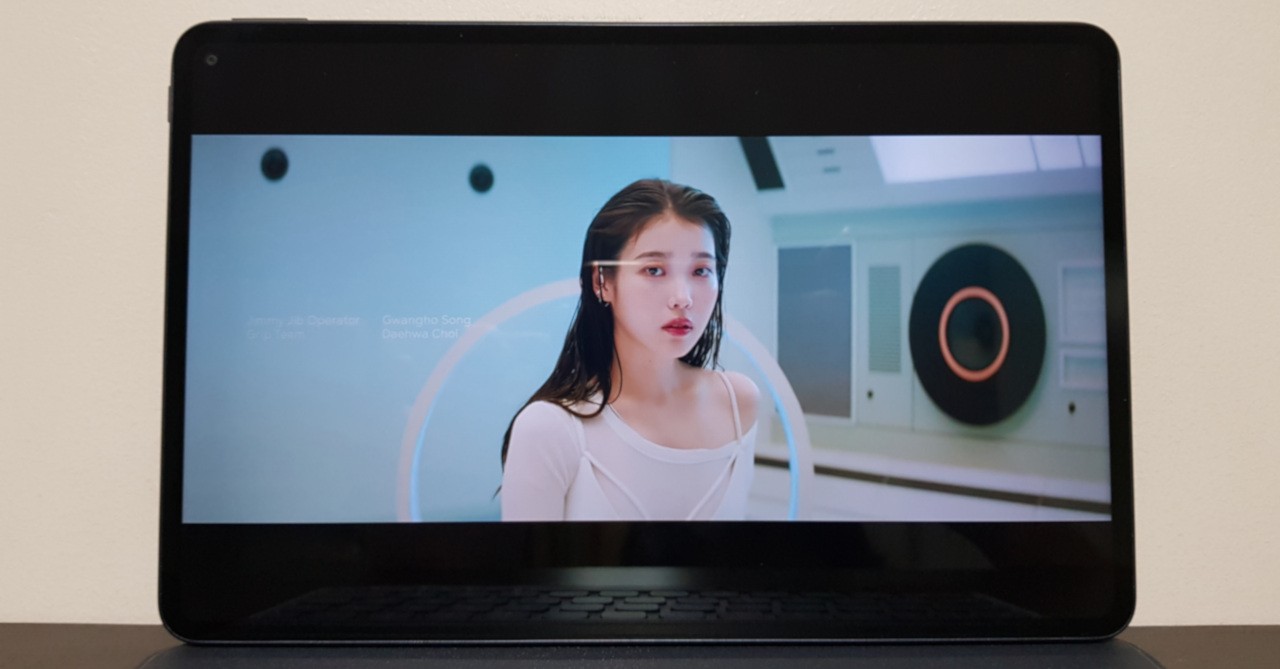 Aside from looking great design-wise, the MatePad Pro’s 10.8-inch display is amazing to binge-watch on thanks to the 2560 x 1600 resolution — yes, the MatePad Pro has a higher resolution than 1080p, but it does have a 16:10 aspect ratio (as with nearly all tablets), meaning widescreen content will be letterboxed (black bars at the top and bottom). Personally though, I wasn’t bothered with the letterboxing, especially as there’s more than enough screen real estate for a satisfying viewing experience. 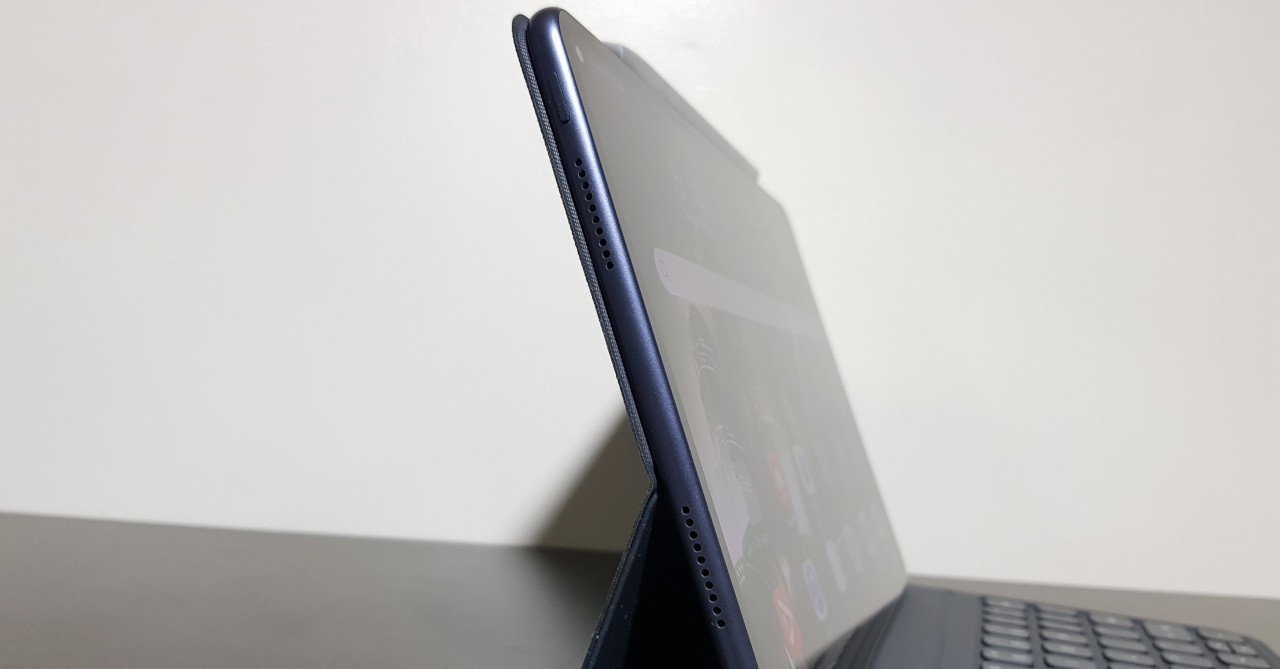 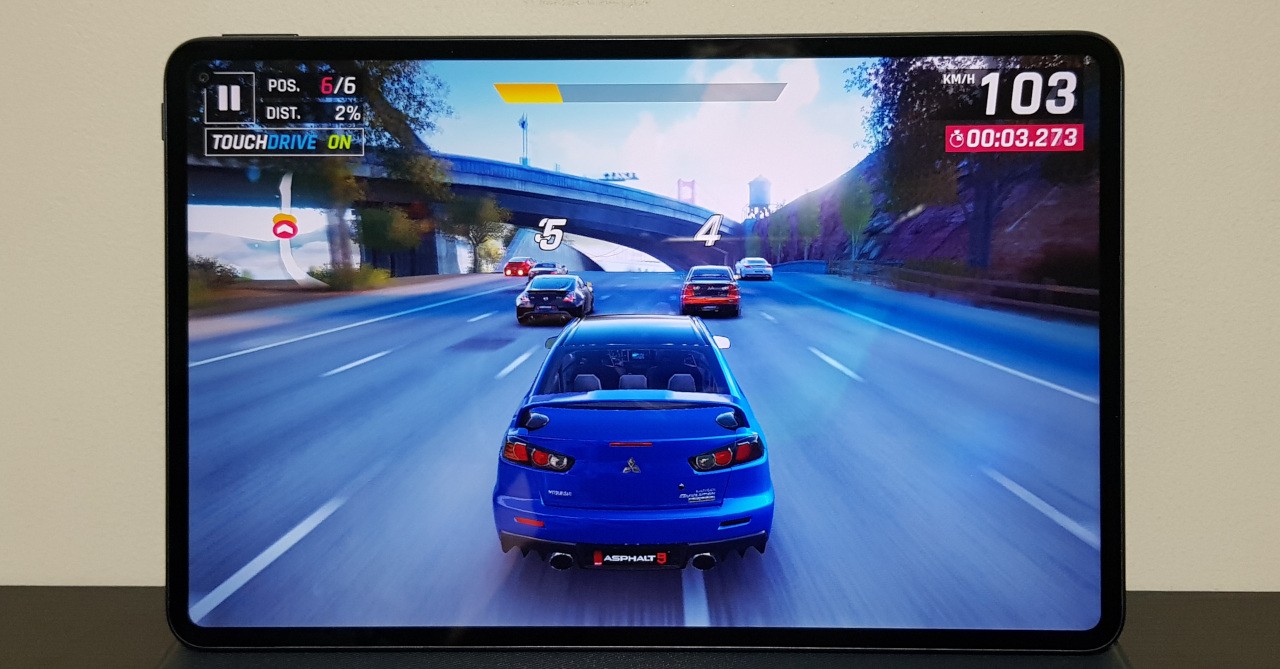 The Huawei MatePad Pro is powered by a Kirin 990 processor, the same chipset that’s used in the flagship Mate 30 and P40 series. Much like other Kirin 990-powered devices, the MatePad Pro has more than enough power to run practically all of the popular Android games right now. Demanding games such as Asphalt 9 or Call of Duty Mobile ran at max settings with ease, and the same can be said for less hardware-intensive titles such as Mobile Legends: Bang Bang. 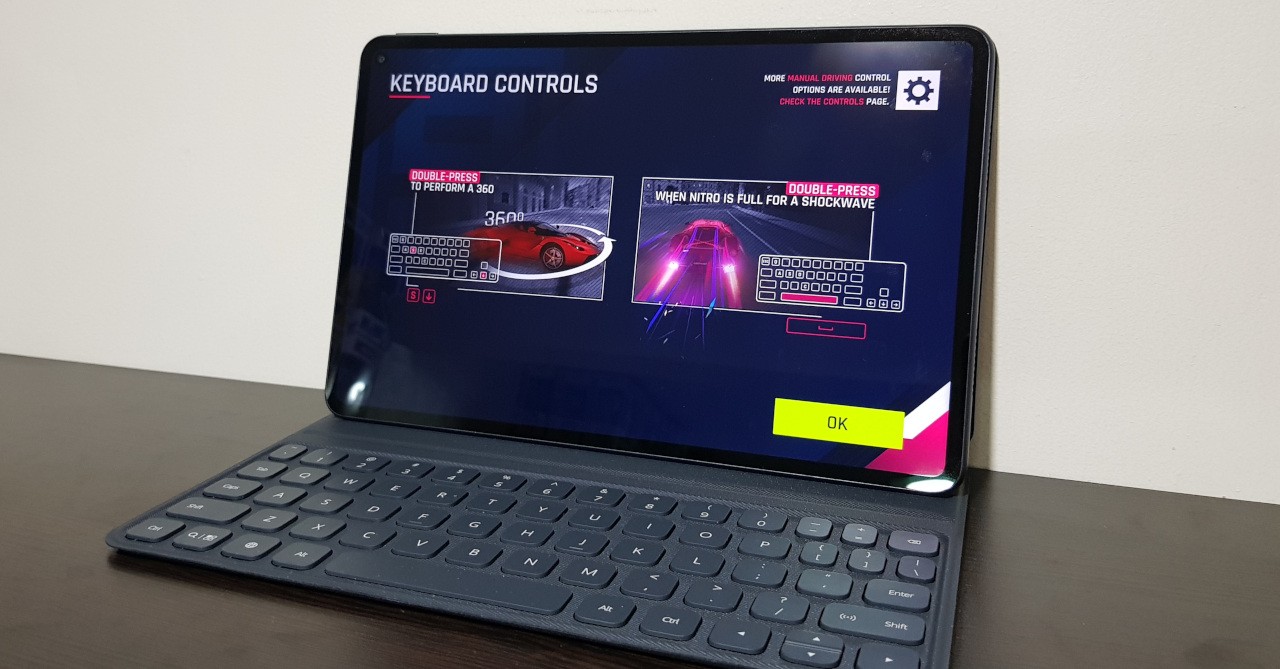 While gaming on a tablet isn’t exactly the best experience given how large they are, the MatePad Pro makes a good case as a gaming device when you have the Huawei Keyboard case. In some title such as Asphalt 9, the keyboard can be used to control the game, making for a much better gaming experience.

Tablets aren’t exactly the best devices for photography given how unwieldy they are to use to take photos. Because of this, Huawei only packed the MatePad Pro with 13MP main camera and an 8MP selfie shooter — a setup that you’d usually only find nowadays in budget smartphones.

As expected, photos shot on the Huawei MatePad Pro are nothing spectacular. Images taken in bright, daytime conditions are of pretty good quality, though low-light photos see a big dip in image quality. Meanwhile, indoor shots are decent if you have ample lighting. Finally, selfies are surprisingly good for an 8MP shooter.

Given how well it worked for gaming, the Huawei MatePad Pro has more than enough power for everyday use. In my time with the new Huawei tablet, I did not experience any slowdowns, even when I used the MatePad Pro’s multi-screen mode. In this mode, I was able to open two apps in split-screen along with another app as a pop-up window (using the mode made the MatePad feel like a laptop). While I thought the MatePad Pro might hitch up for a bit in this mode, it continued to be fast and snappy. 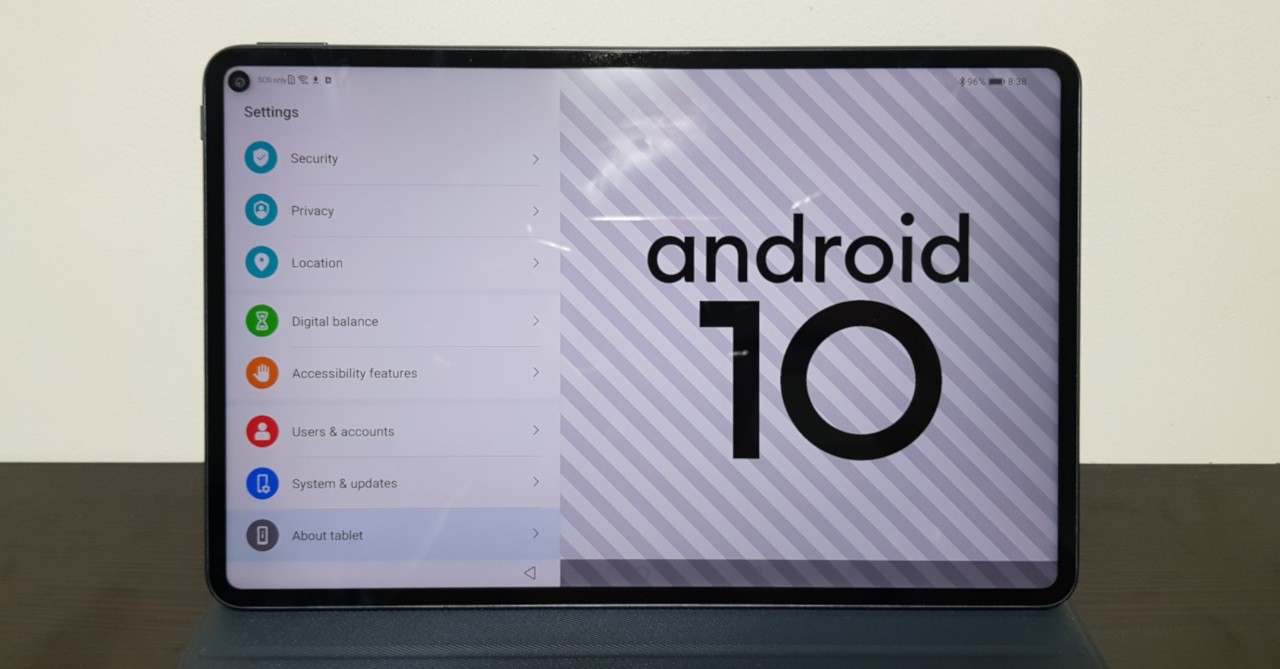 The MatePad Pro is also great for everyday use thanks to its large 7,250mAh battery. Thanks to this, the MatePad Pro is easily able to last for a day of heavy use on a single charge. The only thing I would’ve wanted battery-wise was faster charging. Using the charger included in the box, the MatePad Pro took 3 hours to get to 100%. While charging is not as fast as most phones, it’s understandable given the tablet’s massive battery.

As with recently released Huawei devices, the MatePad Pro does not come with the Google Play Store, instead it comes with Huawei’s own app store, the AppGallery. Using a combination of the AppGallery and third-party APK stores (such as APKPure), I had no problems downloading the apps I need for productivity and binge-watching on the MatePad Pro.

Huawei has several accessories for the MatePad Pro such as the M-Pencil and Keyboard Case, both of which are sold separately. Though both accessories were offered for free as part of the tablet’s pre-order promo in the Philippines. 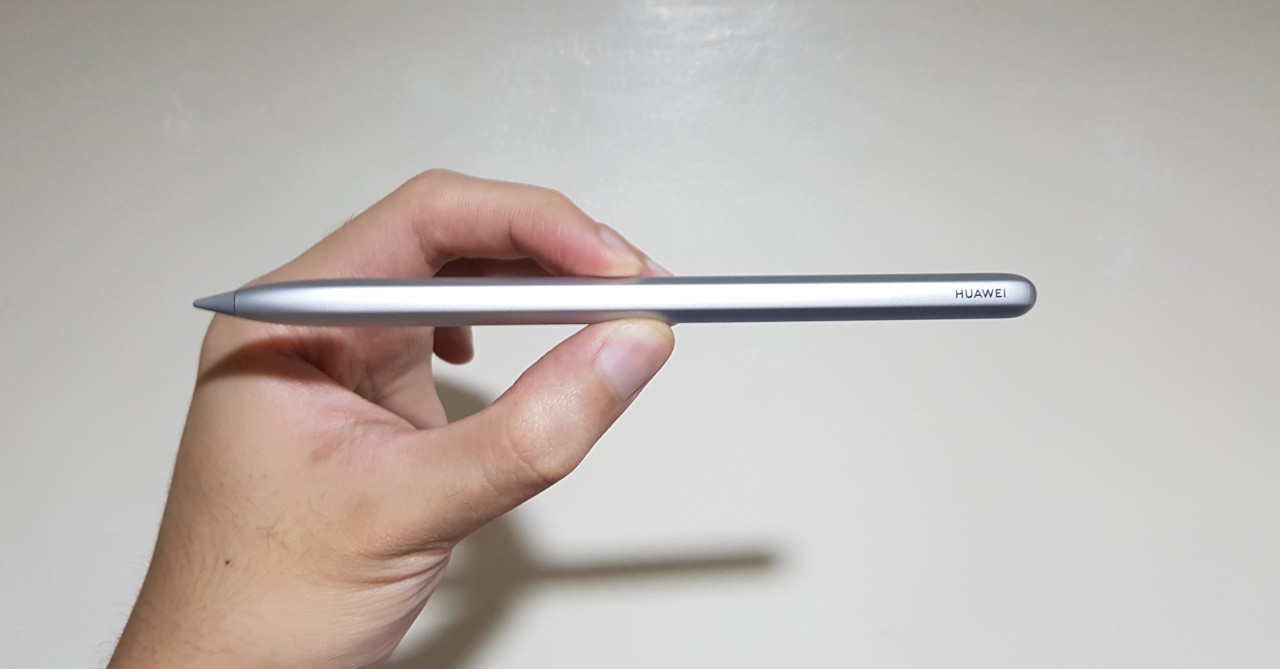 If you’re a creative professional, the M-Pencil is a must-have accessory when using the MatePad Pro. The M-Pencil offers a good writing/drawing experience thanks to the unique pencil tip, as well as 4,096 levels of pressure sensitivity.

While I won’t be able to share my drawing experience with the MatePad Pro (as I’m no good at drawing), I can say that note-taking on the tablet is a good experience. Even with my bad handwriting, the MatePad Pro’s ‘Nebo for Huawei‘ notepad app was able to read and convert my handwritten notes to a PDF file. 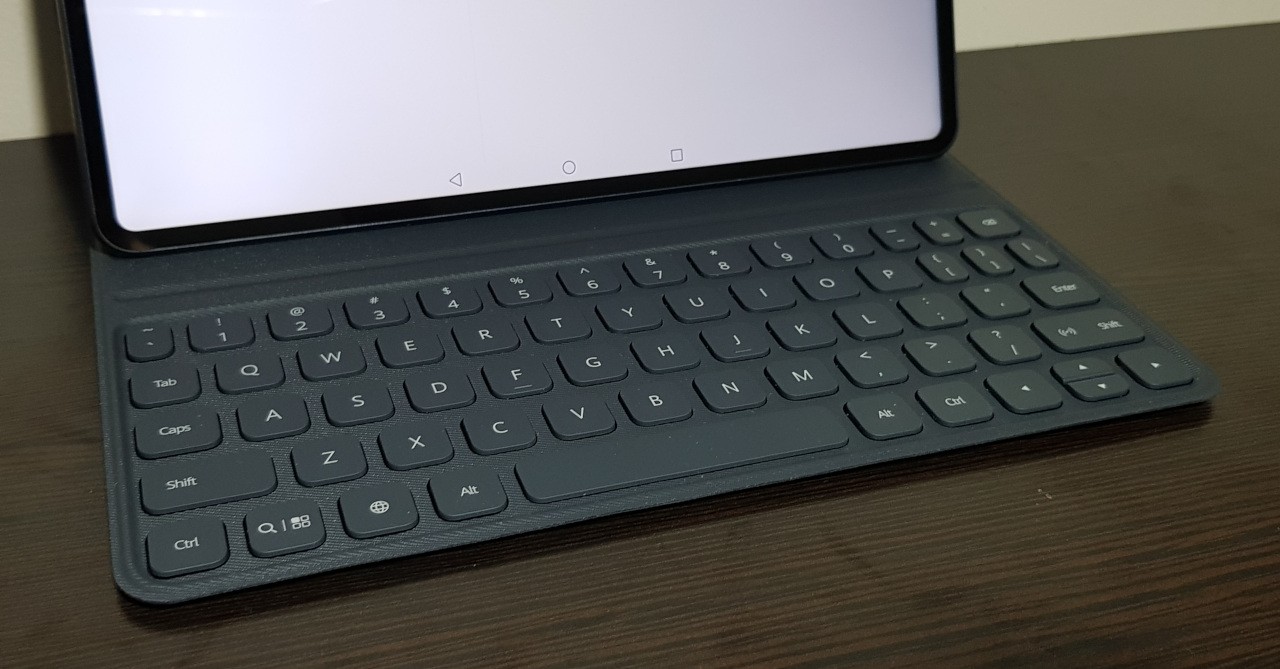 The Keyboard Cover is another must-have for MatePad Pro users, especially for those who will use it for work as a laptop replacement. While the keys are a bit on the small side, they do offer good tactile feel, making it a great keyboard for typing when you get used to the size. The keyboard cover also connects quickly with the MatePad Pro; plus, it offers a good bit of protection too. 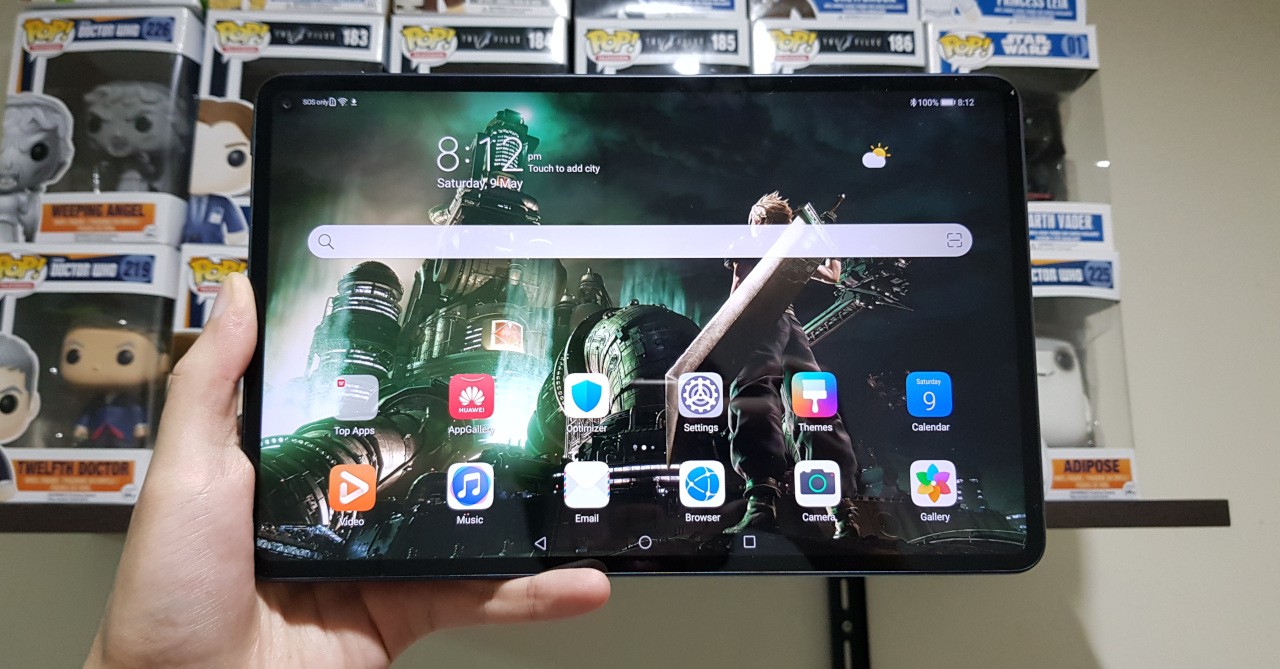 Thanks to a combination of a powerful processor, gorgeous display, and impressive speakers, the Huawei MatePad Pro is easily one of the best Android tablets I’ve ever used. For productivity, the MatePad Pro is an excellent device thanks to the ability to multi-task on its large screen. And for entertainment, the MatePad Pro is a great partner, be it for gaming or for binge-watching.

With its list of features and its PHP 32,990 price point, the MatePad Pro is definitely a good alternative to the iPad Pro, especially for more budget-conscious users as the iPad Pro starts at PHP 47,990 (and that’s just the Wi-Fi only model). Though if you want to get the most of the MatePad Pro, the M-Pencil and Keyboard cover accessories are a-must, both of which have to be purchased separately.

Previous article
Get great deals on these PS4 games at the PS Store’s Hidden Gems Sale
Next article
Crucible is a free-to-play multiplayer shooter from Amazon, and it releases on May 20

The Huawei Matepad Pro is easily one of the best Android tablets you can get right now thanks to its combination of a powerful processor, quality display, and great speakers. At its price point, it is also a good alternative to the iPad Pro. Though to get the most out of the tablet, the M-Pencil and Keyboard Cover accessories are recommended, both of which must be purchased separately. Geek Lifestyle Review: Huawei MatePad Pro