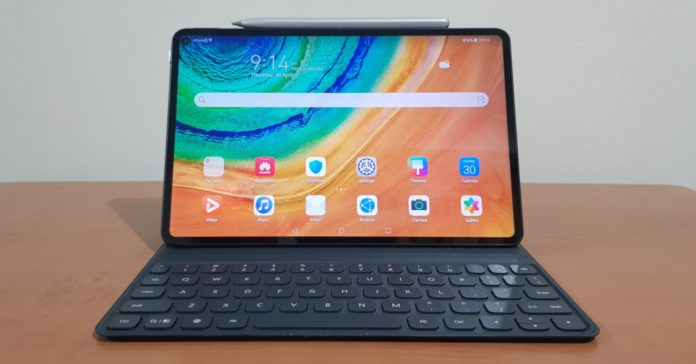 While there are a lot of manufactures that make flagship Android phones that can rival iPhones, the Android tablet market isn’t exactly brimming with options. In fact, only a few brands continue to make Android tablets, one of which is Huawei.

Recently, Huawei released the the MatePad Pro, an Android tablet that’s poised to rival the current tablet king, the iPad Pro. Much like Apple’s premier tablet, the MatePad Pro is aimed at creatives and professionals with its flagship chipset, near-borderless display, and support for productivity-focused accessories like the M-Pencil and keyboard cover. 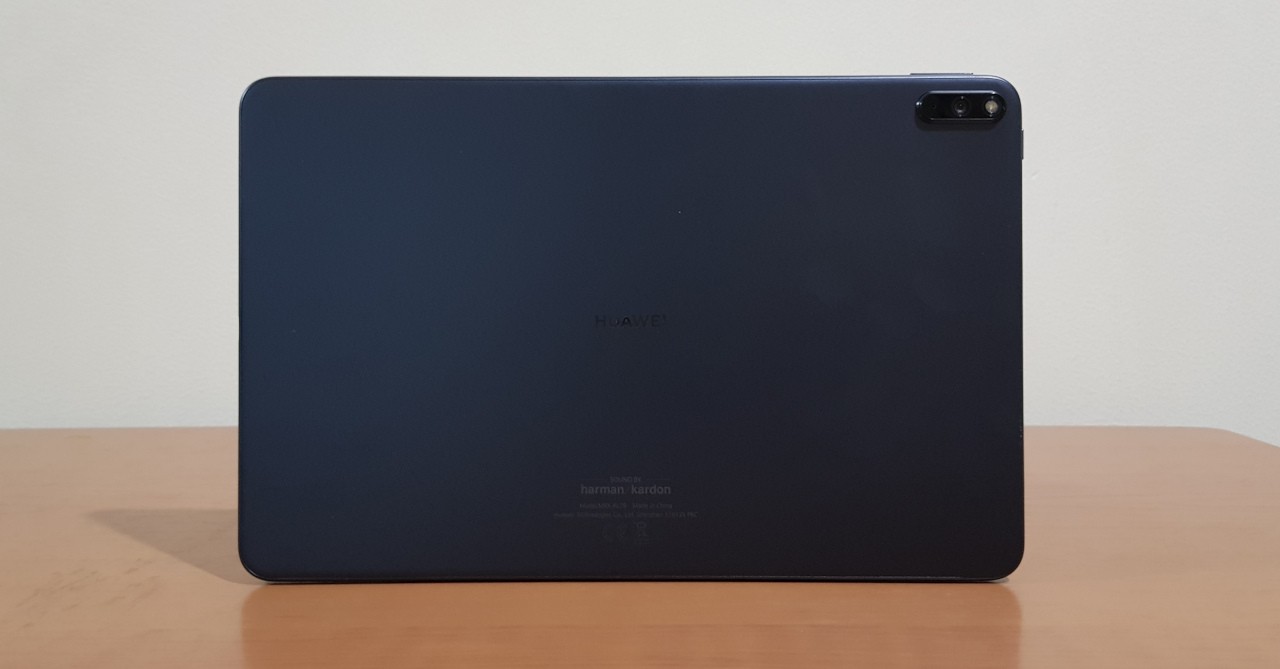 Before I explore the MatePad Pro’s capabilities, let’s first take a look at its design. From the back, the MatePad Pro looks quite plain. Though it does feel great to hold thanks to its matte finish, which offers a good amount of grip even without a case. As a large tablet, a case is a must though; good thing the MatePad Pro comes with a free cover when you buy it via select channels. 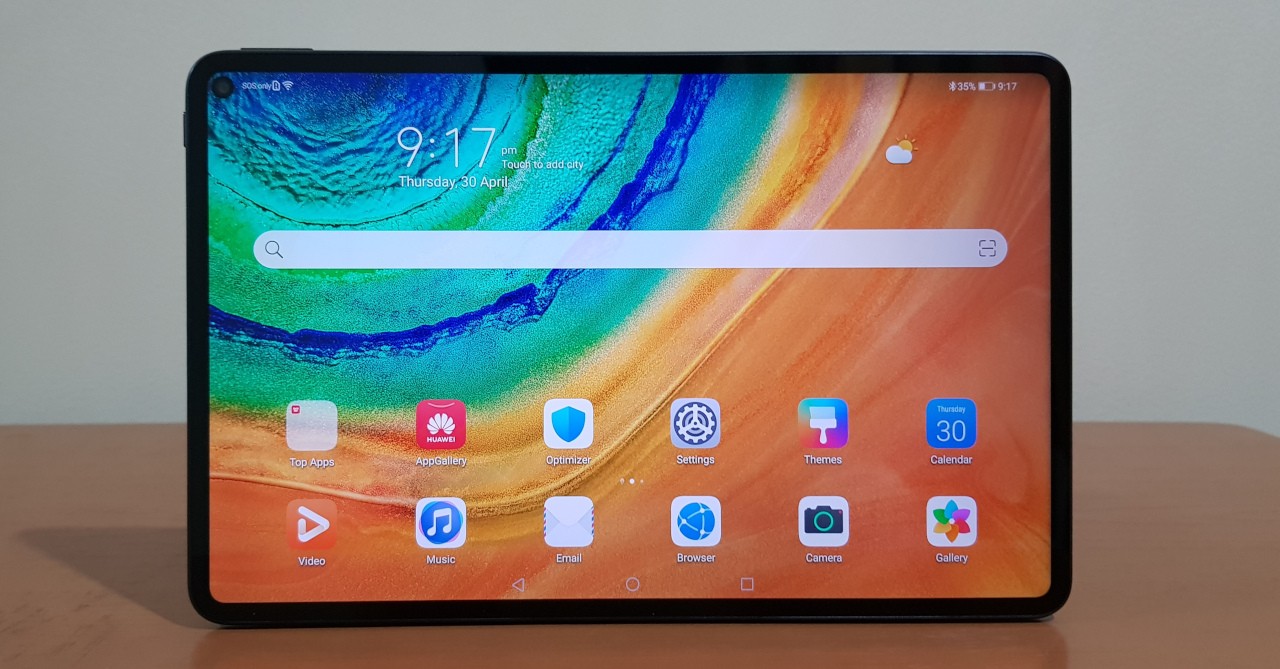 Moving on to the front, the MatePad Pro is a looker thanks to the thin side bezels. The fact that it has a tiny “Punch” notch makes the tablet look nearly all-screen, great not only for productivity, but also for media consumption. The large 10.8-inch display is also quite sharp, with a resolution of 2560 x 1600, well above Full HD.

In the imaging department, the MatePad Pro packs a 13MP rear camera along with an 8MP selfie shooter. While I have yet to fully test out the tablet’s cameras, my initial shots were unimpressive. Not surprising given that, on paper, the 13MP main and 8MP selfie shooter combo is something that you’ll usually only see in budget smartphones nowadays.

Personally, I’m fine with just decent cameras on a tablet; after all, a tablet isn’t exactly a device made to take lots of photos with given its size. Instead, tablets are made more for media consumption and for productivity, and the MatePad Pro delivers in both areas. 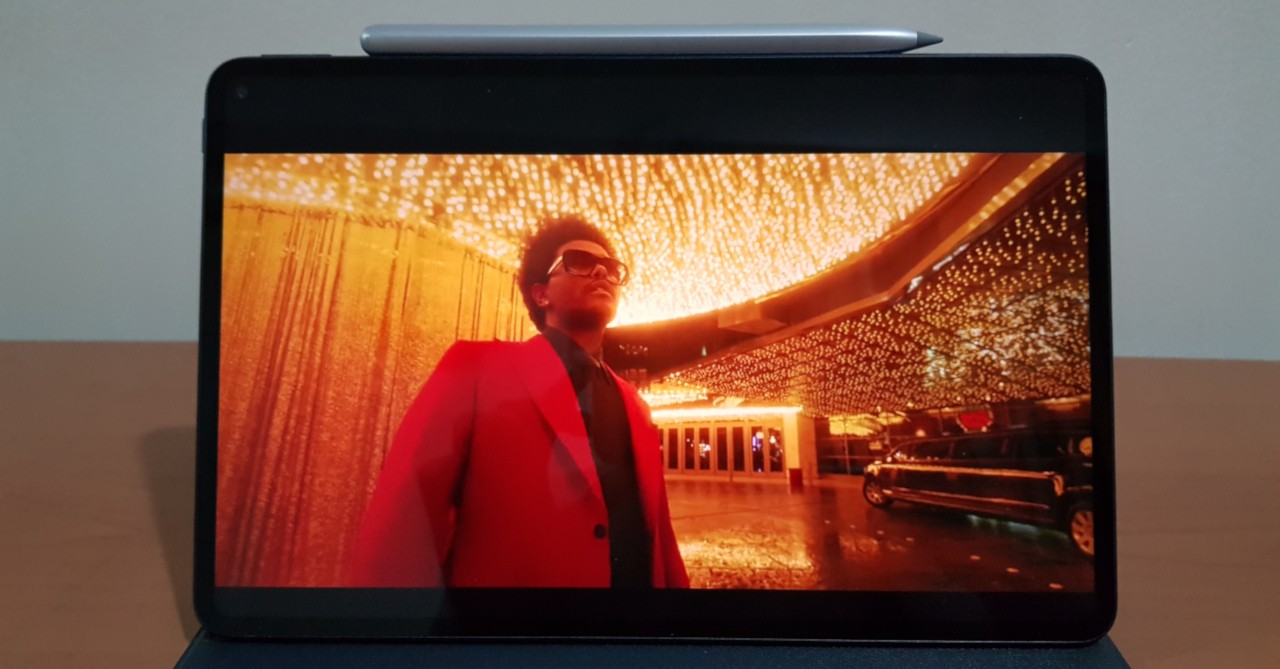 The 10.8-inch IPS display on the MatePad Pro is impressive for media consumption, whether you’re just watching YouTube videos or TV shows. While I’ve yet to try watching movies/shows for an extended period of time on the MatePad Pro, I’m impressed with what I’ve seen so far.

It also helps that the MatePad Pro’s speakers are also great. The new Huawei tablet packs four speaker channels, making for loud and clear audio. In fact, the MatePad Pro’s onboard speakers can rival those found in laptops, both in terms of sound quality and volume. 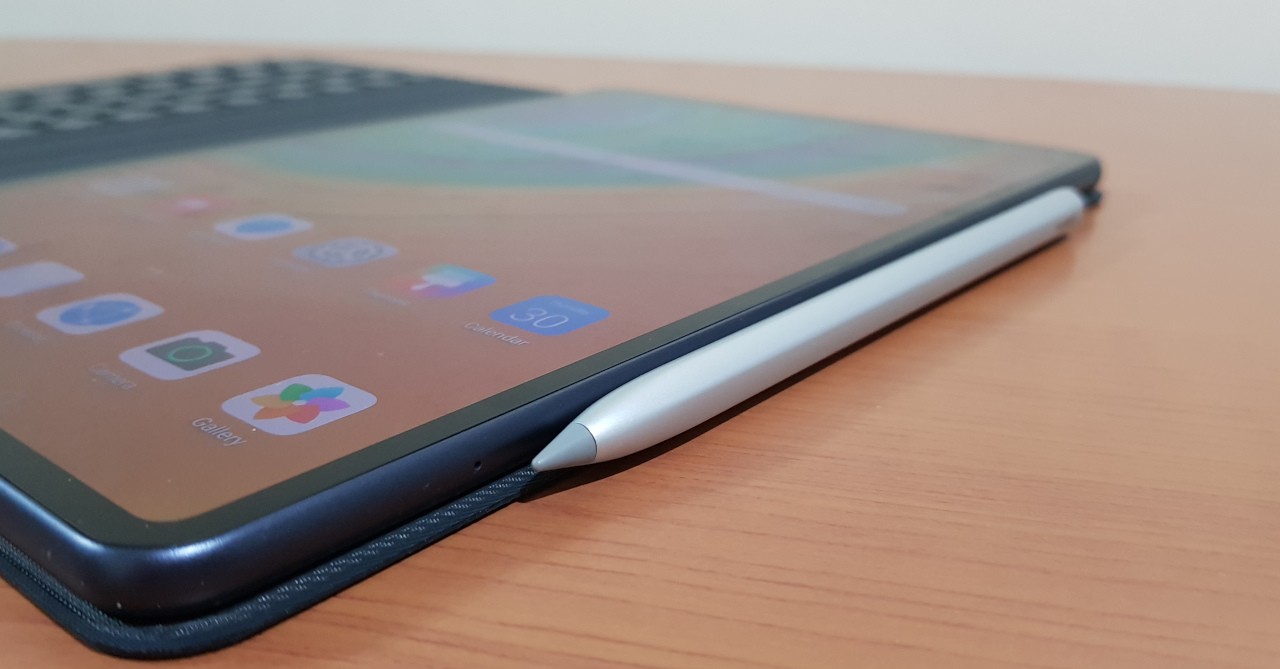 For productivity, the MatePad Pro also impressed in my first couple of hours with it. Powering the tablet is a flagship Kirin 990 processor, and it was able to handle my workload with ease (consisting mostly of writing articles).

The unit I have right now also comes with the Huawei M-Pen (available only for those who pre-order or as a separate purchase). I have yet to try it out for drawing, though I did test it out by jotting down a couple of notes. So far, the M-Pen felt great to use, not to mention that connecting it to the MatePad Pro was incredibly easy. 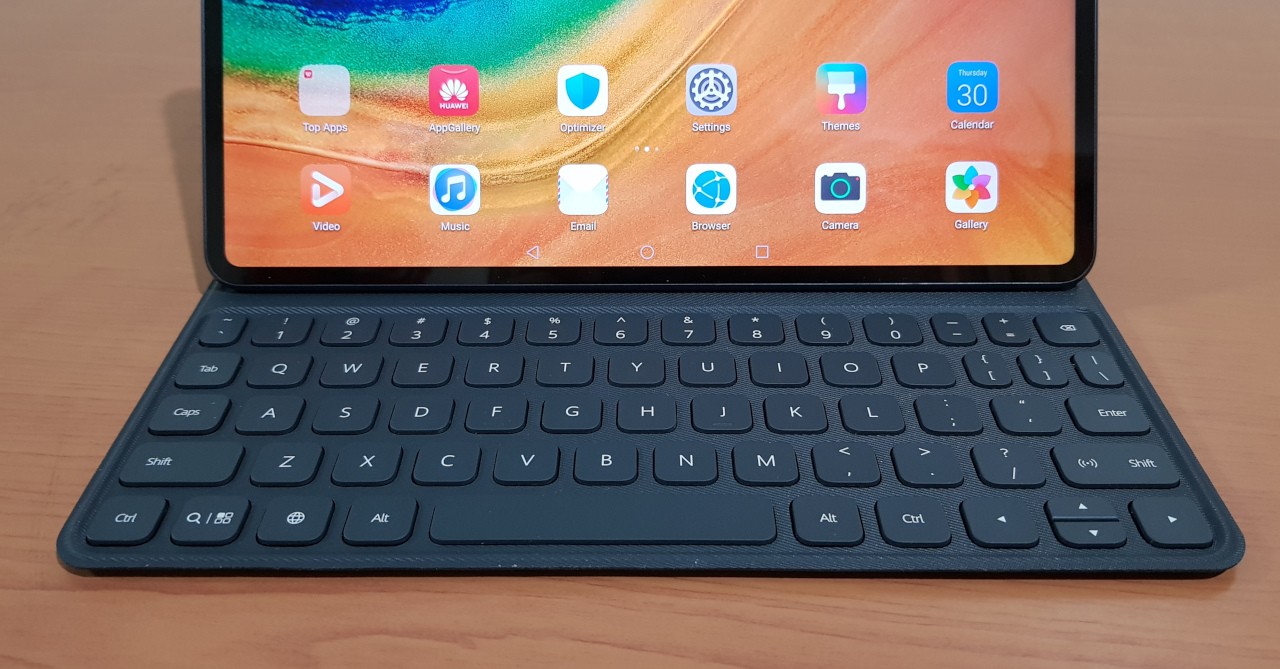 I was also able to test out the MatePad Pro keyboard cover. Much like the M-Pen, connecting the keyboard with the tablet was hassle-free. And while I found it to be a bit on the small side, I found the keyboard to be responsive and fairly nice to type on. 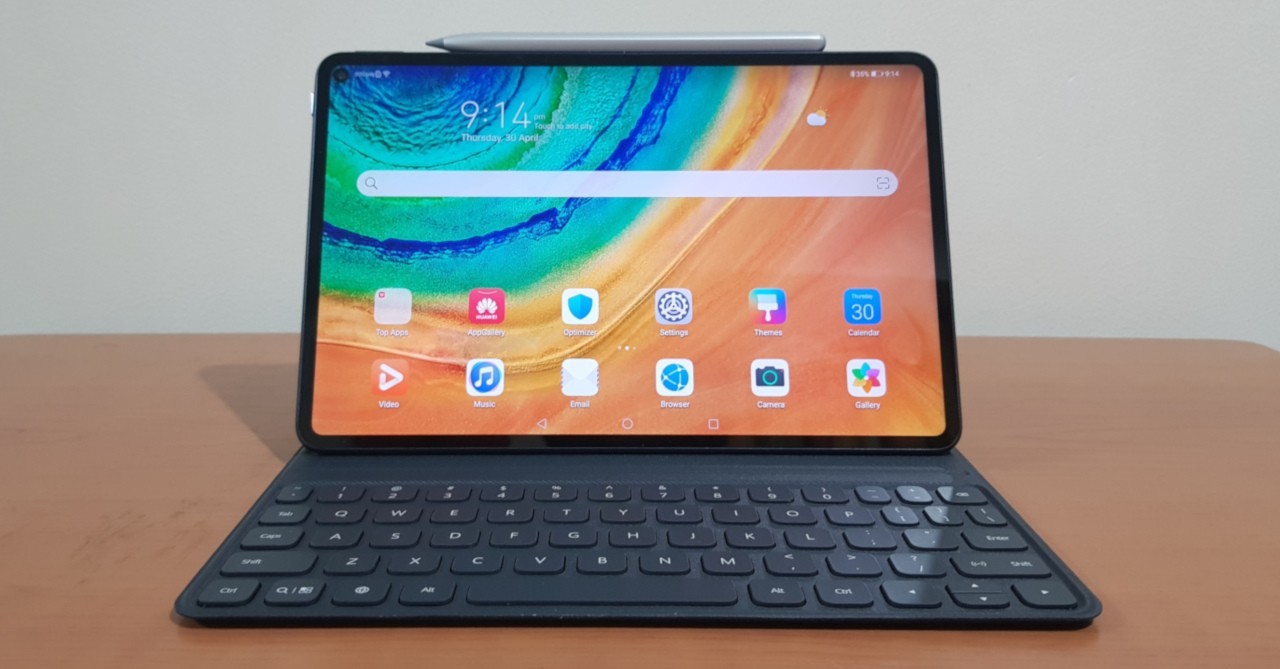 My initial impressisons of the Huawei MatePad Pro are highly positive. Thanks to its great display and powerful performance, the MatePad Pro is definitely a tablet worth checking out if you’re a creative professional considering the numerous features you get for the price of only PHP 32,990.

So is the MatePad Pro an iPad Pro killer? For now, it might just be, especially when you factor in pricing (the iPad Pro starts at PHP 47,990). Of course, these are just my first impressions as I’ve yet to test out its capabilities in full. I’ll also have to determine if the apps available on the AppGallery are up to par for my work needs, so watch out for our full review of the MatePad Pro very soon!