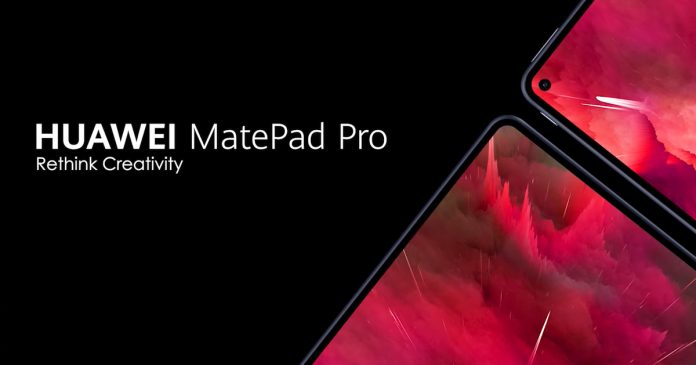 Part of the trio of devices that Huawei announced yesterday is the Huawei MatePad Pro, a device that we feel is one of the best Android Tablet offerings in the market right now. Portable, powerful and with enough bells and whistle it would make you consider a tablet as a quick replacement for your laptop. 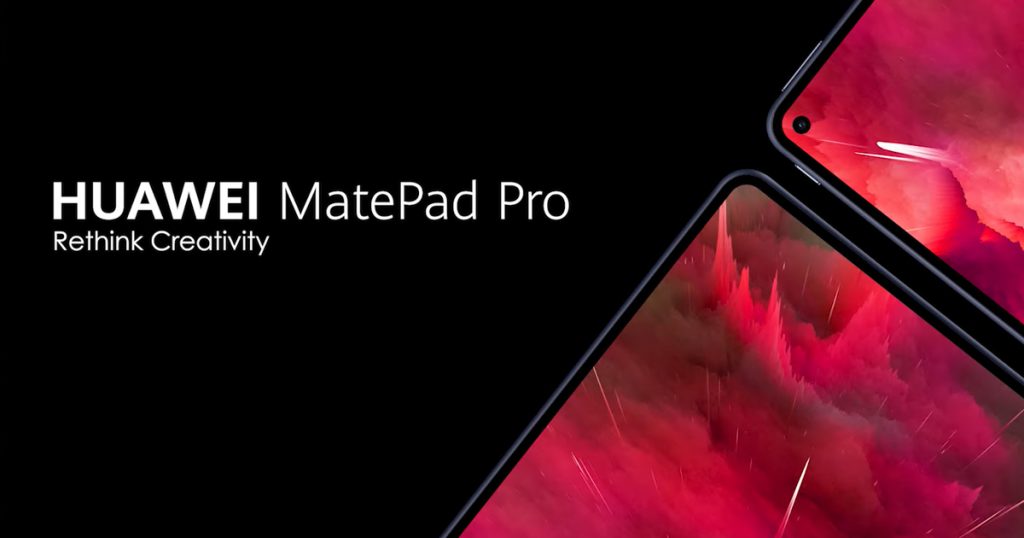 Weighing just under 500g, the Huawei MatePad Pro is a powerhouse tablet rocking Huawei’s latest (or relatively latest) SoC, the Kirin 990 – a chipset we first saw with the all-powerful Huawei Mate 30 Pro. The 7nm chipset enables to the device to run various apps in blazing-fast speed and manage power consumption as well. Couple this with the first 16-core Mali-G76 PU (with GPU Turbo), and you’ve got a processor and a GPU built to entertain! Powering alongside this is 6G of RAM and 128G of internal storage with the possibility of expanding the storage space by 256G via Nano Memory Card. 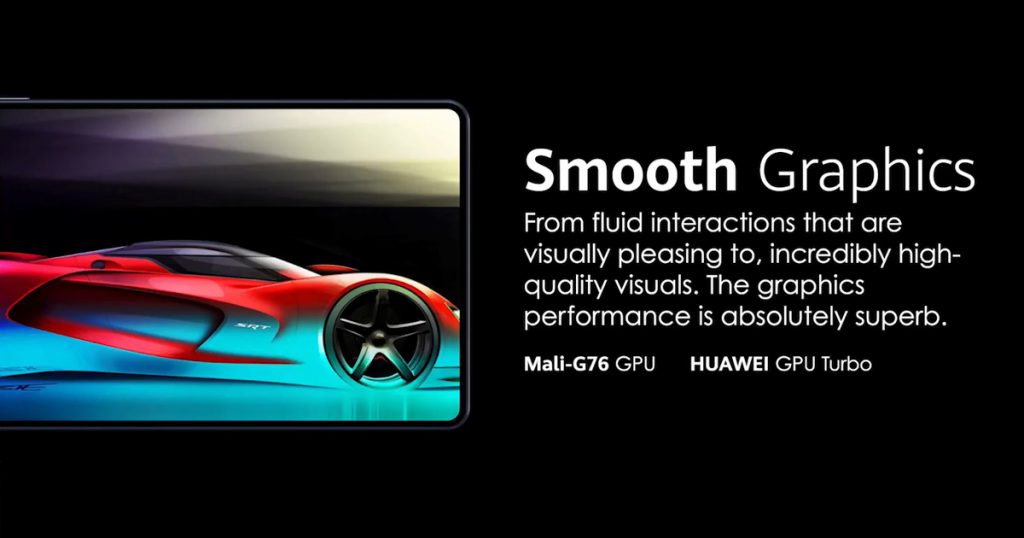 The Huawei Mate Pad Pro also has 4G capabilities allowing you to bring this device anywhere you go. Sure you can hook it up to WiFi as well and it responds to both 2.4GHz and 5GHz band. 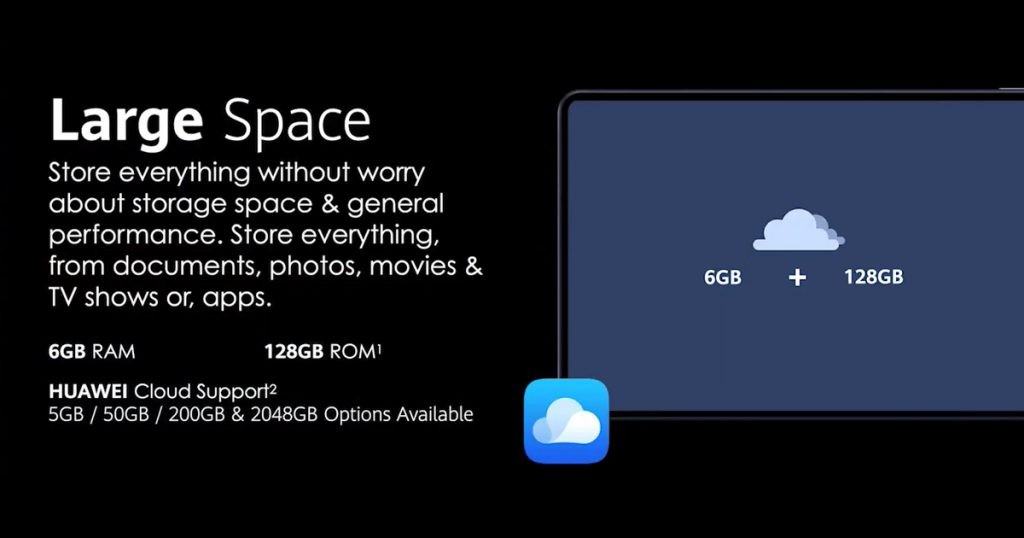 On the overall aesthetic, the Huawei MatePad Pro has a whopping 10.8-inch IPS Touch display (2560×1600 resolution) with DCI-P3 Cinematic Color gamut that produces great color and contrast. The device is also the first Android Tablet to rock a Punch Display camera which opens the screen more so you have a 90% screen-to-body ration. 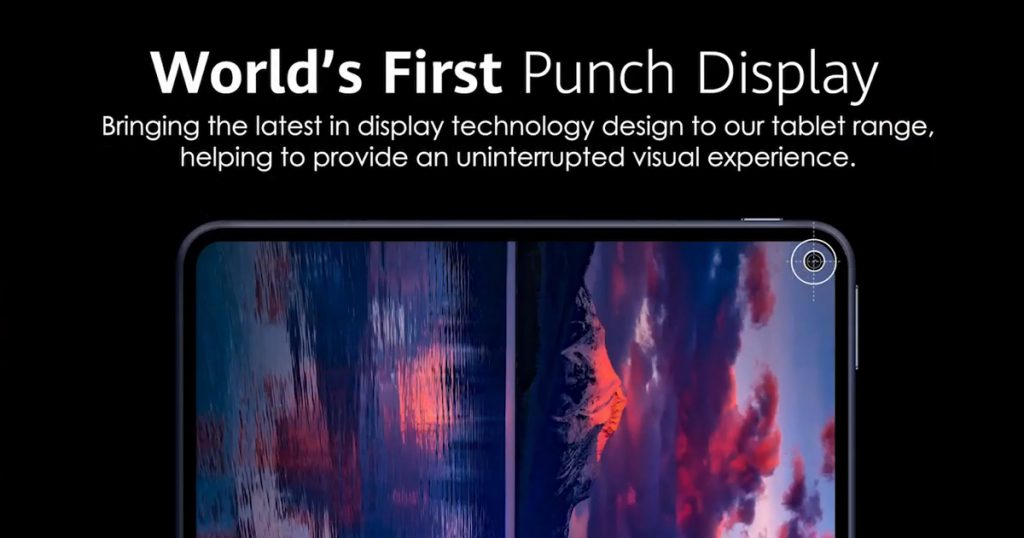 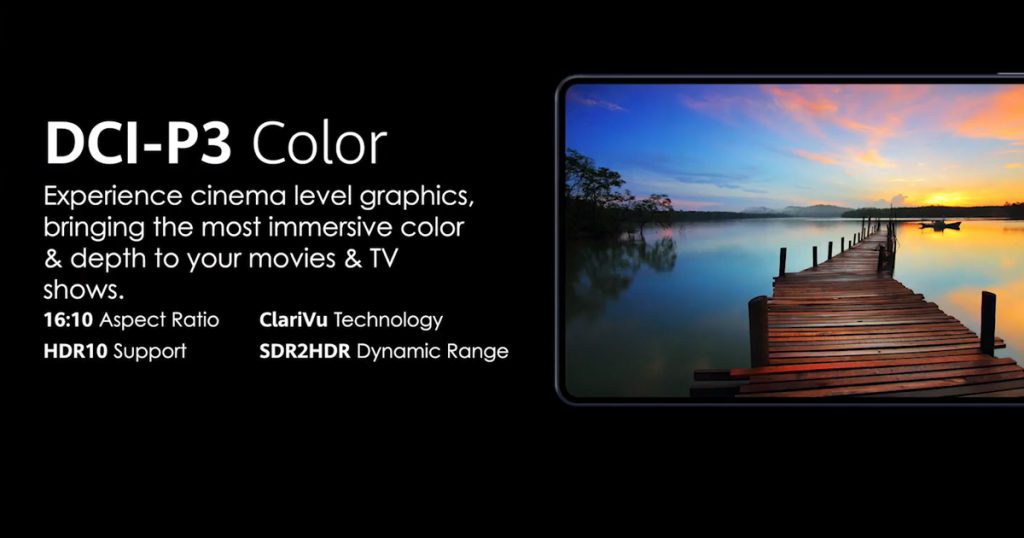 Add a good Four (4) -speaker channel for a simulated surround sound experience and Five noise-cancelling mics and you’ve got yourself an entertainment tablet that’s great for binge watching AND for managing online meetings. Sure the cameras are no Mate 30 or P40 caliber but they should be decent enough to get the job done (MatePad Pro has an 8MP Front-Facing Camera and a 13MP Rear Camera module). 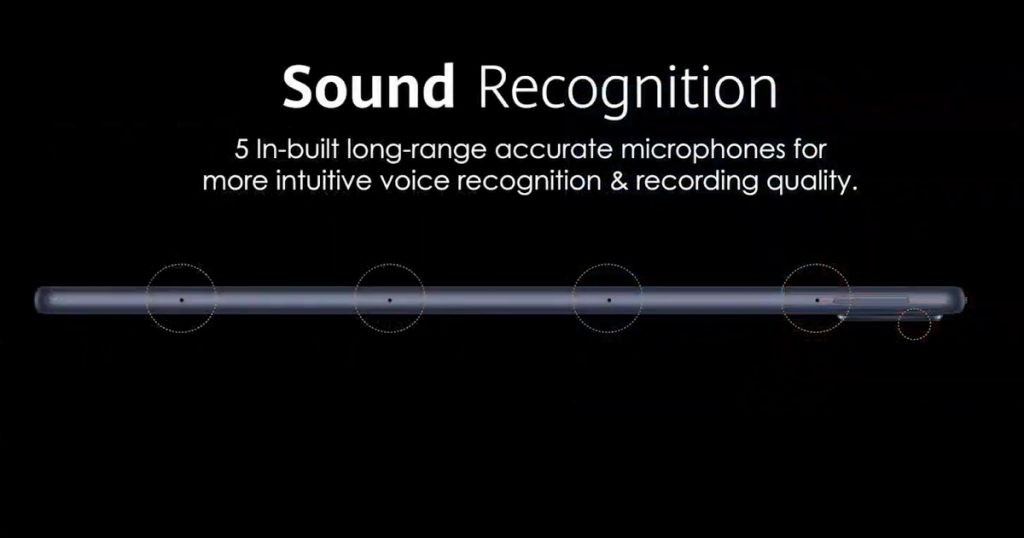 Having a large display allows you to ideally do more out of your daily tasks and this is where Huawei MatePad Pro’s EMUI 10 comes into to play. Mutliscreen collaboration, check; mutli-app window usage, check. The MatePad Pro even has a Desktop mode which simulates an almost windows-like user interface which we’re all quite familiar with. And when you couple that with a nifty NFC-powered easy snap-on keyboard cover, you’ve got a productivity machine without needing to lug around a huge-ass machine. 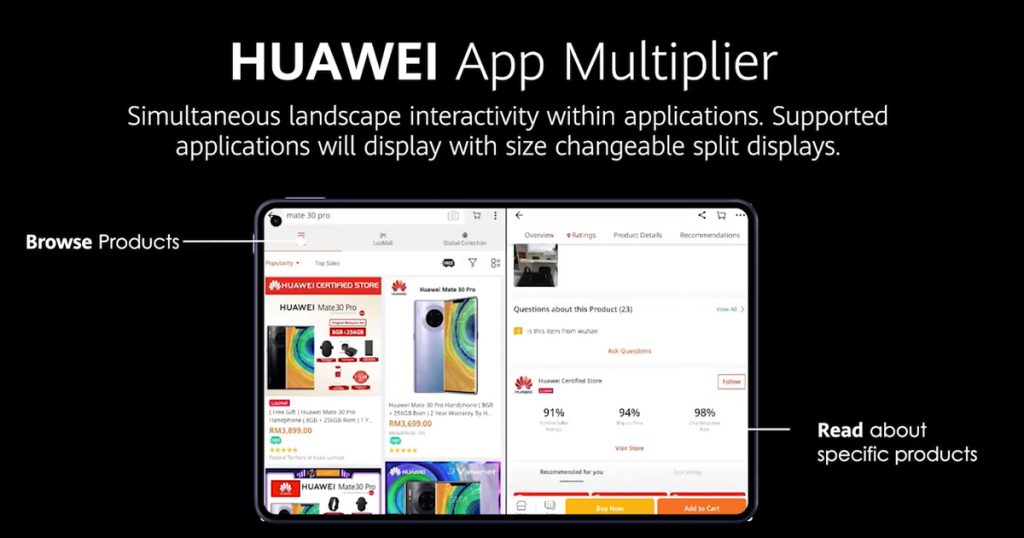 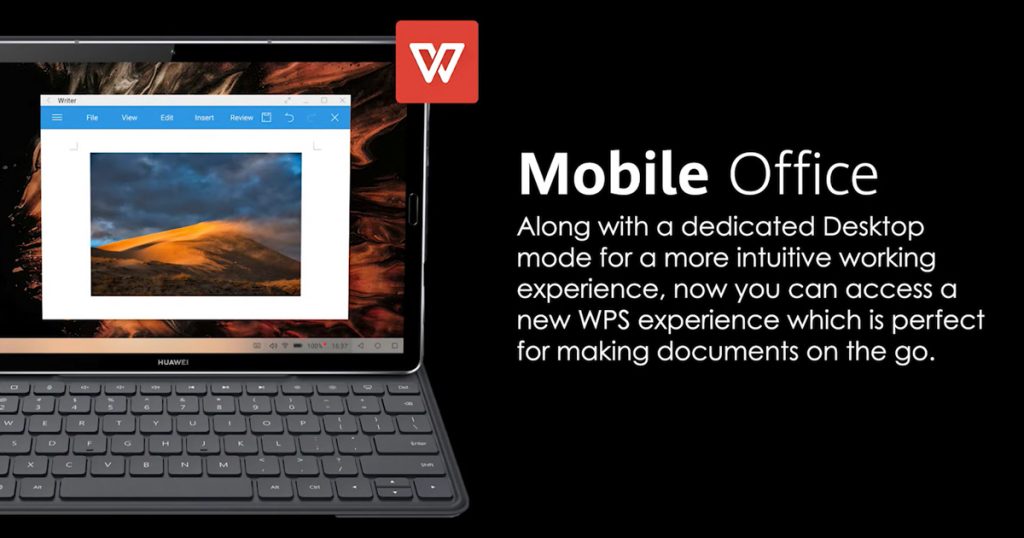 Speaking of accessories, one of the main highlights of the Huawei MatePad Pro is the synergy between that and the newly released M-Pencil, Huawei’s proprietary stylus. The M-Pencil builds upon the M-Pen and adds a few nifty upgrades like lower latency for more accurate writing, sketching and digital painting. There’s even a tilt function for accurate shading. SHADING! Personally I cannot wait to try this one out.

If you need to charge the M-Pencil, simply put it on top of the Huawei MatePad Pro  and watch some charging magic happen. 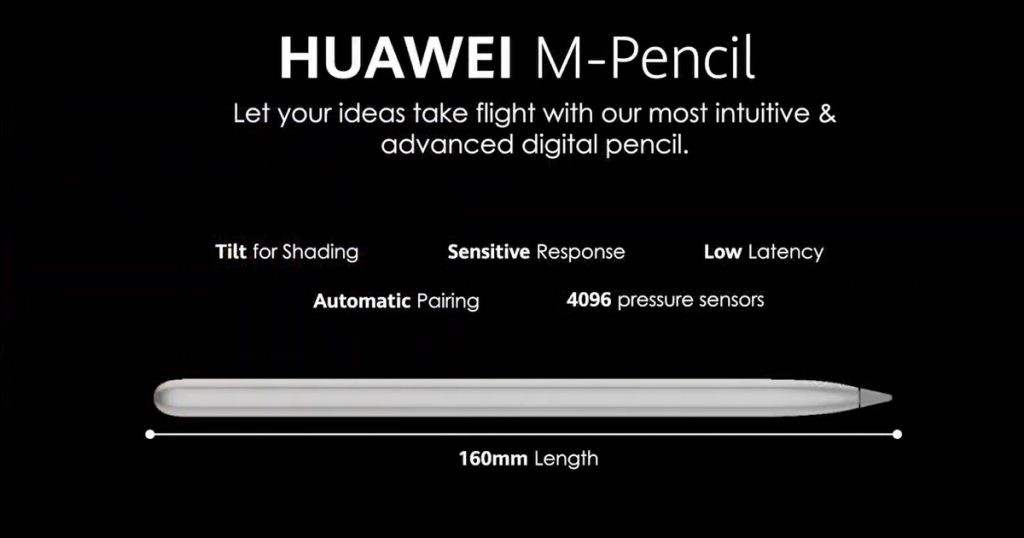 Aside from all of these, the best part about the Huawei MatePad Pro is it’s price! Packing with so much tech goodies, it’s a marvel how they were able to price the device so competitively! The SRP of the Huawei MatePad Pro 4G skims just below Php 33,000 at Php 32,990 and if you pre-order the unit from April 15 to April 24, 2020 you get a bunch of essentials amounting to Php 14,980. Yup! This includes the Huawei Keyboard and the all-important Huawei M-Pencil! By far this is the most sulit pre-order pack among those announced yesterday! 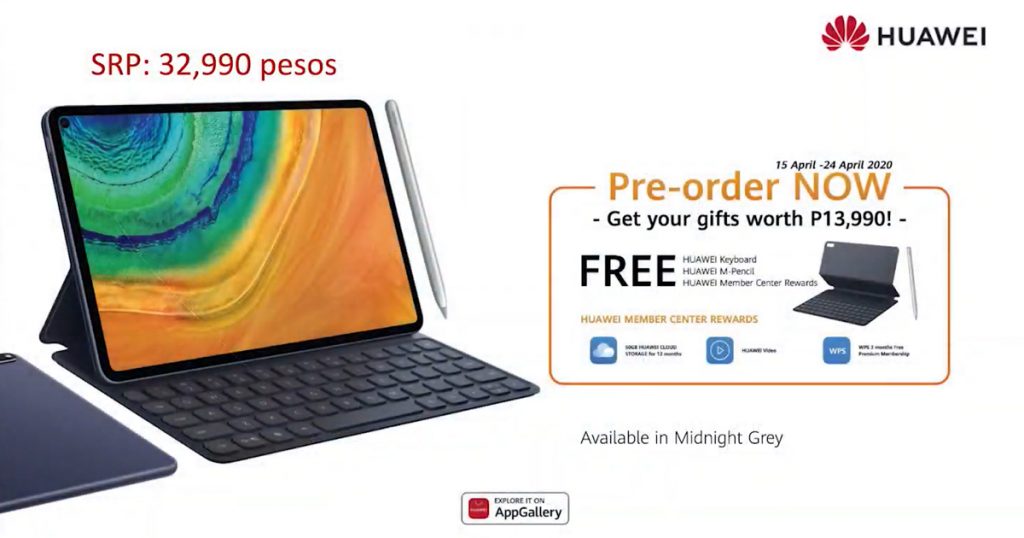 - Advertisement -
Previous article
Check out these My Hero Academia outfit codes for Animal Crossing: New Horizons
Next article
Crysis Remastered is coming soon to PC, PS4, Xbox One, and Switch