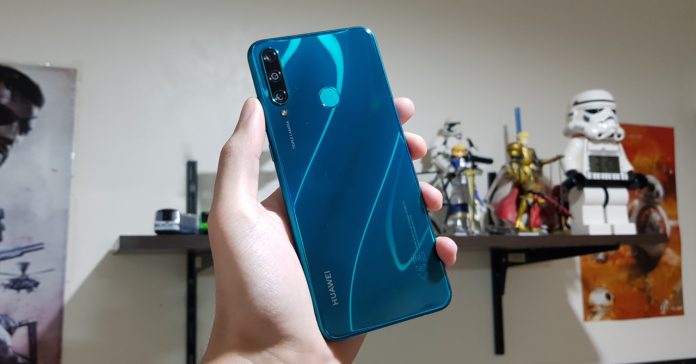 Last week, we got our hands on the Y6p, a new budget smartphone from Huawei. While Huawei has released several Y-series phones already since the start of the year, the Y6p is the most affordable. Even though it packs an incredibly budget friendly price tag, the Y6p still packs some interesting features such as a triple camera setup, as well as a massive battery.

On paper, the Y6p offers great value. But does it hold up in actual use? Find out here in our full review of the Y6p! 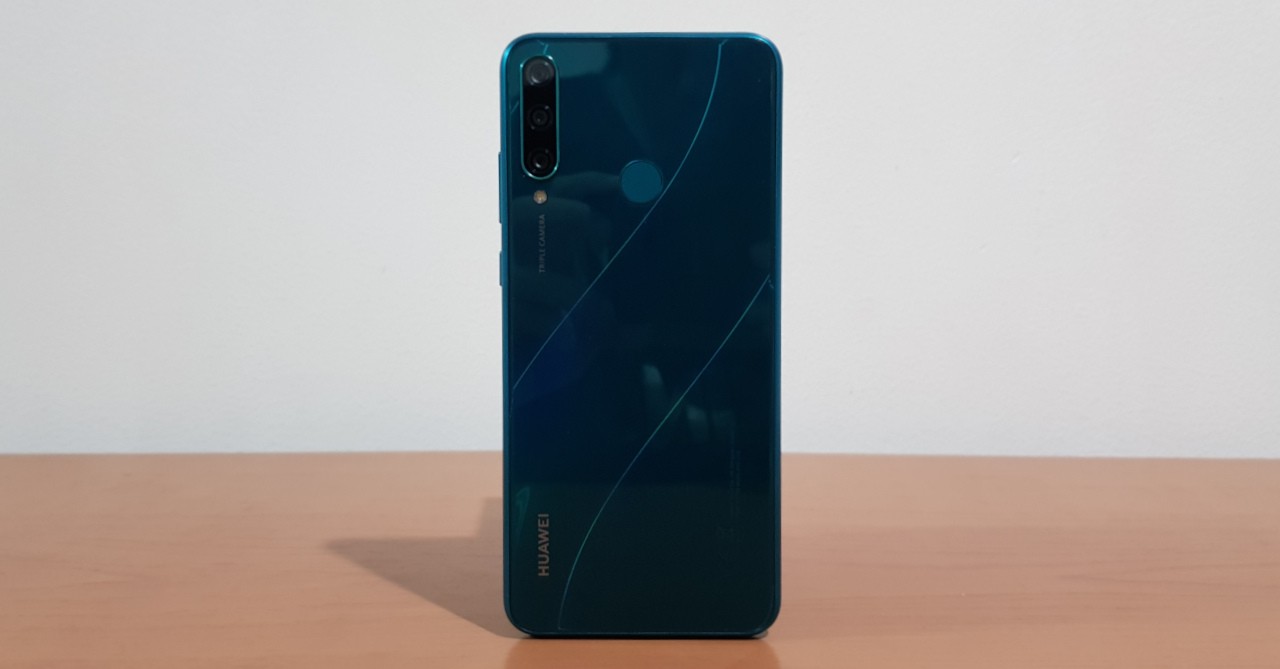 Even though it’s a phone that costs well under PHP 10k, the Huawei Y6p doesn’t look cheap at all. In fact, the Y6p is a beautiful smartphone thanks to its glossy back with eye-catching reflective effect. The glossy finish does make the phone feel a bit slippery; good thing the sides have a matte finish to give users a better grip. 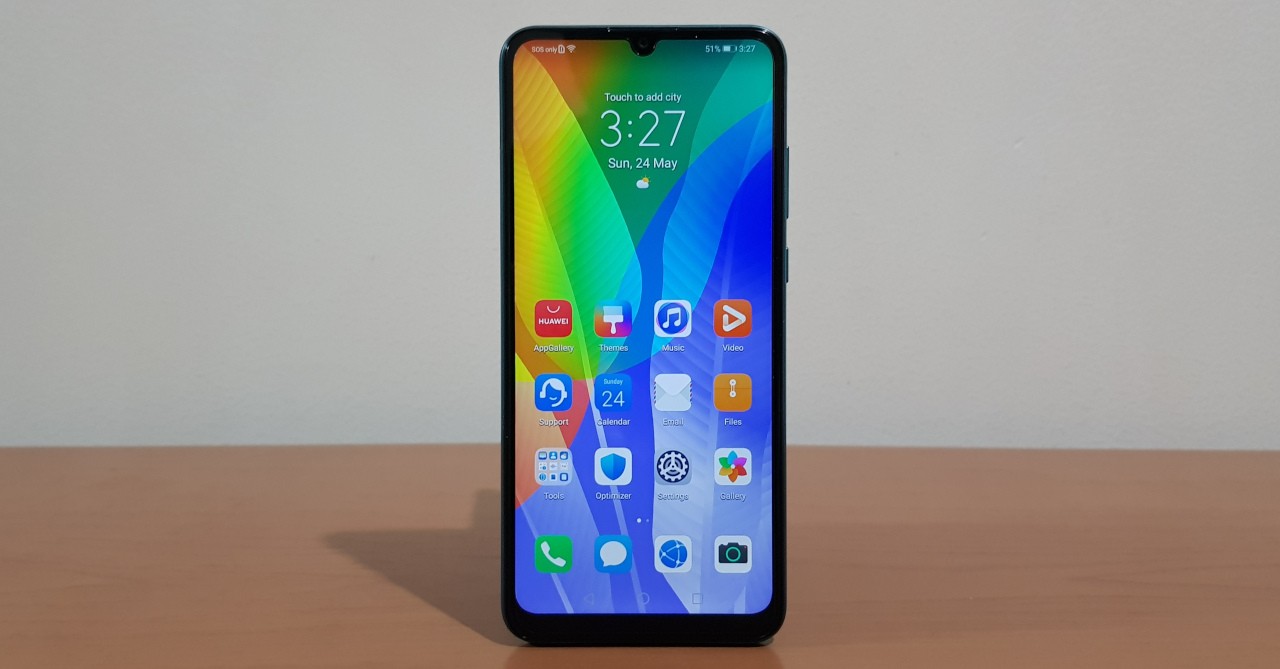 At the front, you’ll see the Y6p’s 6.3-inch screen, complete with minimal bezels and a tiny notch up top. While it doesn’t look all that different from most smartphones released today, I appreciate the fact that it only has a tiny notch instead of a larger, iPhone-style notch. 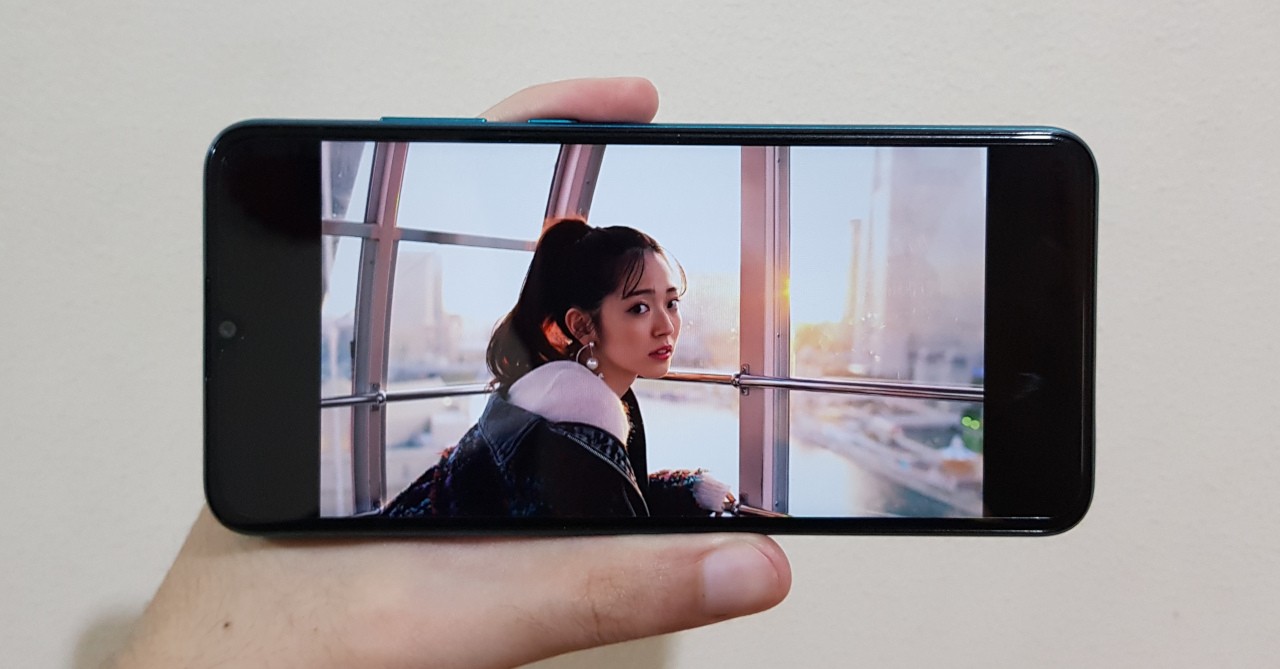 The Huawei Y6p’s 6.3-inch display has a 720p HD+ resolution, meaning it’s not the sharpest smartphone display out there. That’s not to say the Y6p’s display is bad though; it’s actually pretty good for binge-watching. Whether you always watch movies, or if you love going through an anime season a day, the Y6p is a great match thanks to the bright output and good colors of the phone’s screen.

As for its onboard audio, the Y6p’s single, bottom-firing speaker does get pretty loud, but sound quality isn’t the best. If you’re just going to watch a couple of YouTube videos, the Y6p’s speaker will do the trick. Though if you’re planning a longer binge-sessions, I’d recommend external speakers or headphones.

The Huawei Y6p is powered by a MediaTek Helio P22 processor, a system on a chip that has been used in a number of smartphones already. When the Helio P22 was first released, it was quite powerful; but it’s been nearly two years since the P22 was announced, meaning this isn’t exactly a new processor. So does it still have what it takes for mobile gaming? 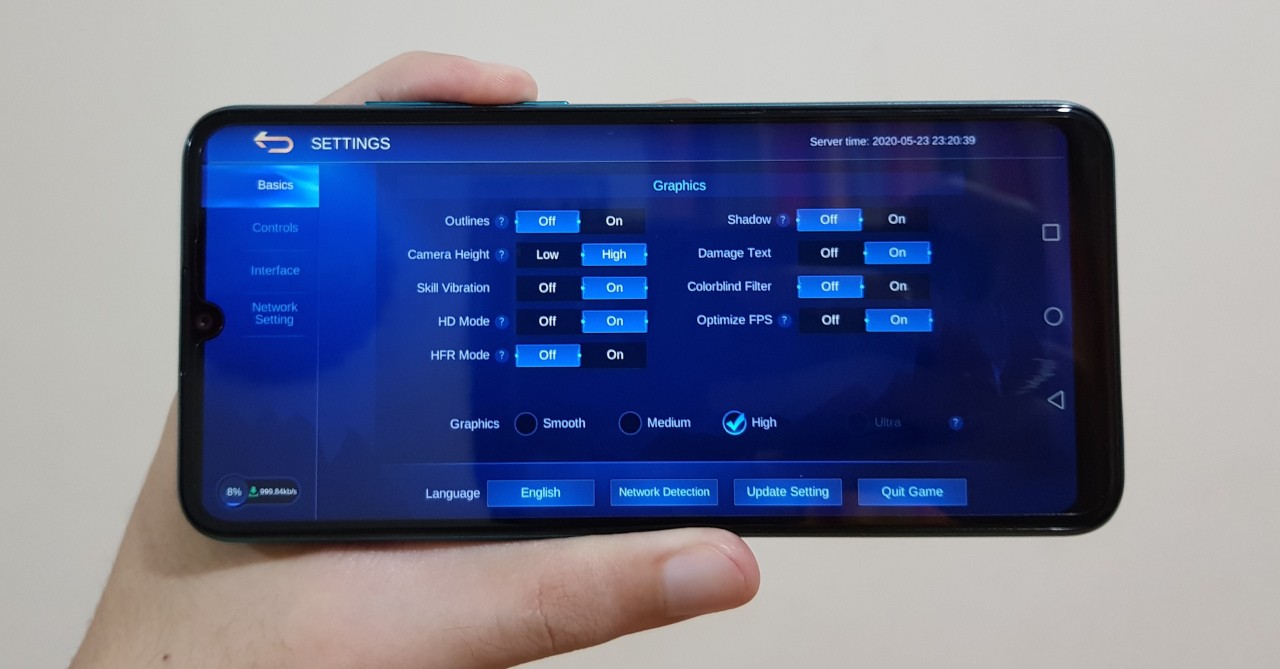 Actually, it does! For example, the Helio P22-powered Huawei Y6p has enough power to run Mobile Legends: Bang Bang at the High graphics settings. At High settings, ML:BB gameplay was still smooth and had a consistent framerate. So if you usually play less demanding titles, the Y6p is a good option. 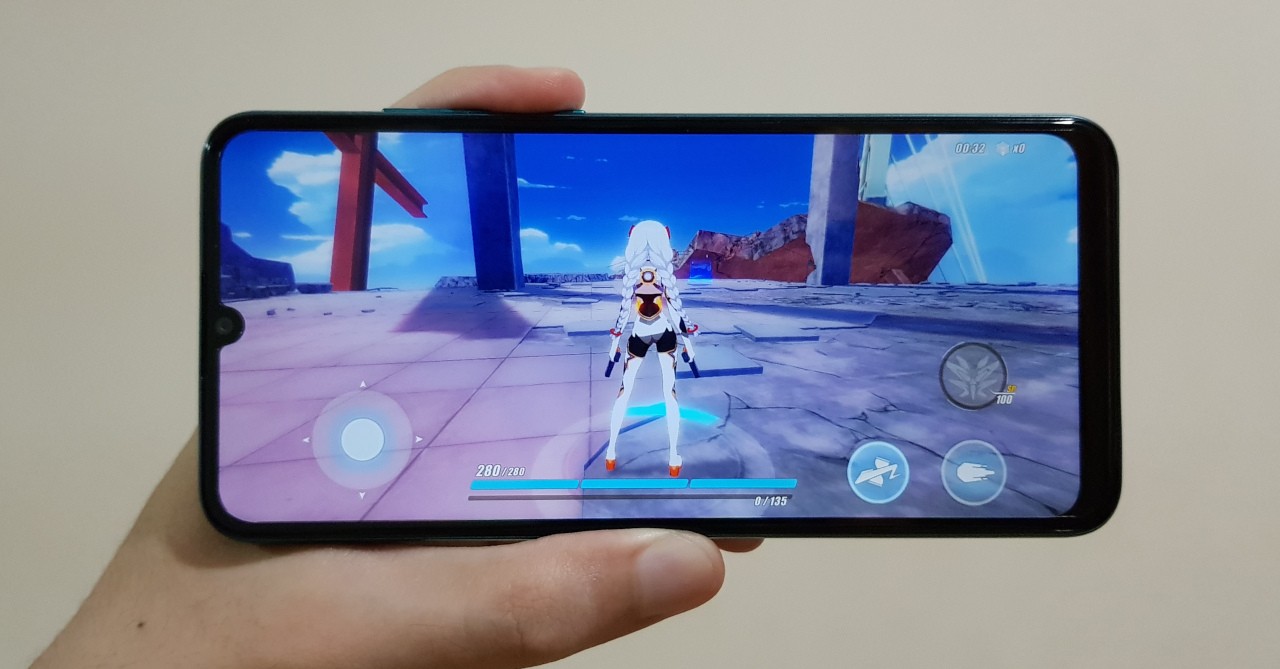 The Huawei Y6p can also run more hardware-intensive titles, albeit at lower graphic settings. Asphalt 9 for instance was able to run smoothly, but only at the low graphics settings. Meanwhile, Hokai Impact 3rd was also able to run on the phone, but there were noticeable dips in framerate.

Now we move on to the cameras. The Huawei Y6p packs a 13 MP f/1.8 main + 5 MP f/2.2 ultrawide + 2 MP f/2.4 depth sensor triple rear camera setup. Meanwhile, at the front is an 8MP f/2.0 selfie shooter. This camera setup is what you’d usually see in budget smartphones today, and it performed just as I expected.

Using the 13MP main camera, the Y6p was able to capture good photos in daytime while outdoors. Photos taken under great lighting conditions turn out great, with images having a solid amount of detail and colors having a nice pop to them. Indoor shots are also good with the Y6p, though you have to keep your hands steady as some indoor snaps may turn out a bit blurry.

The main camera does struggle in low light conditions though. While you may be able to get usable night shots with the Y6p, more often than not, low light photos will just be too dim. In case you’re wondering, the Y6p doesn’t have a dedicated Night Mode.

The same can be said for the 5MP ultra-wide camera. In great lighting conditions, you’ll be able to snap some decent photos with the Y6p’s ultrawide. Though it’s not gonna take good low light photos for the most part.

Selfies using the 8MP front camera are detailed enough, though the colors are a bit flat. On the flip-side, the 2MP portrait camera works well for taking great portrait photos with a good background blur effect.

Even though the Y6p packs a slightly older processor, the Huawei Y6p has enough power to run day-to-day apps with ease. Whether you always check social media, or routinely send work emails, the Huawei Y6p will run smoothly and without any hiccups for the most part.

Aside from generally good day-to-day performance, what makes the Y6p even better is that it has a massive 5,000mAh battery. Thanks to this large battery, I was able to use the Y6p for nearly two days in just a single charge. Of course, that was in my time with the phone; though even if you use it heavily, it’ll probably still last for well over a day on a single charge. 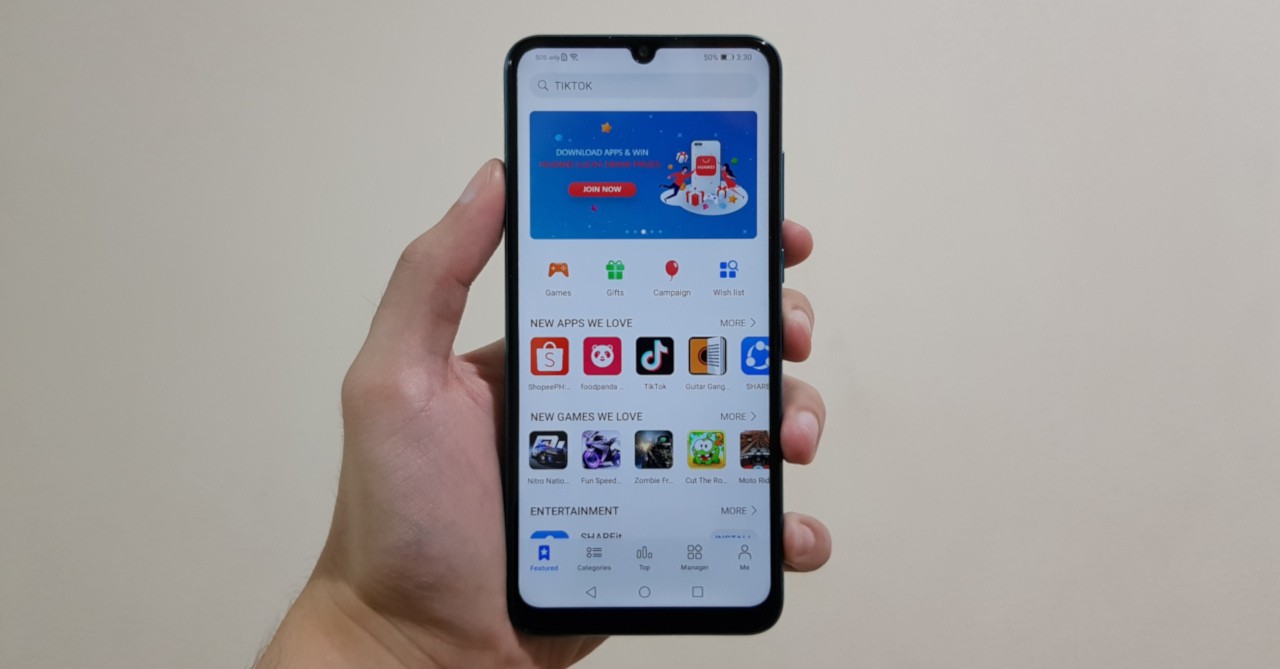 To download apps, the Huawei Y6p features the AppGallery, Huawei’s own app store. Right now, there are already lots of popular apps on the AppGallery such as Lazada, Shopee, Foodpanda, TikTok, PayMaya, GCash, and many more. If ever you do need an app that’s not on the AppGallery, you can download them at third-party apk stores such as APKPure or APKmirror. Check out our guide if you need more info. 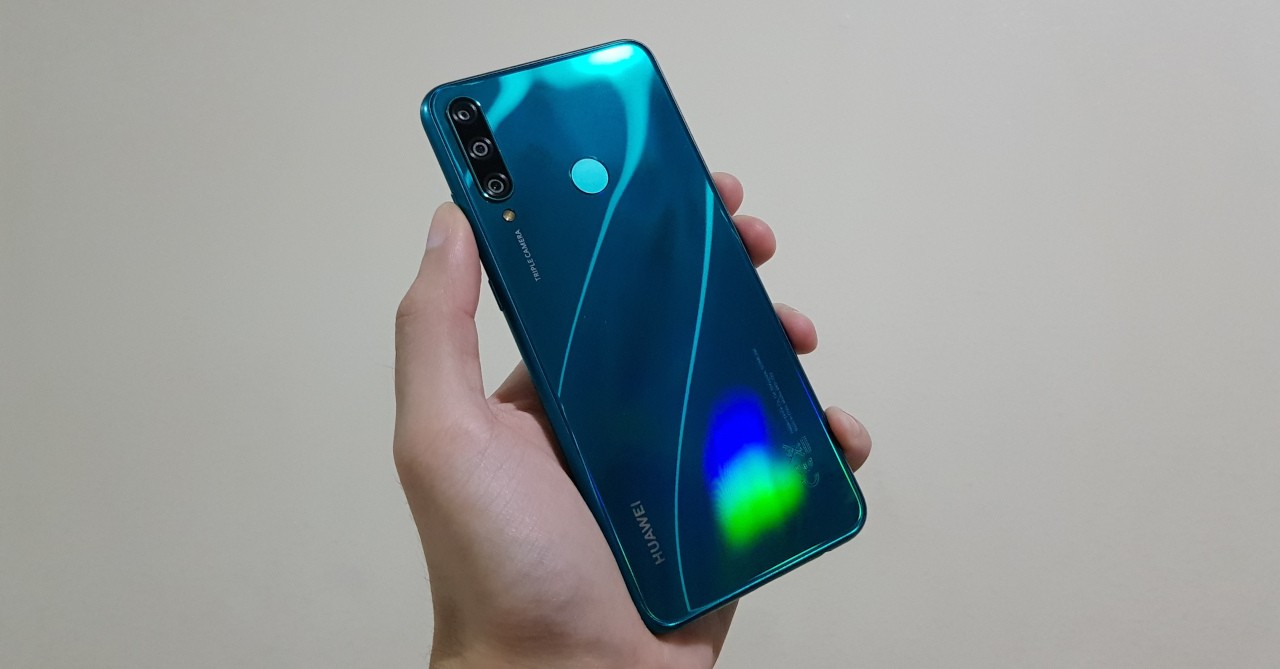 Overall, the Huawei Y6p is a pretty good budget option. For only PHP 5,990, you’ll get a phone with an eye-catching design, good gaming/day-to-day performance, and a long battery life. Aside from these, the Y6p’s cameras and display are good enough for a budget phone.

Taken on its own, the Y6p is a great deal. The thing is, the budget smartphone market is filled with lots of bang-for-buck options. In terms of raw power, there are other phones in the Y6p’s price range that beat it out. At the end of the day though, you can’t really go wrong with the Huawei Y6p.