One of the best mid-range deals this year! 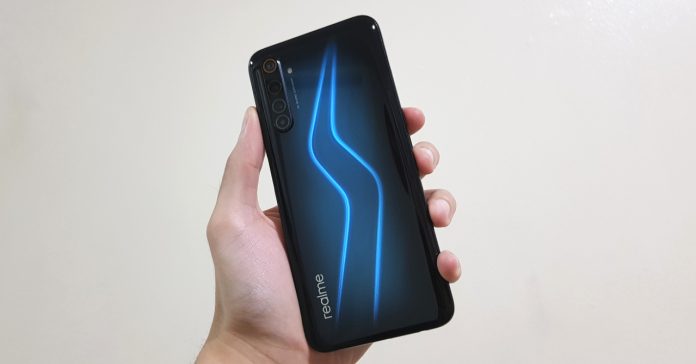 Last week, I got my hands on a realme 6 Pro, a promising new mid-ranger from realme that packs some features that you’ll only see in flagship devices, all at a price tag that’s much more affordable. I was already impressed with the 6 Pro when I first got it, and now after more time with the phone, I can confidently say that it’s one of the best bang-for-buck smartphones you can get right now!

Wanna know why? Read on for our full review of the realme 6 Pro! 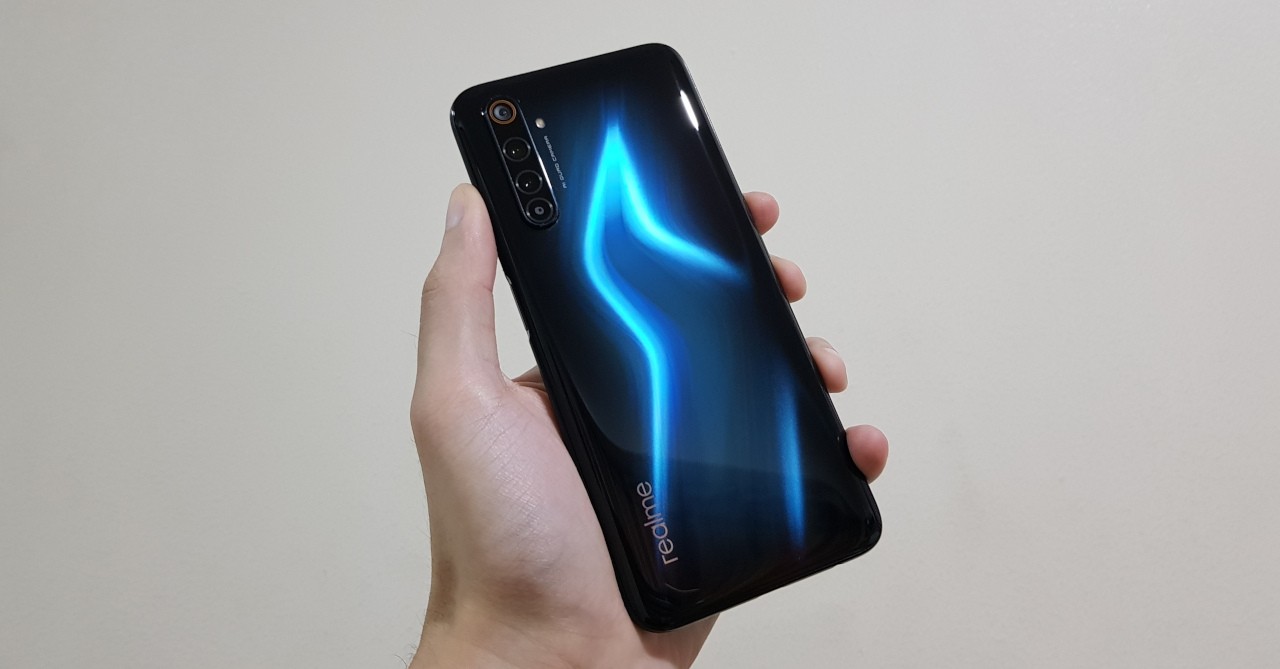 First, let’s talk about the phone’s design. While realme is no stranger to having uniquely-designed devices, the relame 6 Pro is quite a step up. Much like other recently-released mid-rangers, the 6 Pro has a back that features an interesting pattern that shifts depending on your viewing angle. But what makes the realme 6 Pro unique is that it manages to have a 3D-like effect, with the back design having a certain depth to it.

In the Lightning Blue colorway, the realme 6 Pro looks eye-catching. But aside form just looking great, the 6 Pro also feel premium. Even though it has a plastic frame, the 6 Pro’s back is made of glass, giving it a great in-hand feel. 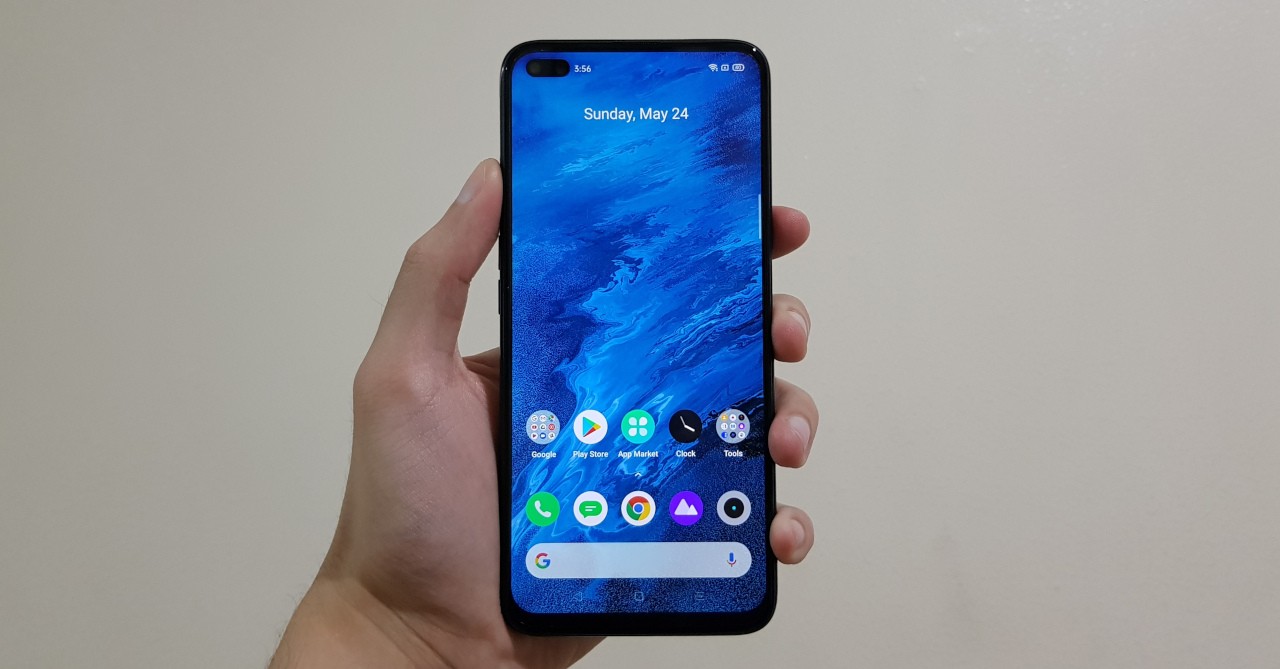 The realme 6 Pro’s 6.6-inch screen is also a stand-out, and not just in terms of design. Sure, the holepunch notch and minimal bezels make it look great, but what truly elevates it is the 90Hz refresh rate — a feature that’s usually only found in more expensive flagship phones. If you’ve never used a phone with a 90Hz refresh rate screen, you’re likely going to be spoiled by how smooth it looks in use.

To cap it off, the realme 6 Pro’s screen is protected by Corning Gorilla Glass 5. Thanks to this, the 6 Pro’s display should be protected from most scratches. 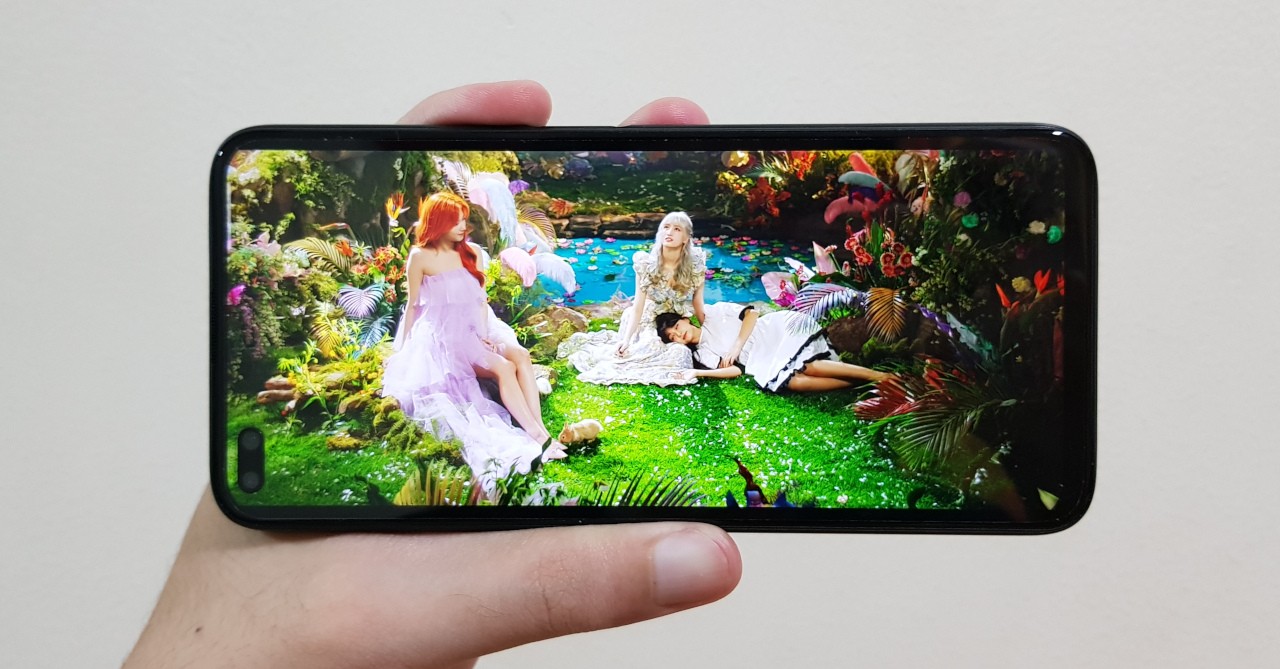 Speaking of the display, the 6 Pro’s 6.6-inch screen uses an LCD panel and has an FHD+ (1080 x 2400) resolution. While it’s not an AMOLED panel, the realme 6 Pro is sharp and has good colors, making it a great pair for binge-watching. Whether you’re having a movie marathon, or watching music videos of your favorite artist on YouTube, the realme 6 Pro should fit the bill for your video-viewing needs.

For its onboard audio, the realme 6 Pro has a single bottom-firing speaker with good enough sound quality, even at max volume. The trade-off is that the speaker doesn’t get that loud. So if you’re planning to binge-watch on the 6 Pro, headphones/external speakers are recommended. 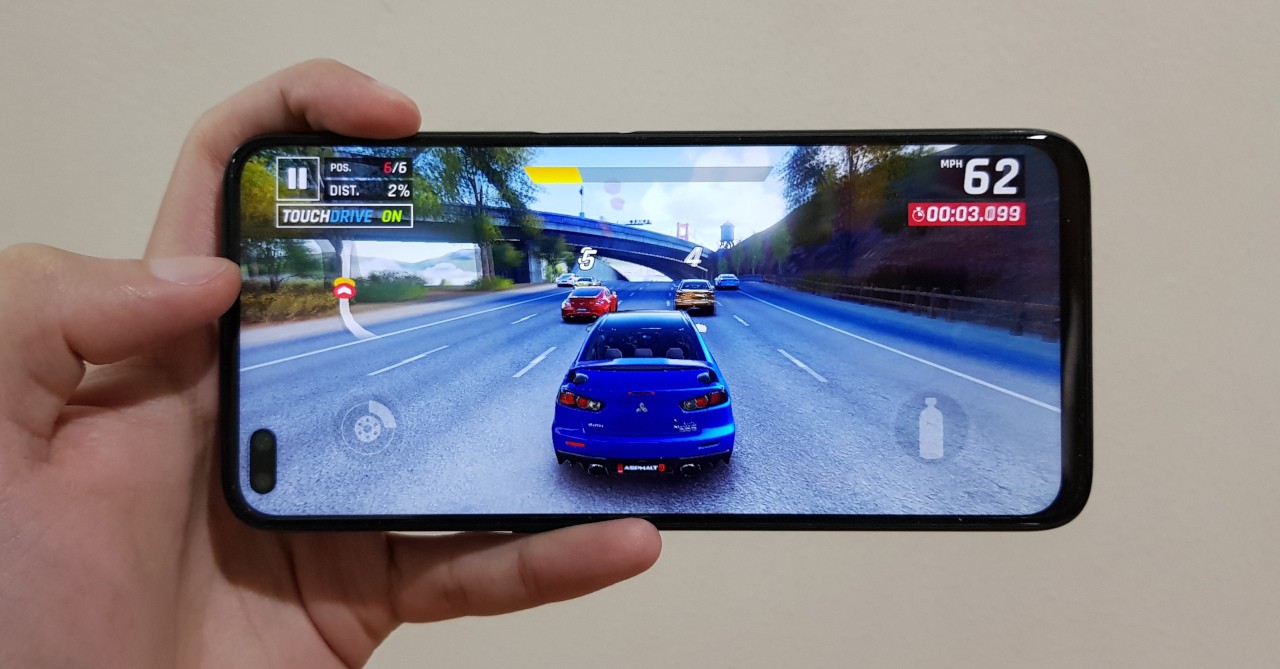 Ever since realme landed in the Philippines back in 2018, the brand’s mid-range offerings have all been great gaming devices, and the realme 6 Pro is no different. Thanks to the new Snapdragon 720G processor (that’s made for mobile gaming), the realme 6 Pro was able to handle nearly every game I tested with ease; be it popular titles such as Mobile Legends: Bang Bang, to more demanding games like Asphalt 9 and Call of Duty: Mobile.

For its cameras, realme packed the 6 Pro with a quad camera setup consisting of a 64MP main, a 12MP telephoto (2x), an 8MP ultra-wide, and a 2MP macro camera. At the front meanwhile is a 16MP + 8MP ultra-wide dual selfie camera setup.

While a quad camera setup is nothing new at this point, nearly all mid-rangers with four rear cameras do not have a telephoto shooter, and that’s were the 6 Pro has the advantage. Coupled with the phone having an extra ultra-wide selfie camera, the realme 6 Pro is a promising smartphone shooter on paper.

So does it deliver in actual photgraphy? It does! Firstly, the phone’s 64MP main camera captures shots with lots of detail and vibrant colors, especially in daytime. Indoors, the phone’s main camera also does well, with shots still being detailed and sharp.

Thanks to the 12MP telephoto shooter, the realme 6 Pro is able to take 2x zoom shots without loss in detail, especially in daytime. At night though, the telephoto camera doesn’t do that well; though Night Mode does help a bit to brighten up low light shots.

Rounding out the quad camera setup is a 2MP macro camera. The 6 Pro’s macro shooter performs practically the same as previous realme macro shooters. Macro shots taken with this dedicated shooter are decent as long as there’s enough light.

For selfies, the realme 6 Pro does not disappoint. Aside from having a quality main selfie shooter, the fact that the 6 Pro comes with an extra ultra-wide selfie shooter is a plus, especially if you need to take “group selfies.”

Finally, the realme 6 Pro is also good for taking videos thanks to the Ultra Steady mode which makes for stable videos, even while moving. Though if that’s not enough, the 6 Pro even has an Ultra Steady Max mode which further stabilizes videos, but at the cost of slightly lower quality. 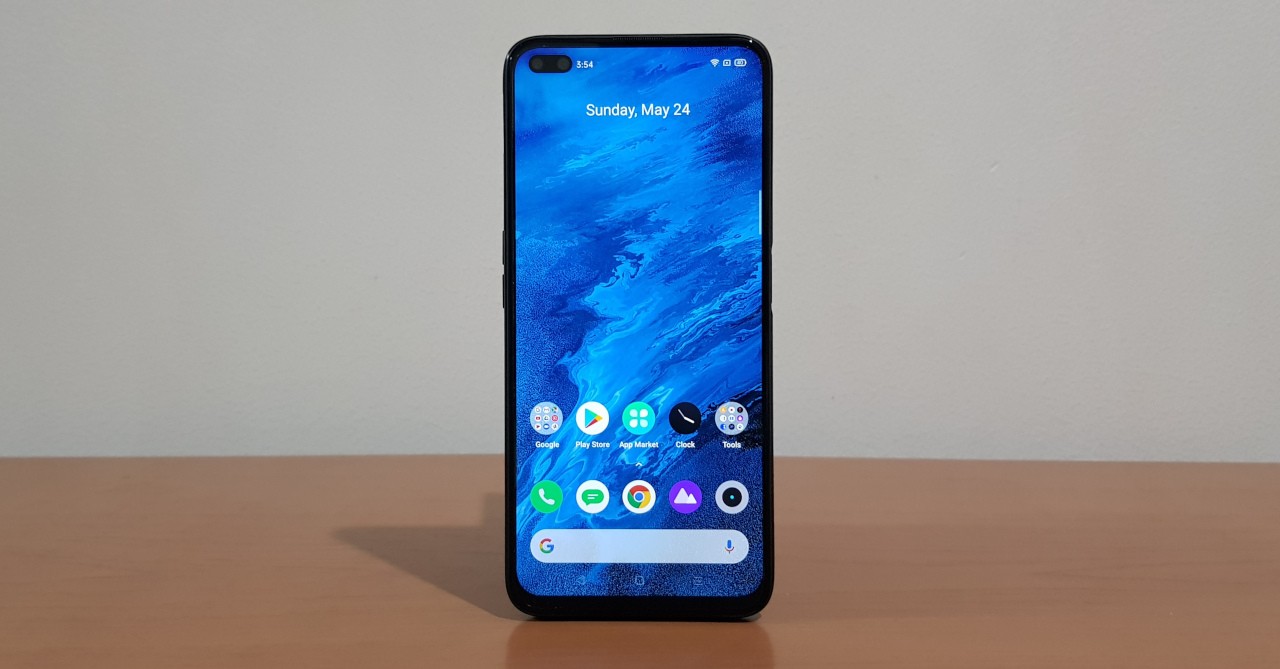 Thanks to its capable processor, the realme 6 Pro is not just a great gaming mid-ranger, it’s also an excellent phone for everyday use. Whatever app you may use in your day-to-day routine, the realme 6 Pro will have no problems running them. Every app I used just felt fast and responsive on the realme 6 Pro thanks to the powerful processor along with the buttery-smooth 90Hz refresh rate screen.

As for how long the 6 Pro will run, the phone should be able to last for over a day of medium-heavy use on a single charge. This is thanks to the phone’s 4,300mAh battery. If you do need to charge, the 6 Pro packs a VOOC 4.0 fast charger inside, meaning it can charge from 0 to 100 in just an hour.

Instead of having a back-mounted sensor, the 6 Pro’s fingerprint scanner is now mounted on the side. Don’t worry though, it’s still just as responsive as ever. 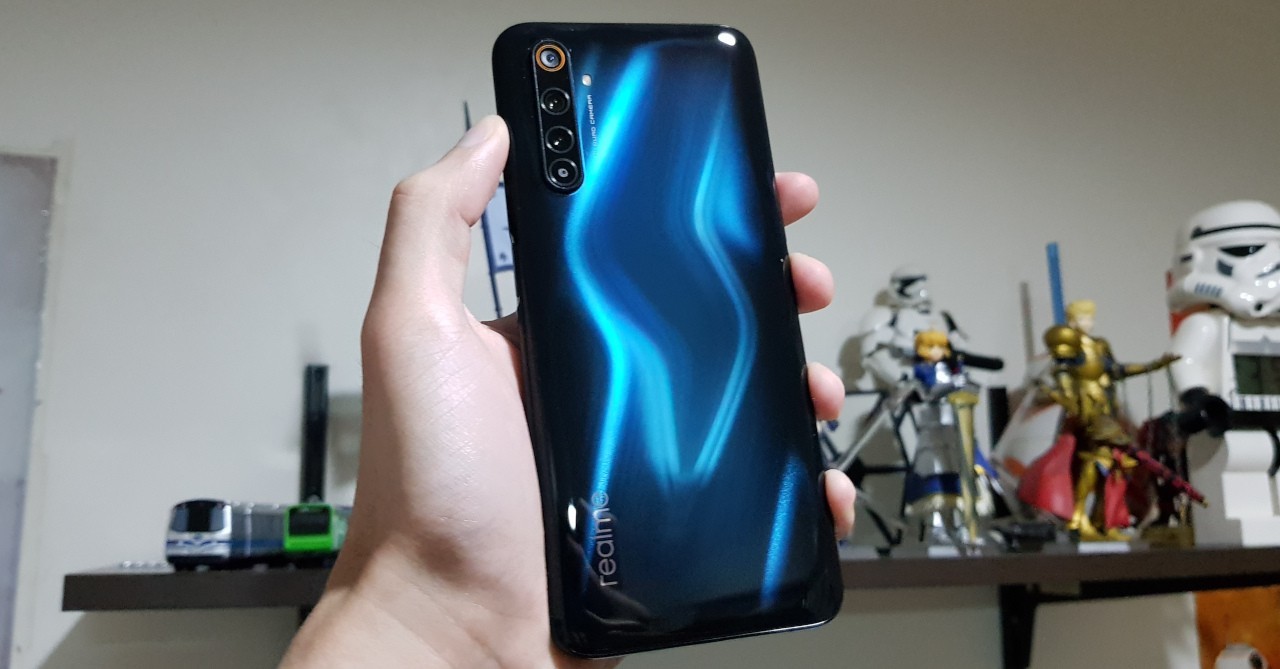 In my first impressions of the device, I compared the realme 6 Pro to the 5 Pro, but it turns out, that may not have been the best comparison. Given the 6 Pro’s SRP of PHP 16,990, a better comparison to make is with the realme XT which released in October 2019.

Overall, the realme 6 Pro is easily one of the best mid-rangers, and one of the best smartphone deals I’ve seen this year thanks to its various flagship-level features, all at a price tag that’s just under PHP 17k.