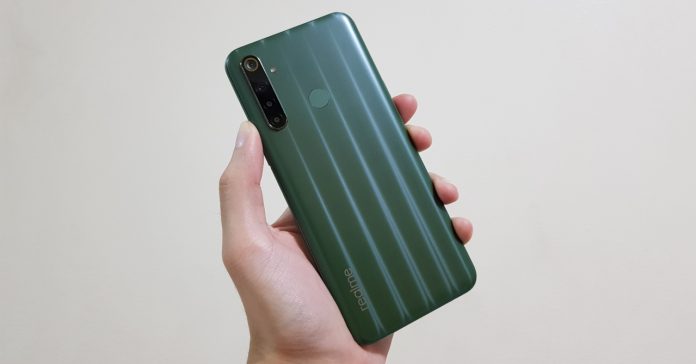 Last week, I was able to get my hands on the realme 6i, the latest budget smartphone from realme. Much like realme’s previous smartphone releases (such as the 5i and the C3), the 6i also has a price tag that’s under PHP 10k. What makes it stand out compared to realme’s other budget offerings is that it uses a promising new chipset, and it packs a quad camera setup with a 48MP main shooter. 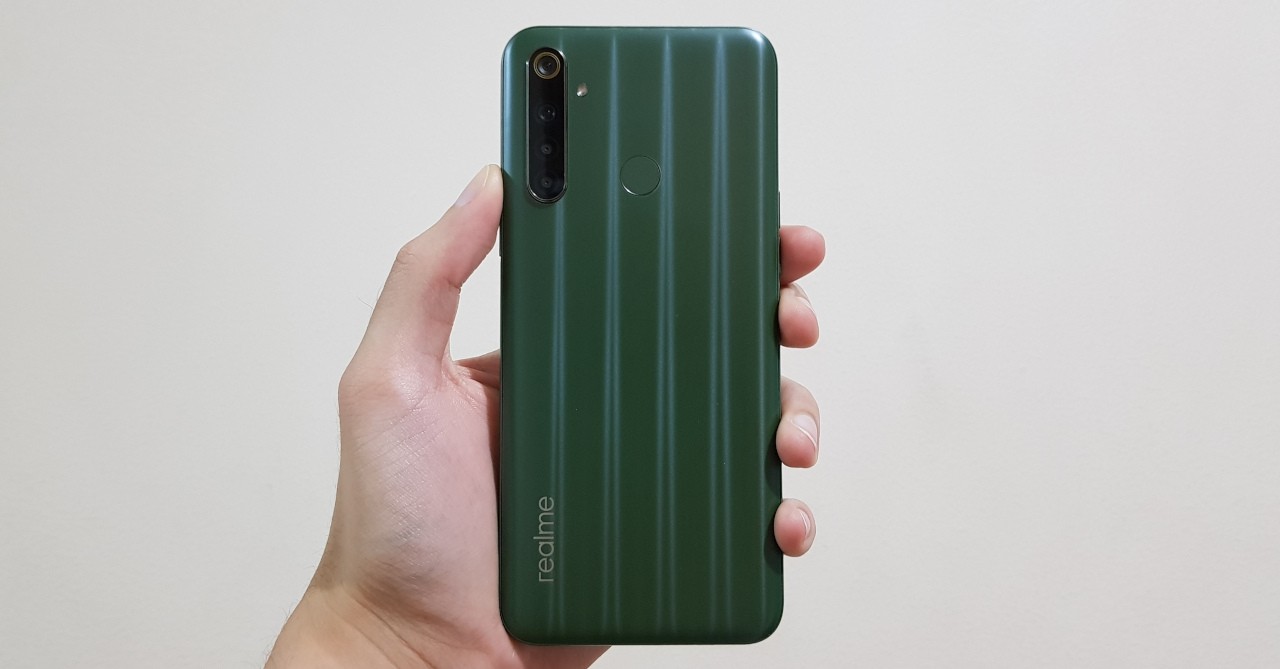 On paper, the realme 6i is a compelling budget option, especially when you consider the various features that it offers at an affordable price point. But does it stand up to actual use? Find out here in our full review of the realme 6i! 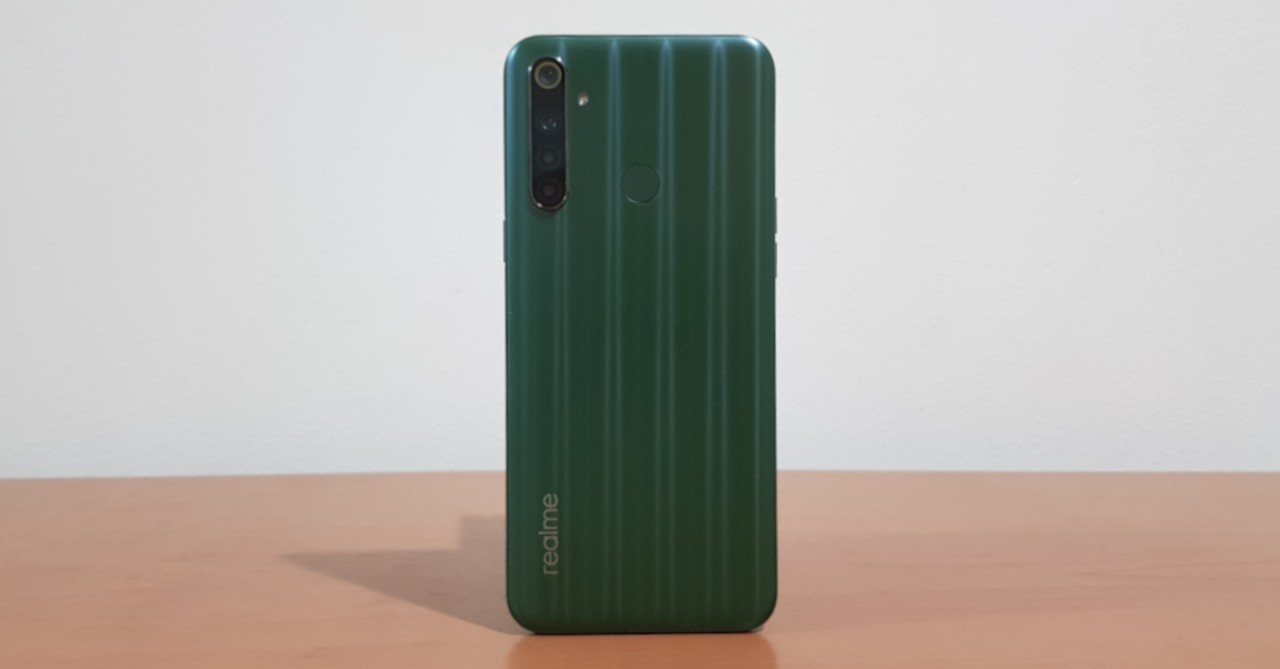 Similar to realme’s recent budget releases, the 6i features a matte plastic back that’s quite grippy. The matte finish also means that the 6i’s back is not a fingerprint magnet, great news if you like using your phone without a case (there is a free case inside the box if you need one). While the 6i may not use the most premium material, the realme 6i makes up for it with a unique and eye-catching design. Plus, I’m a fan of the phone’s “Green Tea” colorway. 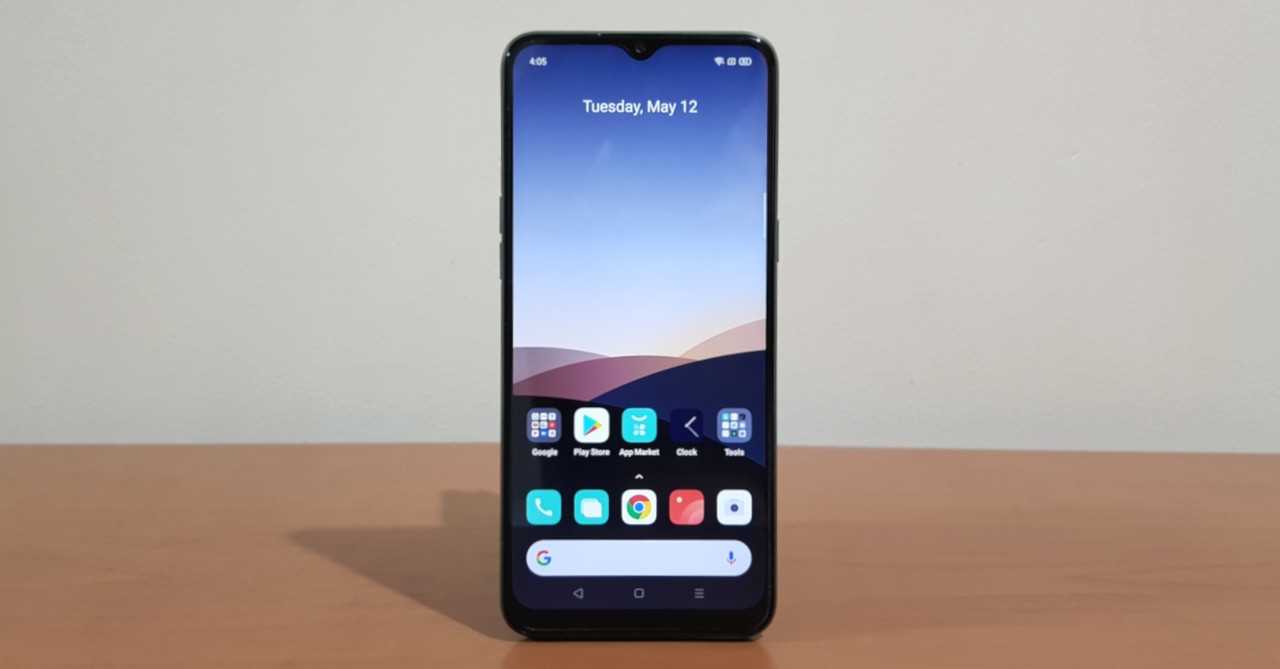 From the front, you’ll see the realme 6i’s 6.5-inch display along with a waterdrop notch that contains the phone’s 16MP selfie shooter. The screen is nearly the same size as the one used in the realme 5i, meaning both phones look quite similar when viewed from the front. Much like with the 5i, the realme 6i from the front is quite a good-looker for a budget phone. Aside from being good-looking, the 6i is also uses Gorilla Glass 3 for better scratch resistance. 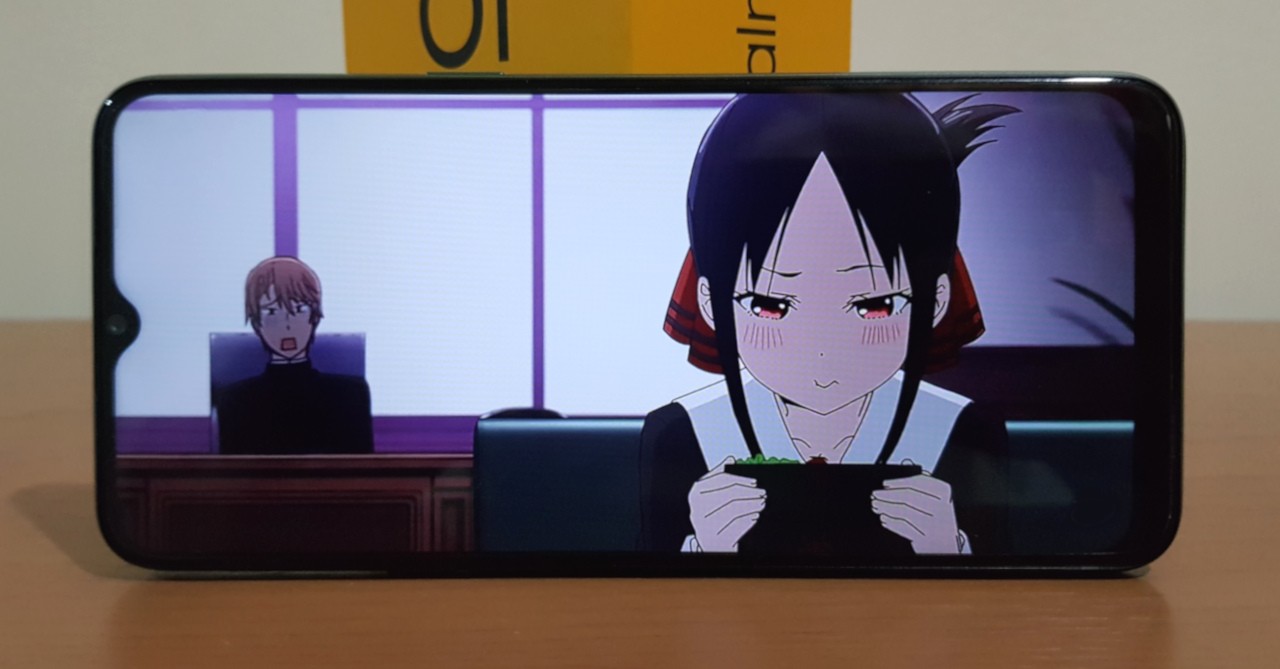 The realme 6i’s 6.5-inch screen has an HD+ (720 x 1600) resolution, so it won’t be the sharpest phone display out there for watching videos. While it doesn’t have a Full HD resolution, I still found it to be pretty decent for binge-watching movies, TV shows, or anime thanks to decent color output and brightness.

What I think needs improvement though is the phone’s onboard speaker. The realme 6i’s bottom-firing speaker does get fairly loud, but audio quality leaves a lot to be desired. While the speaker should be fine for watching some short videos, external speakers or headphones via Bluetooth or the phone’s 3.5mm headphone jack is recommended for longer movie/series viewing sessions. 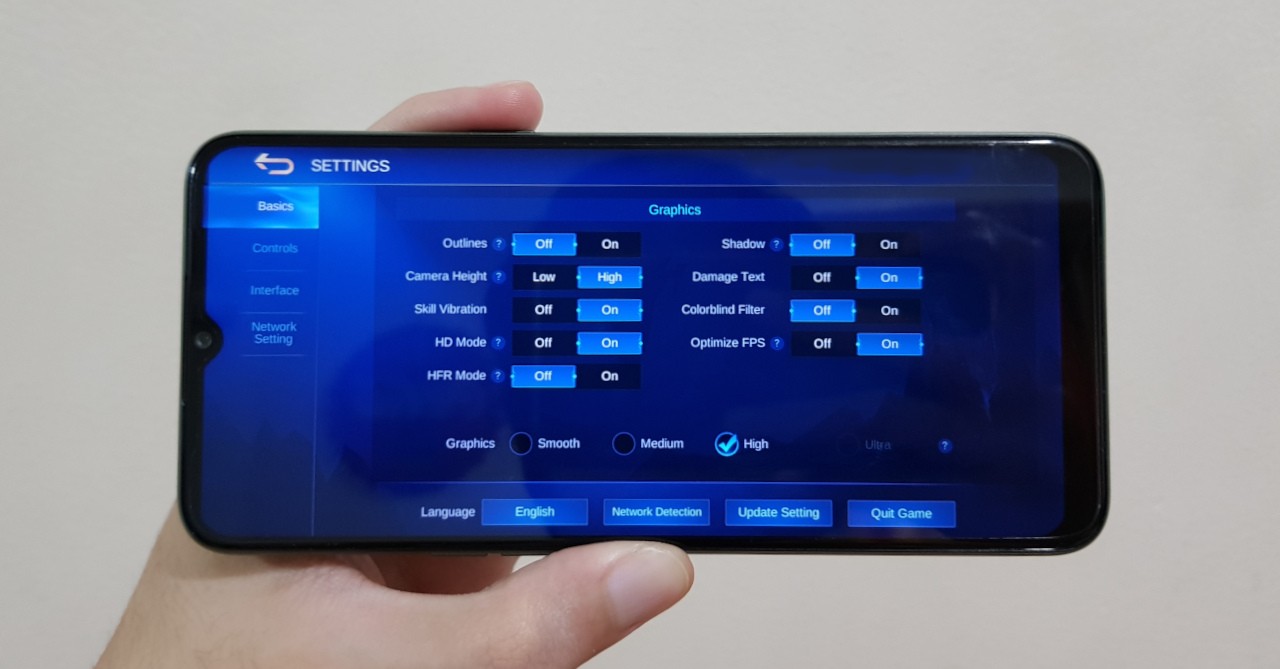 Powering the realme 6i is the new Helio G80 processor from MediaTek, an SoC designed for budget gaming smartphones. For the most part, the Helio G80 delivered as I was able to play various popular mobile titles such as Mobile Legends: Bang Bang at high graphics settings. Gacha games such as Fate/Grand Order also had no problem running. 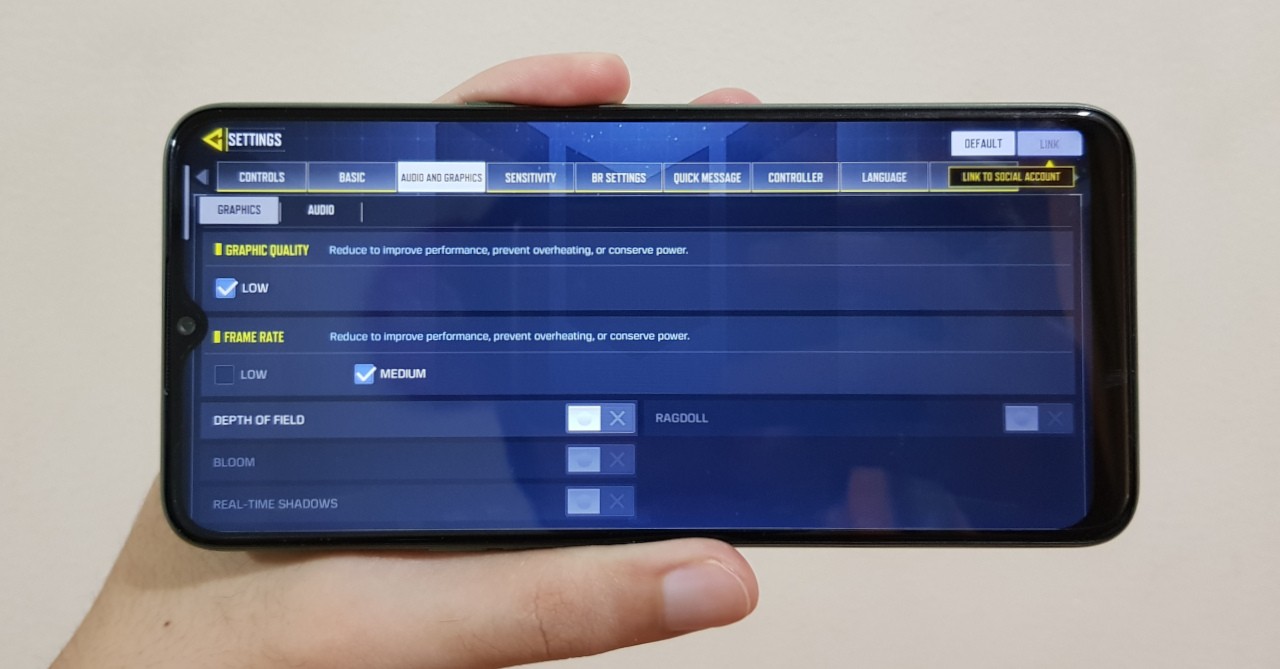 While most games I tried performed well at higher graphics settings, Call of Duty Mobile was a different story. The game ran smoothly on Low graphics quality, but there was no option to change the graphics setting to Medium or higher when playing on the 6i. From the looks of it though, the Helio G80 should be powerful enough to run the game on at least Medium, so it’s weird to see that Low is the only option. Hopefully an update fixes this.

For photography, the realme 6i features a 48MP main + 8MP ultra-wide + 2MP portrait + 2MP macro quad-rear camera setup along with a 16MP selfie shooter. This camera setup is almost exaclty the same on paper at the realme 5 Pro’s shooters, though I’m not sure if the 6i also uses a Sony IMX586 main sensor.

For shots taken outdoors with lots of natural light, the realme 6i captures great photos. Images in these conditions are detailed an have fairly natural colors. Indoor shots also turn out well, as long as there’s a good amount of light.

The 8MP ultra-wide angle camera of the realme 6i works well when taking shots outdoors. But as with other ultra-wide shooters I’ve tried, image quality takes a noticeable dip.

The 2MP macro camera is practically the same as macro shooters in realme’e other recent smartphone releases. This means macro images taken on the 6i are just decent, as long as there’s enough light.

As for the 2MP depth sensor, it provides a nice enough bokeh effect for portraits, though not the best I’ve seen. Finally, selfies taken with the 6i’s 16MP front camera should be good enough for most users. 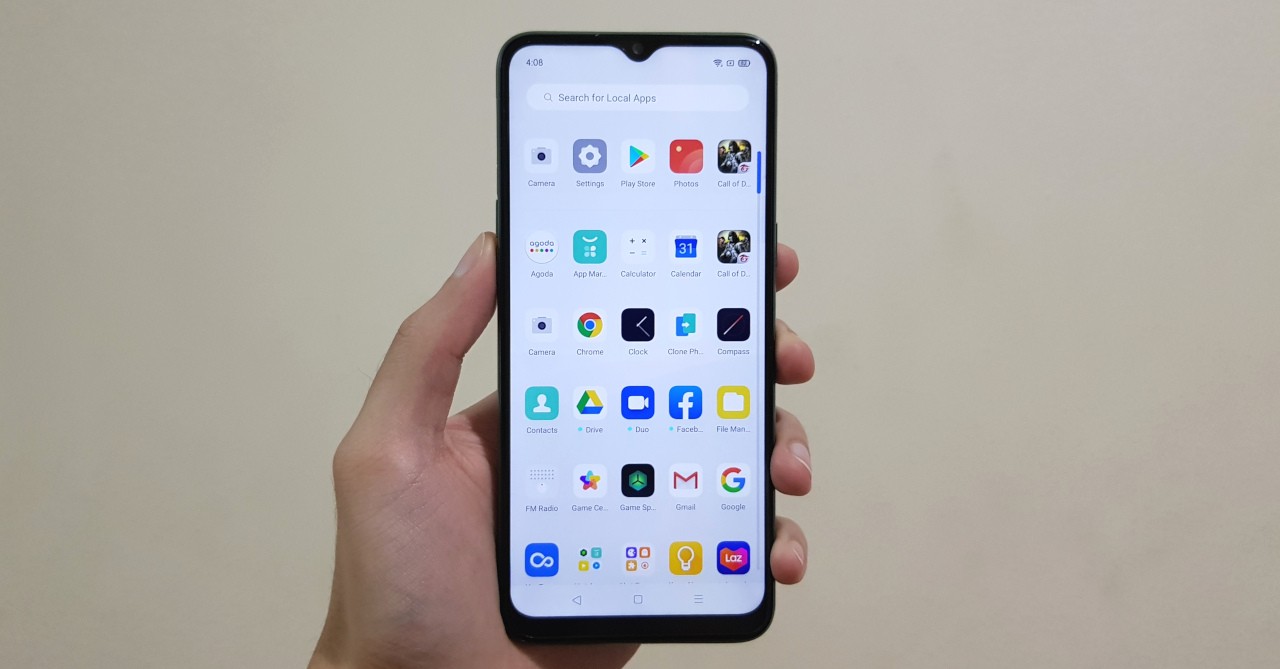 Aside from being a capable smartphone for gaming, the realme 6i also performs well for day-to-day use. In my time using social media or productivity apps on the phone, the 6i was fast and snappy, even when switching between apps.

Performance wasn’t the only thing that impressed me about the realme 6i though, battery life was also pretty good as well. Thanks to its massive 5,000mAh battery, the 6i was able to last for over a day on a single charge with medium-heavy use. Even if you use the phone heavily, it should still easily last for over a day. And if you do need to charge the phone, the 6i comes packed with an 18W charger (charging the phone 50% in under an hour). It might not be the fastest, but it’s still pretty good for a budget smartphone. 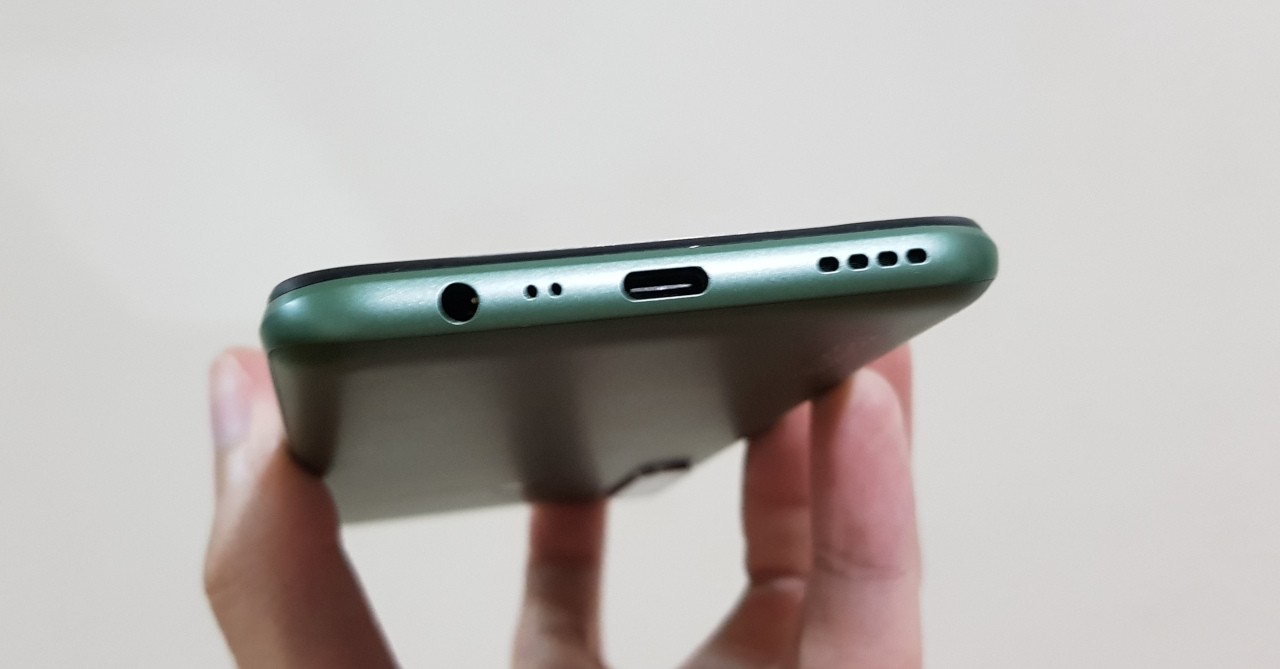 Another thing I liked about the relame 6i is that it comes with a USB Type-C port. Finally, we now have a budget smartphone with a Type-C port! Even with Type-C ports being the standard now for flagships, budget smartphones have continued to use microUSB ports. With relame opting for Type-C with the 6i, I’m hoping more brands follow suit as well. 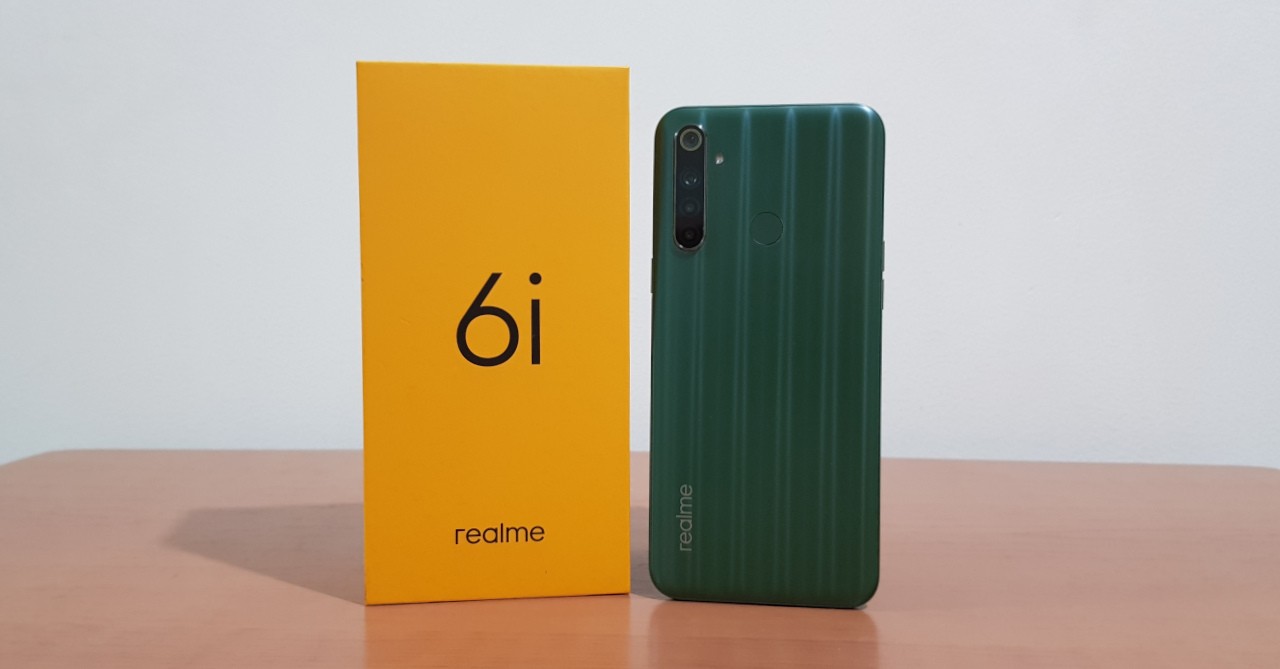 Ever since last year’s 3 series, realme has always impressed me with its budget smartphones, and the 6i is no exception. Once again, realme has come out with a great budget smartphone which packs good cameras, great performance, and a nice design, all for just PHP 9,990 (or PHP 7,990 for the 3+64GB variant). Plus, it’s one of the first budget phones to use a Type-C port!

The only things preventing me from giving the 6i higher marks is that Call of Duy Mobile is stuck at only the low graphics setting, and that the onboard speakers leave a lot to be desired. Given its price point though, it’s easy to look past these shortcomings.

The relame 6i is no doubt a great deal.

Realme once again impresses with its latest budget device. The realme 6i not only packs good cameras and great performance, it also has a good-looking design as well as a USB Type-C port -- impressive for a device that's priced at less than PHP 10k. Geek Lifestyle Review: Realme 6i