The game is finally out now! 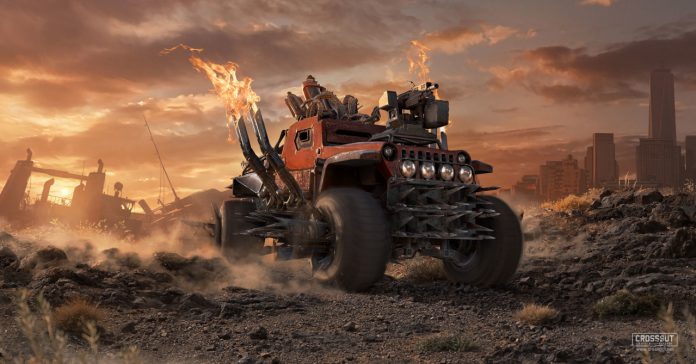 Following the game’s open beta back in February, the vehicle shooting game Crossout will be available in Southeast Asia very soon!. The game is developed by Targem Games and co-published by Gaijin Entertainment and PlayPark, Inc., and it features MMO-style gather-and-build mechanics combined with fast-paced shooting action, making for a unique gaming experience.

“Crossout is set in the post-apocalyptic Wastelands, a lawless valley where survivors live by three words: Craft, ride, destroy. Players have to scavenge resources from missions in order to build guns and parts for their unique vehicles. There are many combinations for parts from tank threads to guns to armor that will allow you to build the ultimate war machine to blaze your way to victory.”

Coinciding with the game’s launch is a new patch which features gameplay improvements, the Personal Playground area, and a battle pass system for the new season. The Playground will have interactive upgrades to your garage while the battle pass will give players rewards by completing challenges.

To celebrate the game’s launch, there will be various Crossout esports tournaments in Southeast Asia that will be announced soon. These events will be made in partnership with the likes of Mineski, TNC, WomboXCombo, and CollabAsia.

Meanwhile, Crossout has also partnered with Peenoise Realm for exciting livestreamed gameplay content. Aside from Peenoise Realm, Crossout is now looking for more streamers and content creators to experience the game. For those interested, you can send a message to the PlayPark Crossout Facebook Page.

Wondering if your PC can run Crossout? Here are the game’s system requirements: