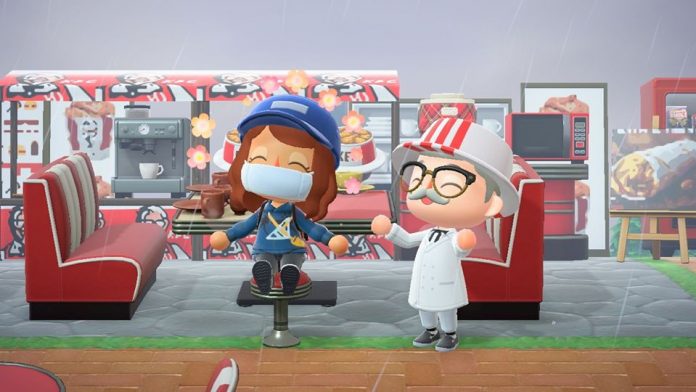 Its day 1 for KFC as the popular food chain opens up shop in Animal Crossing: New Horizons and with this collaboration the Colonel is bringing its signature style of dining (not to mention their world-famous chicken) into the digital side of things. 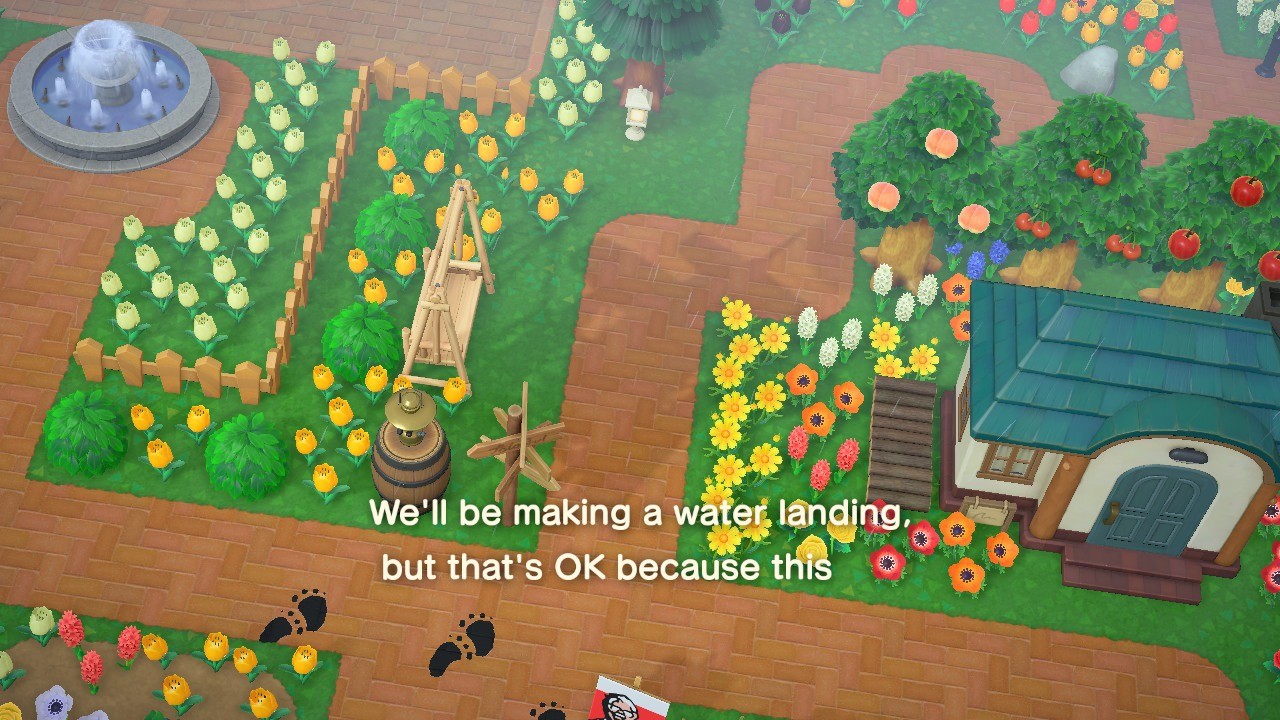 We are lucky to enough to catch a flight courtesy of DAL and here’s what we experienced during our short but memorable visit to the island!

It was raining during my stay at the place, gloomy as the weather might seem, the colorful and vibrant theme of the island made up for it. Props to everyone involved who put the effort in designing the land. 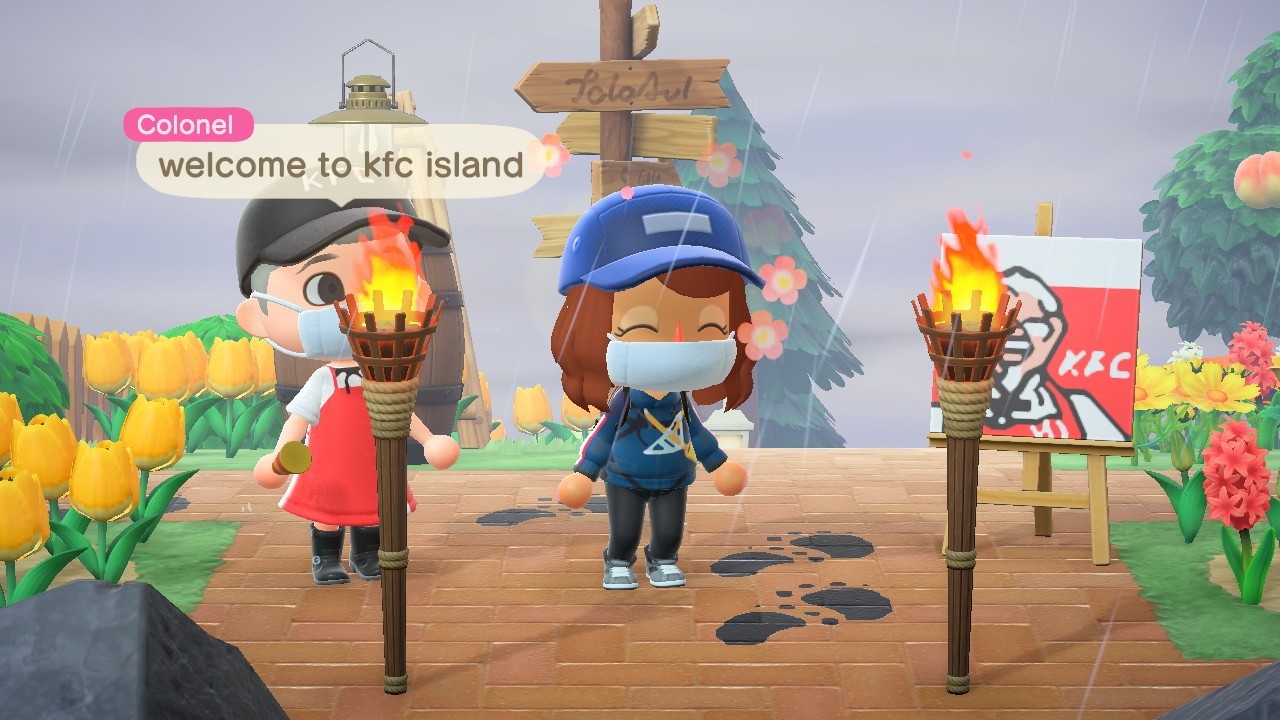 As soon as I stepped out of the airport I was immediately greeted by one of the crew members, who gave me a guided tour. Much similar to the Ayala Museum event I went weeks ago, they moderated the tour to perfection.

Those torches though… It reminded me of the show “Survivor” haha! 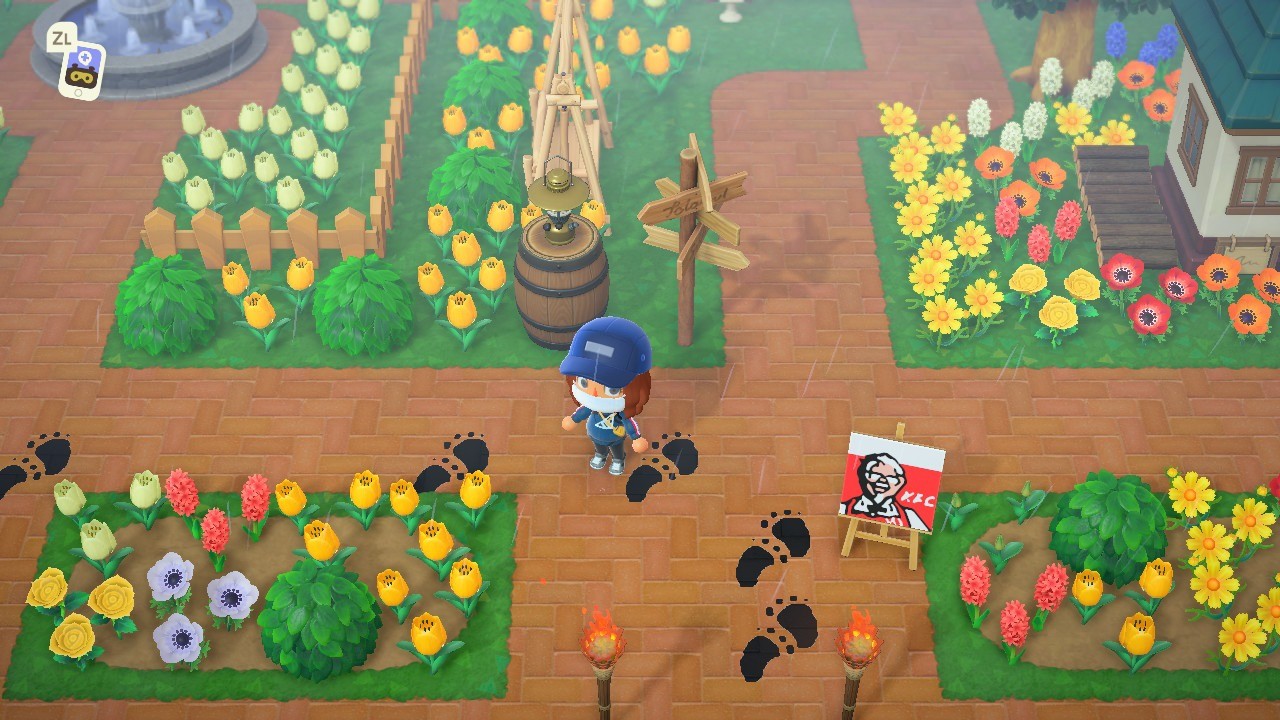 What I initially noticed is, unlike the Ayala Museum Tour, looks like the finger-lickin’ folks at KFC made the renovation island-wide. There are really minimal restrictions in the place as you are encouraged to roam around to your heart’s content. 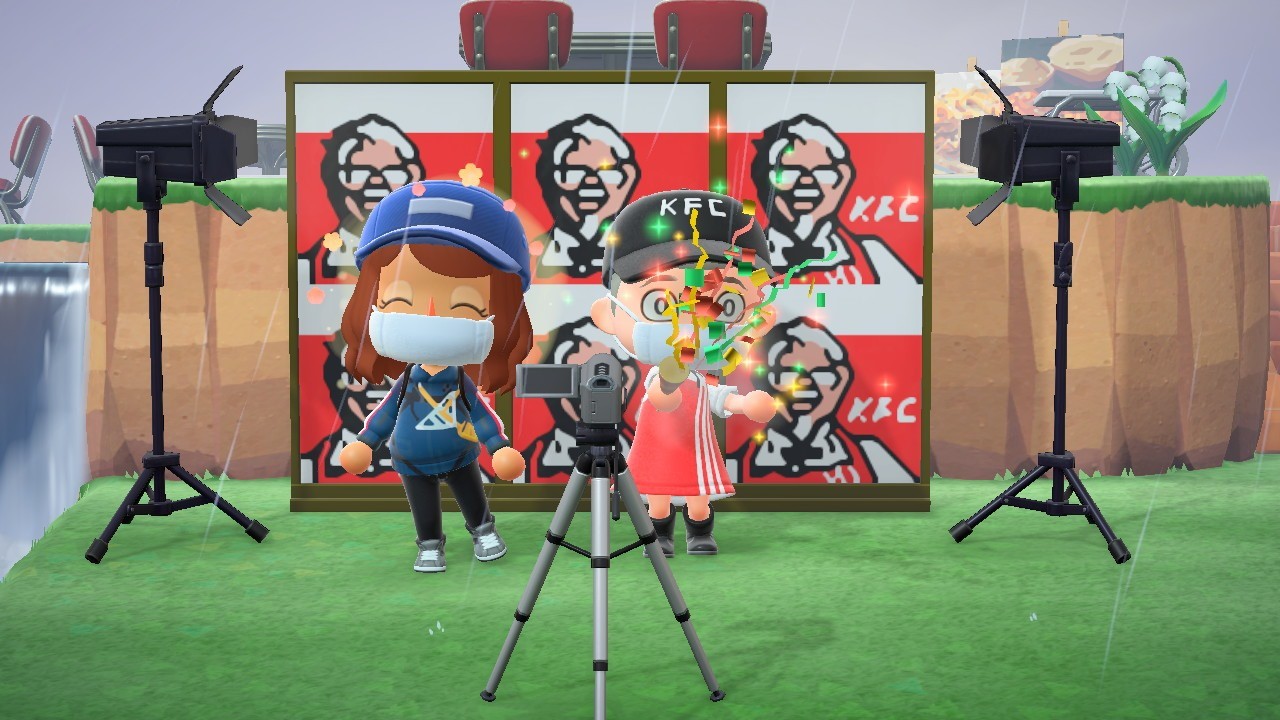 Before the crew member took me to the restaurant proper, he guided me to a nicely placed photo booth where you can take some shots, good idea in doing this first since you’ll be “virtually” stuffing yourself with chicken in a bit.

The restaurant itself is on an elevated part of the island which is pretty nice in terms of design. They really did a stellar job in dressing up the place in the aesthetics of the brand, from the iconic KFC colorways to the mini-kiosks and menu displays, the folks did their homework in bringing the place on a virtual stage.

The staff was even game enough to role play behind the counter, to which i gladly participated!* 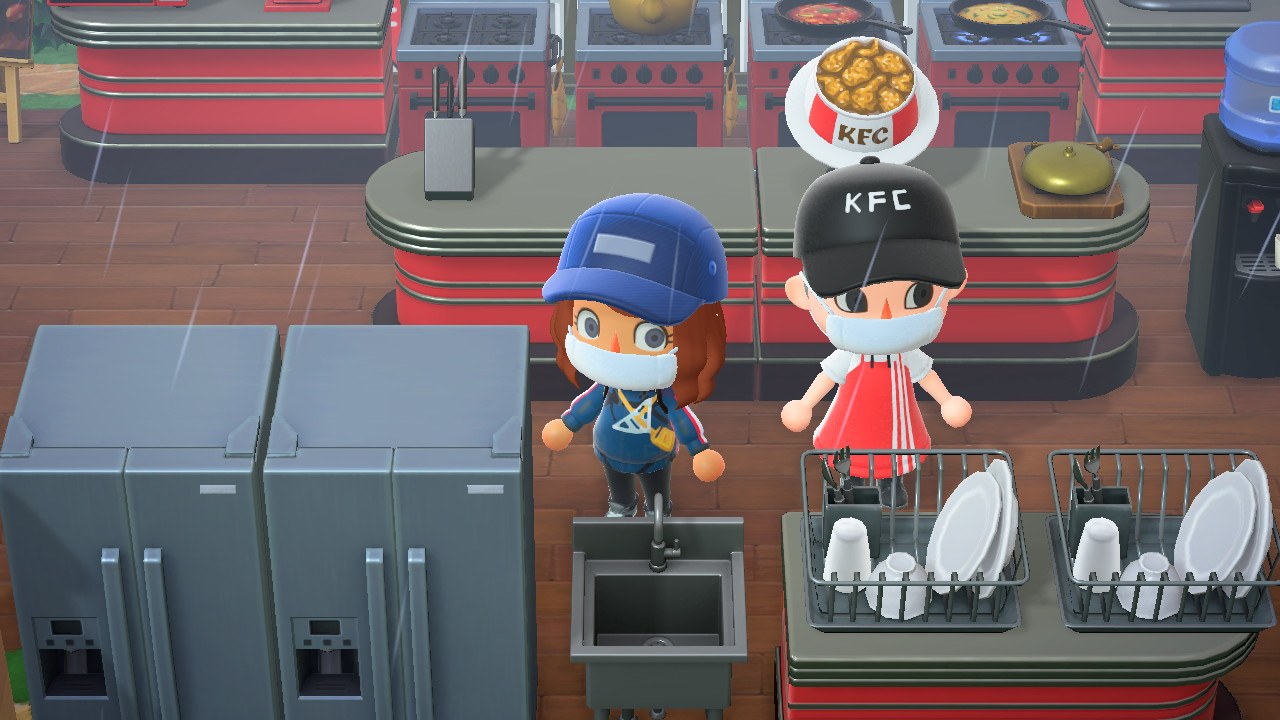 *Not gladly enough though, when you get to participate at a point where you were also doing the dishes… The fun stopped there hahaha. 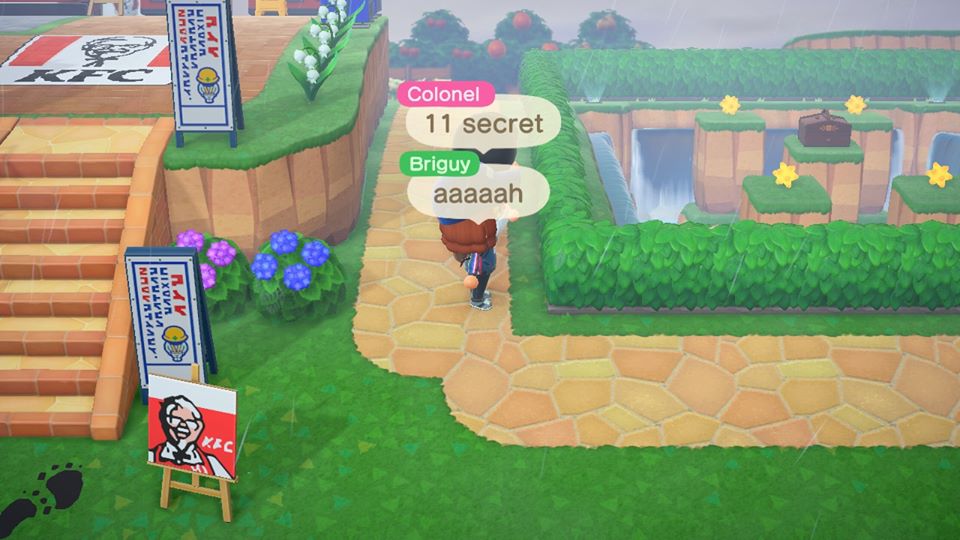 After I had my fill we went back down. Just beside the resto the guide told me where the 11 secret herbs and spices is actually located. As expected, its impossible to maneuver to that area without destroying some flora and fauna. Those star fragments look mighty tempting as well and did not help with my imagination of stealing what’s there. 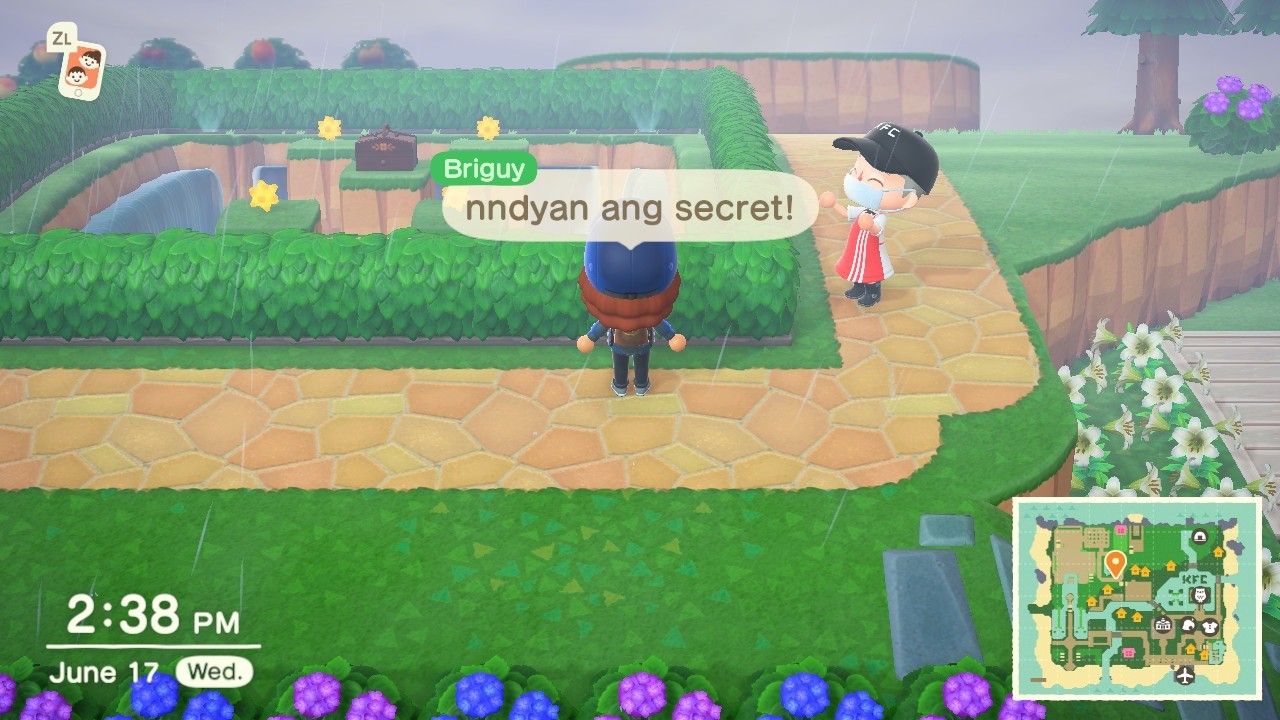 As tempting as it might seem, I kept my control and just took note of the coordinates in my map… For, uhm, future reference. 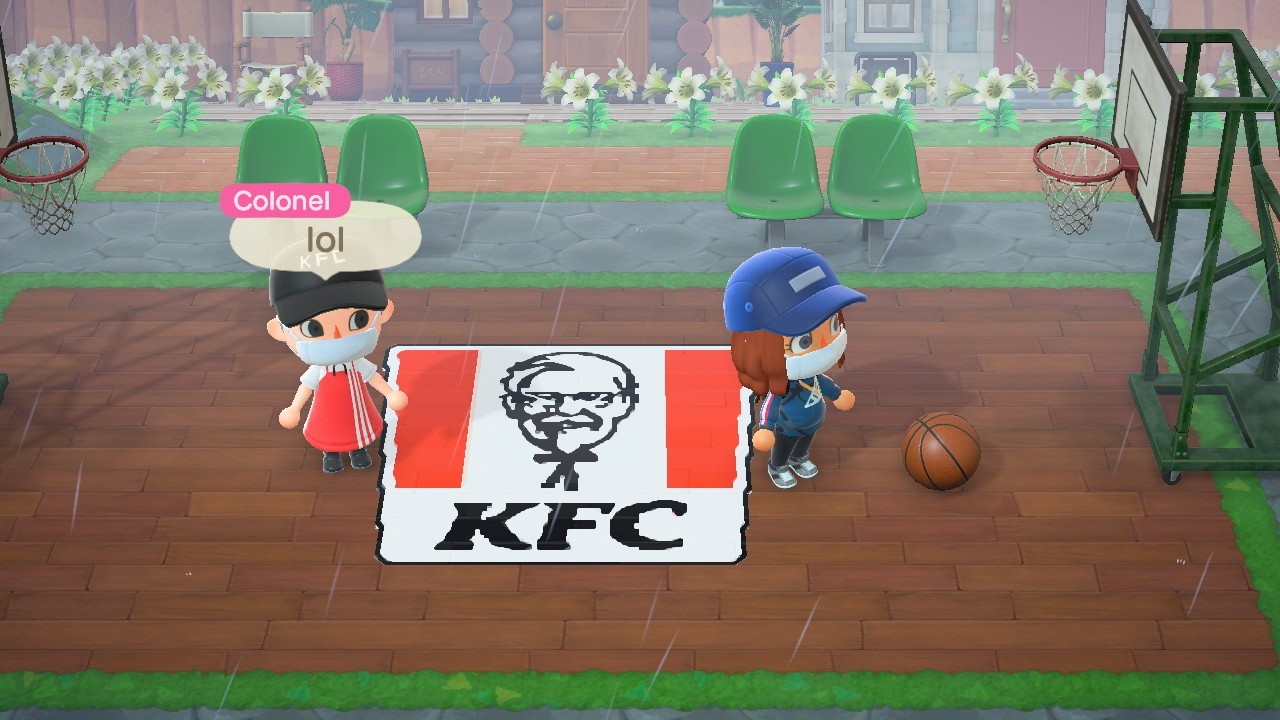 There’s was also a basketball area where you can burn a few calories. The crew member laughed at me here for some reason. 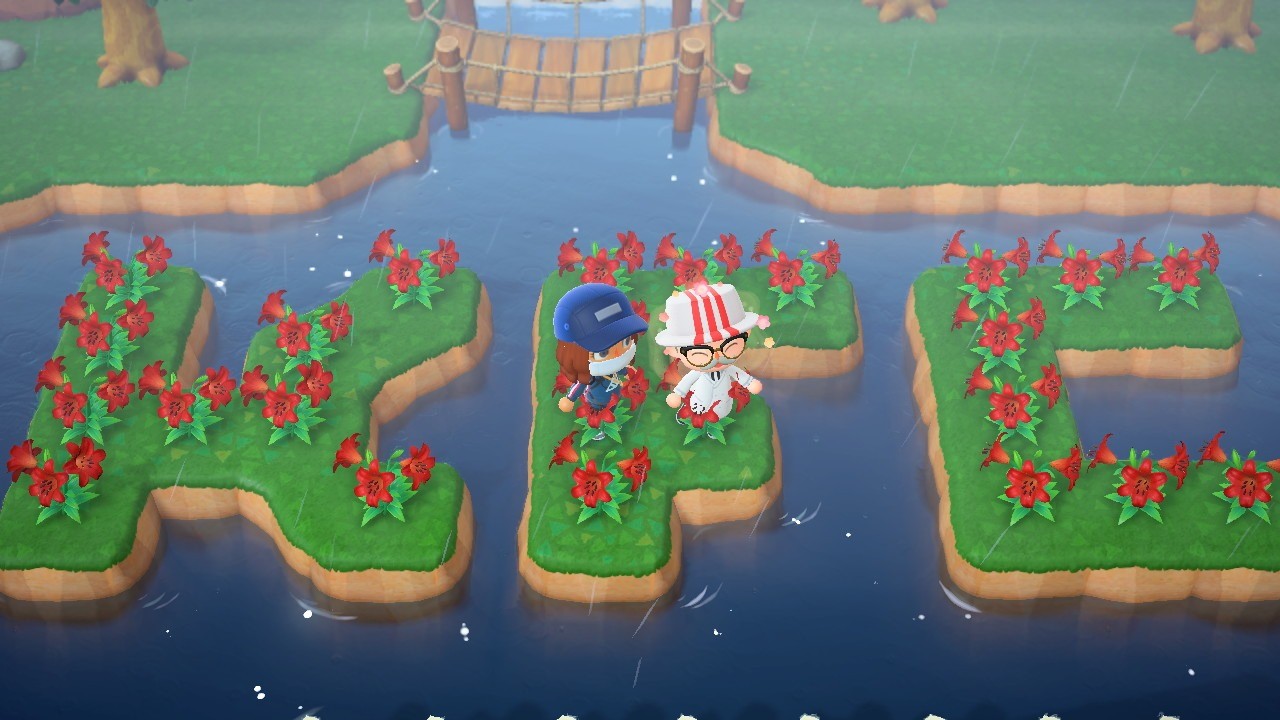 On the western part of the island they really did something special with the land area there, forming the words “KFC” in a body of water. Me personally I was just terrified that I might trample on some flowers but hey, I was reminded by the Colonel himself not to worry (how did he show up all of a sudden? I guess we’ll never know). 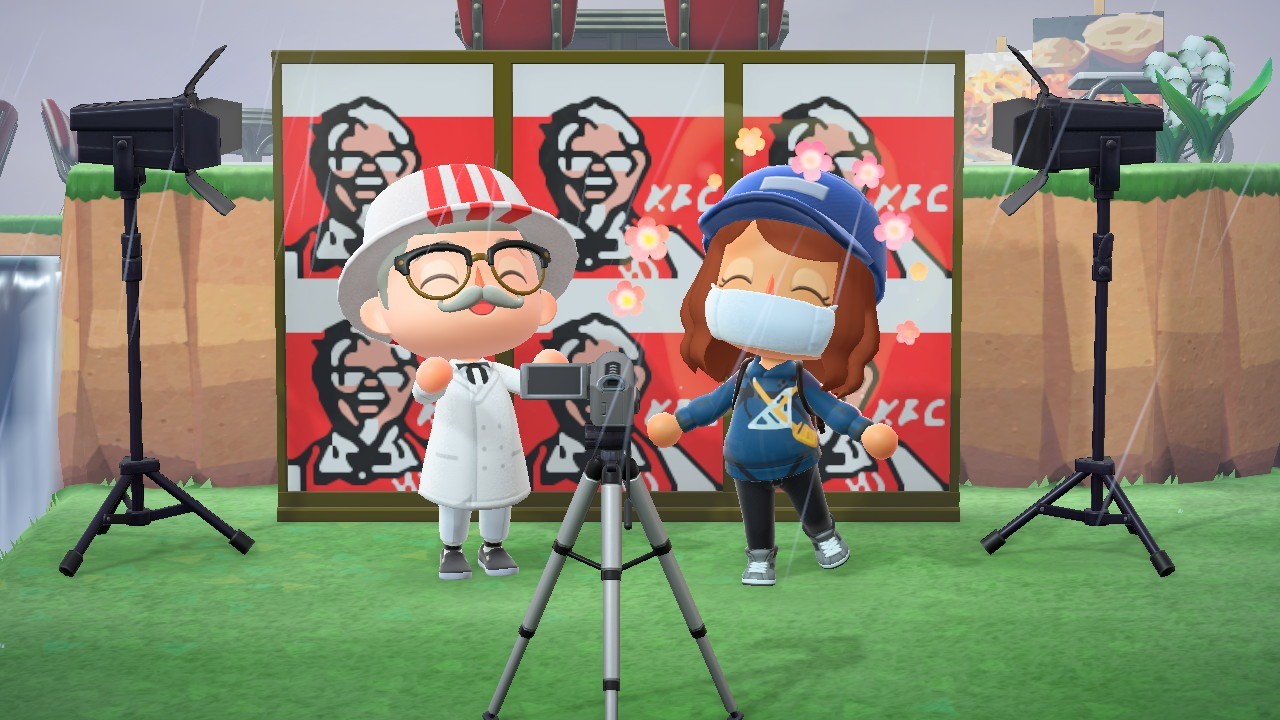 Having found the Colonel it took no absolutely time for me to fanboy myself and take some pics back in the booth, at the back of my mind thinking… “Where’s my 8-pc bucket prize for finding you!?” 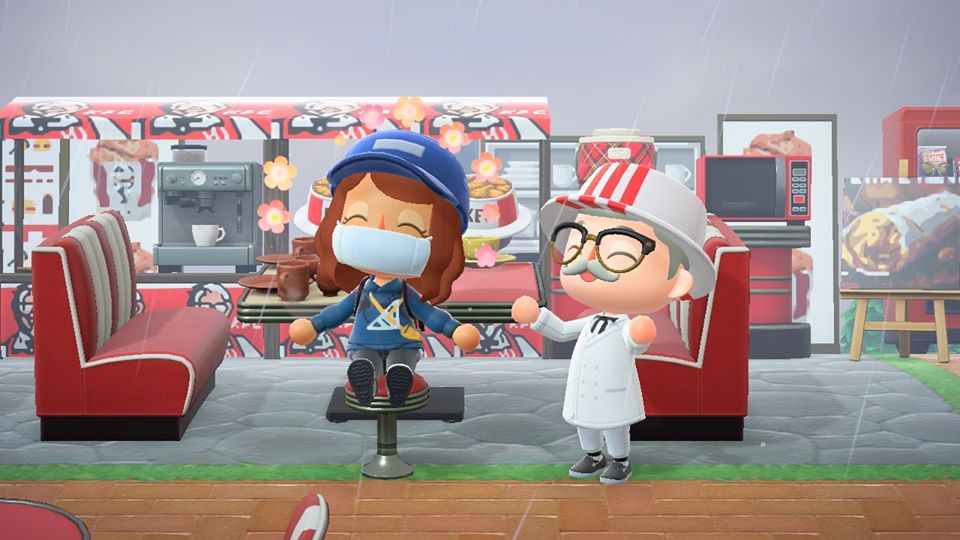 Finally, we went back to the main attraction of the island for one final photo op. Whatever happened to the crew member? And why are there no villagers? A lot of mysteries left unsolved! 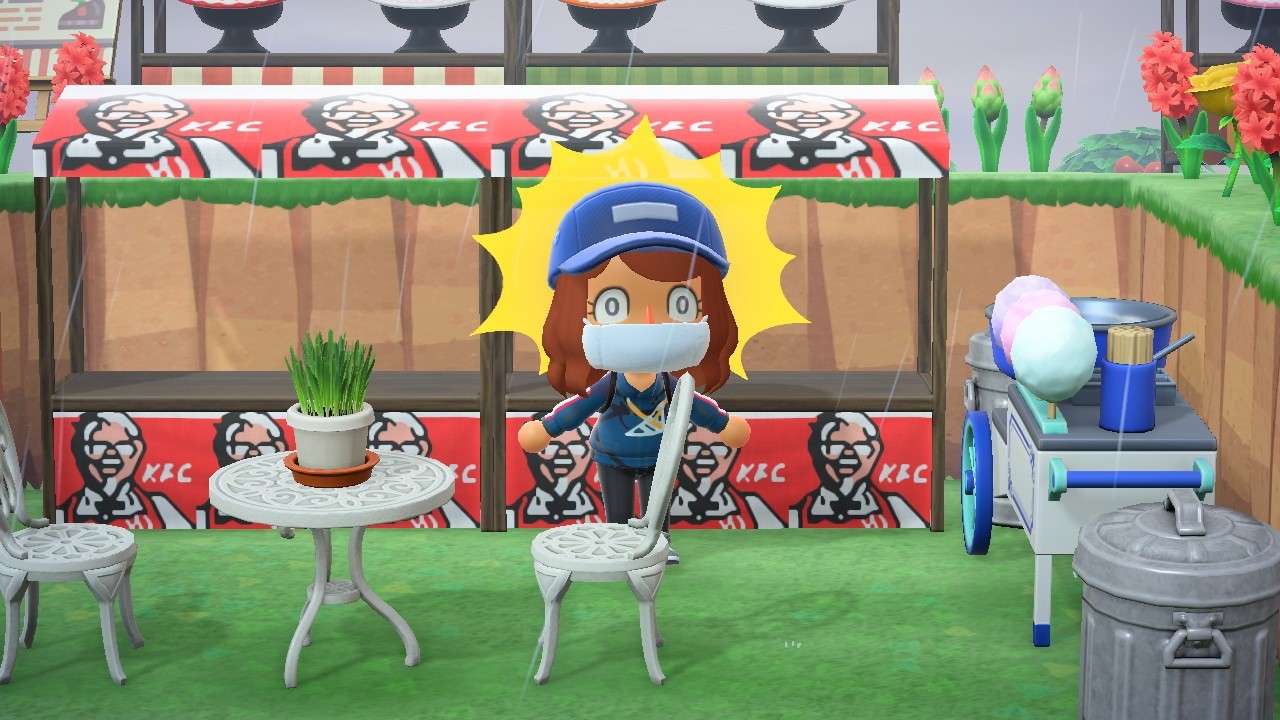 All in all it was a really great experience and a fun escape from the real thing. I said this once and I’ll say it again, Animal Crossing: New Horizons really is the perfect game to tide you over during quarantine. The medium is perfect for collaborations such as this one and I really hope that other brands follow suit. This is a good case and point of brands and companies leveraging on video games to promote themselves and to make themselves very relevant, especially during times of hardship. 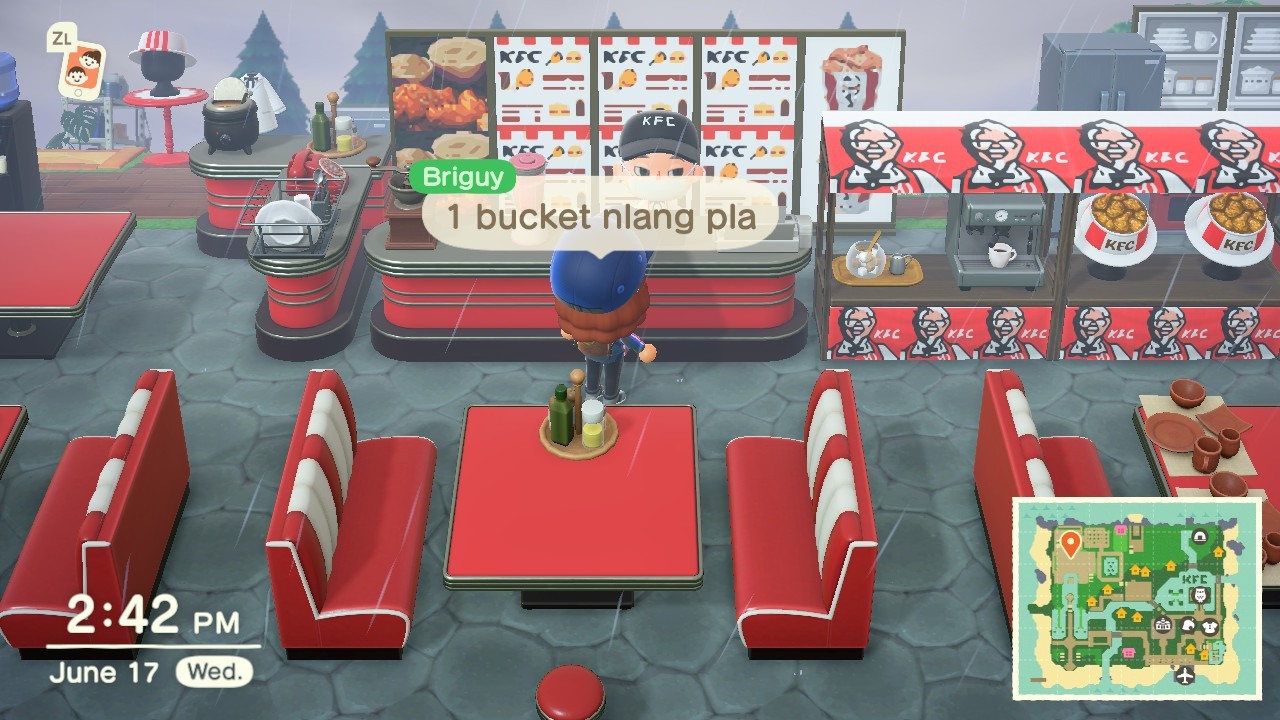 A salute to the Colonel and to everyone involved in making this event possible! Now let me order some of your chicken IRL, I’m starving!