League of Legends: Wild Rift has one of the most robust Item Shops among Mobile MOBAs

It's time to go shopppiiiing! 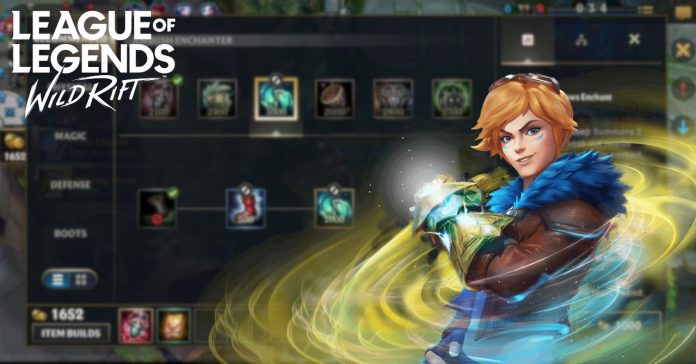 The League of Legends: Wild Rift Alpha test just opened up a few days ago and we’re still trying to absorb as much of the game as we can! We’ve run down and listed how the game differs from other MOBA (including League on PC and the-ever pervasive Mobile Legends) and that article just scratches the surfaces of what LoL Wild Rift is offering.

One of the key differences of Wild Rift compared to other mobile MOBAs is its Item Shop experience.

If you’ve played League or DOTA, buying items and knowing when to buy items is part of the entire game experience. Mobile Legends and the subsequent Mobile MOBAs solved perennially going to specified item shops in the map to get your gear by having a quick buy menu and shopping literally anywhere on the screen.

For one, you can only purchase your items at your fountain/base. This ultimately adds up to the strategy when you lane and since there are no courier systems right now, the only way to get your gear is to magically teleport back to your home base. This, of course, may take up significant time laning but it also creates more varied pacing for the game in general.

Second would be the ward and counter-ward aspects of the game. Most mobile MOBAs do not have this and it’s actually is a huge game-changer because the more you see the map, the better you can strategize you and your team’s action. Initially you start with 1 Stealth Totem which refreshes every 110 seconds and can go up to 2 wards in stock. You can also claim the sweeping counter-ward ability (Oracle’s Lens) and it’s a matter of destroying the enemy team’s ability to scout key points in your map (or theirs). This dynamic adds another layer to the varied playstyle of Wild Rift. This also faithfully translates League gameplay to the mobile platform!

The last part would be the enormous offering within the Item Shop which can turn the tide of battle if you’re able to adjust your build to whatever the battle demands. Unlike other Mobile MOBAs, LoL Wild Rift has a lot of active skill buttons attached to the various items ranging from movement sprint on boots to groups shields and various buffs and debuffs.

If you have no background with League, you’ll want to really familiarize yourself with the items and their abilities so you can adjust your playstyle if/when situation calls for it.

We’ve been tinkering with the game for about 3 days now and we’re still nowhere near exhausting all that League of Legend: Wild Rift offers.  And while the game is still in Alpha and there are many aspects the game needs to fine-tune still (particularly on the UI side), so far, we’re already enjoying this ridiculously polished game. We cannot wait for the final build when this launches later this year.

Pre-register to hopefully get into the Alpha Test program HERE.