The Last of Us 2 is a terrifying reflection of humanity, and of current events 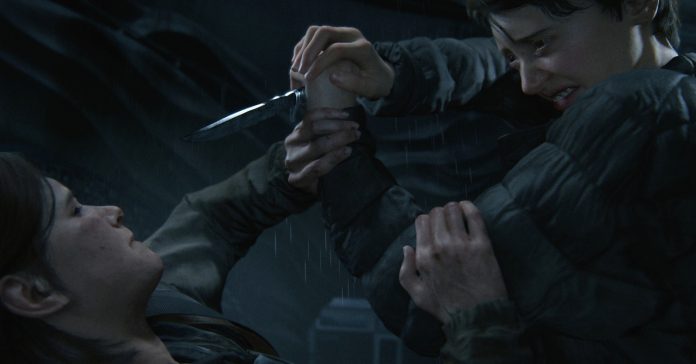 Conflict has always been synonymous with human history. As much progress as we have made to lessen conflict between man and man, it has never left us, even if we do not experience it as overtly as it was in yesteryears when wars abound. Now, with a section of the US still denying that black lives do matter, with people in the orient fighting still for right to freedom, and even in my home country where a Filipino may face a lasting silence by expressing a dissenting opinion, conflict is as alive as ever.

It is human nature really, to fight against each other, even if we are all the same.

It’s funny, we’re all no different at our core, but the moment you put one and another in sides, no matter how minor, they will fight. Such is the case whether people are born with different colors or are raised under different banners. At this point, it is a universal truth, and it is a theme explored at its ugliest in Naughty Dog’s latest title.

(Note: This article does not contain any story spoilers, but it delves into the game’s themes) 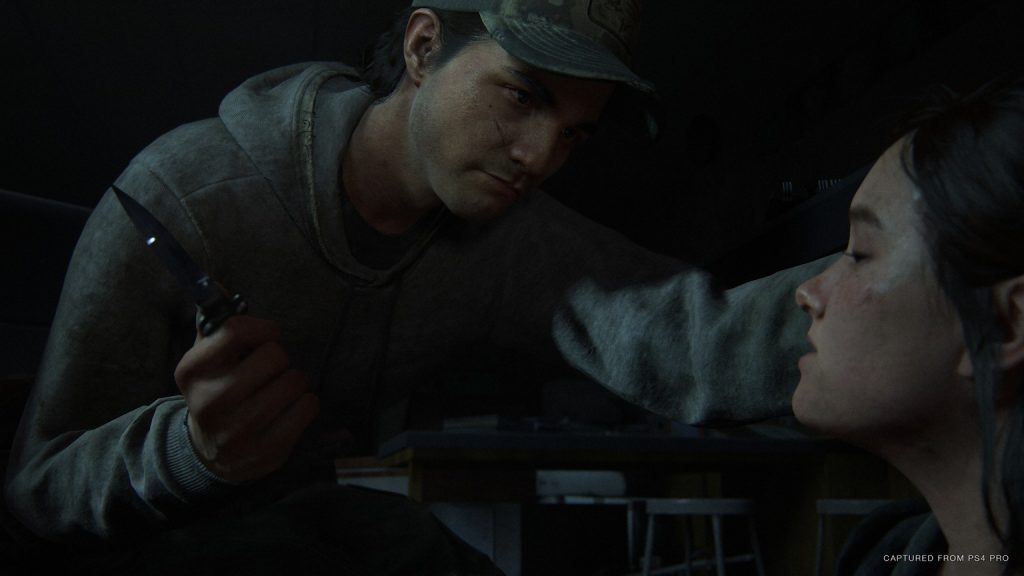 Much has been said about the extreme violence in the Last of Us Part 2. The brutality of the game affected me for sure, but the violence did not have me nearly retching as what the game’s story made me come face-to-face with. In the director’s message to media who received a copy of the game, he said that it is a game that explores “how we vilify and dehumanize those on the outside.” I didn’t think much of it at first, given that innumerable stories in a multitude of media that have already tackled the very same theme of tribalism, though I was not ready at all for how much of an impact the game’s presentation of the theme had on me.

Without giving much away, The Last of Us Part 2 delves into how easily we can justify conflict against a fellow man, a man that we don’t even know aside from what banner they represent. Again, this theme is not new, in fact, the game is not one bit subtle about it—it was as subtle as a PlayStation Vita with Hotline Miami in a post-apocalyptic, zombie-filled landscape. What it lacks in subtlety though, the game delivers in power.

The beauty (and the horror) of the game’s story is that there is no one evil person. The hero of the story is just as villainous as the antagonist, the villain just as heroic as the protagonist. It might be a hard pill to swallow for people who have essentially picked a side in favor of one, but the fact that it may happen shows how readily we can defend out tribesman despite acts of villainy. 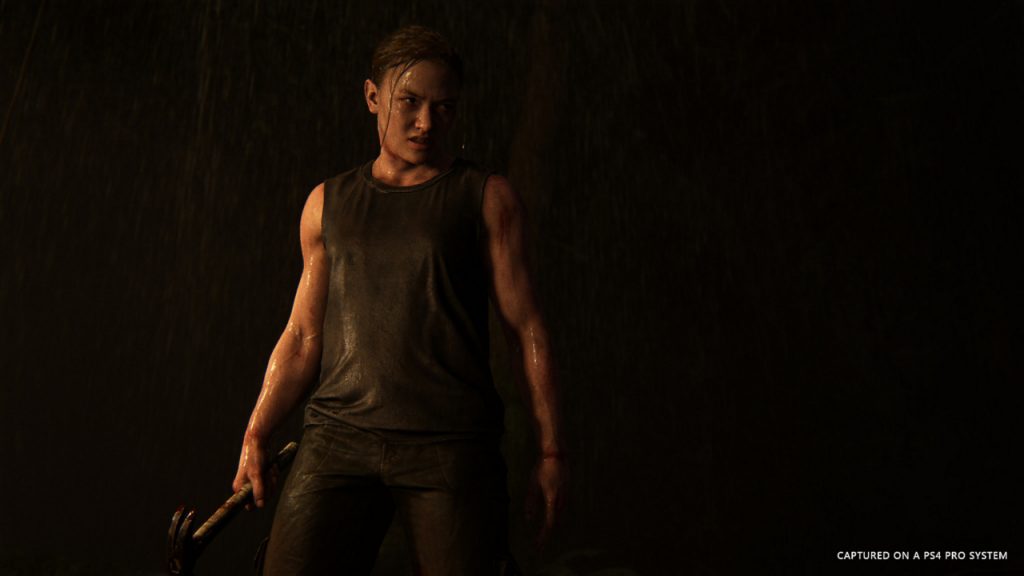 Within the context of the story, the fact that everyone’s actions were “justified” in their eyes and that people were one and the same whatever side they were on was a powerful realization, and for me, it elevated the game above even its beloved predecessor. While the first Last of Us explored a powerful theme of how far we would go for our loved ones, it’s a theme that exists in a more existential level; this is unlike the sequel, which is very much an unsightly mirror to now.

While I realized how resonant this theme was within the context of the game, I felt the full impact when I went back online. Upon digesting the game’s message of humanity’s tendency to demonize the outsider, I was hit with real-world examples of the theme in action. Whether it was the fact that a person of color must be treated guilty at the onset, or if people of a shared ethnicity must fight because the larger group deems it necessary to dominate. Hell, there does not even have to be physical borders and differences in color, as proved by people of a shared “race” who fight because of differing banners that may or may not have been willingly chosen.

In all fairness, the game does not purely exist just to wallow in the misery of human nature. It is easy to just hold up a mirror to the depths of human darkness and leave it at that. But what the game does is say something about how we just might be able to make it.

Make no mistake, the game does not have an all-encompassing solution to this aspect of humanity. Finishing the game will not leave you with a sense that everything will be alright if we just do this one thing. What it does give though is a suggestion, an idea of what we might need do to at least inch towards a solution, one that might still be unlikely to happen.

Why unlikely? Even if one side acts in peace, if the other responds with force, then it is all for naught. 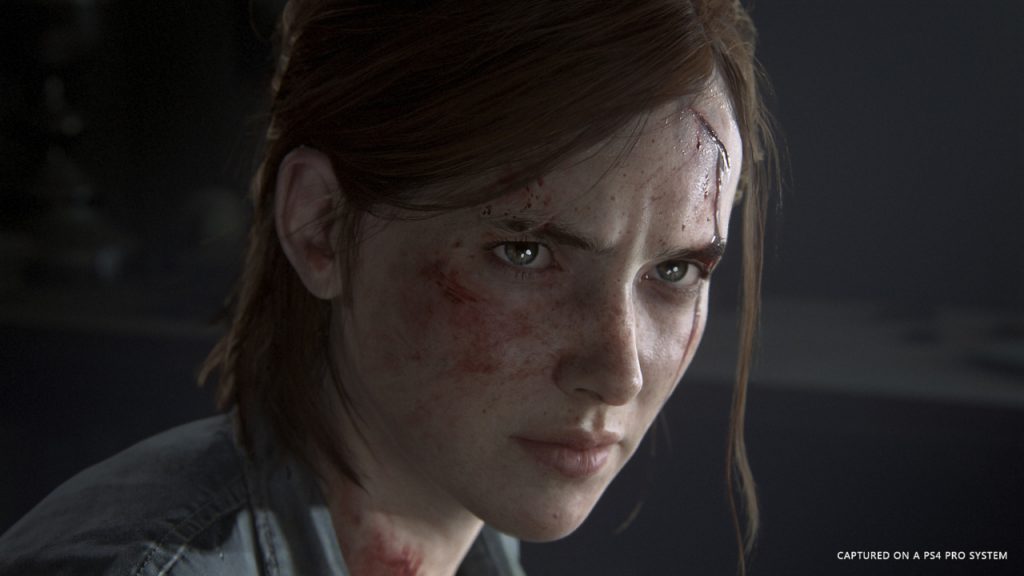 With how resonant and impactful the game is, one might think that The Last of Us Part 2 is required playing for every gamer—it is not. For people who are currently struggling due to the pandemic, or risking their life for a cause, Naughty Dog’s latest game will not provide an escape from harsh reality. Instead, what it delivers is an unsettling reflection of what humans are capable of, and more hauntingly, what humanity is going through right now. It is this fact which justifies the existence The Last of Us Part 2.

In the words of director Neil Druckmann, The Last of Us Part 2 is “A story that needed to be told. It was worth the risk.”