Riot Games will ban players who access the game without a Play Store invite. 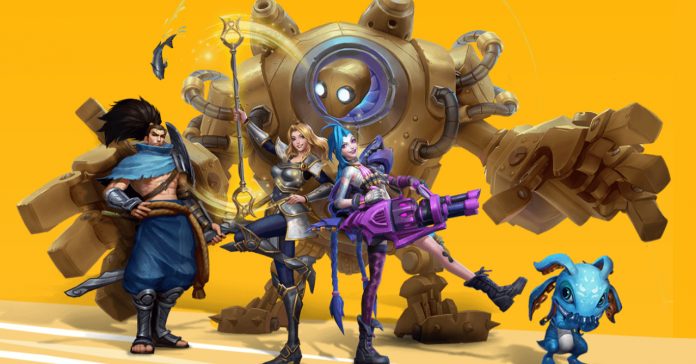 Last Saturday, the Alpha Test for League of Legends: Wild Rift has started, and the first wave of players have already been able to test out this long-awaited mobile version of LoL. While Alpha Test invites were distributed officially via the Google Play Store, there were some players who were able to access the Alpha Test via installing the app from third party sites. While this let them access the game, it is not recommended as Riot Games announced that it will be disabling all Wild Rift accounts that did not gain access from the Play Store.

Why was this done? It’s because Wild Rift servers are not yet ready to handle a large amount of new players, which is one of the reasons why Alpha Testers are limited in number so far. 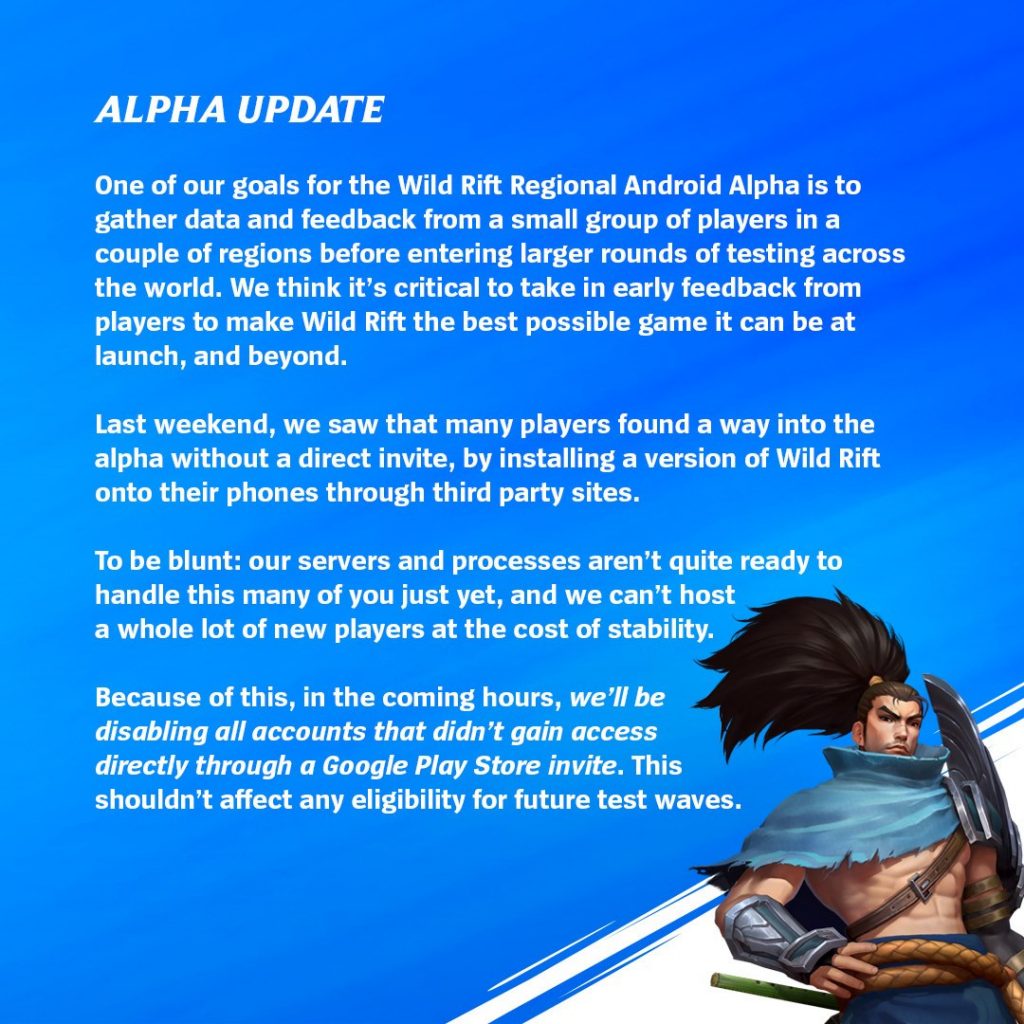 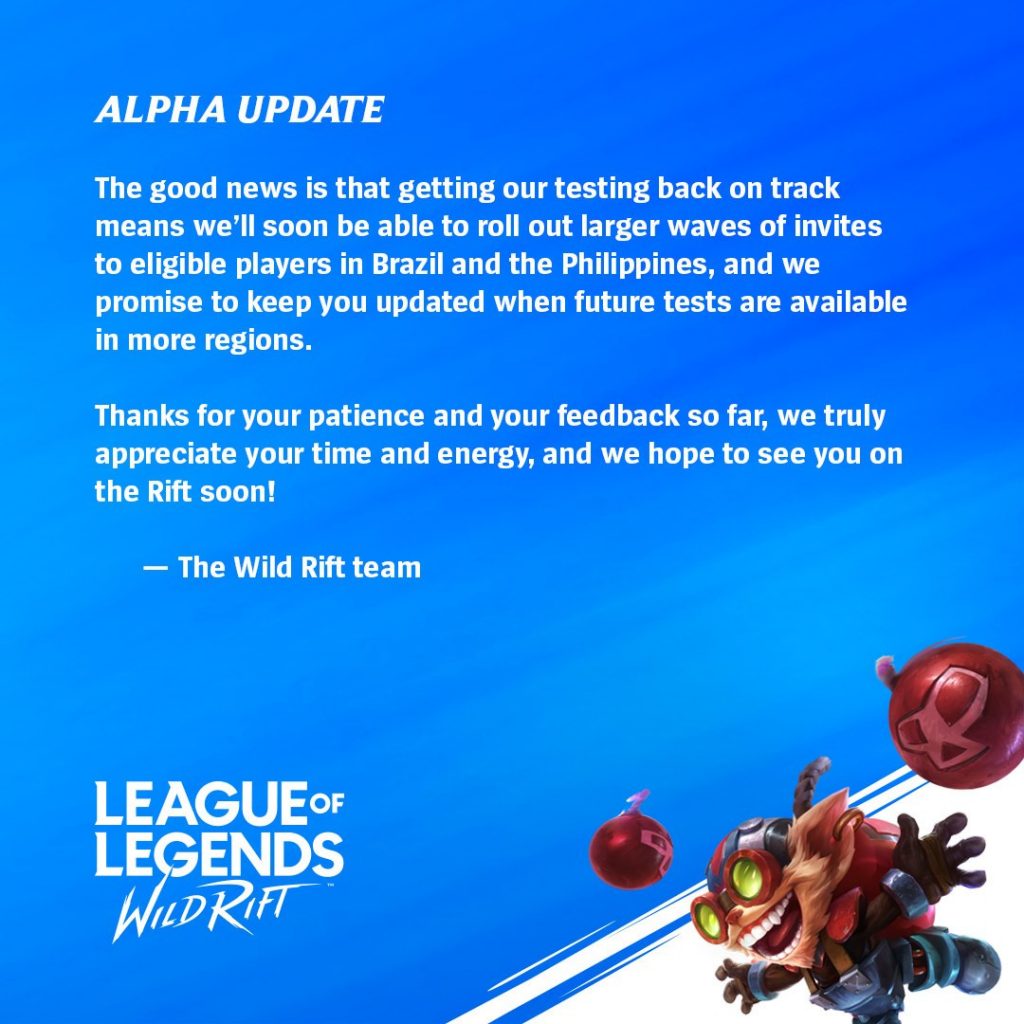 As Riot Games stated though, gamers who are excited to try out Wild Rift will get their chance soon as larger waves of Alpha Test invites will happen in the Philippines and in Brazil.

So if you’re thinking of installing the game apk via a third party store, don’t do it; instead just pre-register at the Google Play Store and wait for the next wait of invites.

Want to know more about Wild Rift? Here’s how it compares to League of Legends on PC as well as Mobile Legends.