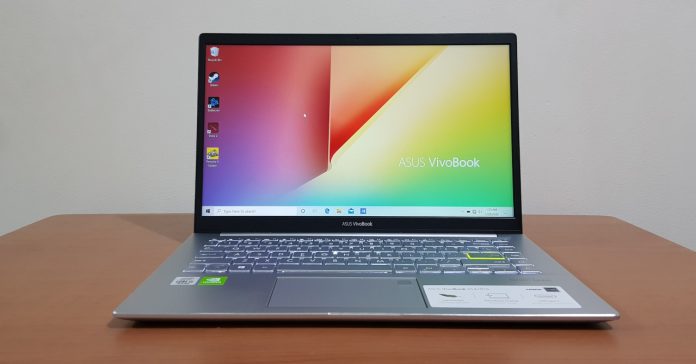 Last week, I got my hands on the new ASUS VivoBook S14 (S433), and my impressions of it was quite positive given its mix of promising specs and great design. Of course, that was all based on just a few days of use. 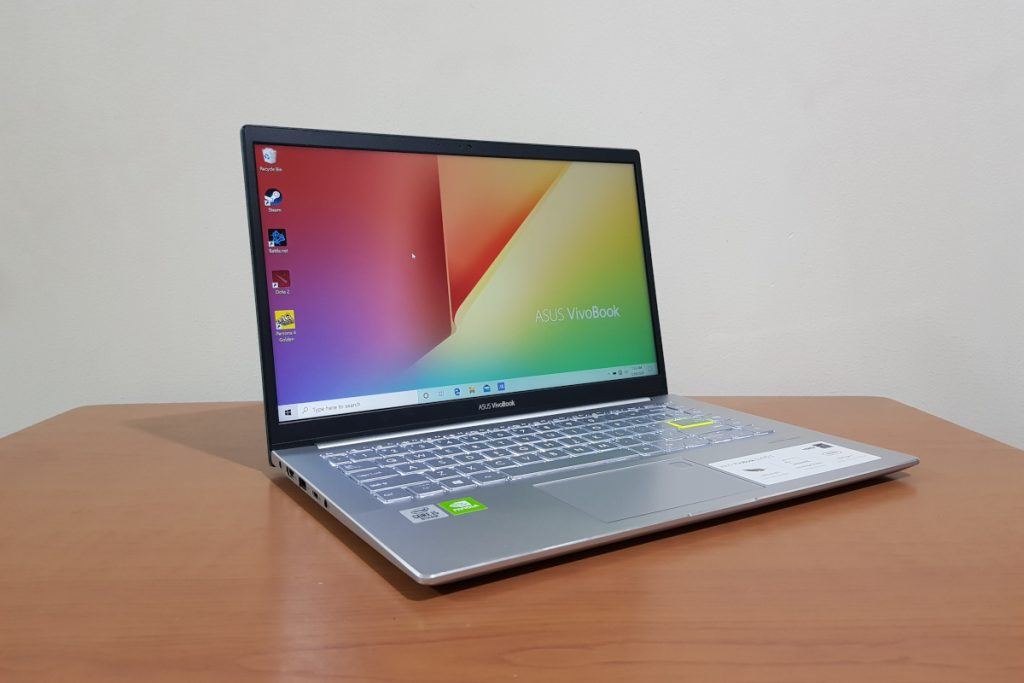 Similar to the VivoBook S14 and S15 series from last year, the new S433 model is available in a range of distinct and eye-popping colors, including Indie Black, Gaia Green, Resolute Red, and Dreamy White. Take note though, the colors are only found in the top cover of the laptop, as the rest of its body comes in a silver metallic colorway.

Aside from its bright color options, the VivoBook S14 also features diamond-cut edges and textured finishes, making it look and feel quite premium. In fact, this notebook can be mistaken for a higher-end ultrabook thanks to the premium materials used. Best of all, the VivoBook S14 is quite thin and light, weighing only 1.4 kg. 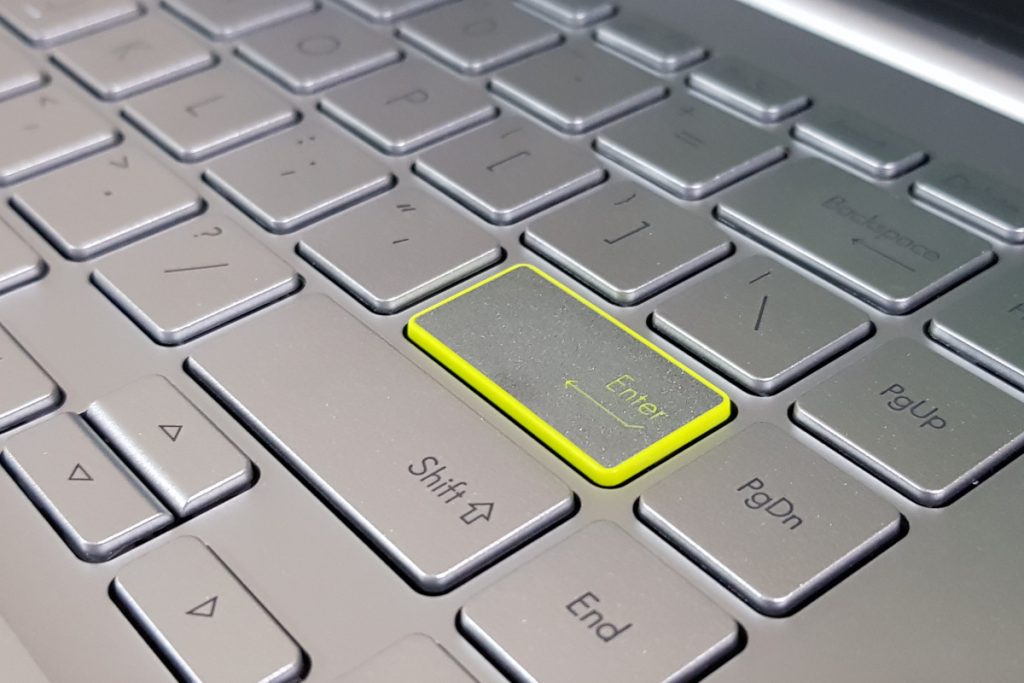 Another interesting design element of the new VivoBook is the color-blocked Enter key. While the rest of the keys are in a metallic silver color, the Enter key has a neon yellow color. While it’s only a small touch, it does add a welcome pop of color.

The VivoBook S14’s design isn’t just for show though, it’s also made for good functionality. For I/O, the S14 has a USB 3.1 Gen1 Type A, two USB 2.0 ports, a USB Type-C port, a microSD card reader, a 3.5mm headphone jack, and an HDMI port. While I would’ve preferred at least another USB 3.1 port instead of having two 2.0 ports, I/O is still good overall on the S14, especially considering its slim and portable frame. 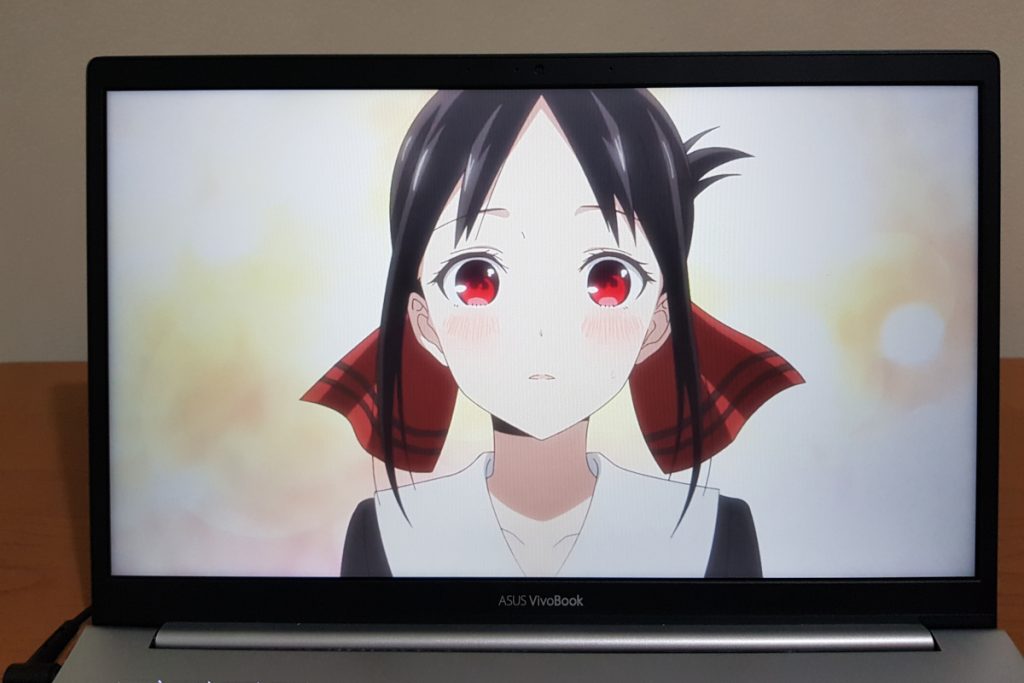 For the display, ASUS packed the VivoBook S14 with a 14-inch LED-backlit FHD NanoEdge display with an 85% screen-to-body ratio, as well as 178-degree wide-view technology for a wider viewing angle.

The display is great on paper, and in my time with it, the S14’s screen delivered, especially for binge-watching. Whether you’re watching movies, TV shows, or anime, the S14’s screen had sharp output with great colors, making for a nice viewing experience. The display also has a wide viewing angle, making it a good laptop if you’re gonna binge-watch with a friend (if you’re fine with watching on a 14-inch screen that is).

While the viewing experience on the S14 was great, the onboard audio wasn’t as good. Even though the laptop had Harman Kardon-certified audio, the onboard speakers on the S14 just didn’t get loud enough; even if you’re in a quiet room, the volume is still a bit too low for me, even at 100%. On the flip-side though, the audio quality from the speakers is pretty good.

If you’re going to listen to music or watch movies, heaphones or speakers are highly recommended. 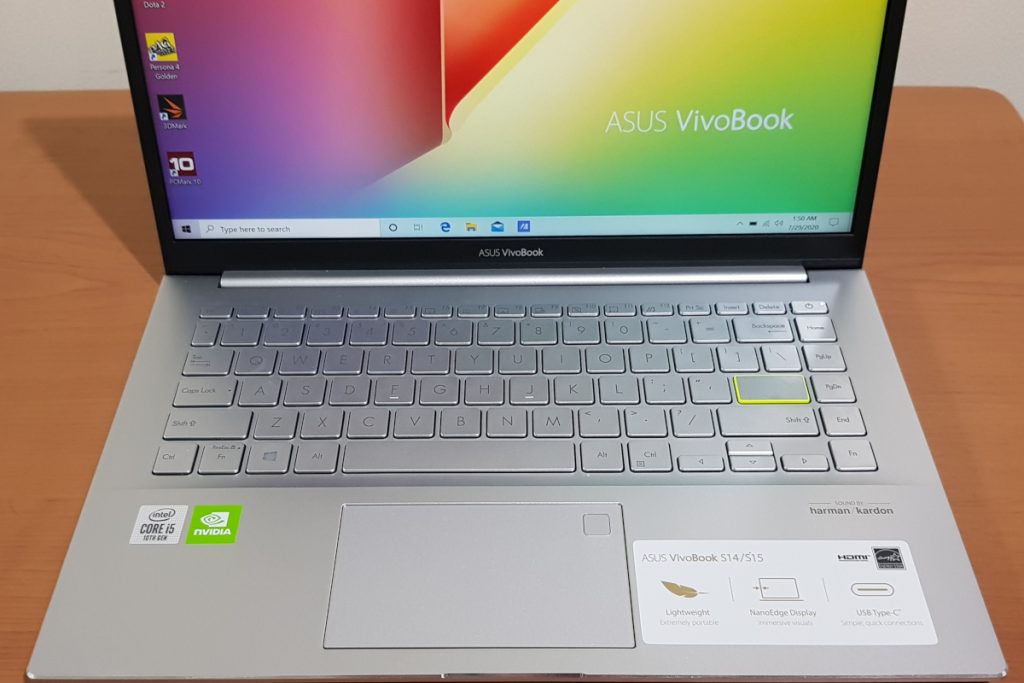 As a slim and portable notebook, the VivoBook S14 does not have a dedicated number pad. Though because of this, the S14’s keyboard has fairly large individual keys and proper spacing; this makes typing feel nice and comfortable on it. While the keys don’t exactly have a deep travel distance, they still have enough tactile feel for satisfying typing.

While I like the keyboard overall, if I had to nitpick, I’d say the arrow keys are a bit small awkwardly placed (that’s just based on my personal preference though).

While the VivoBook S14 isn’t a gaming laptop, I still tried out a couple of games on it; after all, it does have an NVIDIA MX 350 GPU. Given that it only has 8GB of RAM though, I just tried a couple of esports titles on it as it likely lacks power (and might get too hot) for triple-A gaming. 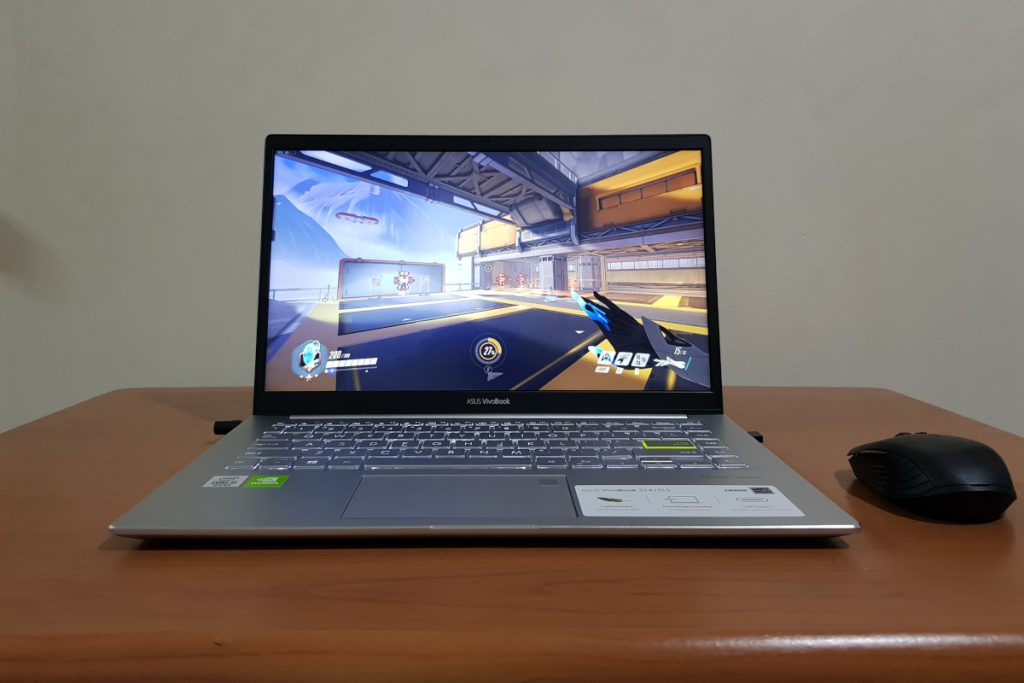 The first game I tried out is Overwatch, and I was able to run the game at Low settings at 1080p, with an average of over 60 FPS. Sadly though, in actual matches, the framerate dips to below 30 in intense firefights, meaning the Overwatch experience on the VivoBook S14 isn’t the best. For a smoother Overwatch experience, playing on a 720p resolution is recommended. 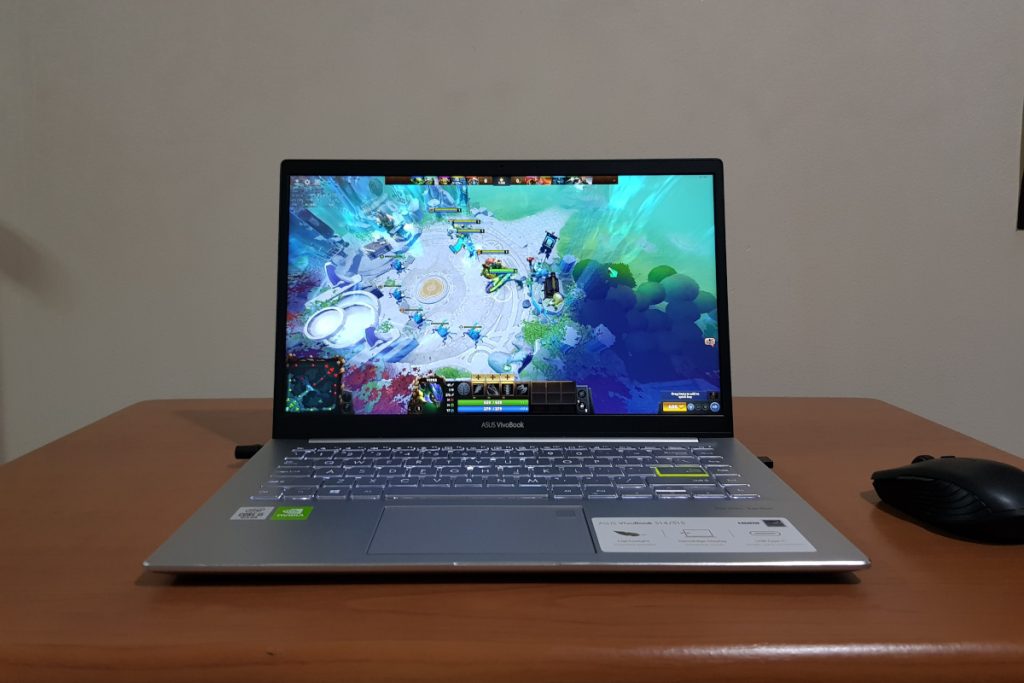 With Dota 2 though, the MX 350 and 10th Gen i5 had enough power to run the game at the low graphics preset at 1080p. Unlike Overwatch, Dota 2 had a smooth 70-80 average FPS, with little to no noticeable dips in framerate. 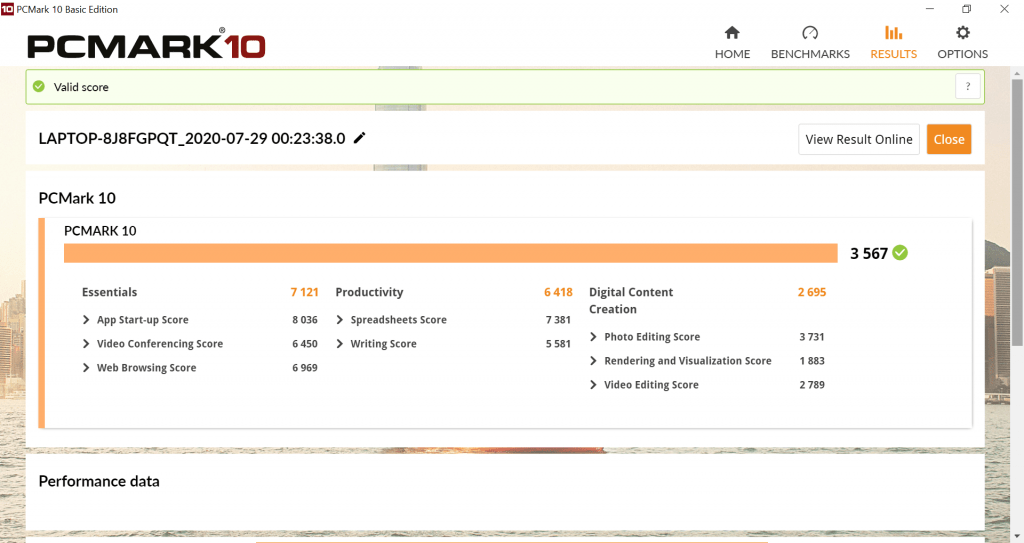 While I wasn’t able to run 3DMark on the VivoBook S14, I did run the PCMark 10 benchmark, and it had a score of 3567, a solid score overall for general use. 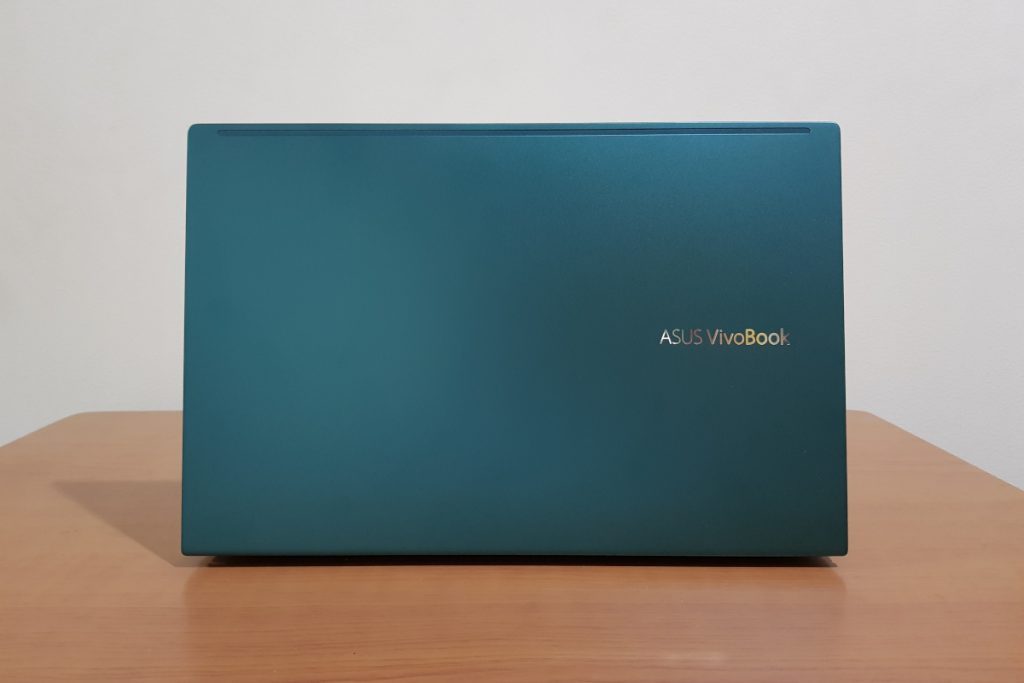 As I just mentioned, the PCMark 10 result of the S14 implied that it was a great laptop for everyday use. In my real-world test of the S14, the new ASUS laptop passed with flying colors.

Specifically, I used the VivoBook S14 for general browsing, media playback, and office applications. The laptop handled all these tasks without slowing down one bit. I also tried out some photo editing, which the notebook also handled well. For light video editing, the VivoBook can also work, provided of course you only use any high-resolution video files and only work on smaller projects.

Aside from good general performance, the VivoBook S14 also impressed with its battery life. For reference, after playing a 2 and 1/2 hour movie at 50% brigtness and volume, the laptop still had around 70% battery life remaining. This should mean the S14 can last for around 6-8 hours on standard use (with Wi-Fi on); even more if you use Windows 10’s battery saver setting. 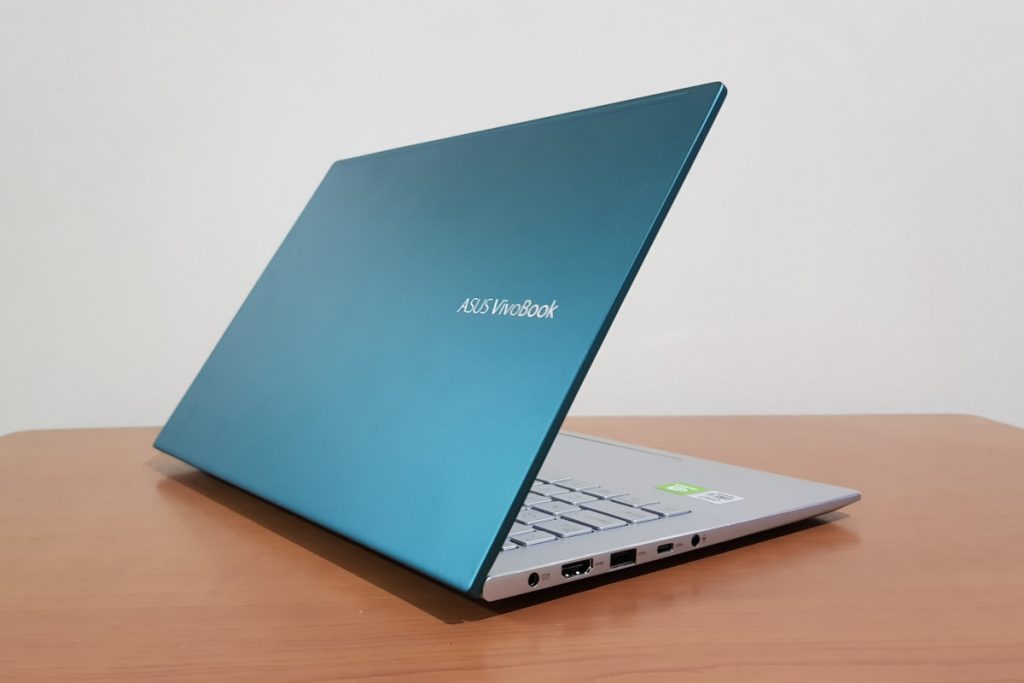 Thanks to its good performance, attractive design, and quality FHD display, the ASUS VivoBook S14 (S433) is a great laptop option, especially for students and working professionals who are currently in-need of a capable notebook for their study/work from home setups.

At its price of PHP 49,995 (for this i5 variant), the S14 is a great deal overall as it’s still quite affordable given the laptop’s premium design.