The first beta for the game starts on August 7. 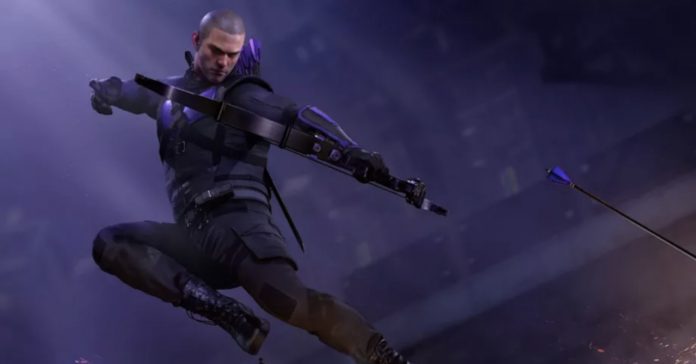 At the recent Marvel’s Avengers War Table stream, the first post-launch hero coming to the game was revealed, and it’s none other than Clint Barton aka Hawkeye!

Hawkeye being part of Marvel’s Avengers was revealed at he event via a teaser trailer, which you can watch here:

While the teaser trailer only showed cinematics, developer Crystal Dynamics did reveal some info regarding Hawkeye’s Avengers appearance. For one, this version of Hawkeye is is inspired partly by the Matt Fraction and David Aja’s ‘My Life As a Weapon’ series. Crystal Dynamics also mentioned that Hawkeye will be available in a free update post-launch for all Avengers players, and he will come with a campaign of his own.

In case you missed it, you can watch the full July War Table here:

Marvel’s Avengers releases on PS4, Xbox One, PC, and Stadia on September 4, 2020, with PS5 and Series X releases following when the next-gen consoles release. The game will have a beta test that will to players on the following dates:

- Advertisement -
Previous articleHuawei releases the FreeBuds 3i TWS earbuds in the Philippines
Next articleSAMURAI SHODOWN: The Legend of Samurai pre-registration is now open