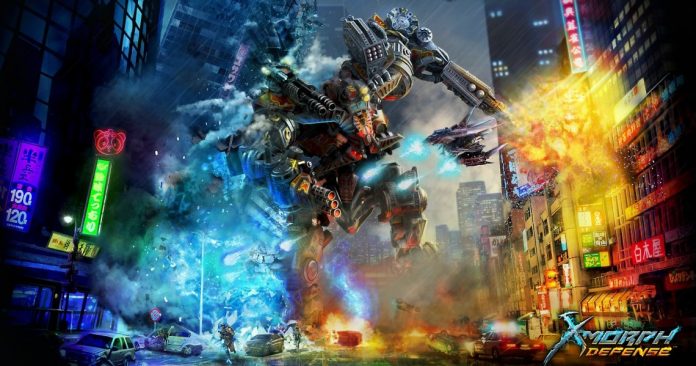 Now here’s a unique amalgamation of video game genres. X-Morph Defense: Complete Edition by EXOR Studios came as a surprise to me because of its mashup of three different things – a bullet hell top-down shooter, tower defense and finally some light RTS mechanics to round up the mix. Will this insane blend of mechanics fill your gaming fix? Let’s find out! 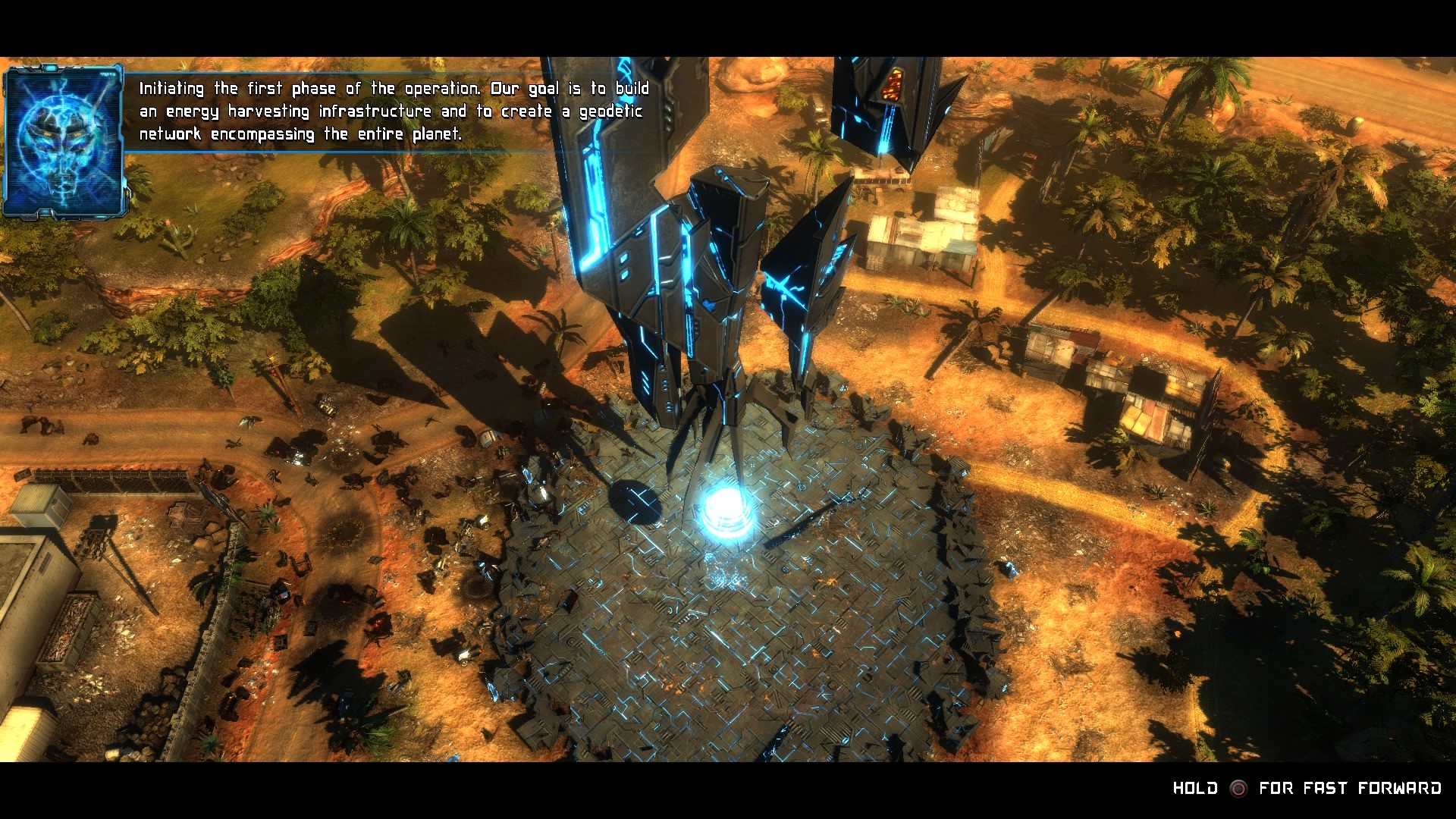 Story in X-Morph Defense is as simple as is gets, and it doesn’t need that much complication because you’ll be focused on the action anyways. But for those curious here’s the skinny – aliens are taking over earth, installing machinations deep within the earths mantle to harvest resources and eventually terraform the planet to their will. The twist here though is that you’ll actually play the role of the alien invaders this time around, particularly one lone ship that mostly does all the work while your piercing structures siphon the earth dry. Paper-thin as the story may seem, (also some really bad voice acting that takes me back to the 90’s in terms of cheesiness) again you won’t really mind all of this it as you’ll be focused entirely on the action, which the game gives by the truckload. 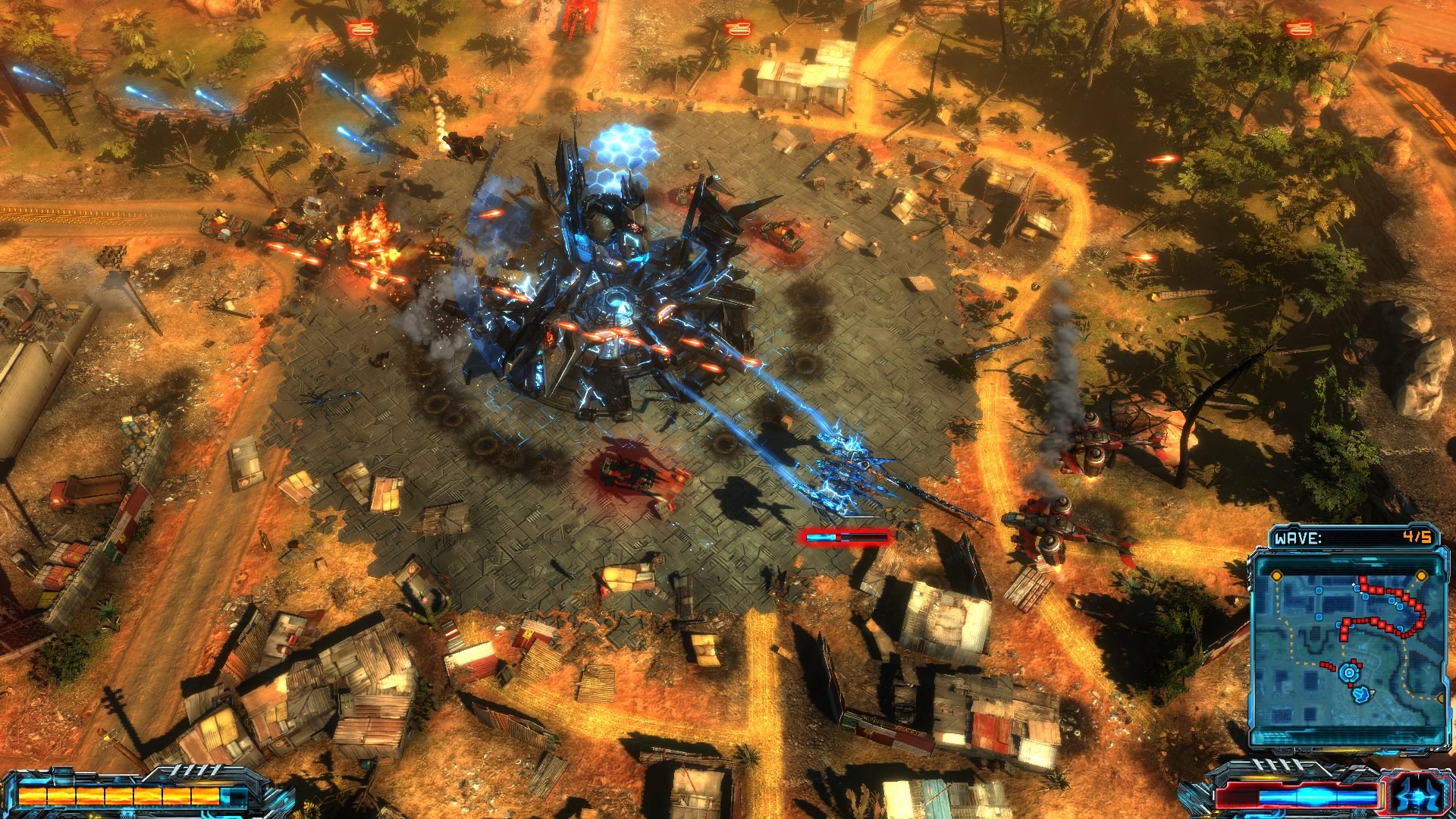 Gameplay is pretty straightforward, your primary goal as the alien ship is to defend a seemingly never-ending barrage of enemies coming both on on air and ground. Firing is as simple as pressing the shoulder button and the right analog stick for aiming. Holding the line is particularly important here but your options are not limited to just shooting whatever moves your way. While it may sound brain-dead simple at first, the game doesn’t stop there because right at the first level you will be introduced to its “building” and “tower defense” aspect which separates X-Morph apart from the known shooters. How a small alien ship can produce land-based structures is beyond me but hey, I’m digging it! 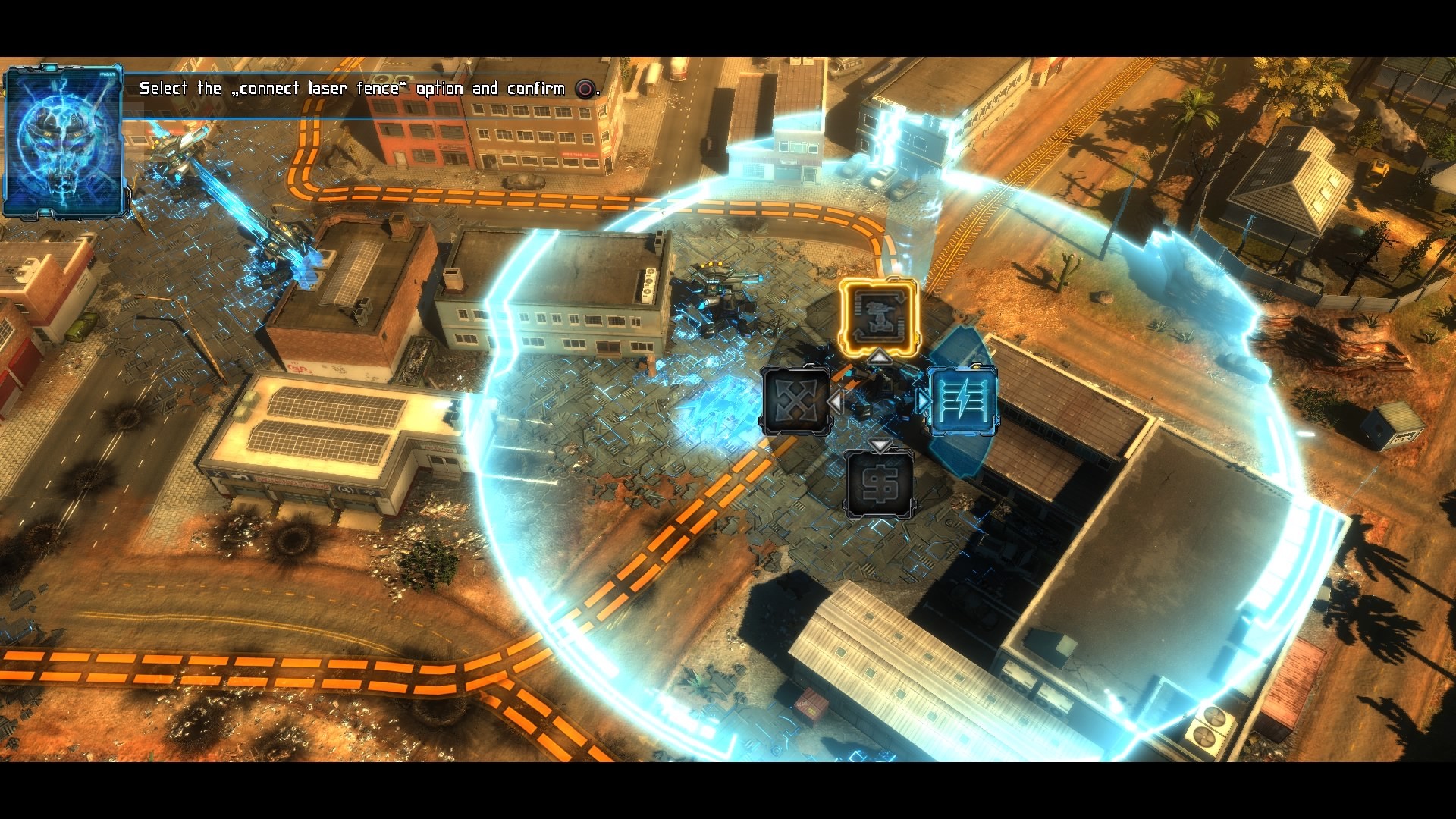 Ghost with the Most

During the course of the game you can unlock new ways to dish out mayhem via a skill tree. Improving or adding new functions like bombs certainly is a welcome addition especially when dealing with the harder waves of enemies.

What adds another layer of strategy here is when you transform into “Ghost Mode”, placing the towers and other structures for defense at the right locations, and where to prioritize your fights, I liked the fact that they did not go the just-fire-at-everything-and-hope-for-the-best route, which is usually a cheesy and overused mechanic, at least for me. 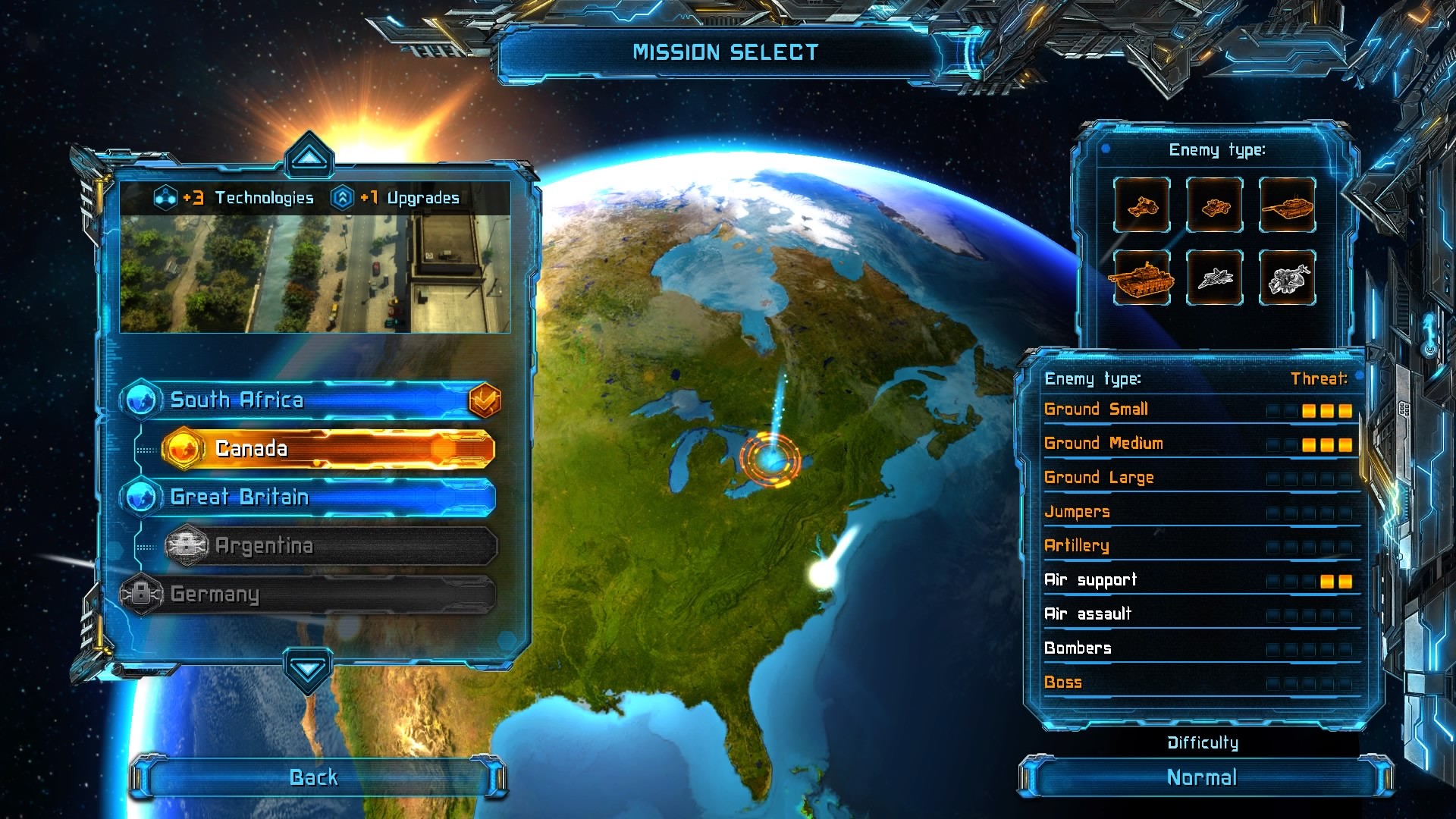 What I really loved about X-Morph is that each level doesn’t feel that repetitive and most of the time you will definitely rethink previous approaches because of the varied level designs – to the point where I actually found it fun experimenting on new ways to beat a level. Though the game is normally expected to be short, a lot of replayability can be had with aiming for a high score or my personal favorite – the Endless Survival Mode.

Perhaps the only tiny negative I can think of (though for not too long) in this game are the controls, which can be problematic at the wrong times. There were a lot of moments where I was charging the R2 hoping for a full blast on some air-based fighter planes only for the trajectory to sway at the very last second, hitting no one. Maybe its just my crappy handling but it happened more often than not to make it a bit annoying. It was a bit manageable later on when I got a good feel on the sensitivity though. 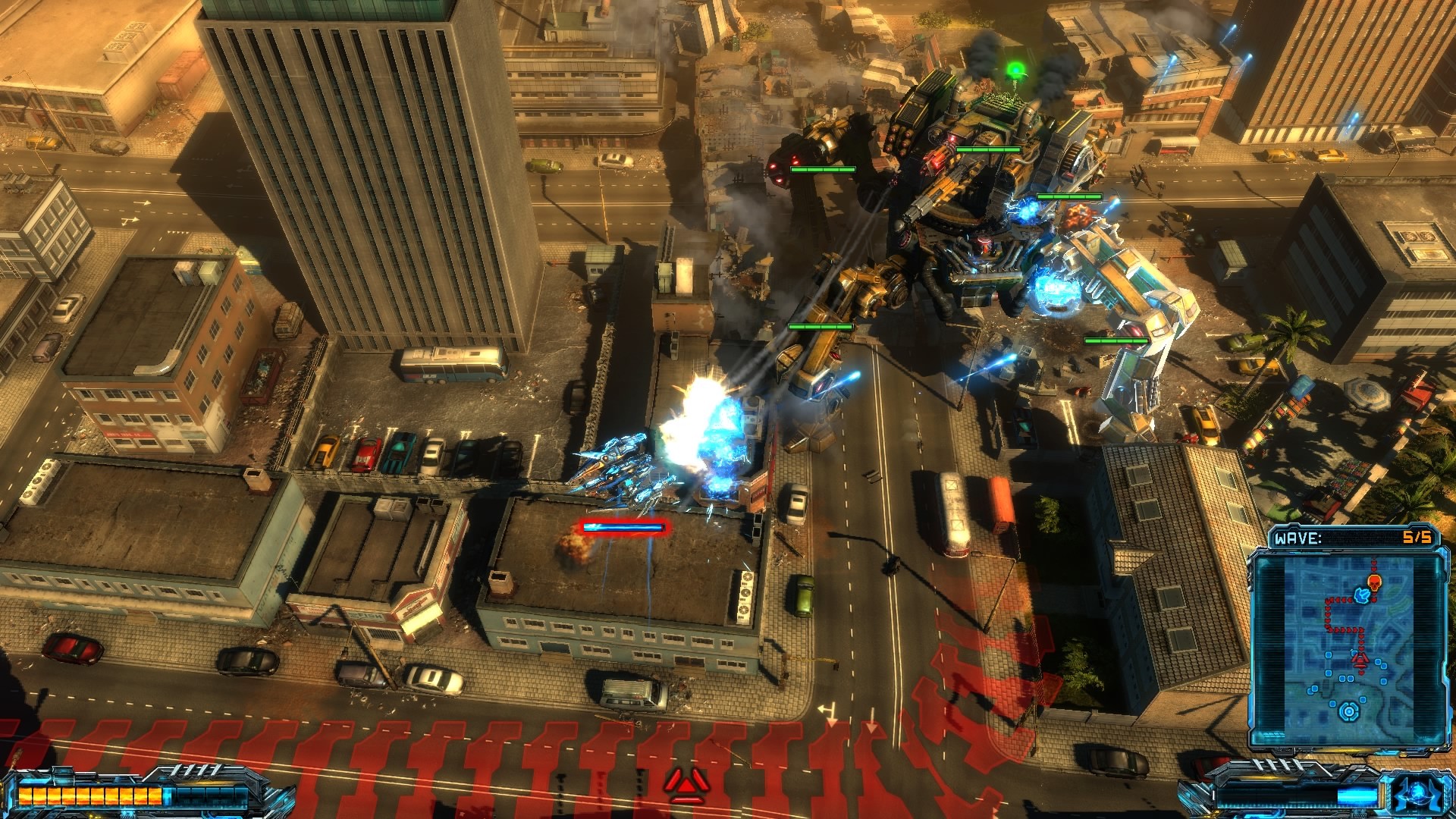 Overall, I like the direction EXOR Studios is going with this. This complete edition for the PlayStation 4 looks to be the definitive experience if you want a hybrid shooter for the console. The dynamic gameplay and eye-candy visuals of X-Morph Defense (especially on boss fights) makes for a pretty fun and chaotic ride. 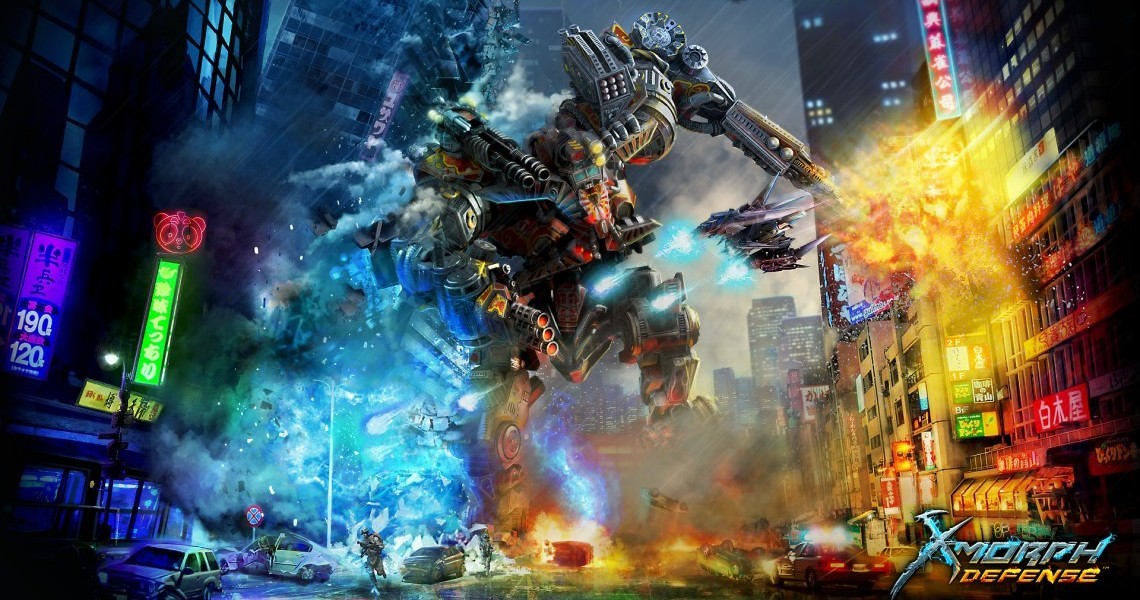 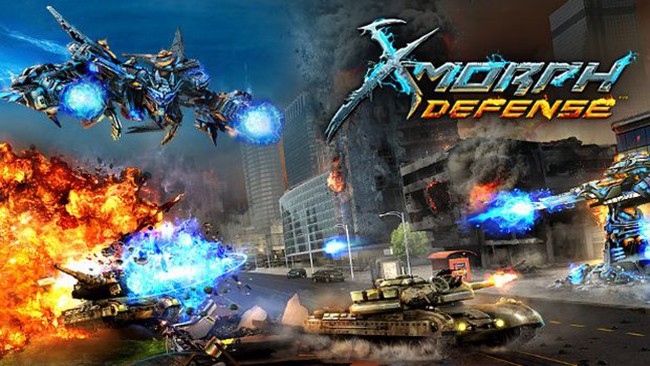 For what the game presents, X-Morph Defense: Complete Edition gives your fix of a top-down shooter that goes the extra mile in incorporating some unique bells and whistles that’s definitely worth your time.

There's some good chaotic fun to be had with this twin-stick hybrid. That is going in the right direction and I want to see more of this genre (hopefully) soon.X-Morph Defense: Complete Edition Review | A twin-stick triumph