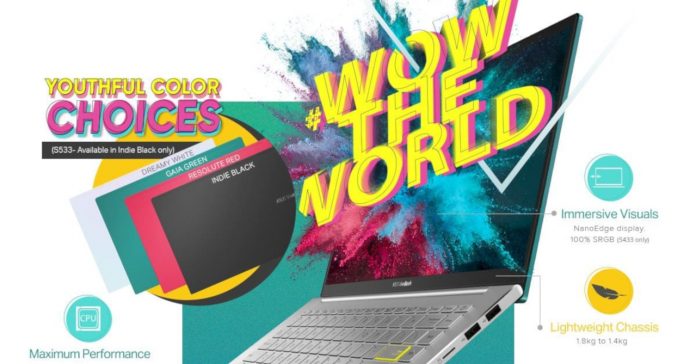 After the initial announcement a few weeks ago, ASUS Philippines has finally launched the new VivoBook S14 (S433) and S15 (S533). These new laptops from ASUS are designed for the youth as they feature four eye-catching color options, as well as capable specs for work/school needs. Specifically, the new VivoBooks are powered by the latest Intel 10th generation processors. 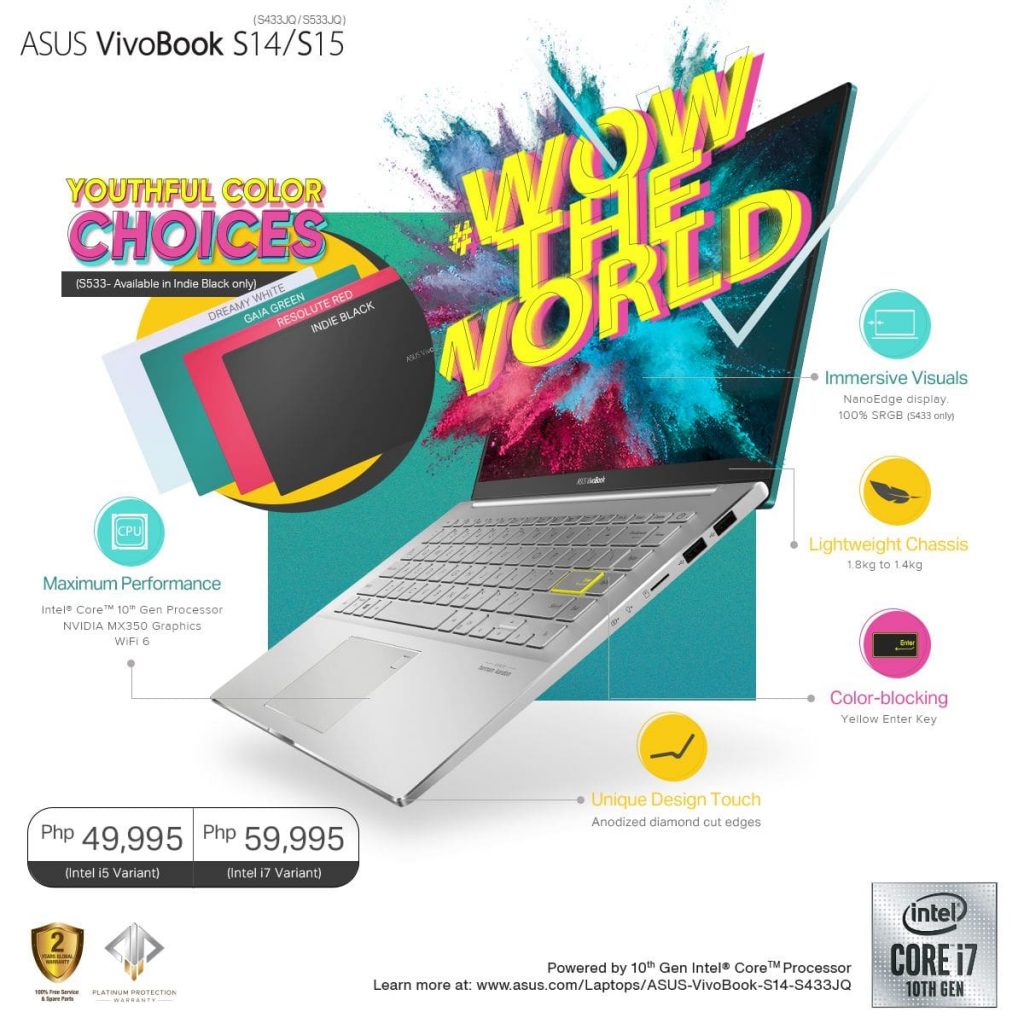 Meanwhile, the VivoBook S15 has a larger 15.6-inch display, but it has pretty much the same internals as the S14:

The ASUS VivoBook S14 and S15 are priced at PHP 49,995 for the i5 variant, and PHP 59,995 for the i7 variant. Both laptops are now available at ASUS Concept Stores nationwide, as well as through the official ASUS online stores in Lazada, Shopee, and E-store.