Fall Guys: Ulimate Knockout is getting a mobile version

It'll only be available in China though. 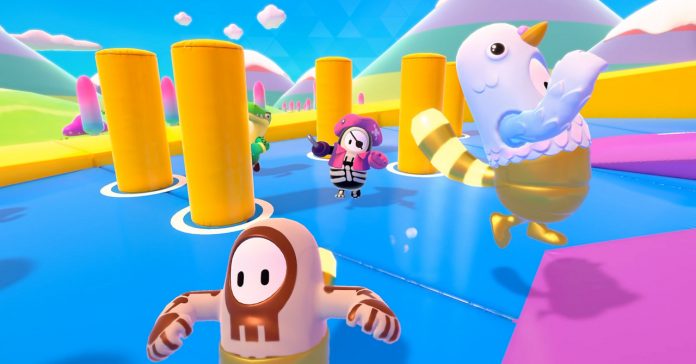 Released earlier this month, Fall Guys: Ultimate Knockout has become a major hit, selling over 2 million copies on Steam after just one week, and getting millions of players on the PS4 as well. Thanks to the game’s popularity, it seems that a mobile version of the game is in the works!

Chinese games and entertainment company Bilibili has secured the rights to publish a mobile version of Fall Guys: Ultimate Knockout in China.

The game released for PC and PS4 on August 4, 2020 and has become a viral hit.#FallGuys https://t.co/BjElzemUGr pic.twitter.com/EBgYq3pck5

While a mobile release of Fall Guys is coming to China (under the title Jelly Bean: The Ultimate Knockout), there’s no word yet on if the game will release on mobile devices in other countries sometime in the future.

Ahmad may not have shared much details regarding the official mobile version of Fall Guys in China, he did tweet possible screenshots of the game’s Chinese mobile release.

I think this is the first official confirmation of a mobile version of the game being in development?

Not too surprising to see. But interesting that the China announcement has come first with seemingly no confirmation of a mobile version for the West. pic.twitter.com/JzODsZuyoS

In case you’re unfamiliar, Fall Guys: Ultimate Knockout is a last man standing game that takes inspiration from shows such as Takeshi’s Castle and Wipeout. In each Fall Guys match, 60 players compete in a series of mini-games which feature obstacle courses and team battles. As the match progresses, more and more players are eliminated until there is only one player standing.

Fall Guys: Ultimate Knockout is available now on PC via Steam and on the PS4. According to the developers, there are also plans to release the game on other consoles as well.