Hyper Scape is out now on PC, PS4, and Xbox One 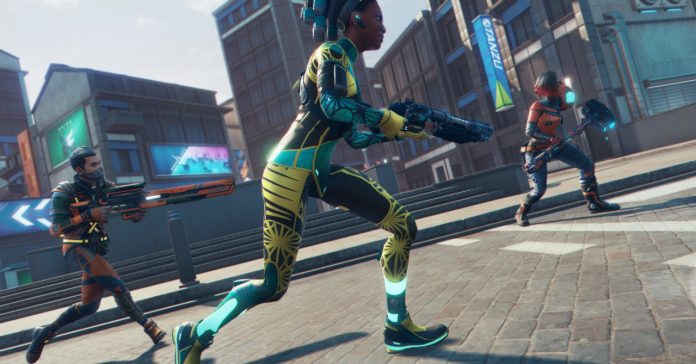 Following its announcement and subsequent open beta, Ubisoft’s new battle royale Hyper Scape is now available on PC, PS4, and Xbox One for free. The game’s official release coincides with the launch of Season One: “The First Principle”.

As the game’s first season, The First Principle introduces lots of new content, including a brand new mid-range weapon called the Dragonfly, as well as a new Magnet hack. Overall, Season One will include a total of 11 guns and 11 hacks. The season also brings more limited time game modes which will go live as the season progresses.

For more items, Hyper Scape Season One also includes even more customization items through the Battle Pass. Available in a free and a premium track, the Battle Pass features 100 tiers of cosmetic items to unlock. The game’s premium Battle Pass track is available or 950 Bitcrowns, the in-game currency.

Items aside, Season One also marks the start of Hyper Scape’s narrative. The storyline of The First Principle is described by Ubisoft as:

“There is a mystery in the Hyper Scape created by Prisma Dimensions that players will have to solve. Season One introduces Memory Shards that players can collect to discover more about certain characters and events. Every week, a new Memory Shard will be hidden in the game world, for players to find and collect. In addition to Memory Shards, comics will be released during Season One and following Seasons, building Hyper Scape’s story.”

“We are tremendously proud of today’s launch across PC, PS4, and Xbox One. We’ve worked passionately for over two years to get to this milestone and we’re excited to say this is just the beginning,” said Graeme Jennings, Executive Producer on Hyper Scape. “With our fast-paced urban gameplay and one of a kind Crowncast Twitch extension, we’ve introduced a fresh new way to both play and interact with a Battle Royale.”