The new in-game event is live now until August 17! 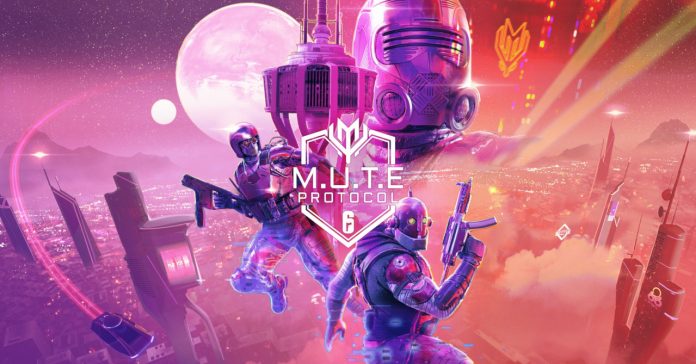 Following the Operation Steel Wave update back in June, Ubisoft has announced the new limited-time event for Rainbow Six Siege, and it’s called M.U.T.E. Protocol. This new Rainbow Six Siege event includes a new take on the Secure Area game mode that’s based in a futuristic version of the Tower map. Aside from this, the event also features new in-game items.

Check out the trailer for the Rainbow Six Siege event here:

The highlight of the event is the new sci-fi-inspired take on the Secure Area game mode, and it tasks attackers to shut down the titular ‘M.U.T.E Protocol’ while defenders hold the Comm Tower to prevent them from doing so. In this game mode, 41 Operators will be available to play for gameplay reasons. The non-playable Operators include: Twitch, Thatcher, Mozzie, Mute, Maestro, Valkyrie, Dokkaebi, Echo, Goyo, Clash, Montagne, Blitz and Caveira won’t be available.

Aside from a sci-fi spin on Secure Area, the event game mode will include a new feature called Morphing. Basically, Morphing allows attackers to switch between Operator and Drone forms as they are tasked with securing two areas. Meanwhile, defenders will be able to use bulletproof cameras to travel digitally through the network.

Alongside the new game mode, M.U.T.E. Protocol also brings 26 new items, including customizations for Jackal, Lion, Ying, Kapkan, Mira, Mute, Oryx and Vigil. These items can be obtained through M.U.T.E Protocol packs which can be earned through a special Event Challenge, or as purchase packs for 300 R6 Credits or 12500 Renown each.

- Advertisement -
Previous articleCheck out the latest trailer for ‘Demon Slayer The Movie: Mugen Train’
Next articleMeta.us and JBL team up for new DOTA 2 Open League in the Philippines